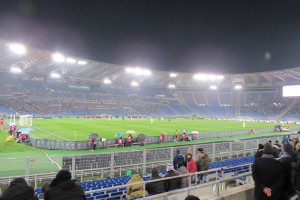 After 3 great Portuguese days, I went to Italy this time. Lazio was playing Juventus for the Coppa Italia. 2 big teams, so you never know what to expect, except in Italian football.. I had a 0-0 in mind but it became a 0-1 win for Juventus. If they would have played a bit better it could have been more for the visitors.

Stadio Olimpico is a very nice stadium but I think the fans are too far away from the game. I didn't feel attached to the game at all. Even in the lowest divisions in Belgium you can feel the game from the stands, but in Stadio Olimpico, nope... But I guess it's in many big stadiums or at least the stadiums with an olympics track.

Lazio fans didn't really support their team because of the protests, compared to the Juve fans.. 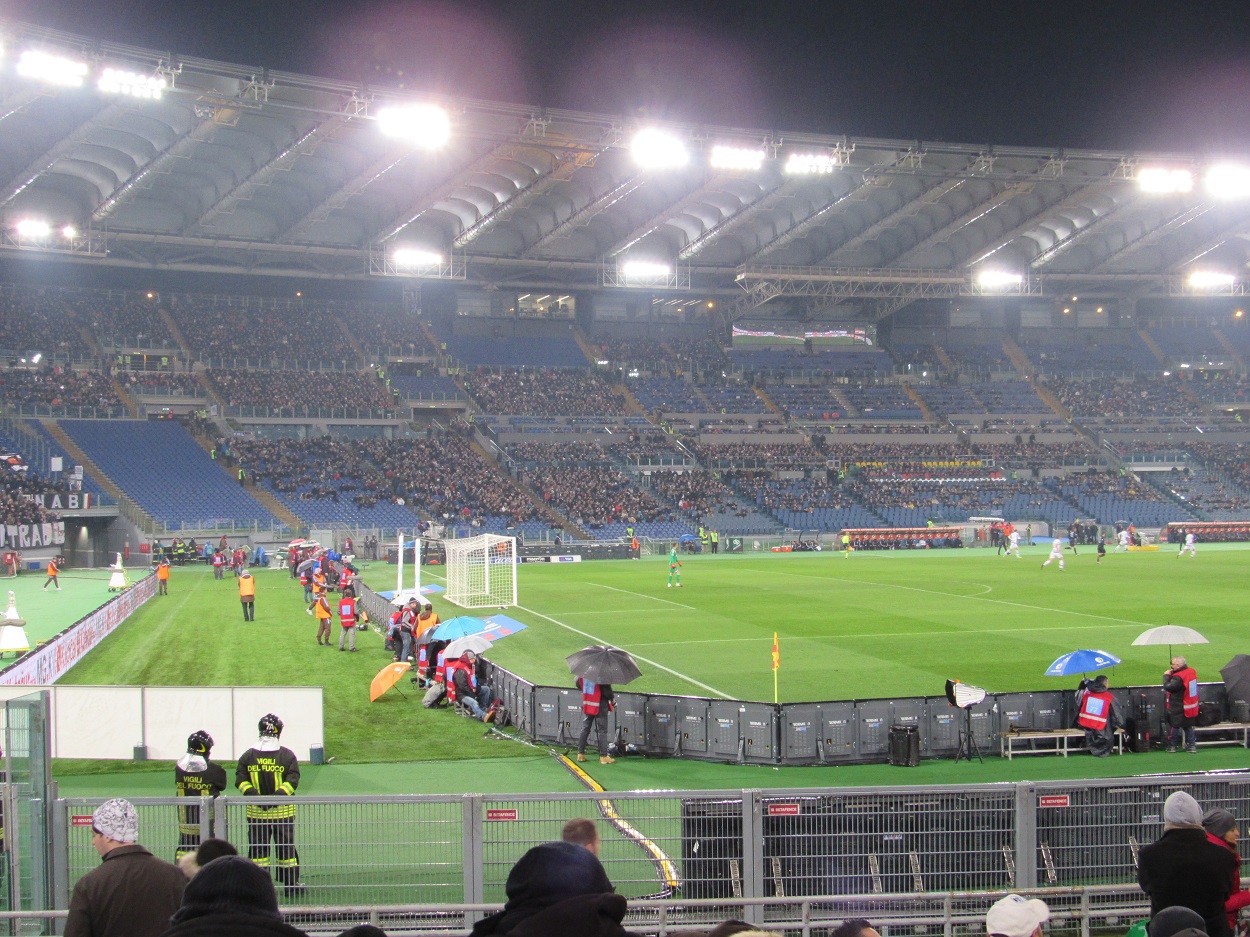 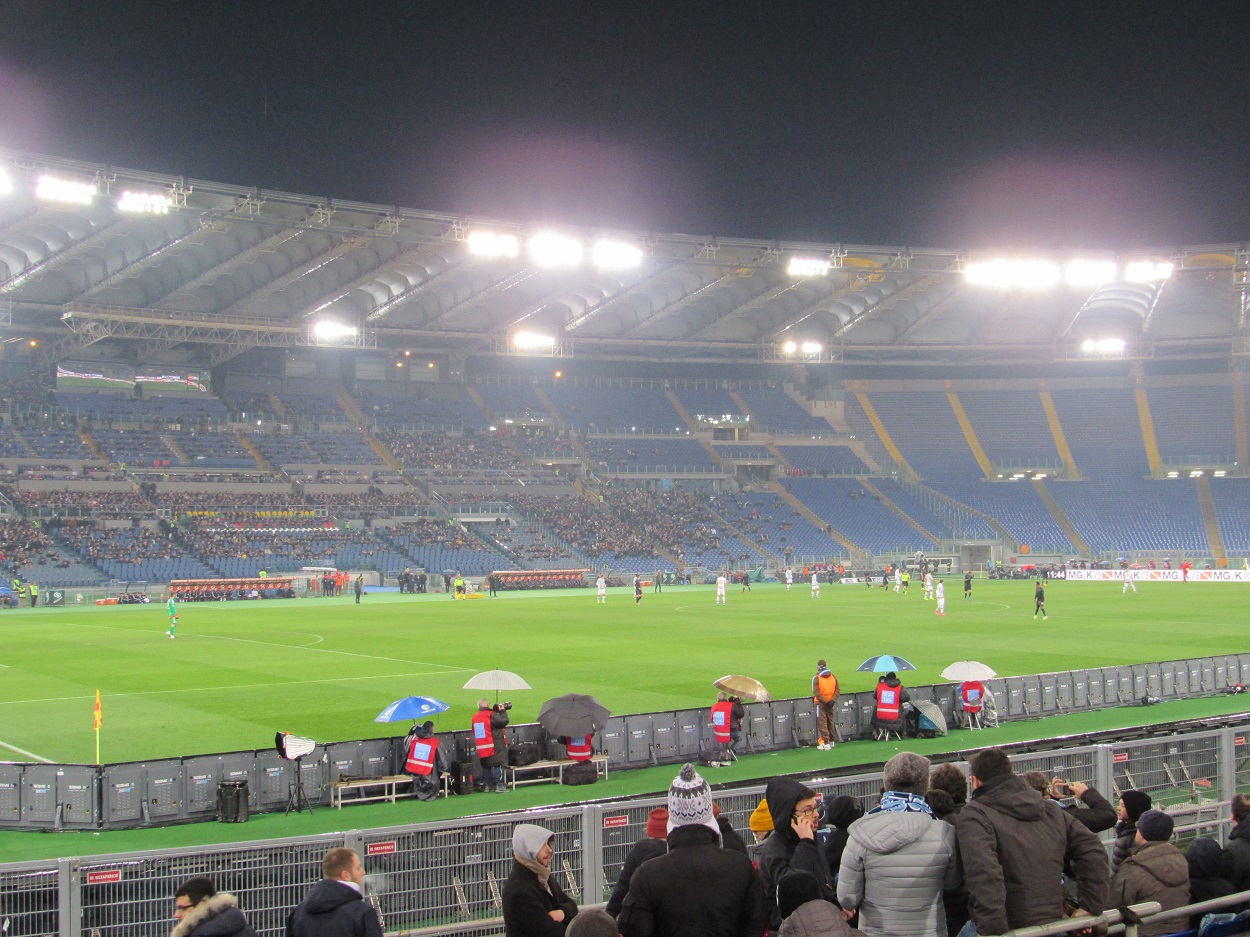 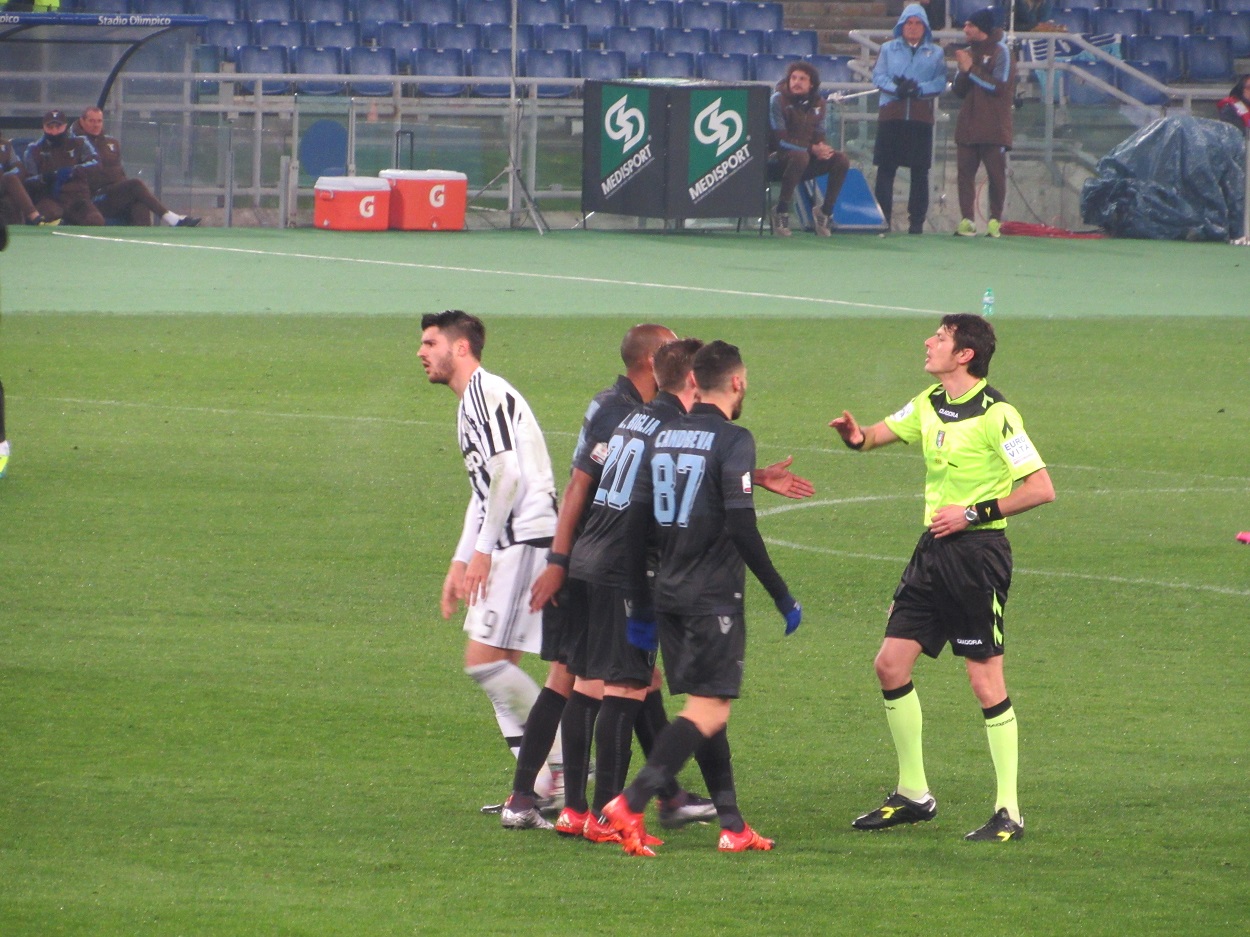 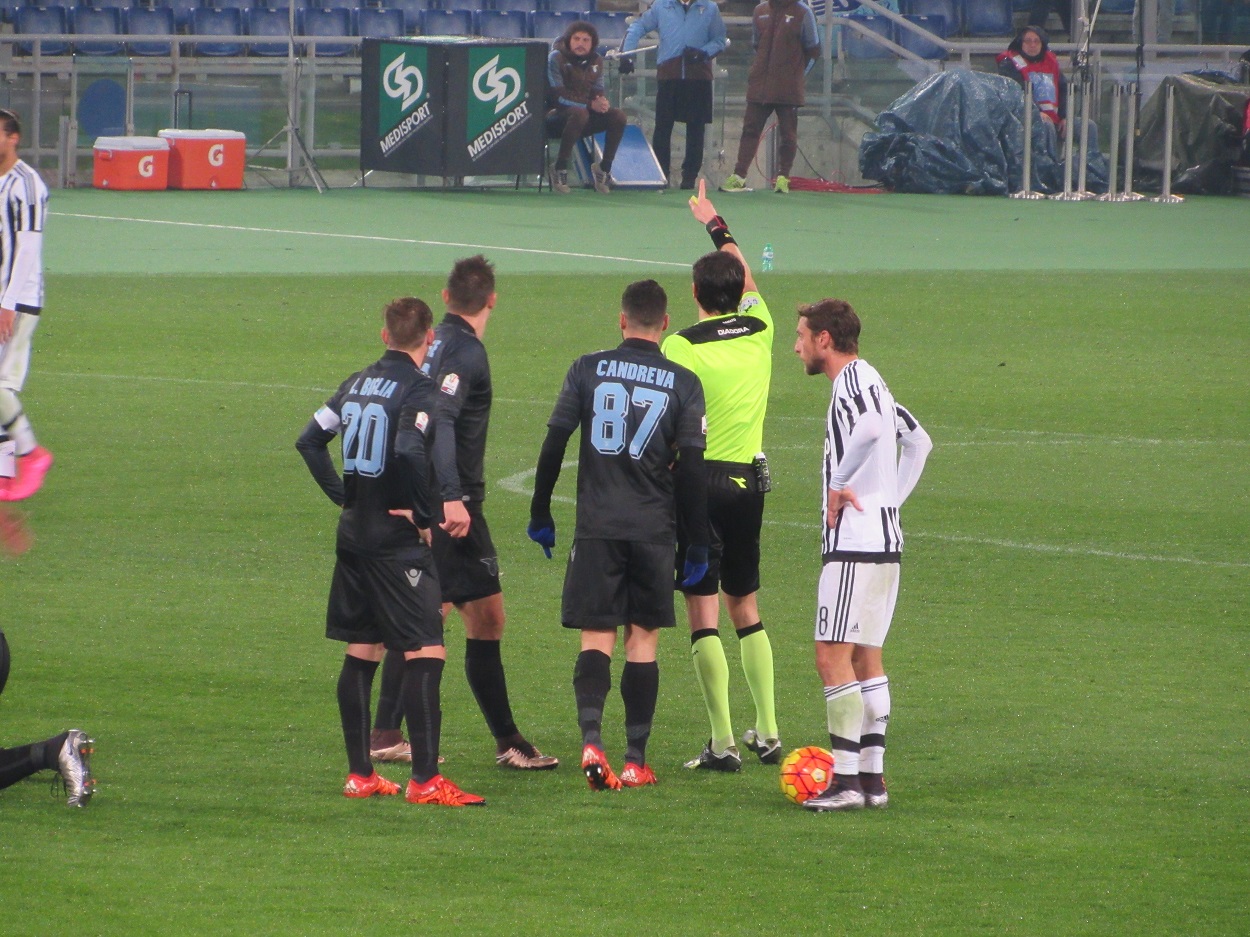 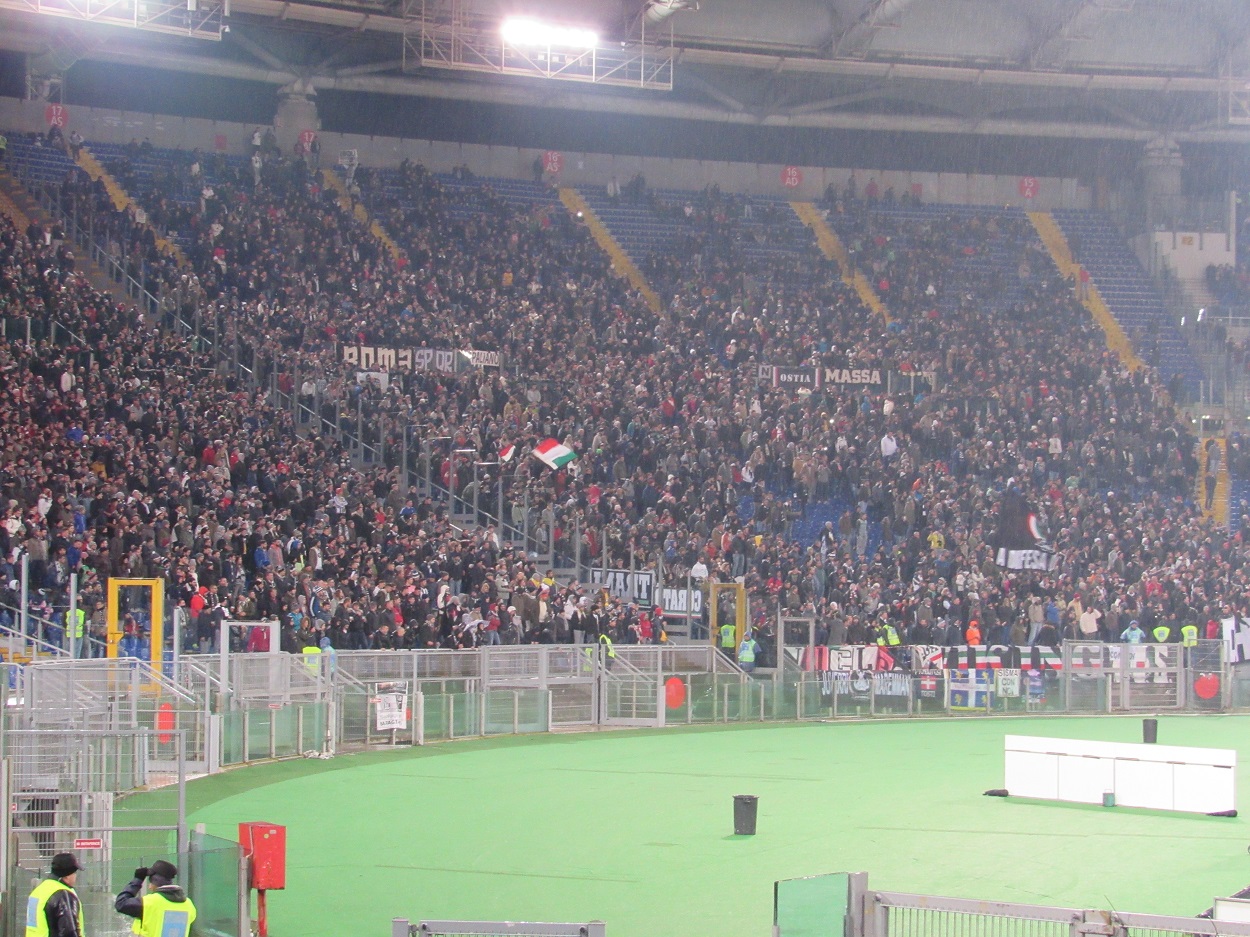 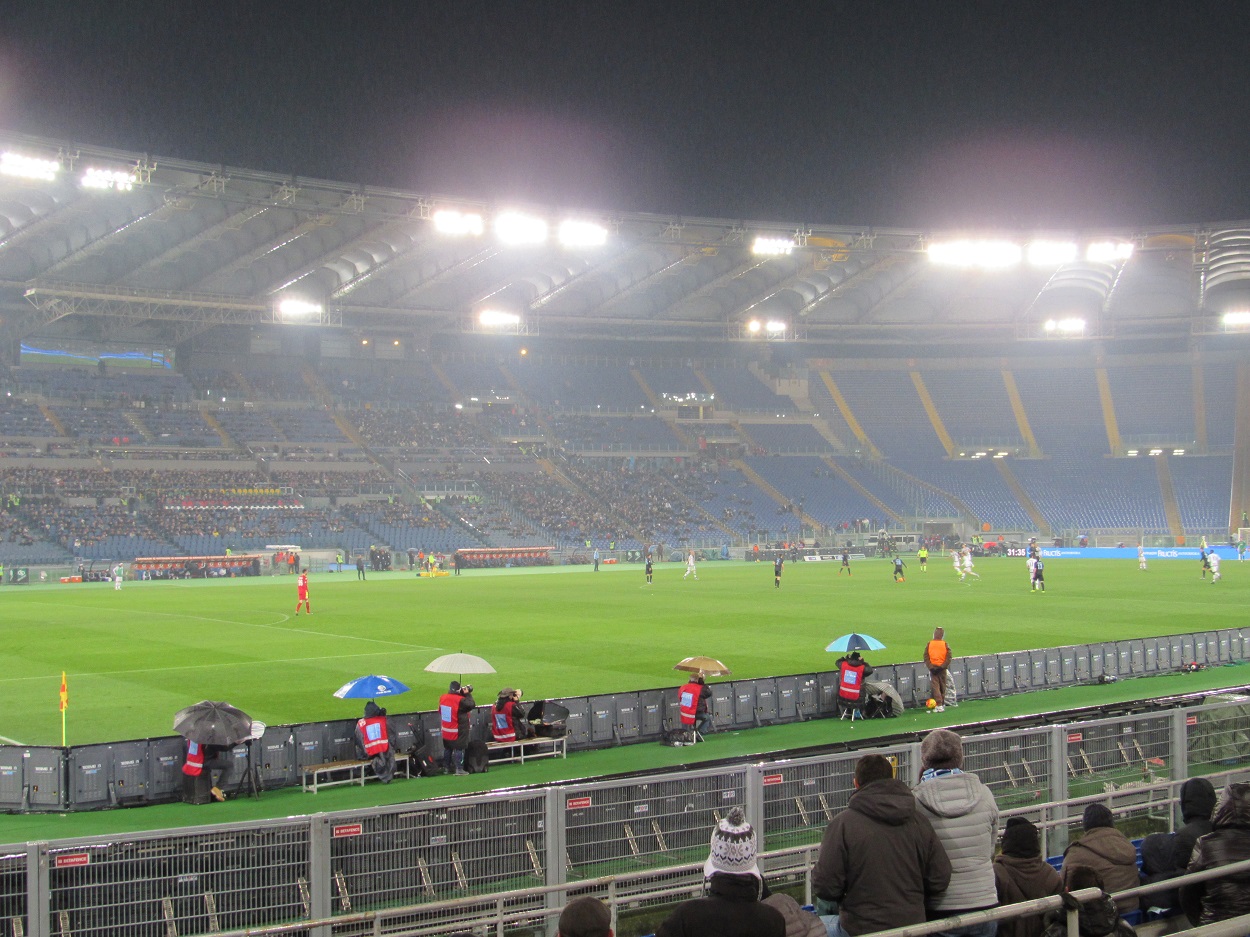