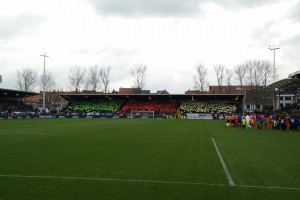 Leaving the house at 9am and being back home at 9pm. Those are very often very good “away days”. For me this was not an away day as I support non of both teams but KV Oostende was just 1 of the grounds I still needed to see in Belgium. After visiting them, I only need to visit the new KAA Gent stadium, the Ghelamco Arena and Stade du Pays, Charleroi.

After visiting the Mispelplein (click here for pictures), which is a lost ground, my friend and I went to the Albertpark for the “Zeeslag om Vlaanderen”. We hoped to find KV Oostendes’ famous owner, Marc Coucke. We even e-mailed him last week and got a nice reply but he was nowhere to be found.

The game started with a small but very nice tifo by the homeside. The homeside were the better team in the first half but Club Brugge took the lead just before half time. The second half was less interesting but KV Oostende got a few chances to equalize but when they got closer Club Brugge doubled their lead and the game was over.

The KV Oostende stadium is actually a strange one. It looks like they had 2 or 3 original stands and when the club expanded, they just built a new stand. So when you look at the ground, it looks like it contains 7 or 8 completely different stands.

We had to visit this ground NOW as they will demolish a big part of it because they will expand the entire stadium and build new, bigger stands.

Anyway, this was a very nice (and cheap, just €15!) game and stadium. The club looks like a very warm family club, a must visit actually! 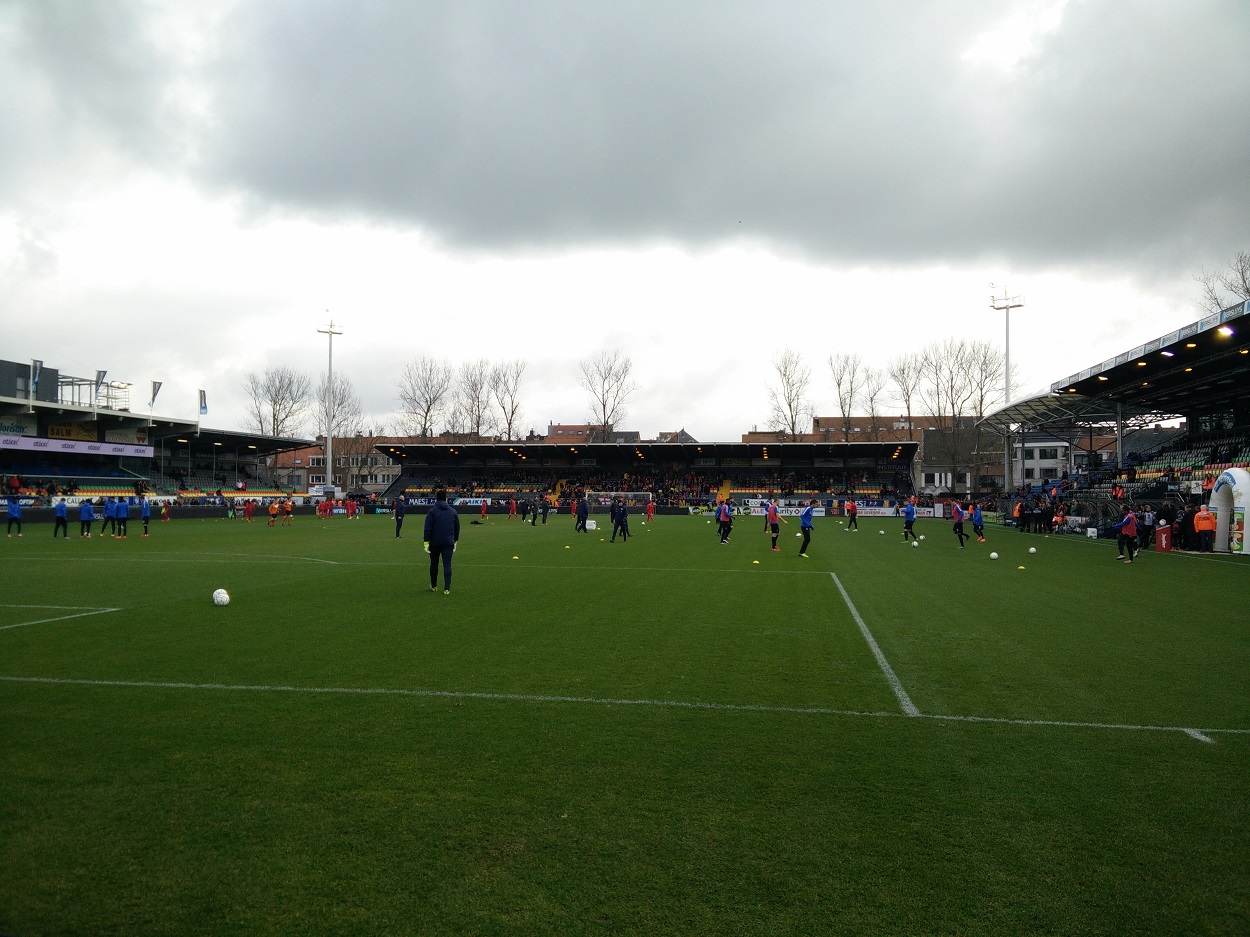 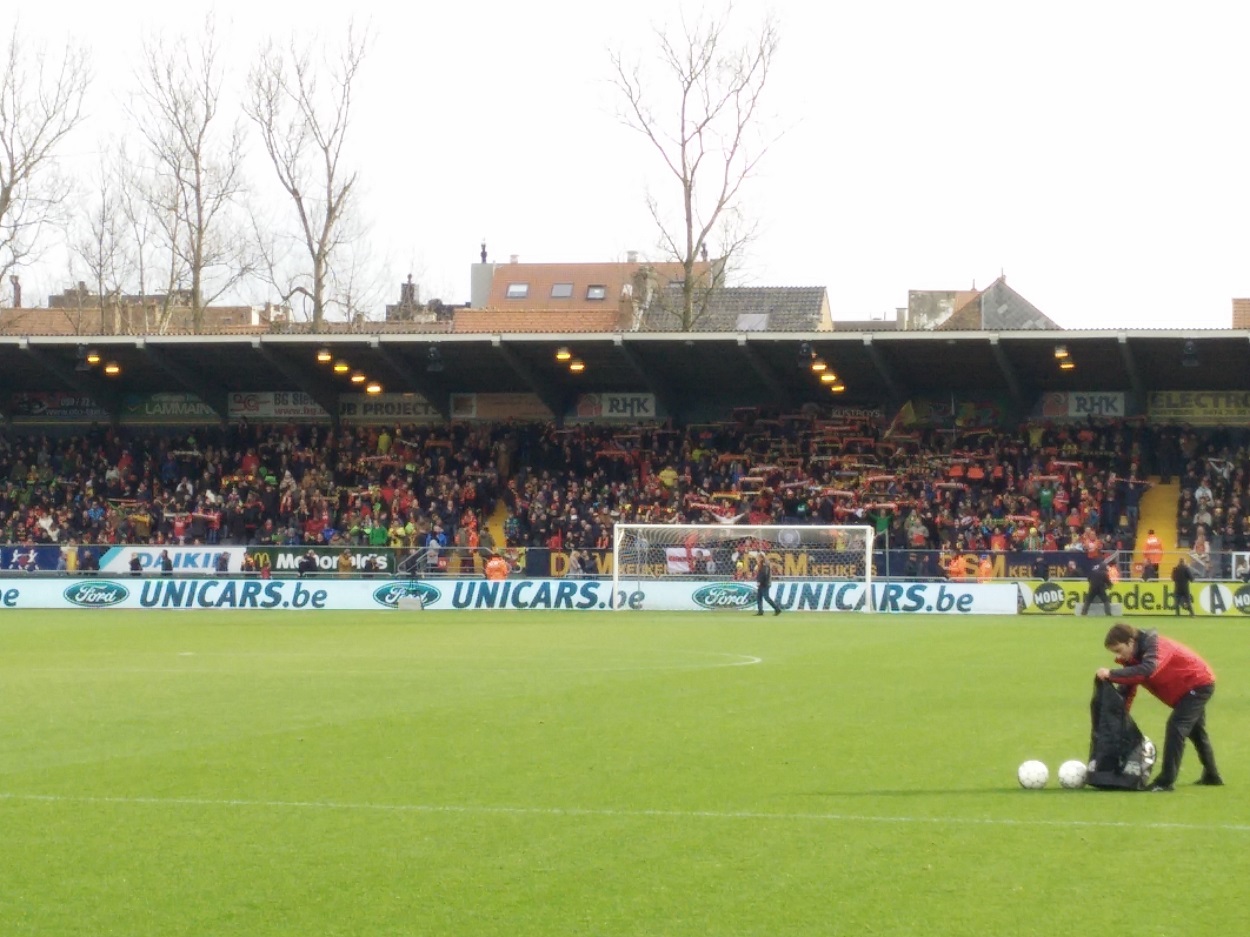 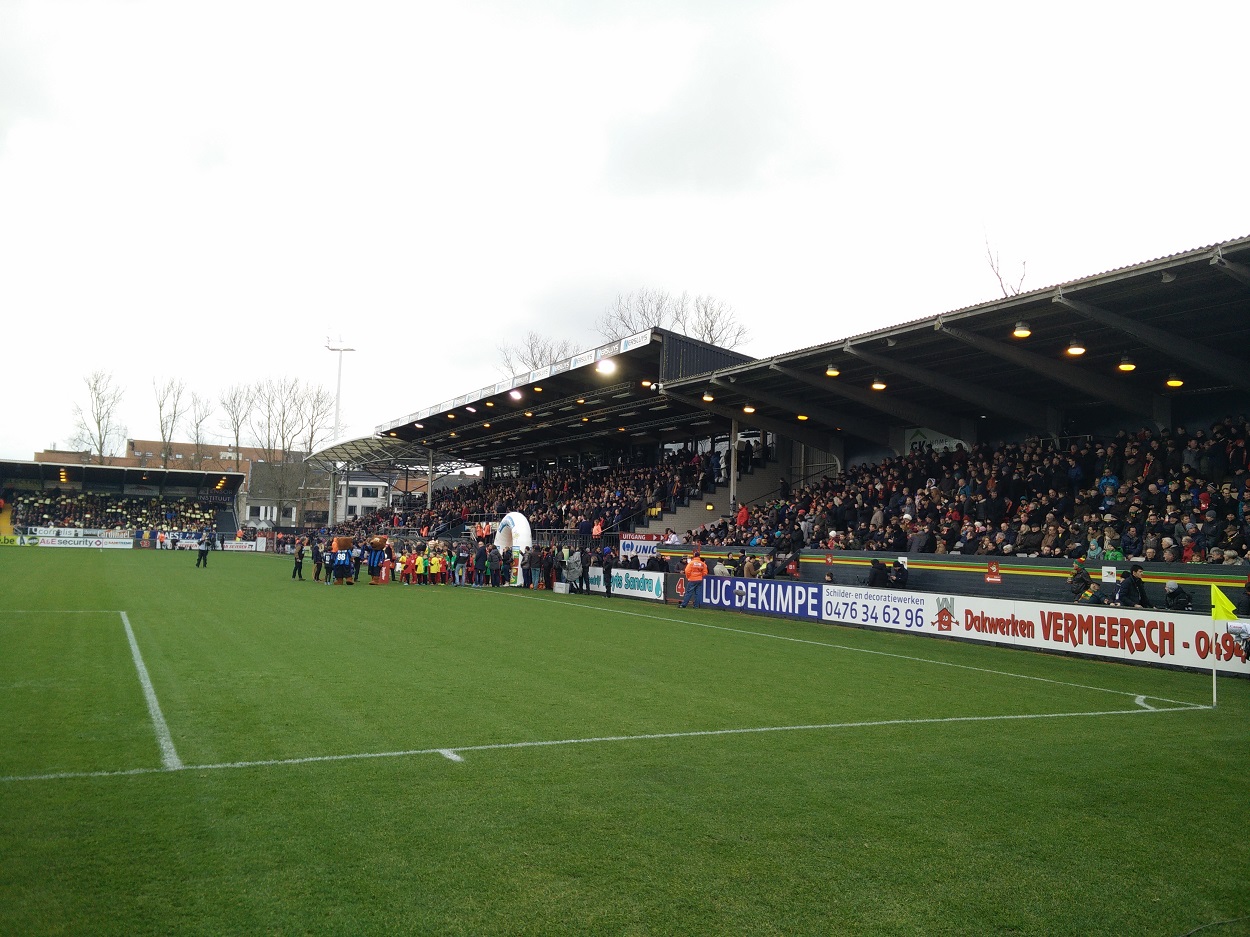 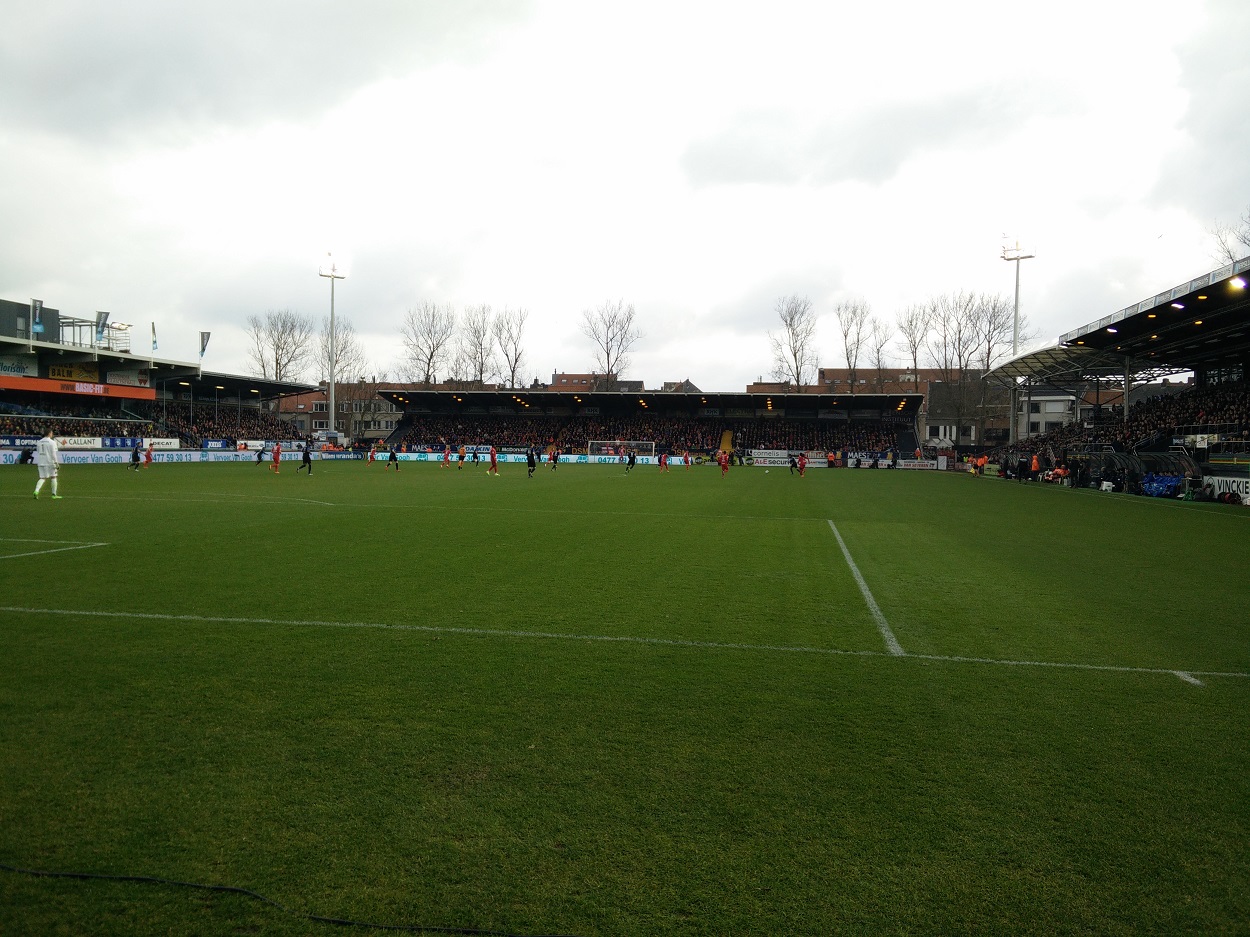 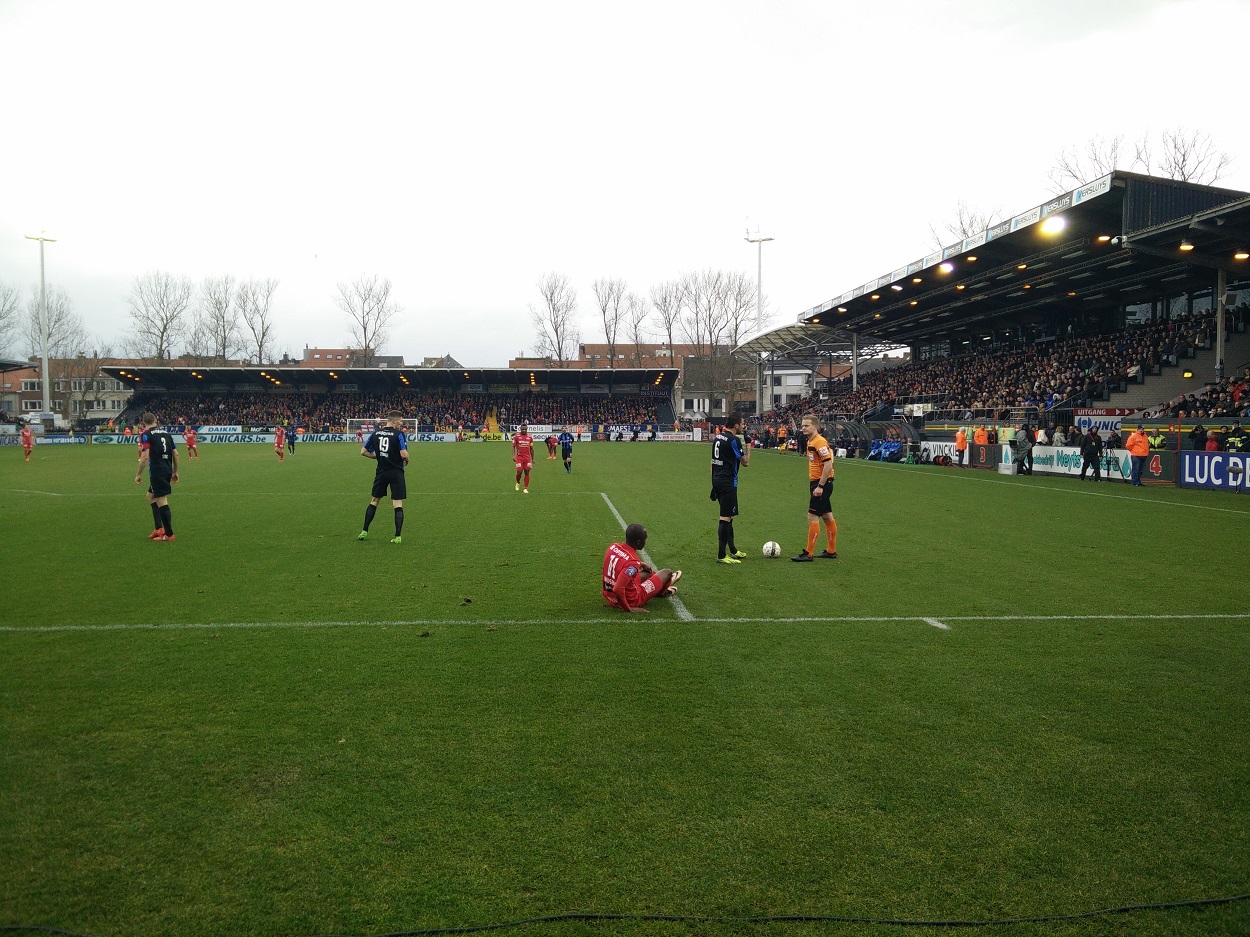 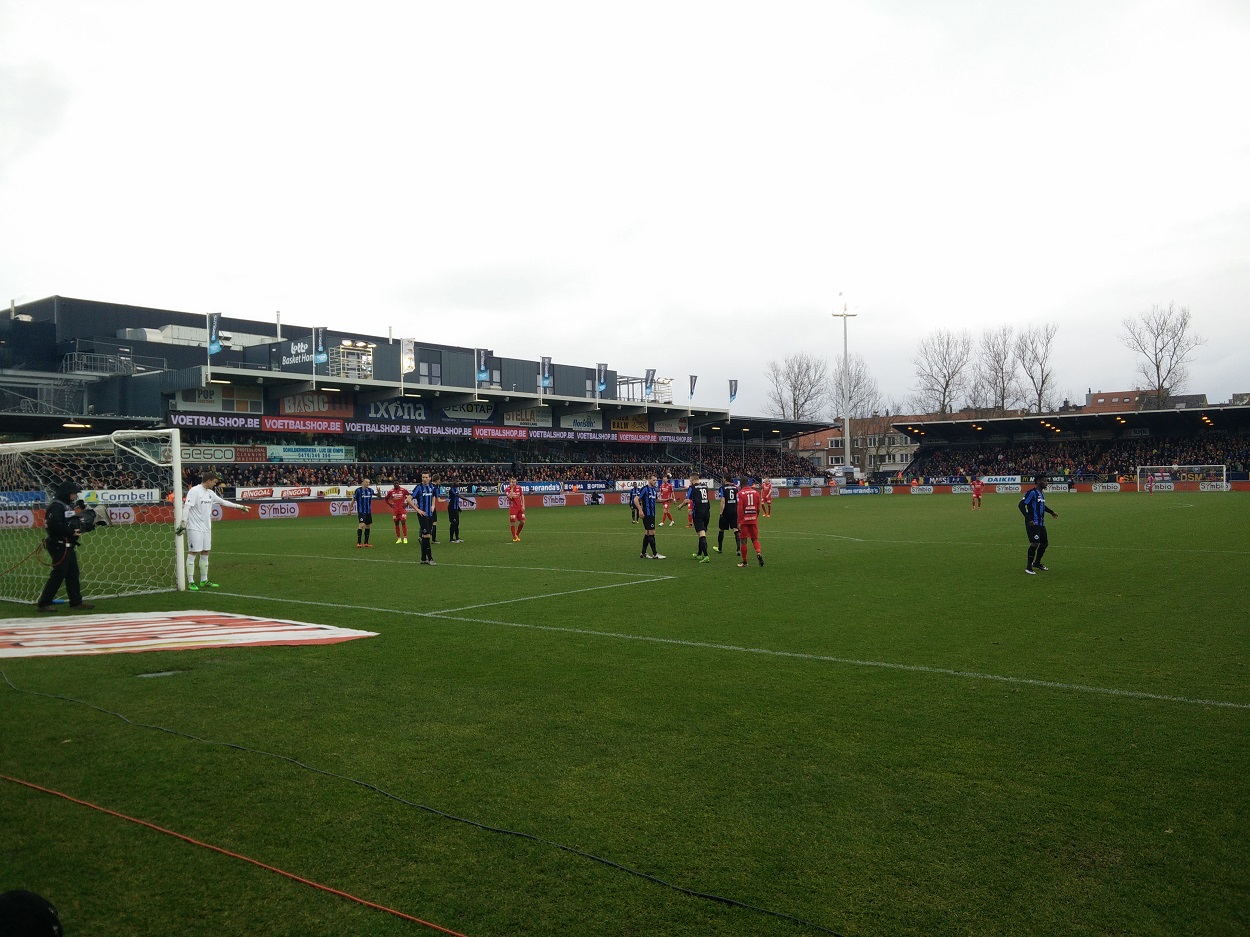