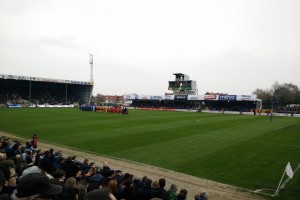 Off to the seaside for KV Oostende - Club Brugge! Oh wait, nope, KV Oostende is rebuilding their main stand so they play their home games in Play Off I at Schiervelde, the ground which is normally used by KSV Roeselare (2nd division). Before arriving at the ground we visited the Rodenbachstadion, which is beautiful old ground!

I already visited this game last February when it was played at KV Oostende, which was an entertaining (but cold) game. Because of moving to Schiervelde, KV Oostende only sold about 3.000 tickets. Luckily for them Club Brugge also sold about 2.000 tickets to make the stadium half full.

The game started very well for Club Brugge making it 0-1 after 20 minutes. Only 10 minutes later they had to play the remaining game with 10 players as Poulain was send off with a straight red card. After the red card Club Brugge only got 1 more good chance which was cleared off the line but their defence stood very strong and they actually never got in big trouble.

Schiervelde is a ground which is build in 1987 which means it's not a very old ground. It has nice terraces  and 2 big stands. As a "neutral" fan we were given the terraces next to the main stand, so we couldn't see the entire pitch while the stand next to us was all empty (with a better view..) BUT KV Oostende used it for a big screen with commercials.. a big shame, really.. 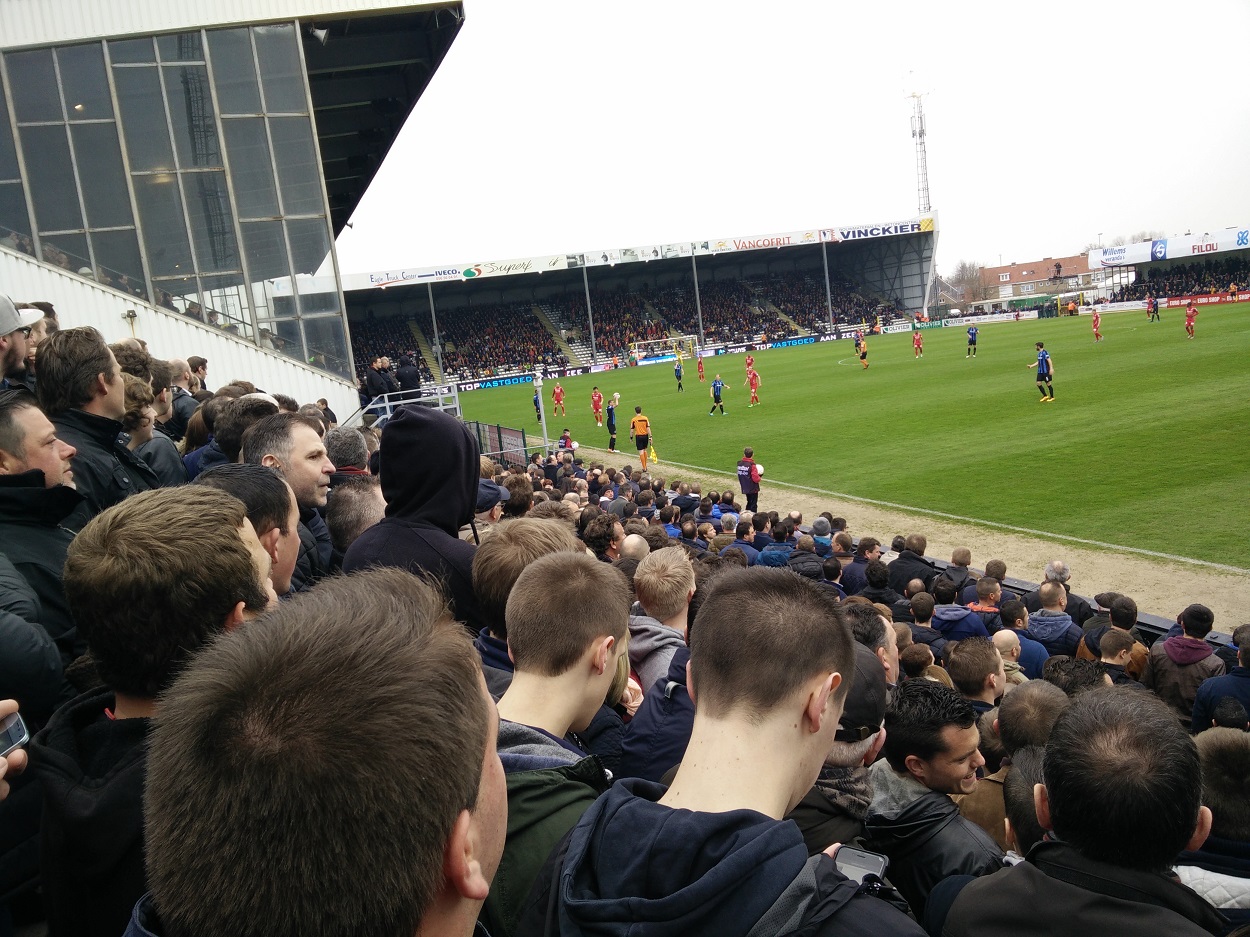 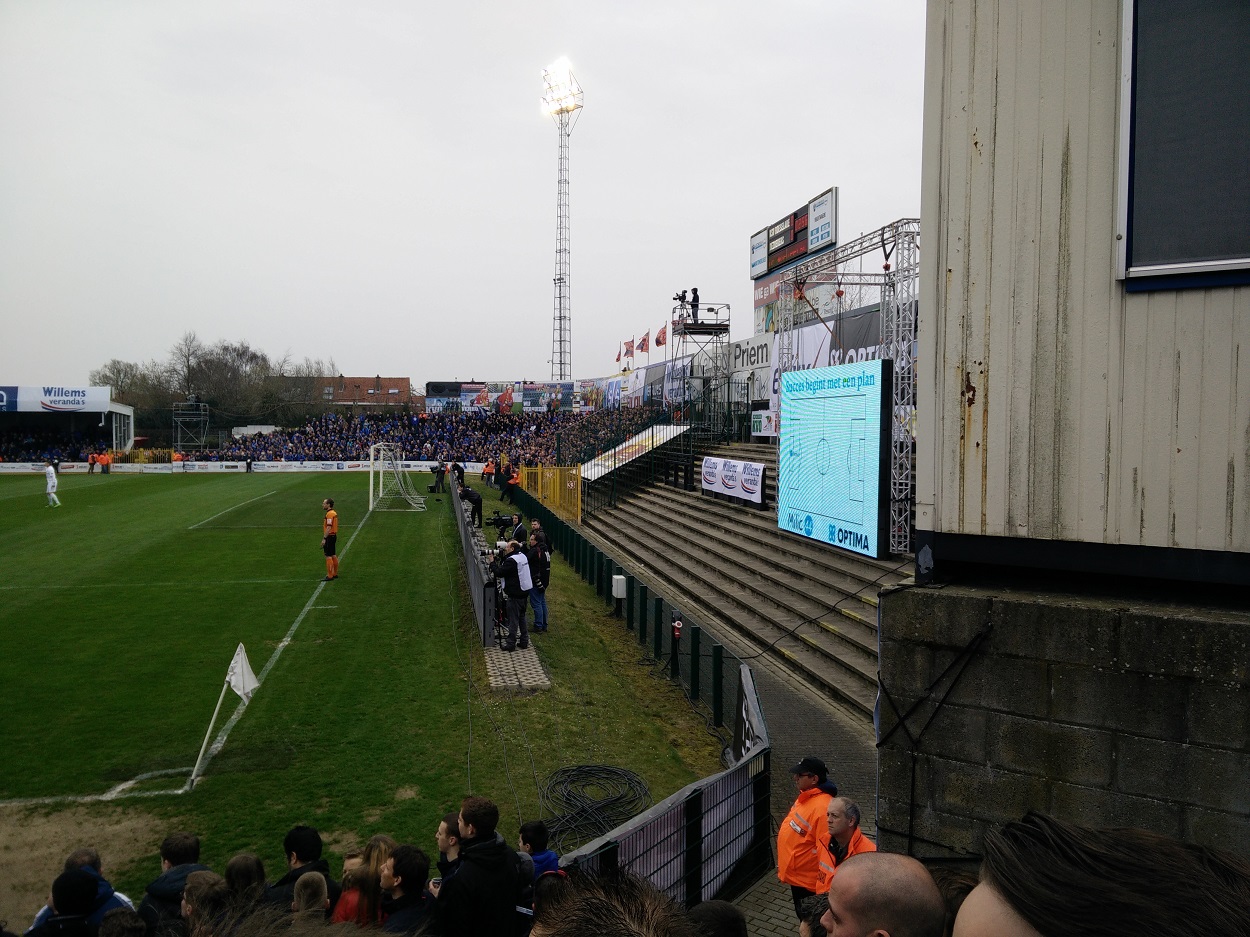 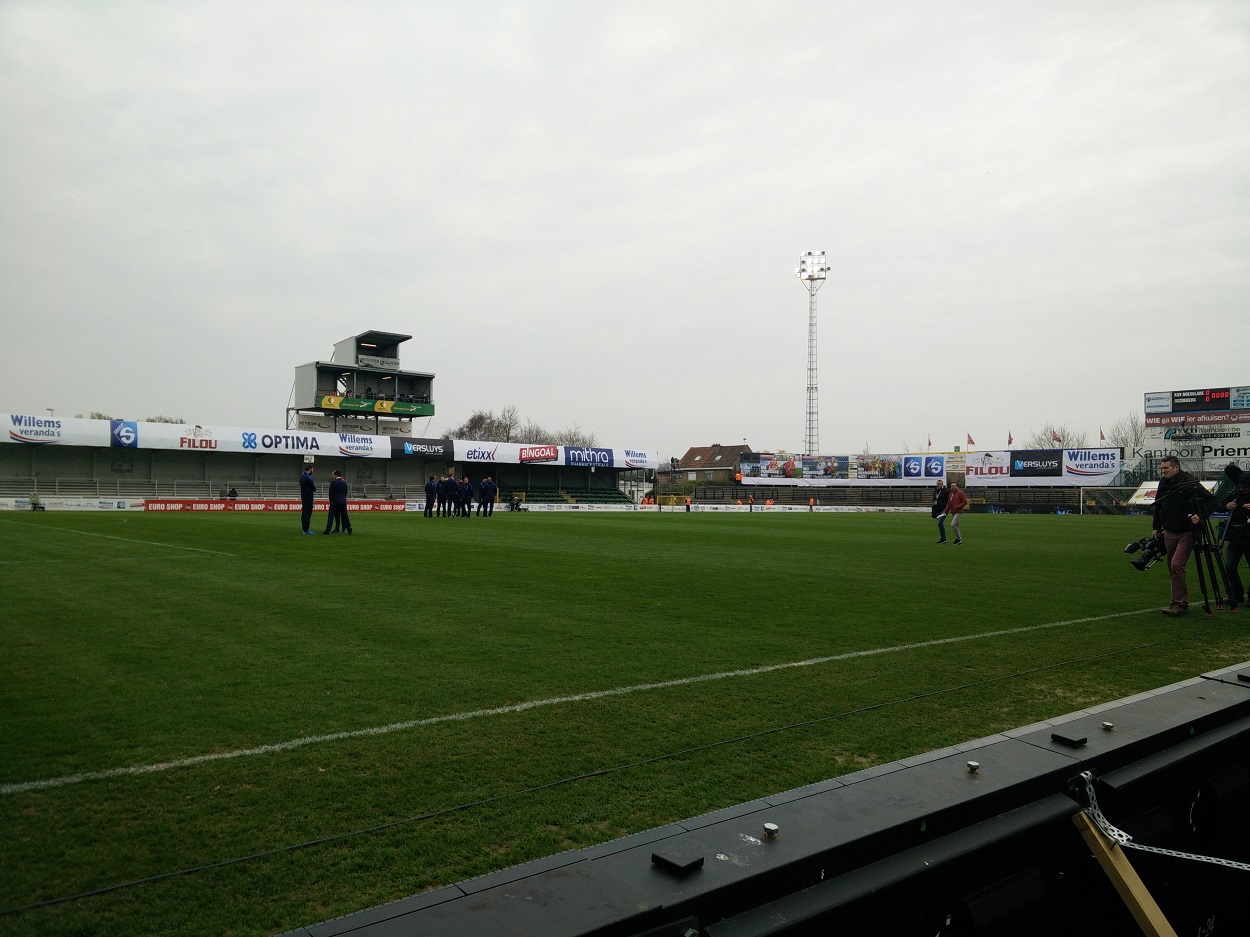 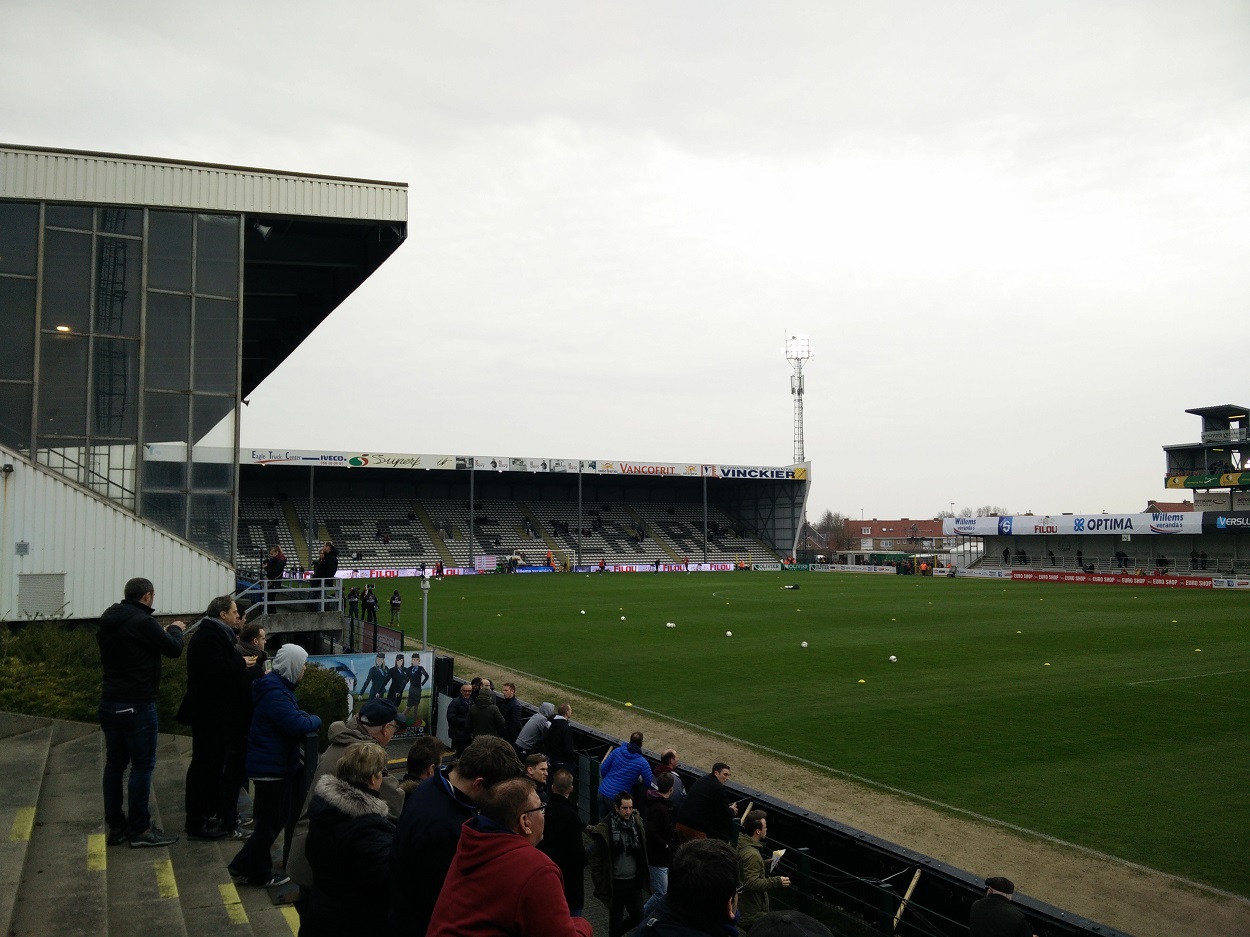 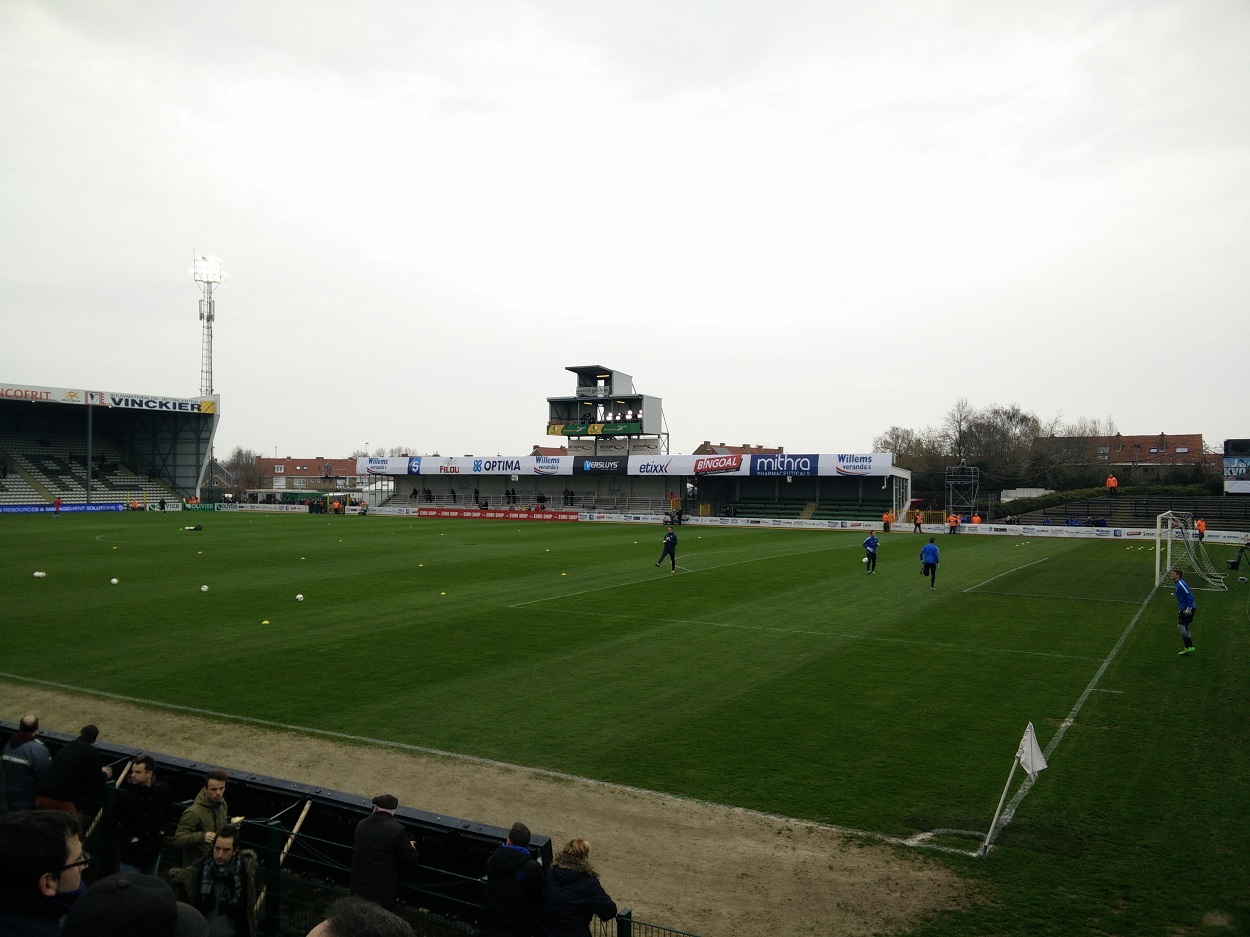 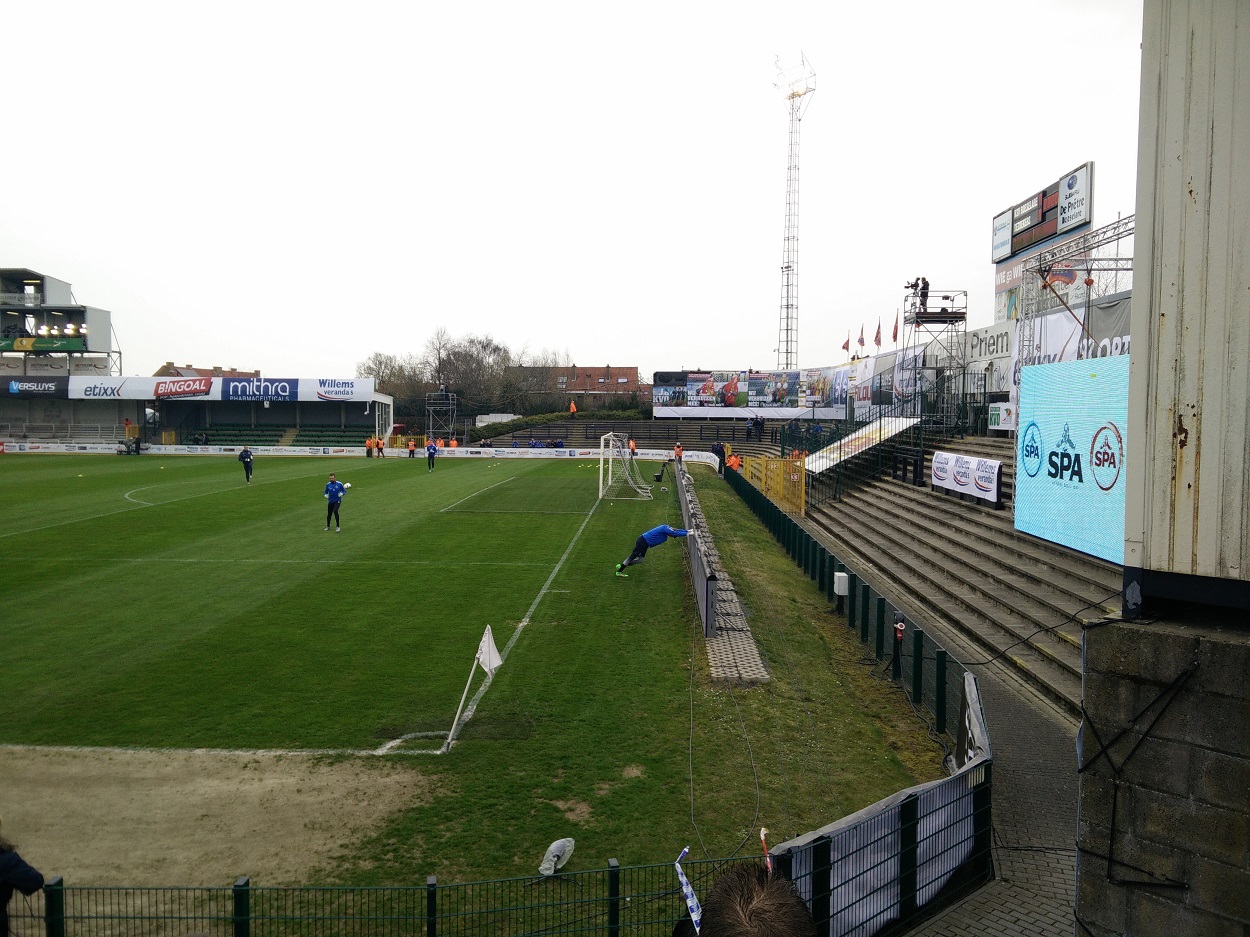 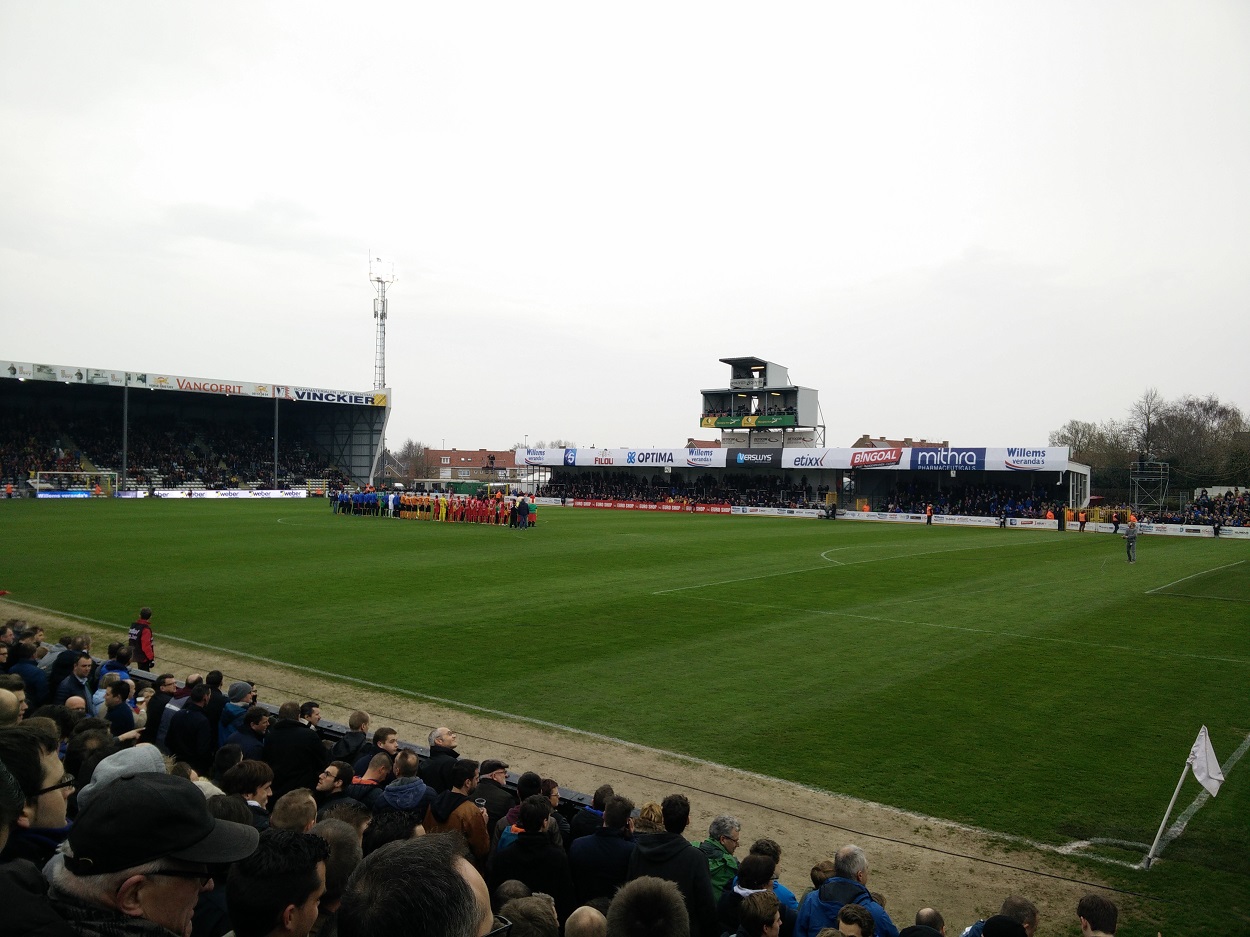