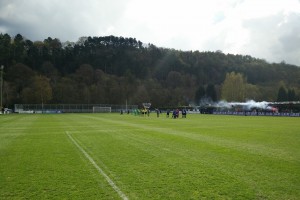 A beautiful day out to the small city of Hamoir, very close to one of the smallest cities in the world (claimed by the inhabitants), Durbuy. After 1 hour and 15 minutes of driving we arrived at their so called stadium. As KVK Tienen (my #1 team!) REALLY are in need of points we would have been happy with a draw.

Their ground actually looks like a ground for a 7th division team.. But honnestly, we really liked it! You just don't visit such a ground every week in the 3th division! No seats around the stadium, a canteen for about 75 fans and a partytent to expand the canteen are just a few of the remarkable things.

The game couldn't start any better are we were up 0-1 after only 3 minutes, which was a world class goal by Yadi Bangoura. Just before the half time whistle he also doubled the score.

After the restart we instantly got 0-3 up before the referee saw his moment and gave them a very cheap penalty, 1-3. (a panenka...)

Only 5 minutes later we scored again (1-4), so we conceded another goal only just.. 5 minutes later! (2-4) Our keeper did a few good saves but we also missed a few very good chances and all in all this was a very deserved win. The homefans sang the entire afternoon and celebrated after the game as if they won the league, which was beautiful to see. Honnestly, I guess this was the best / most beautiful atmosphere I saw during the entire season in the 3th division.

The afternoon got even better after we saw that all our relegation battle rivals lost! Now we're 7 points clear with only 3 more games to go. Mathematically relegation is still possible.. But I guess it won't happen! 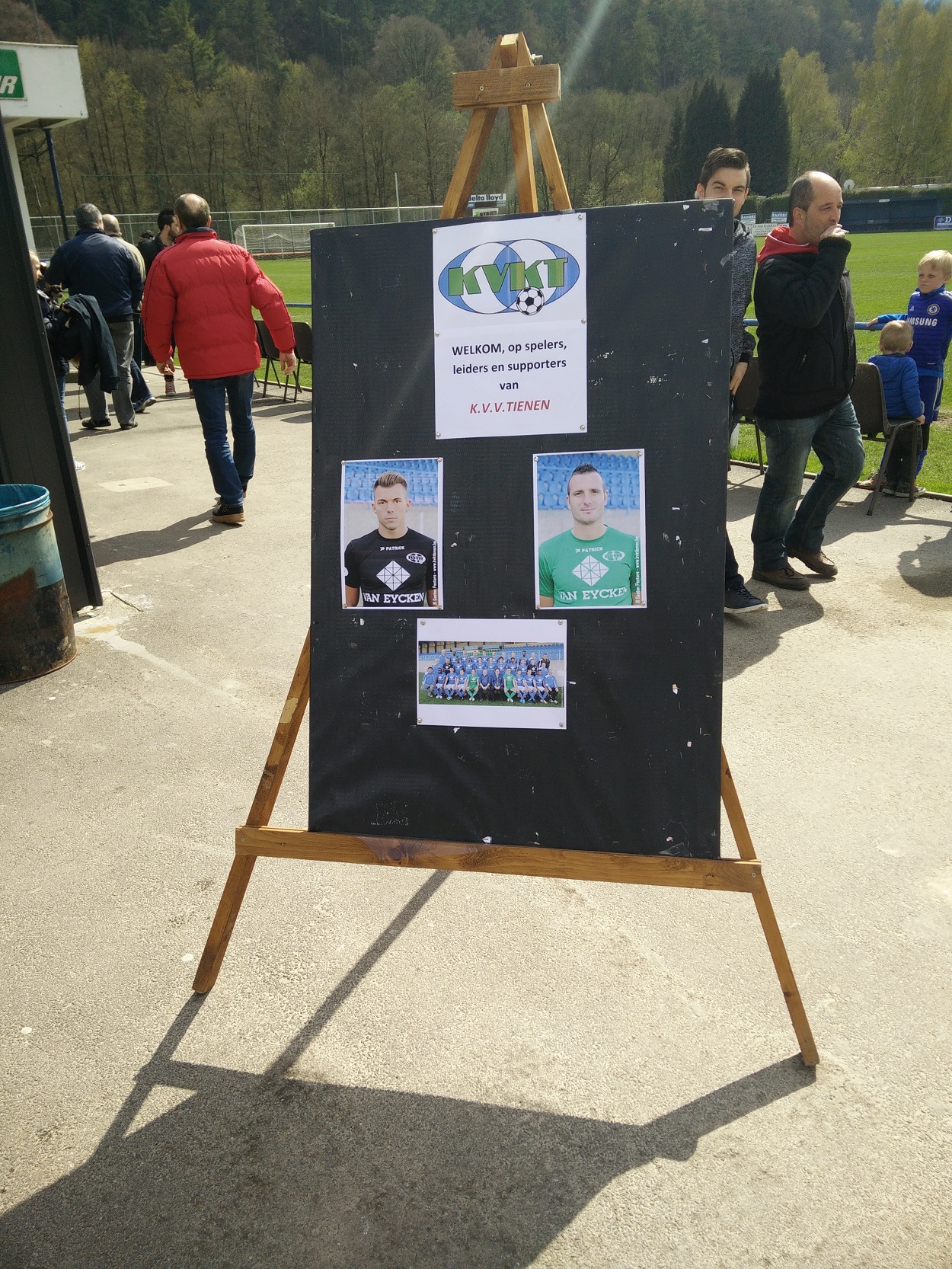 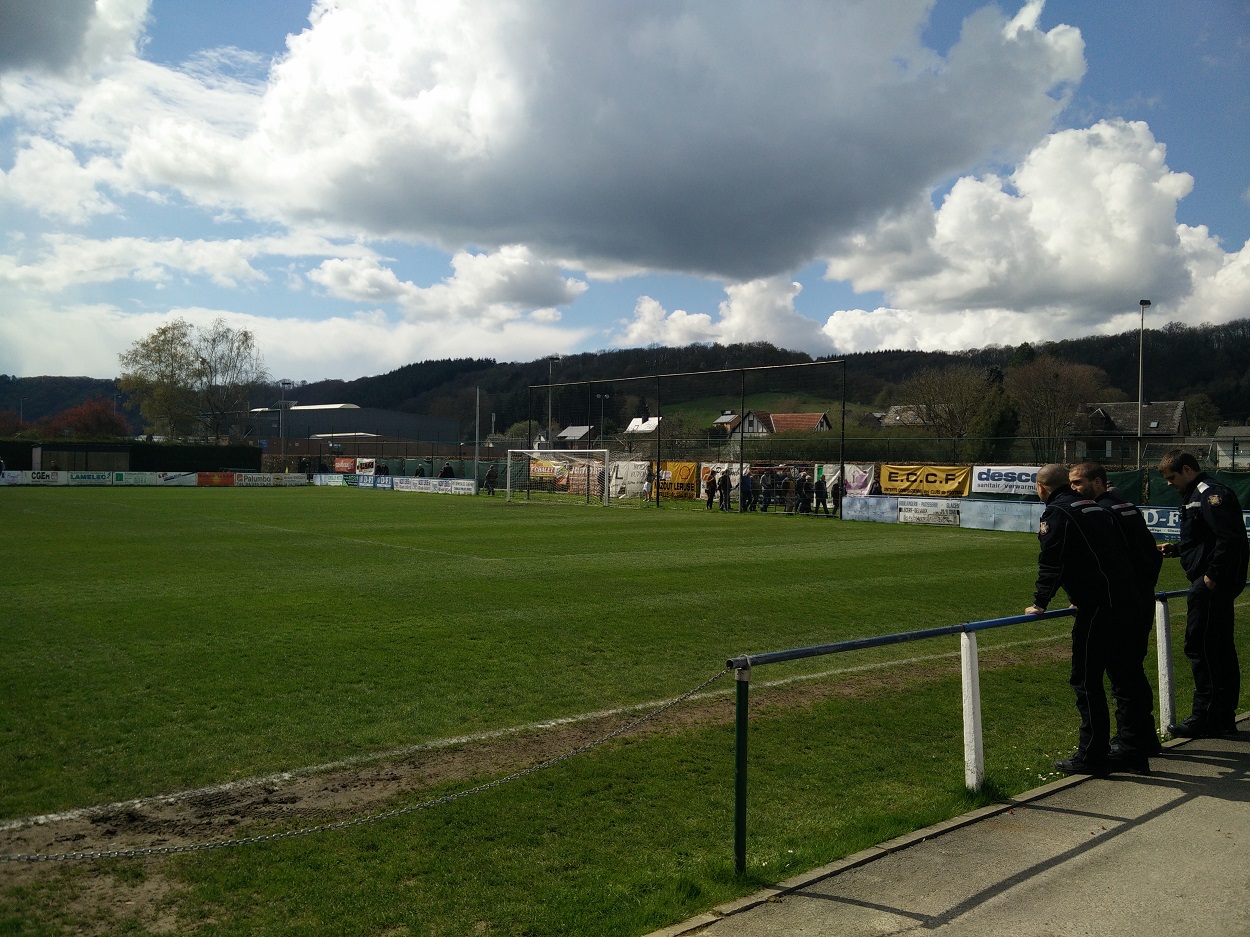 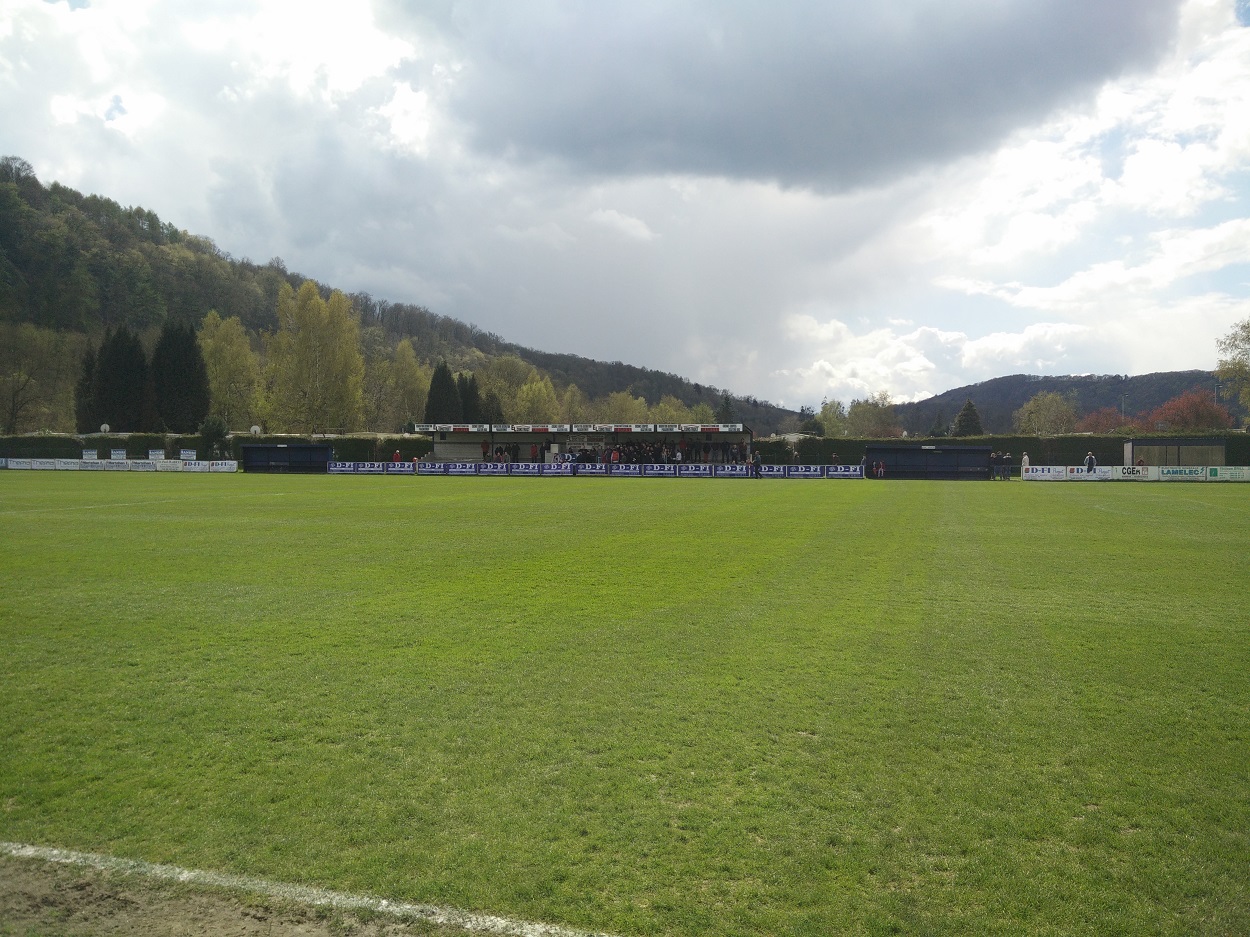 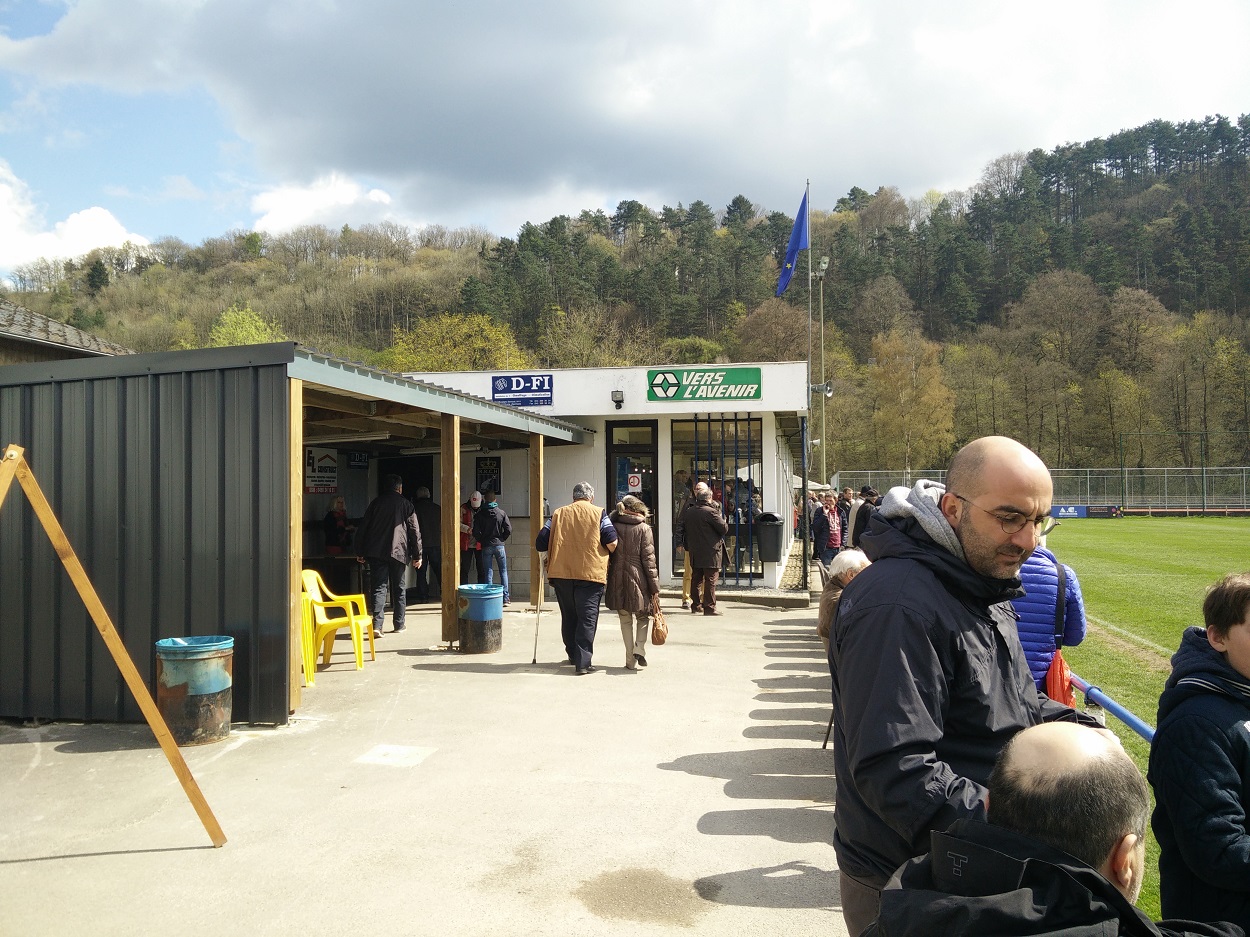 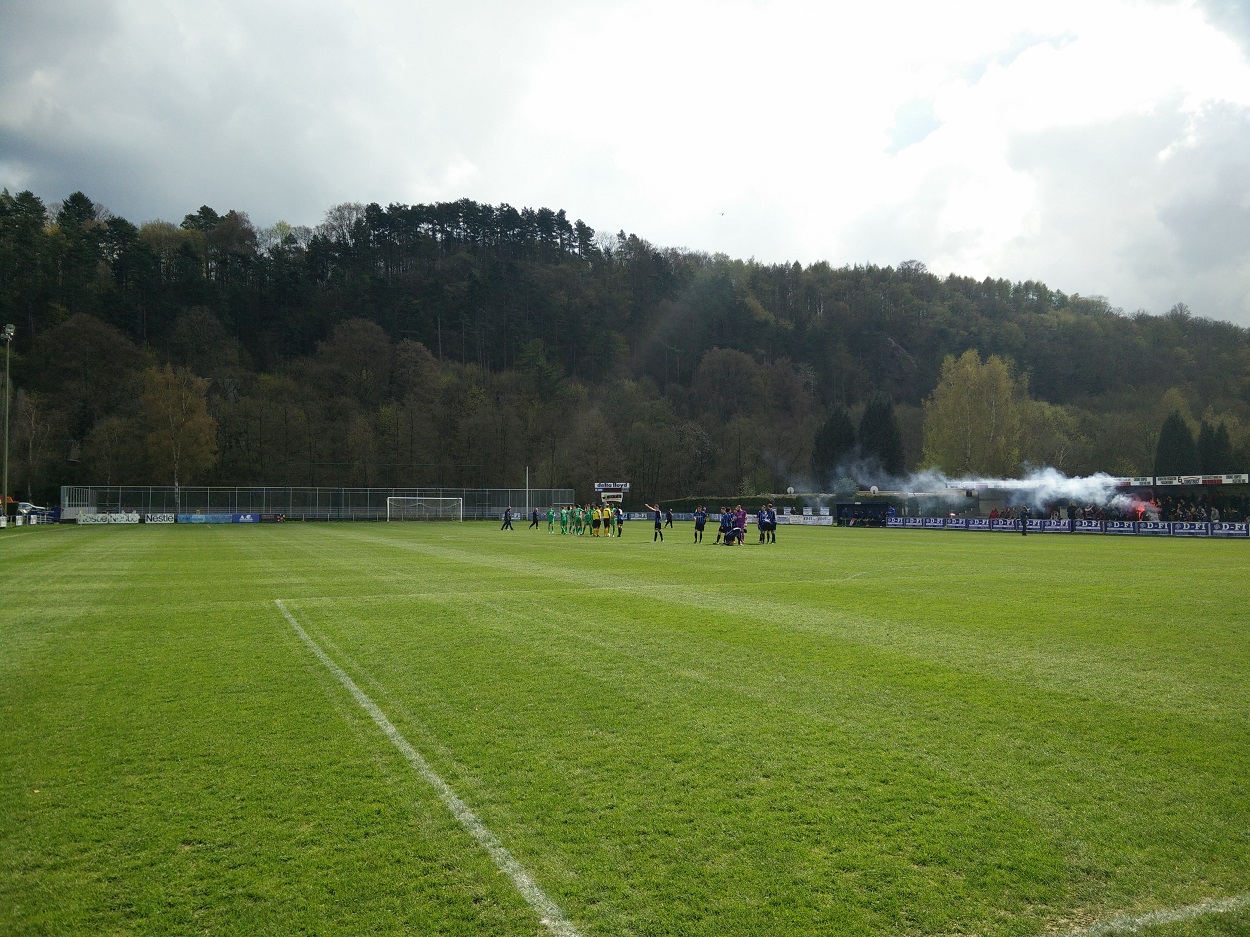 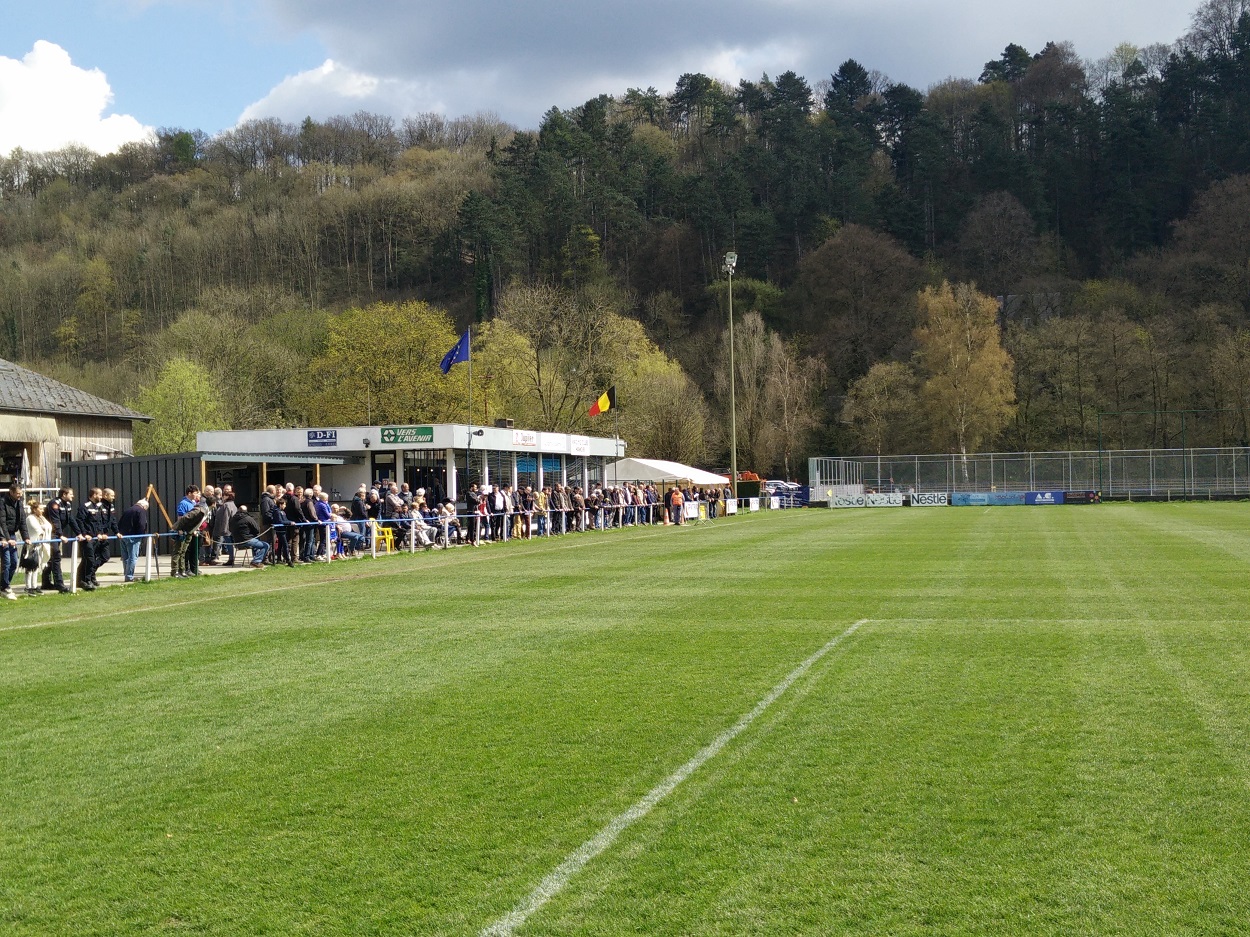 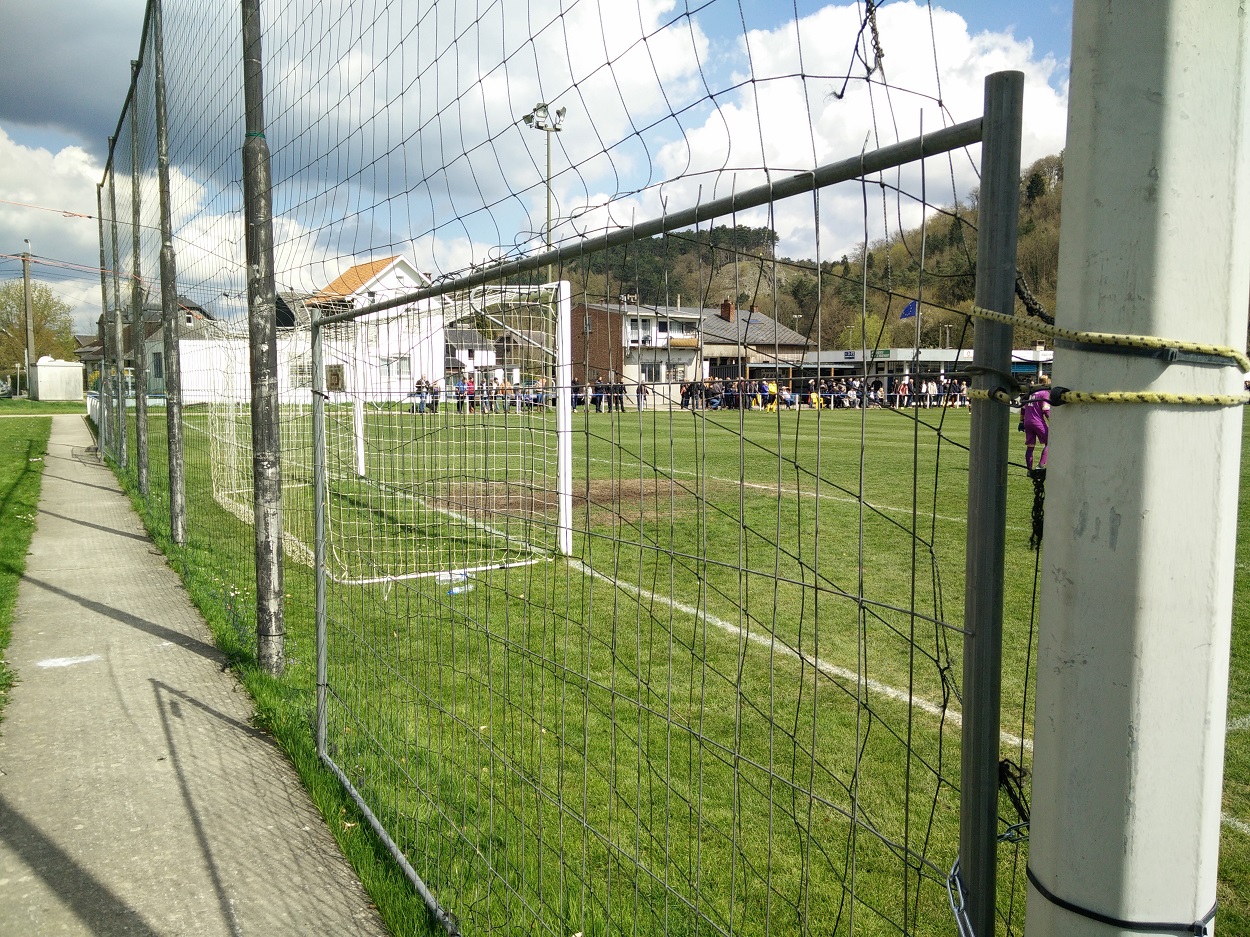 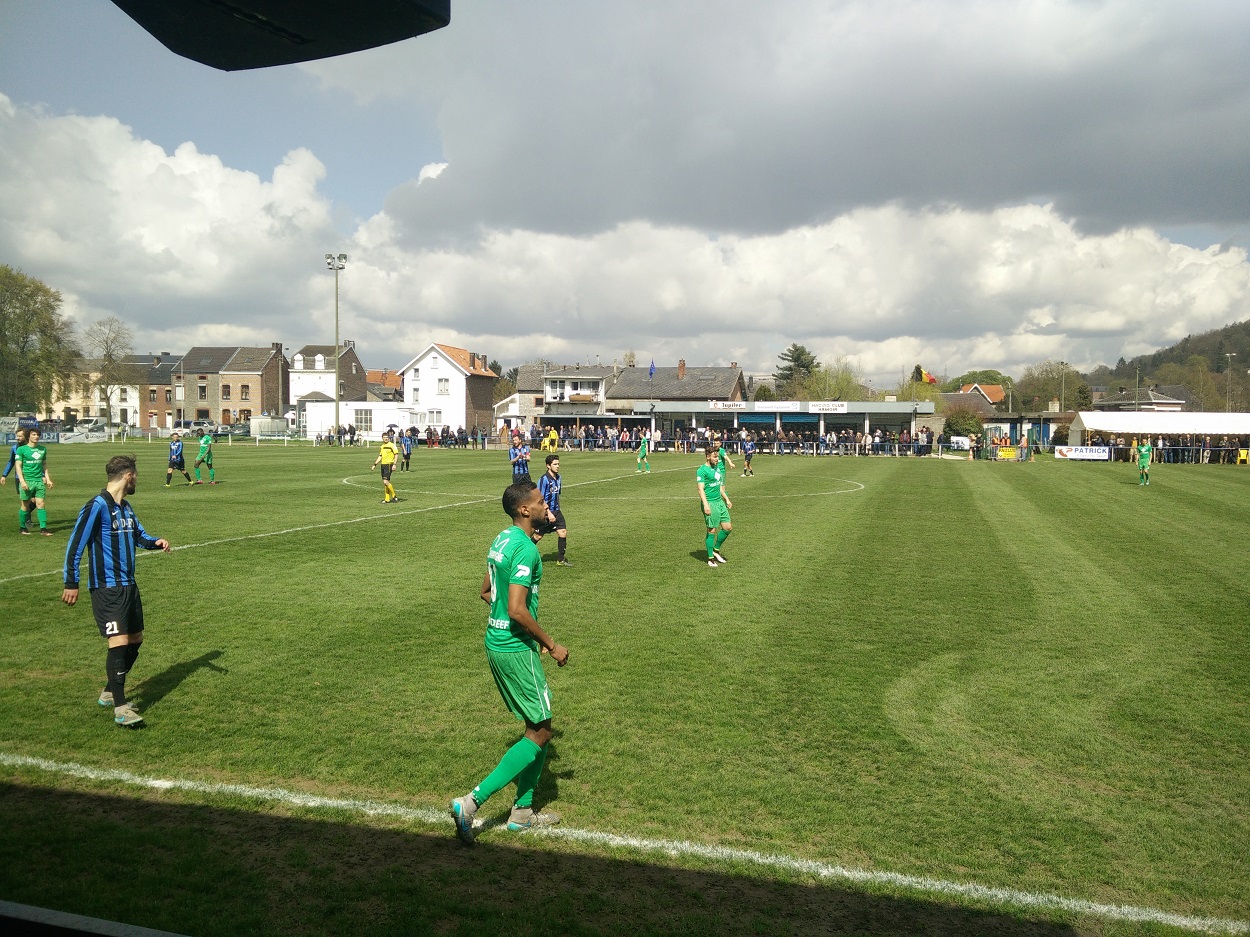 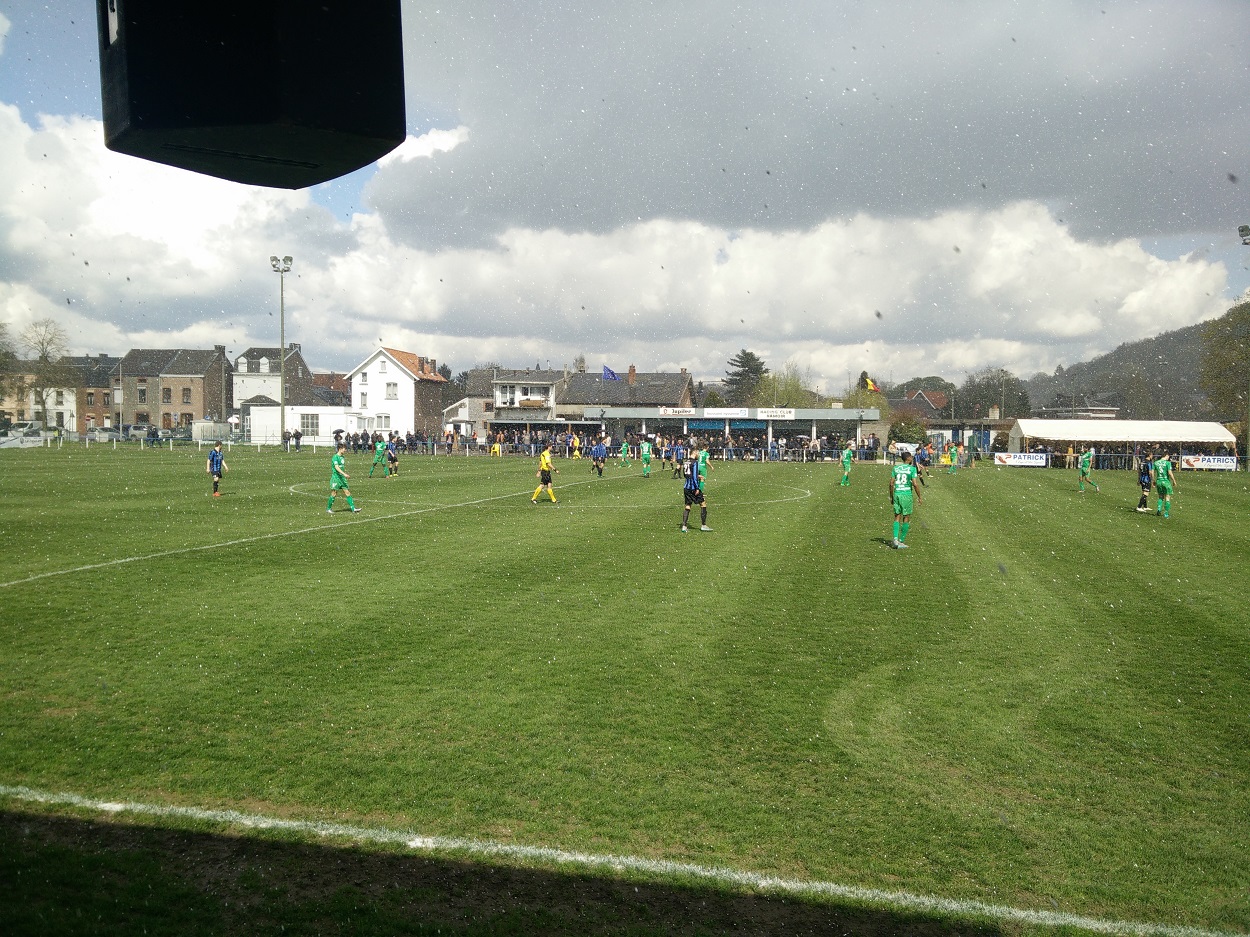 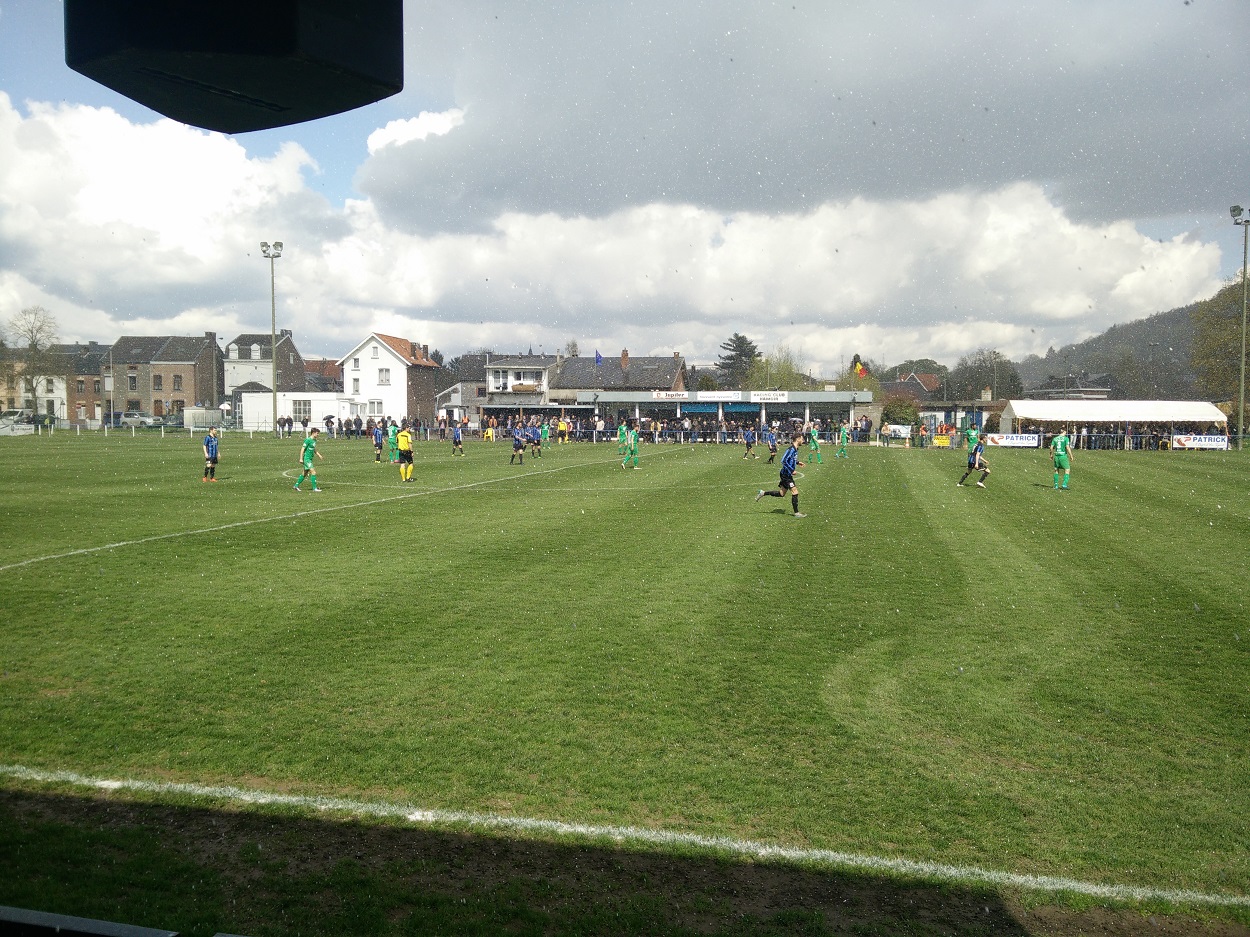 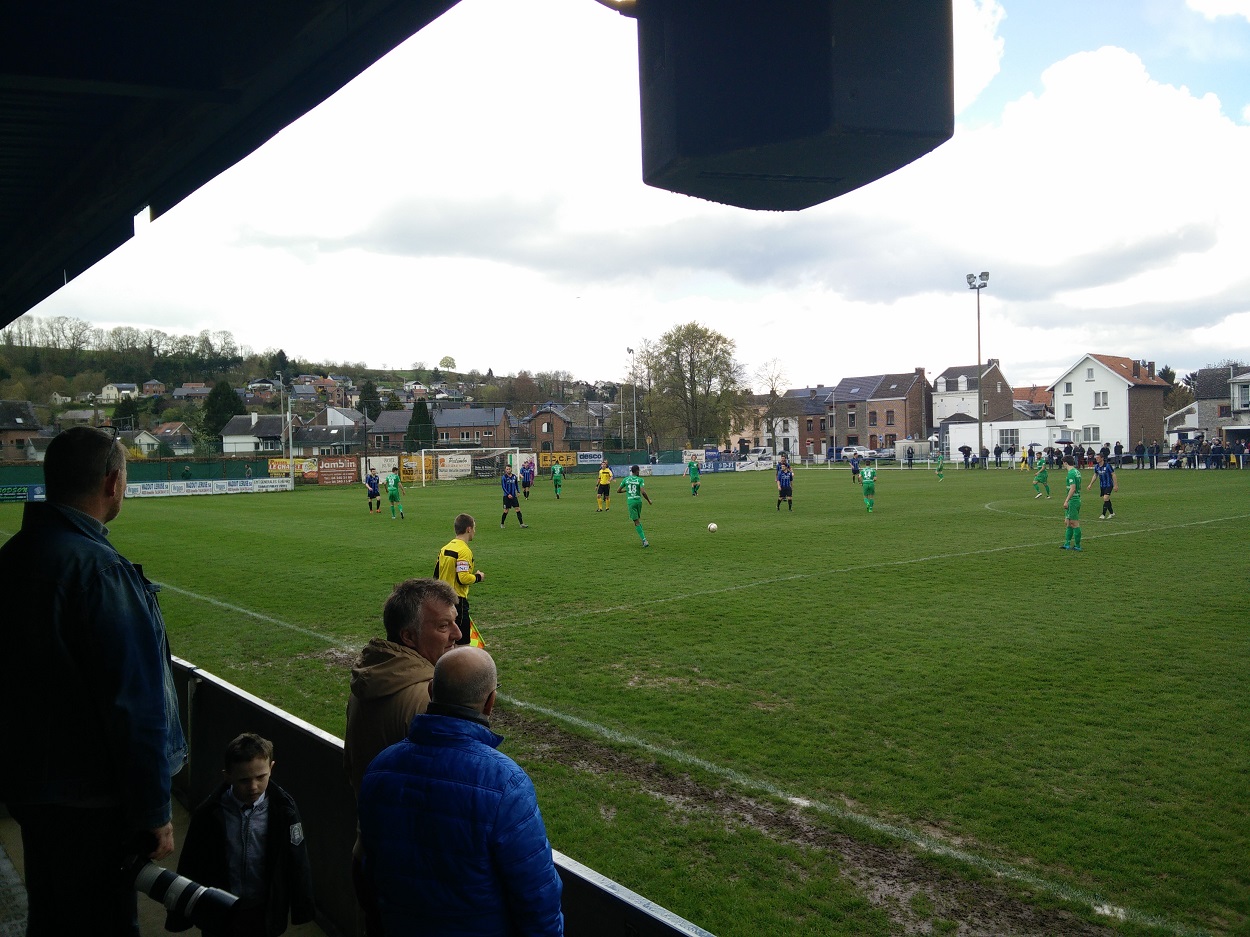 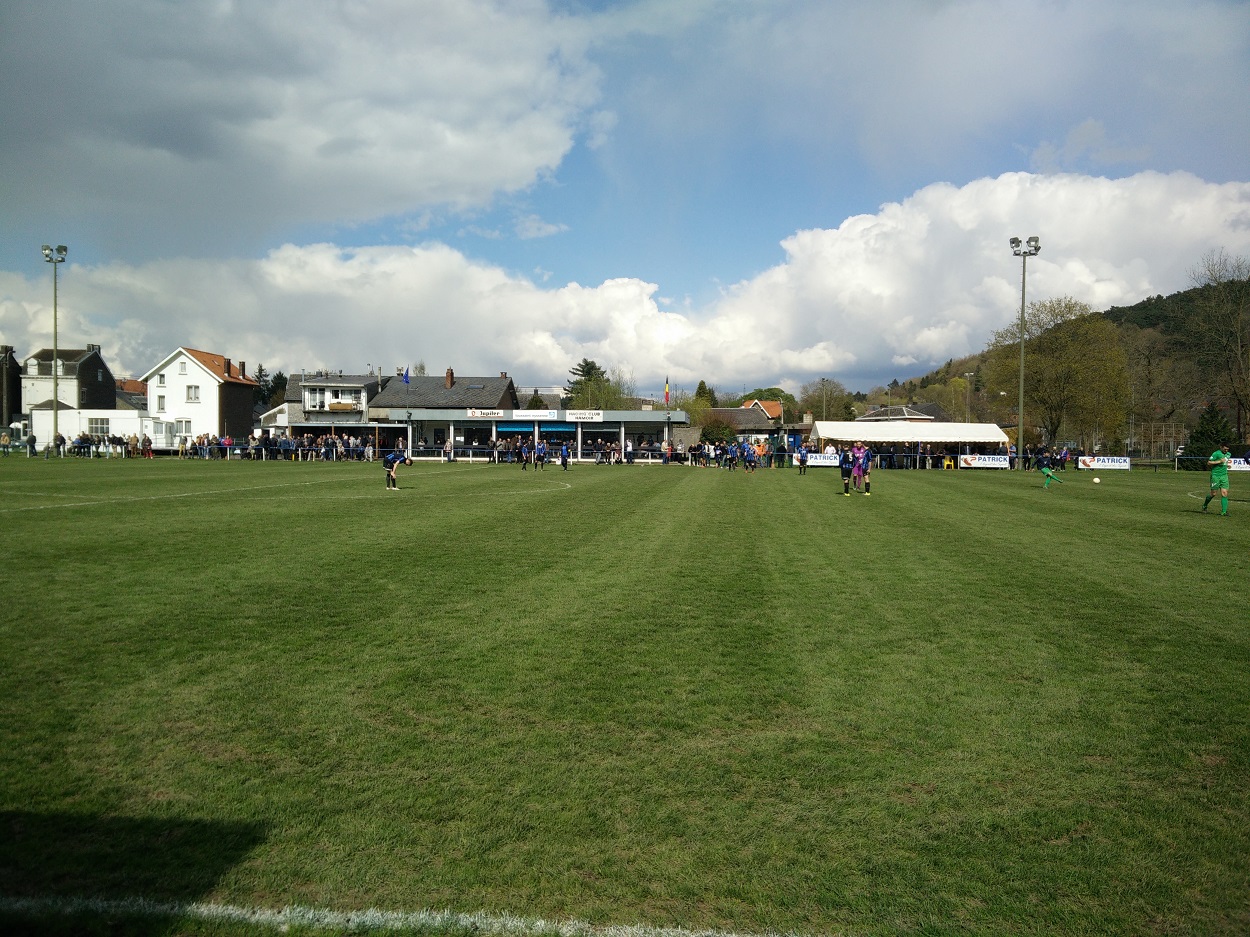 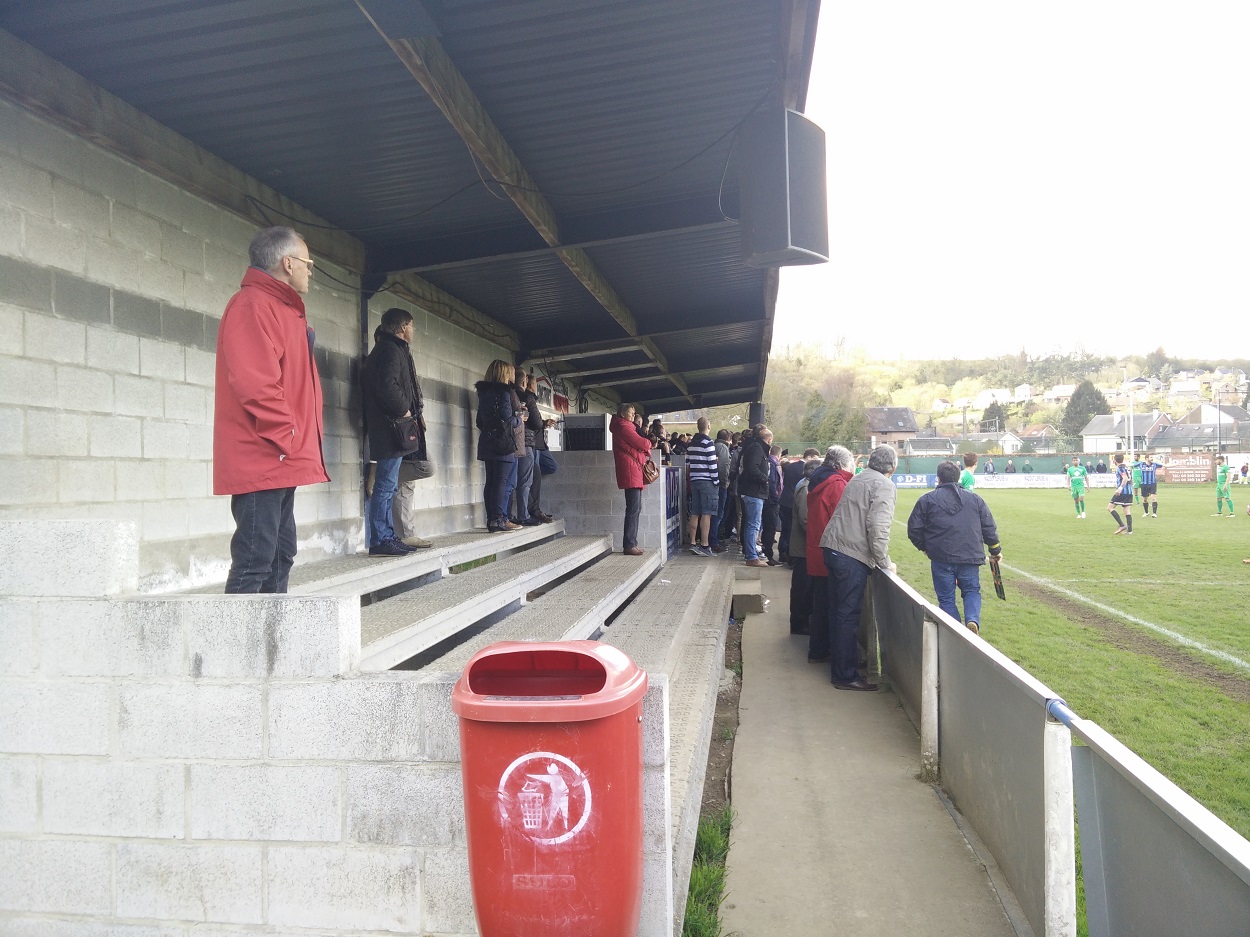 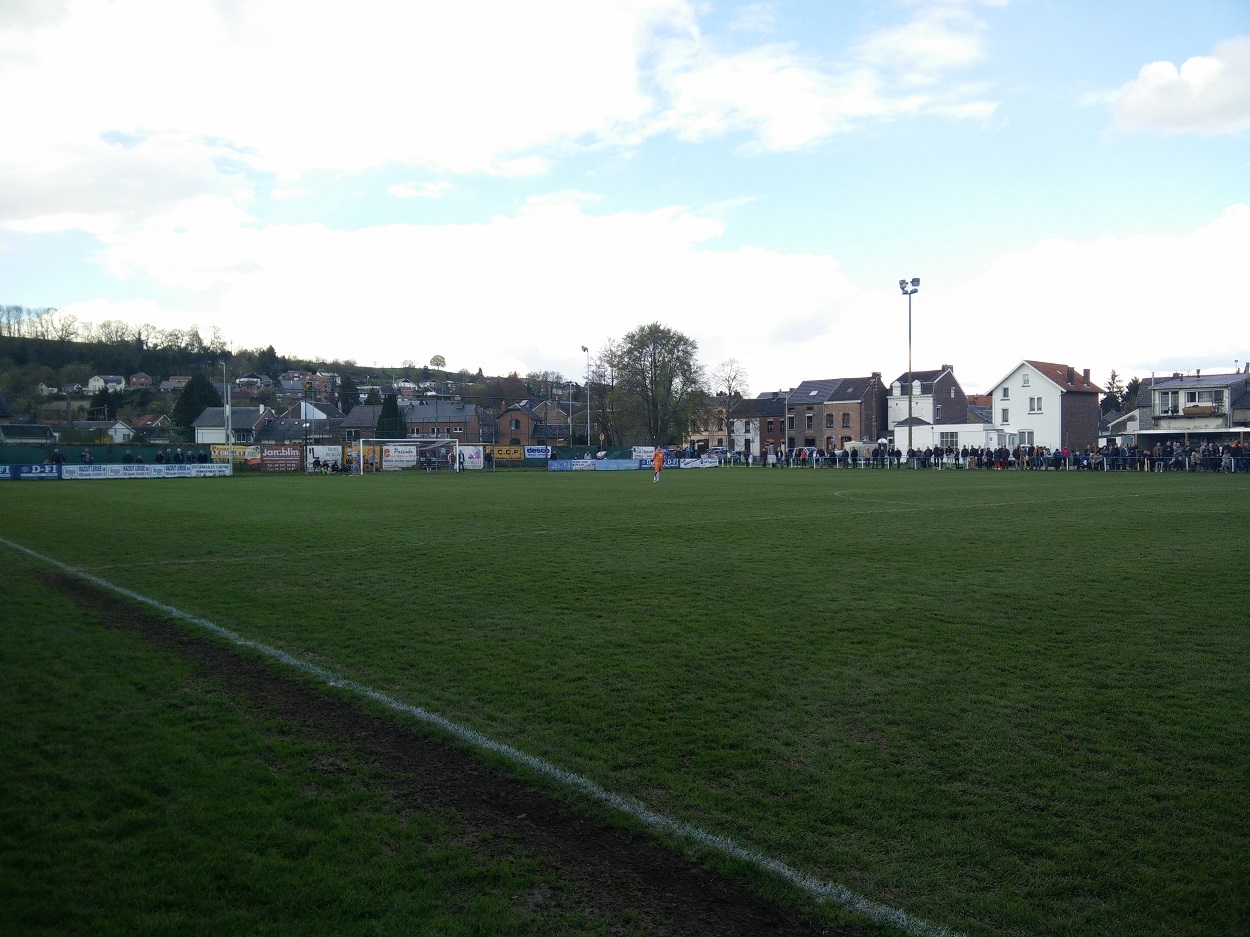 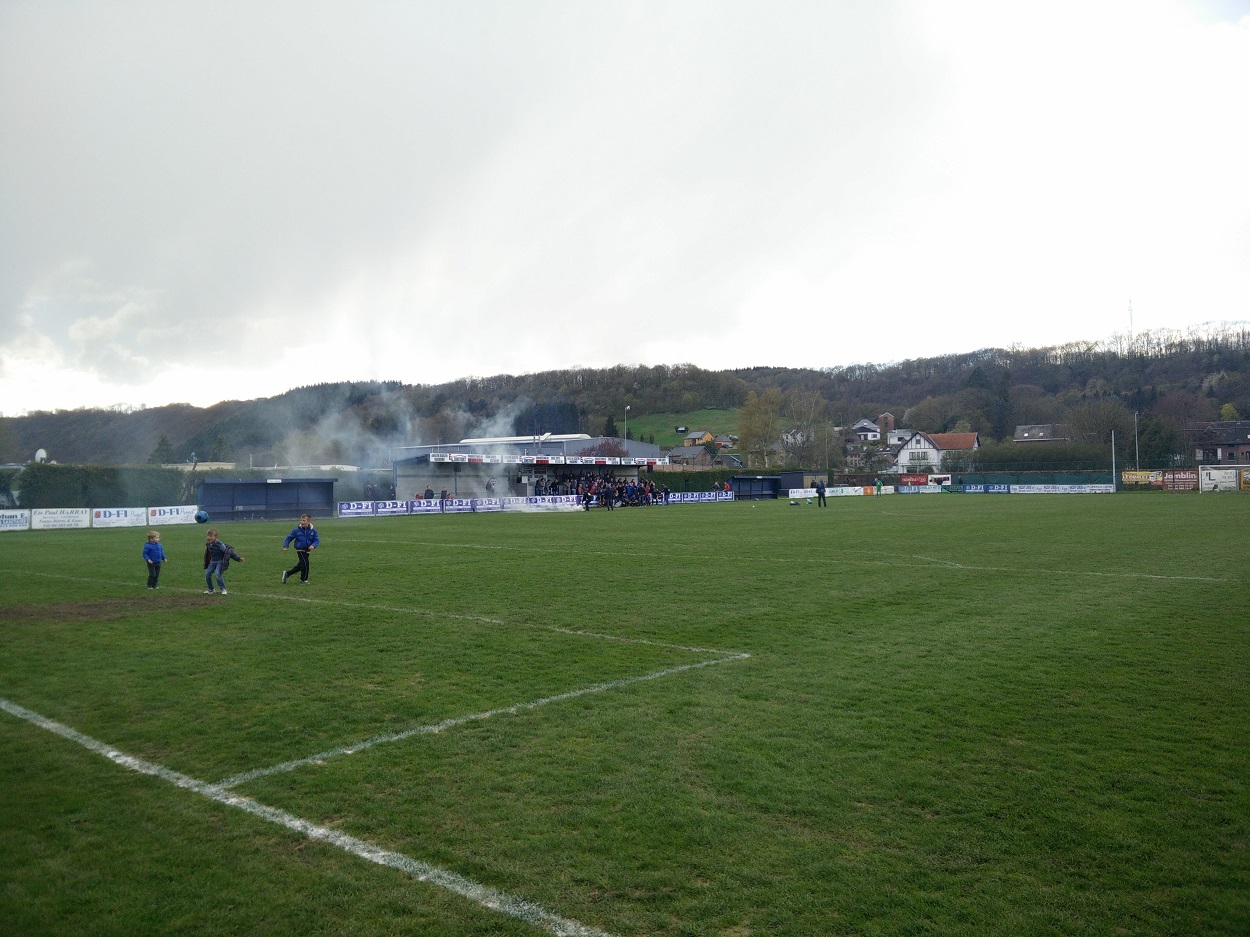 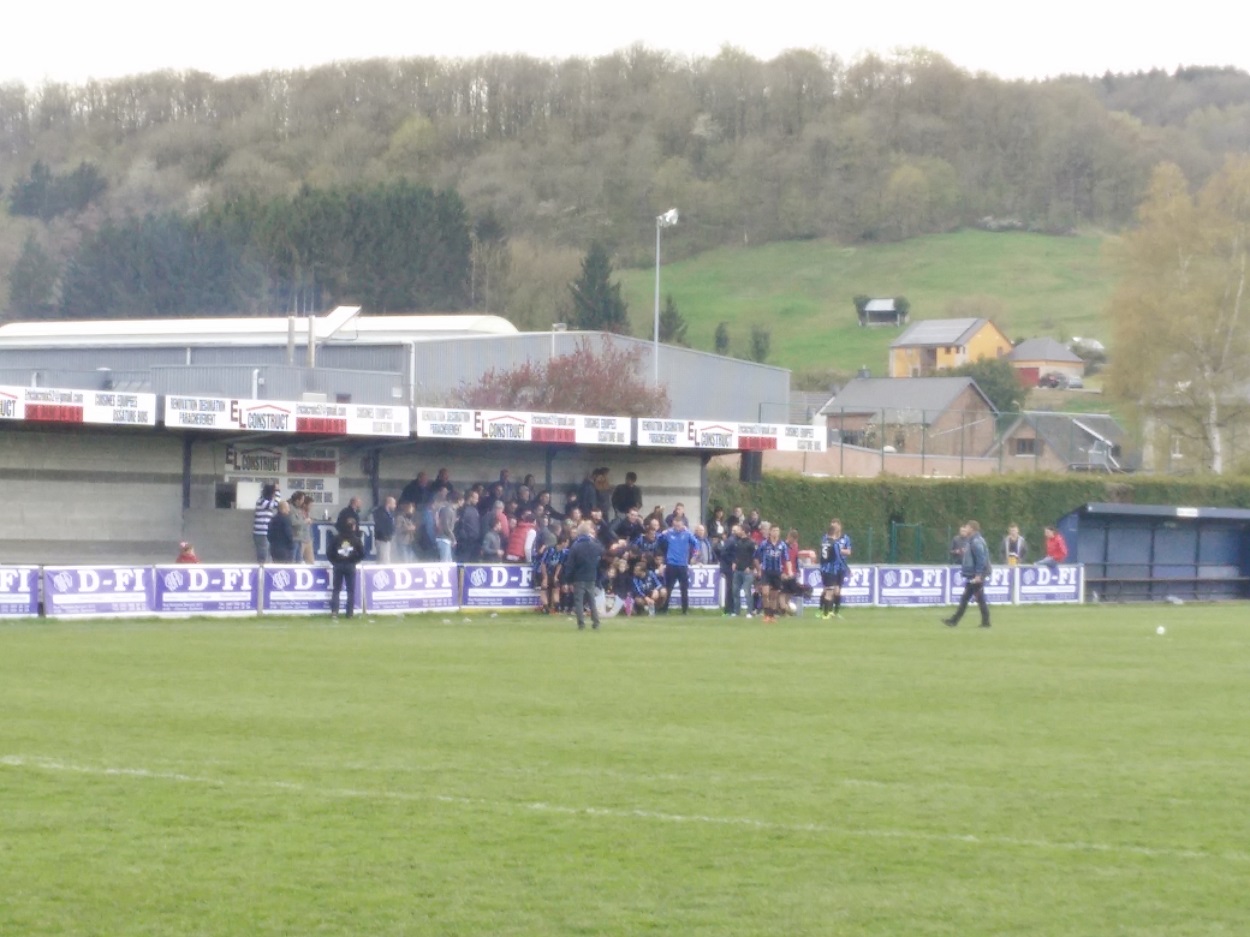