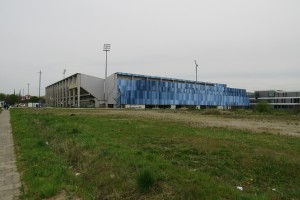 My 3th game in the Jupiler League in 2 months as it is a good way to fill empty Friday evenings. This Friday I was off to Sittard with a friend of mine to visit Fortuna Sittard - Go Ahead Eagles.

Both teams actually didn't have much to play for which was really visible in the game. You can be very lucky when you visit a Jupiler League game as they have results like 3-4, 3-6, 5-6... But I got very unlucky for 3 times in a row. My game in Eindhoven - VVV Venlo was by far the best but VVV Venlo - FC Den Bosch and this one, Fortuna Sittard - Go Ahead Eagles, were just very very bad games. 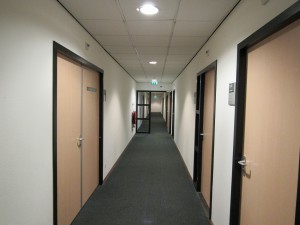 As I got my ticket, the search for the entrance started as it wasn't indicated at all.. After a while we found out we had to enter at the main entrance where we had to follow a hallway and take the last door on the left.. When the door closed behind us there was no pitch to see and... we weren't able to open the door from the outside.. so after trying every door we got out of the stadium by using a fire escape and got in again through the main entrance.

Our second attempt was more succesful and we ended up at the main stand and just took a good seat on a random place. When thinking about it we actually paid €16.50 for a place in the corner of the main stand for a 2nd division game.. And we ended up on their "VIP" places without anybody checking our tickets, so we could have got in for free as well.

The away team managed to take about 200 fans (many on the main stand as I heard them when they scored) in an unimportant game for a 2 hour drive. If only the team would have shown that much of an effort...

The first half was just terrible and the away side got 0-1 in front after a terrible mistake made by a Sittard defender.

The second half was a bit better as Fortuna Sittard hit the woodwork 3 times but they didn't get what they deserved as the game ended at 0-1.

Fortuna Sittard's future is still unsure as the club is in deep debt (€900.000). They have a beautiful stadium which can hold 10.300 spectators but as it's "brand new" (1999), there is not much to see. It's way too big for the club and on the every commercial building in the ground is empty.. 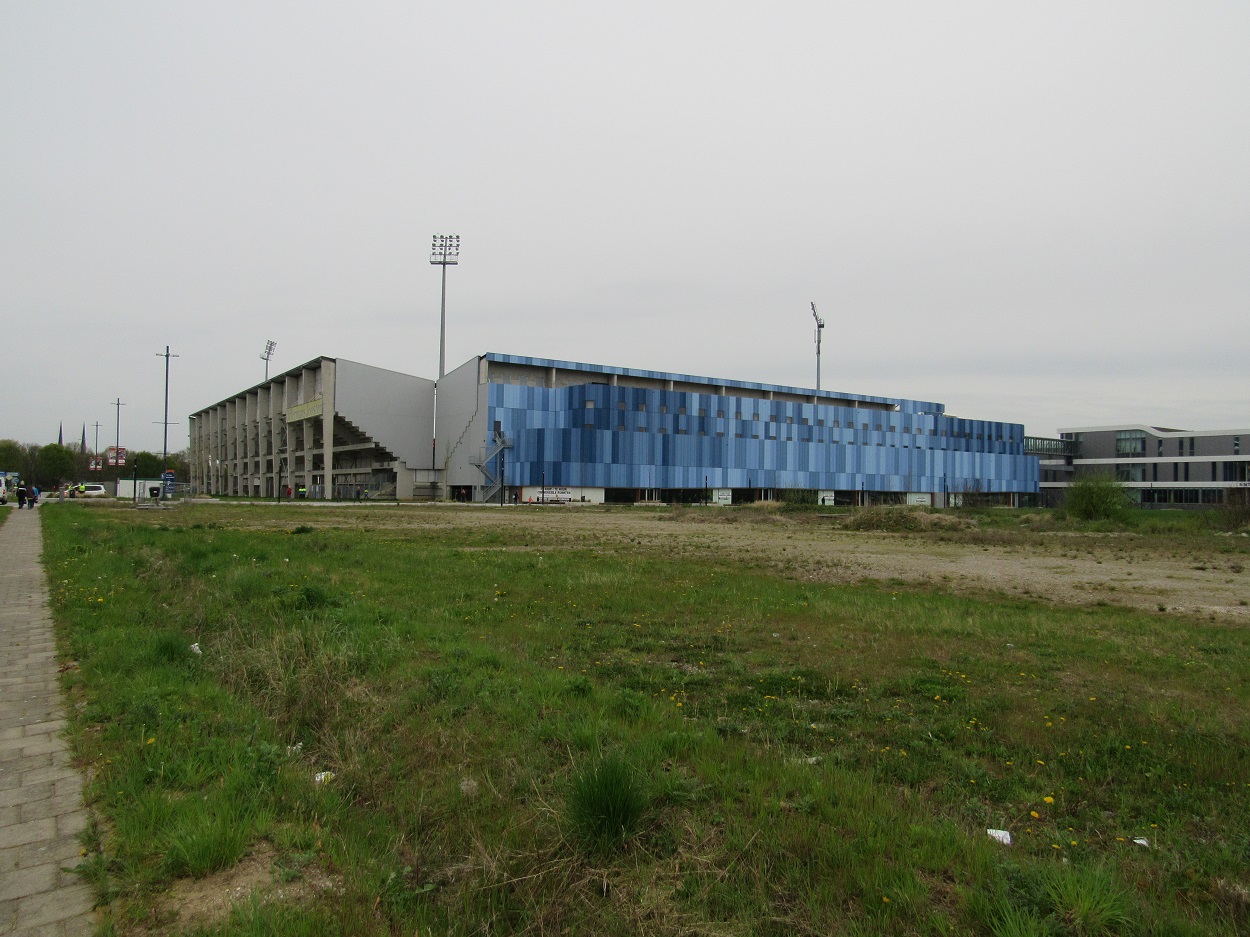 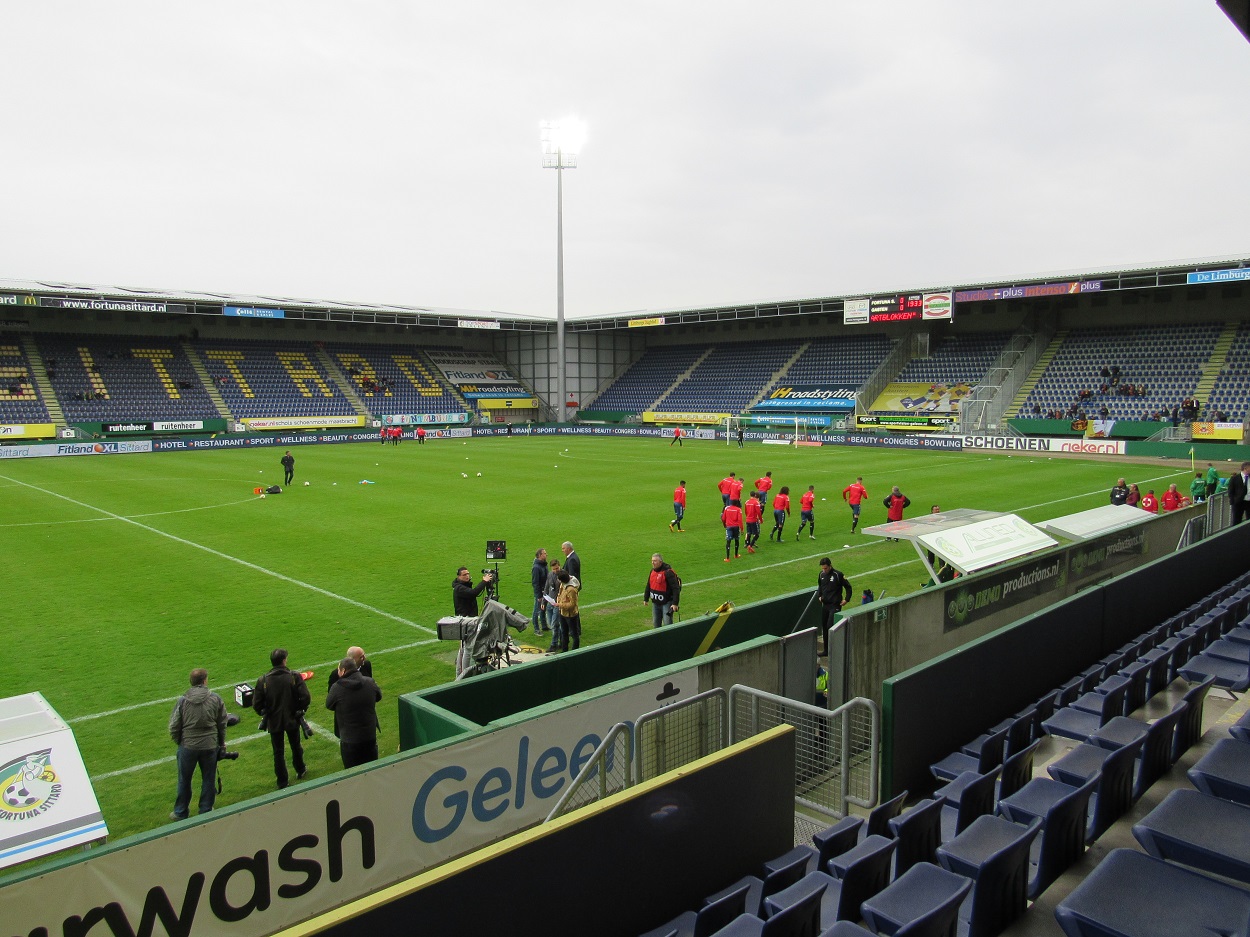 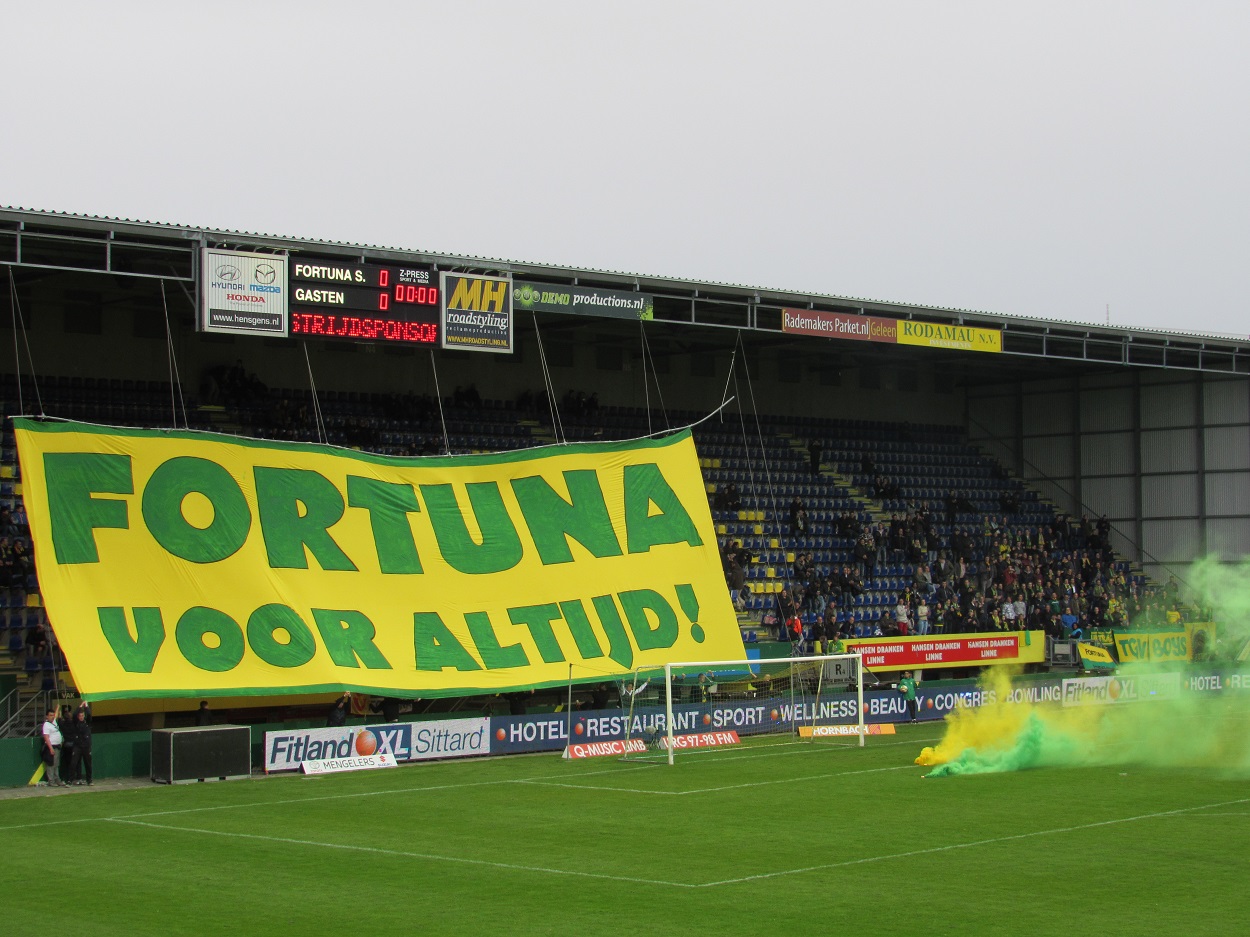 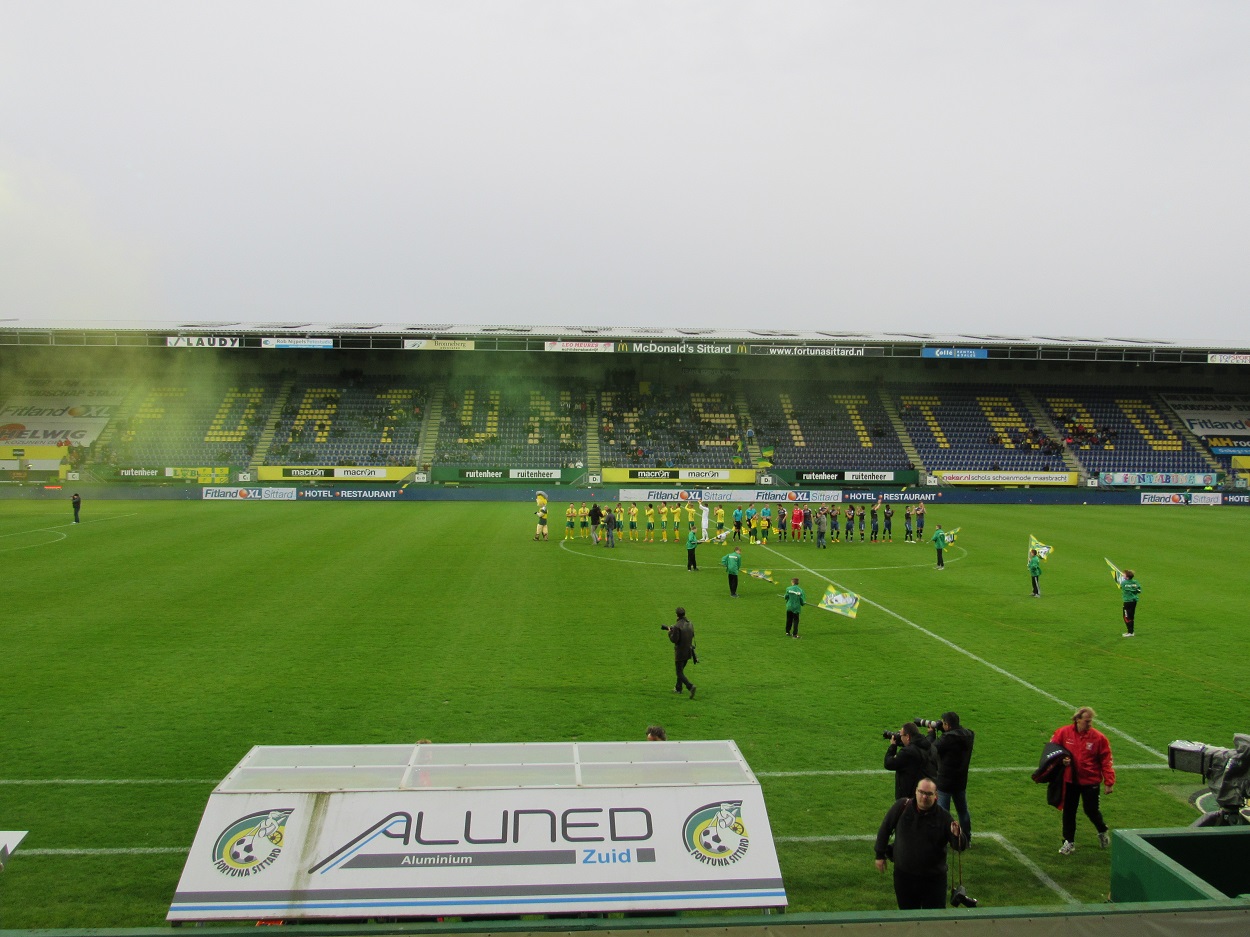 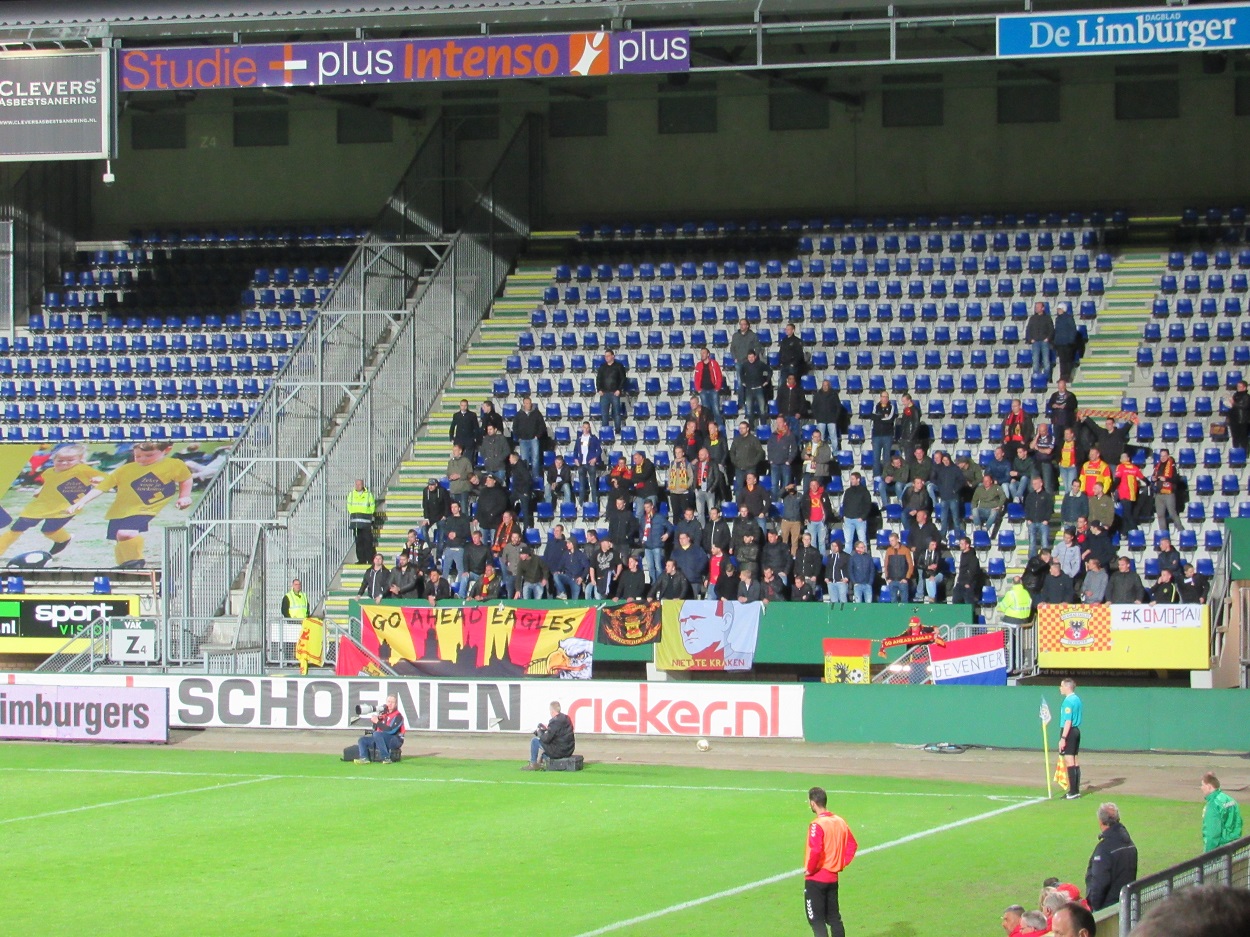 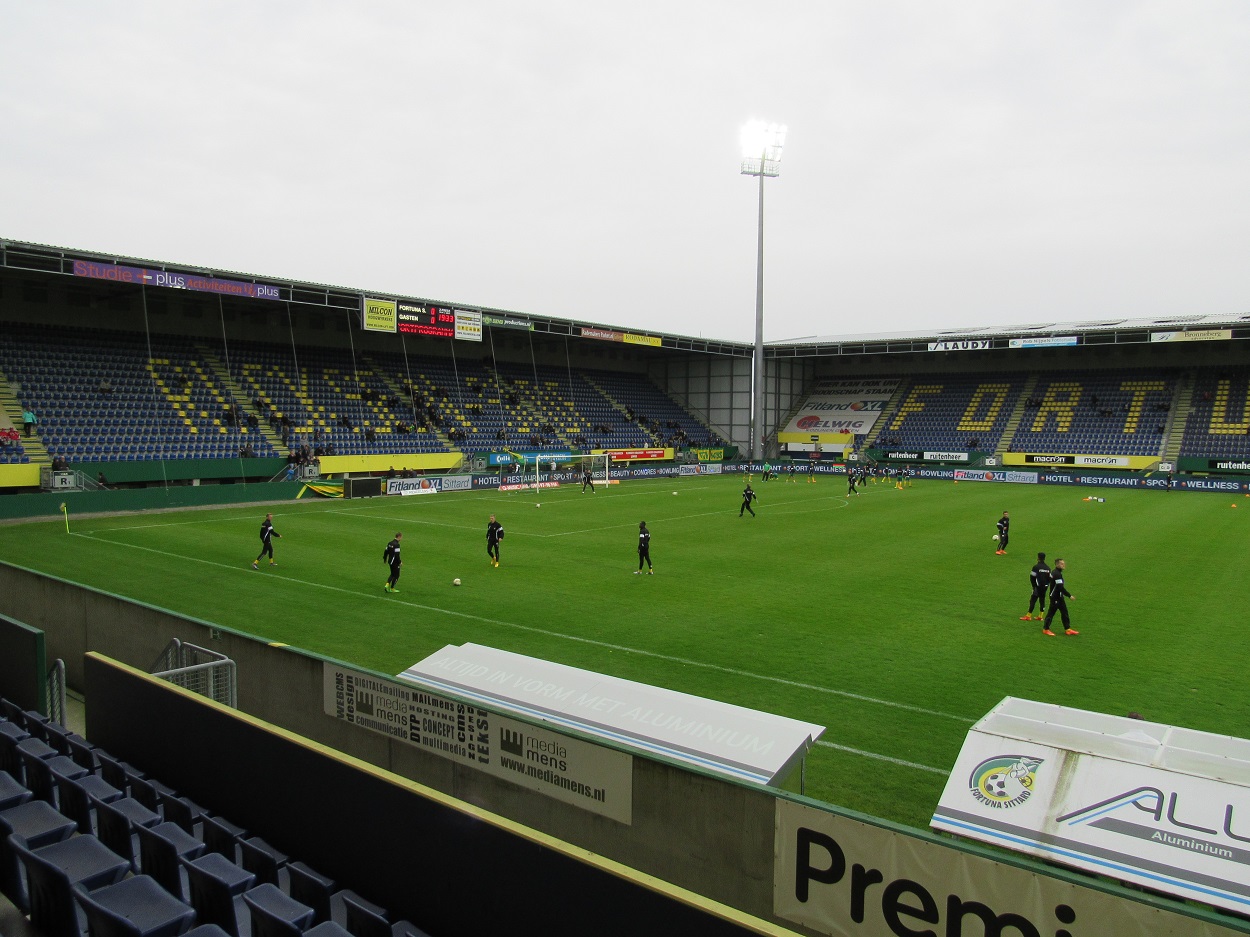 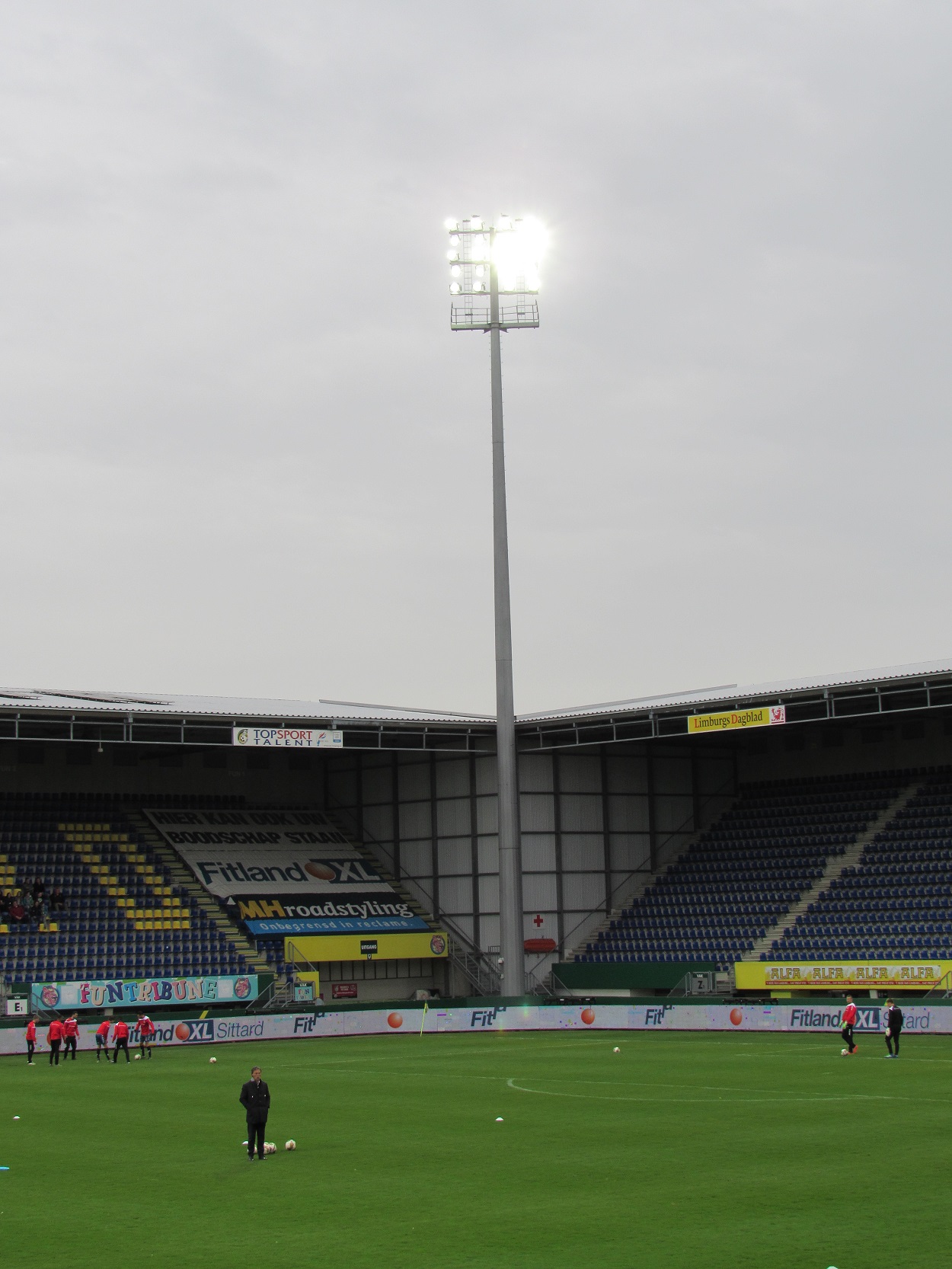 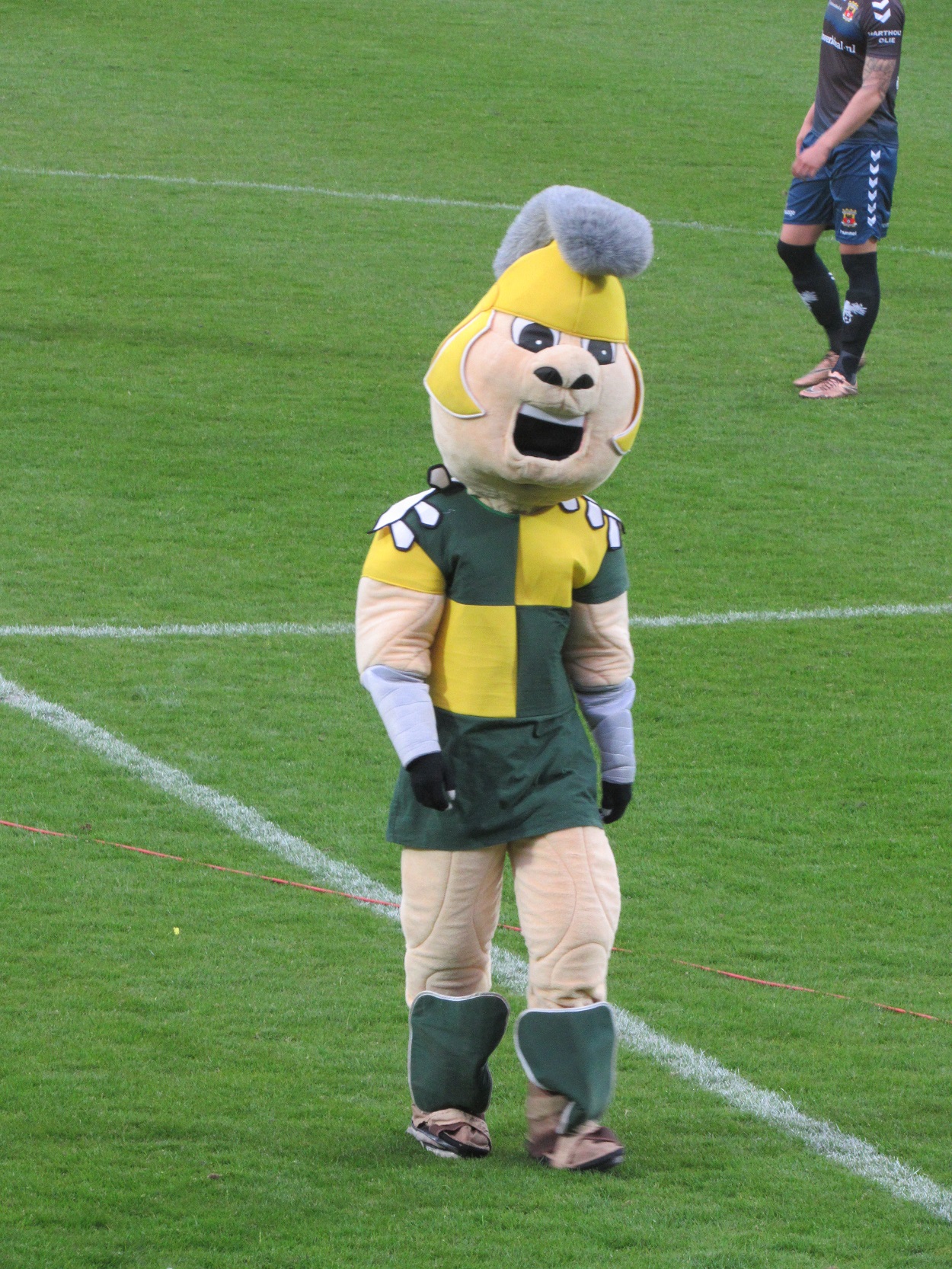