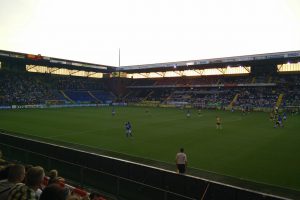 Friday, or more specific Friday evening, is the most logical moment for visiting a 2nd or 3th division game in France or in the 2nd division in the Netherlands, so I went to the Rat Verlegh Stadium in Breda where NAC Breda hosted FC Den Bosch.

Before the game I expected many goals as the visitors have an average of 2 goals scored and 4 goals conceded after only 4 games. But it seems like they turned around a few things and they even managed to keep a clean sheet... 0-0. NAC Breda tried as hard as they could but it often went wrong just before the box.

The Rat Verlegh Stadium has a capacity of 19.000 places and is an all-seater. It's a more modern stadium (1996) and there is actually nothing very spectacular. But I have to admit.. those NAC Breda fans really make some GREAT atmosphere during the game, as it should be! 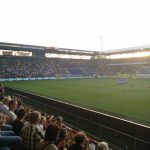 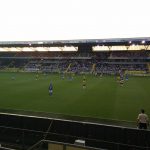 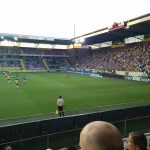 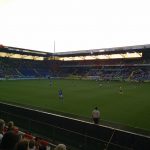