The King Baudouin Stadium is the biggest Belgian ground. Next to that Club Brugge, Standard de Liege, RSC Anderlecht, KRC Genk and KAA Gent have a capacity of 20.000 or more.

But in the 7th tier of Belgian football, as smaller club called RRC Boitsfort, play in the beautiful Drie Lindenstadion, opened in 1948 with a capacity of 40.000.

I should have attended the game between RRC Boitsfort and ASE Chastre. I should have, because the game was off because of the snow. Anyway, it will be a pleasure to return to this beautiful ground. 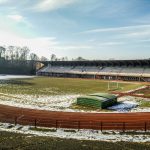 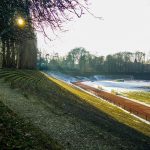 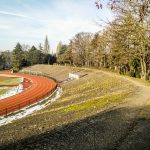 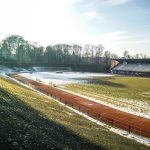 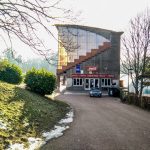