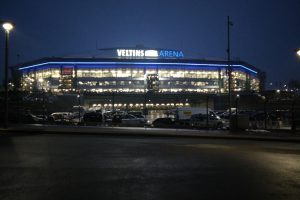 Wet and cold afternoon in Gelsenkirchen, so the club decided to close the roof for their game against Hertha BSC. I never before attended a game with a closed roof, so it was something new for me.

The ground is rather new and beautiful but it gives that kind of cinema feeling, just like too many brand new stadiums do. Luckily both sides created some noise! Getting inside the ground was rather easy without any queuing (as I was rather late) and it looks like that kind of ground which gives you a good view from every seat.

The game was a rather good one with a few good chances on both sides. After 40 minutes Schalke opened the score and at the hour they even doubled their lead with a beautiful goal by Goretzka. 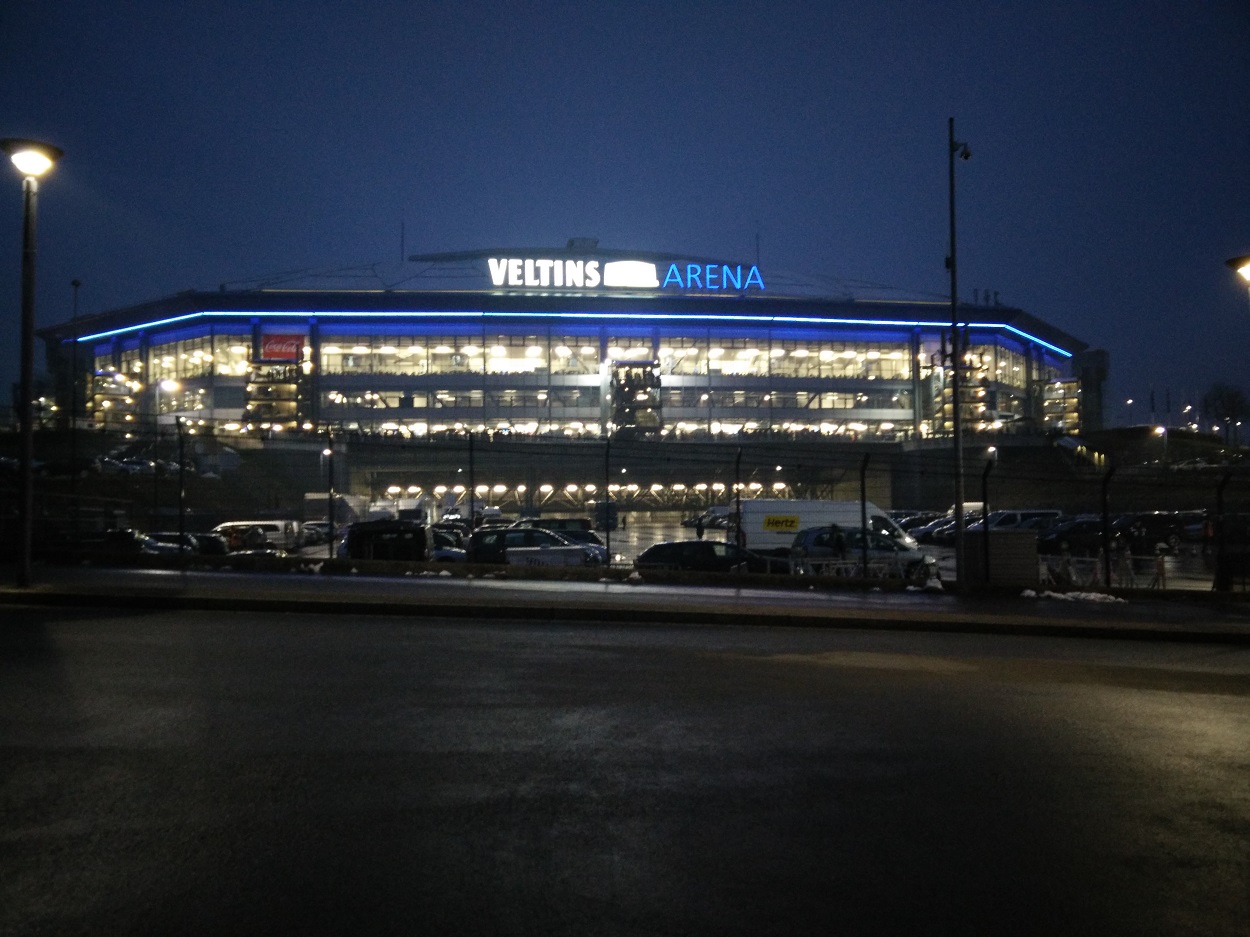 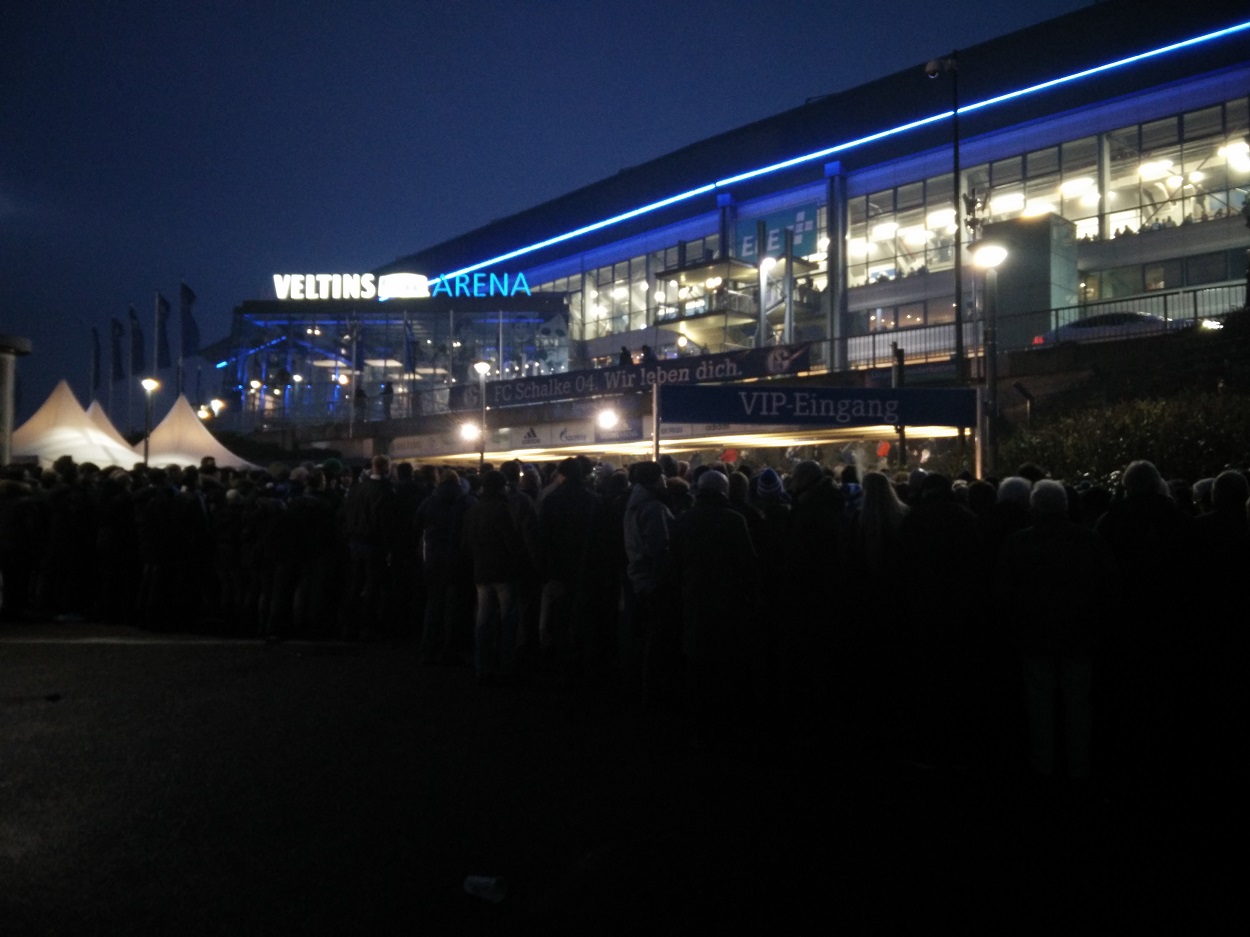 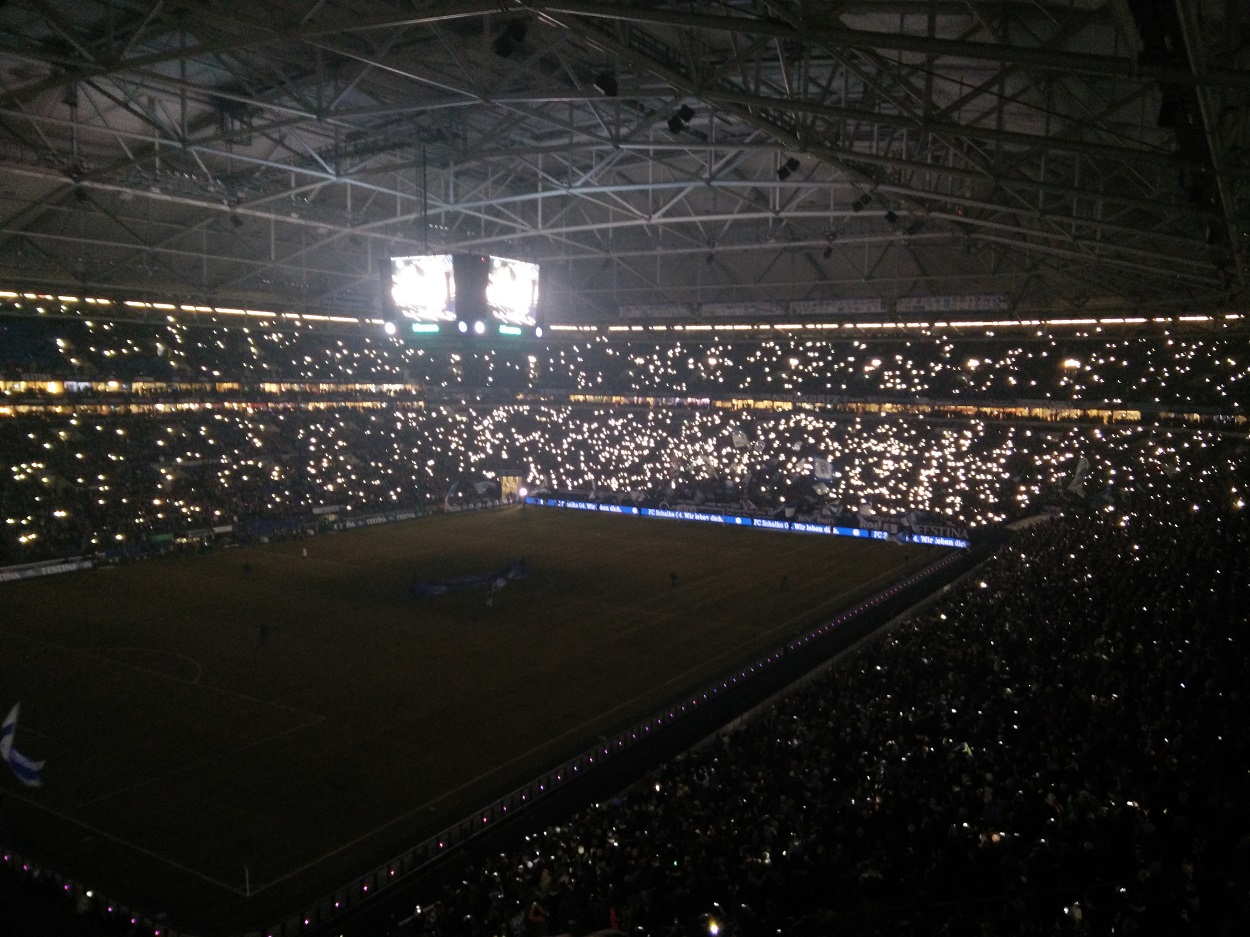 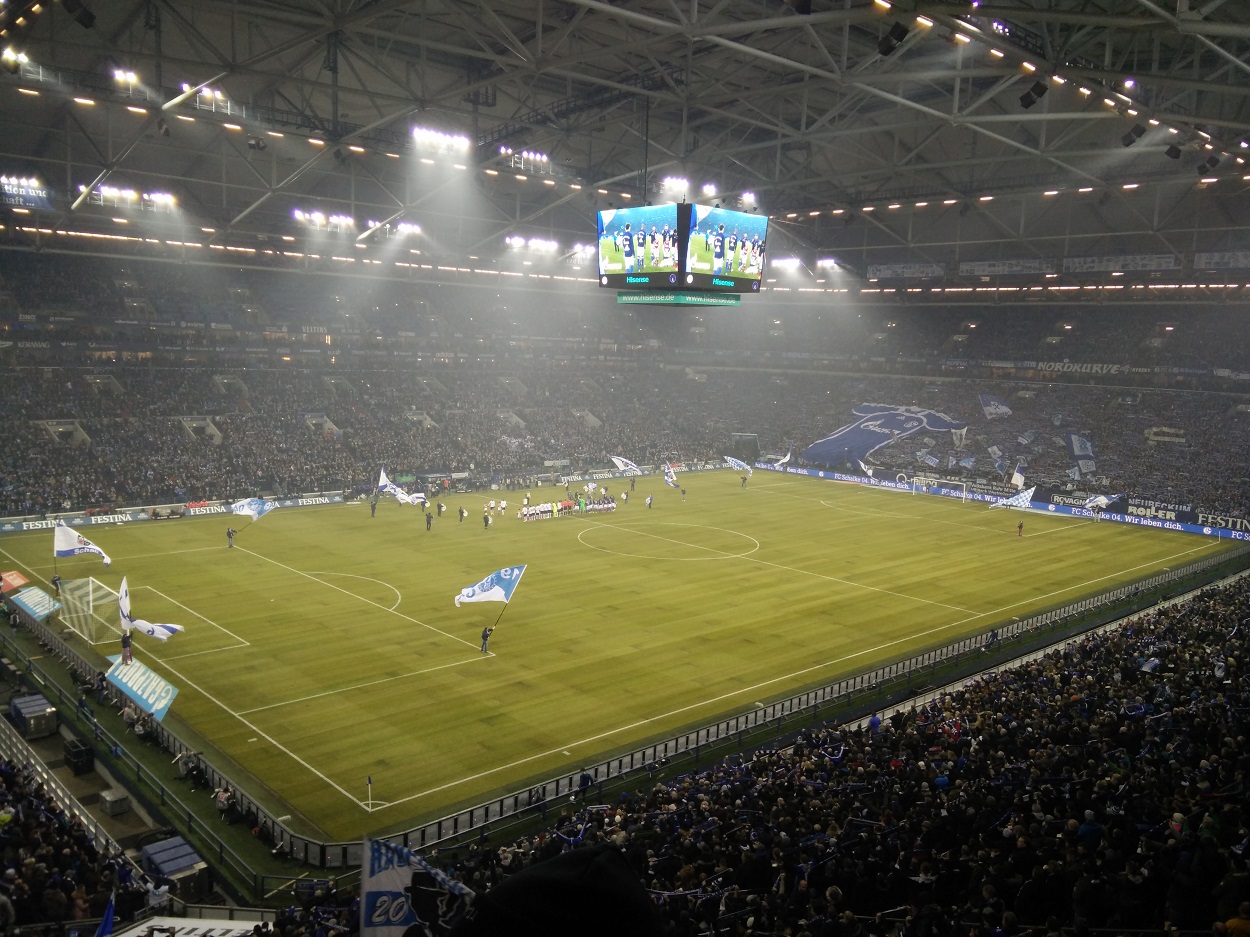 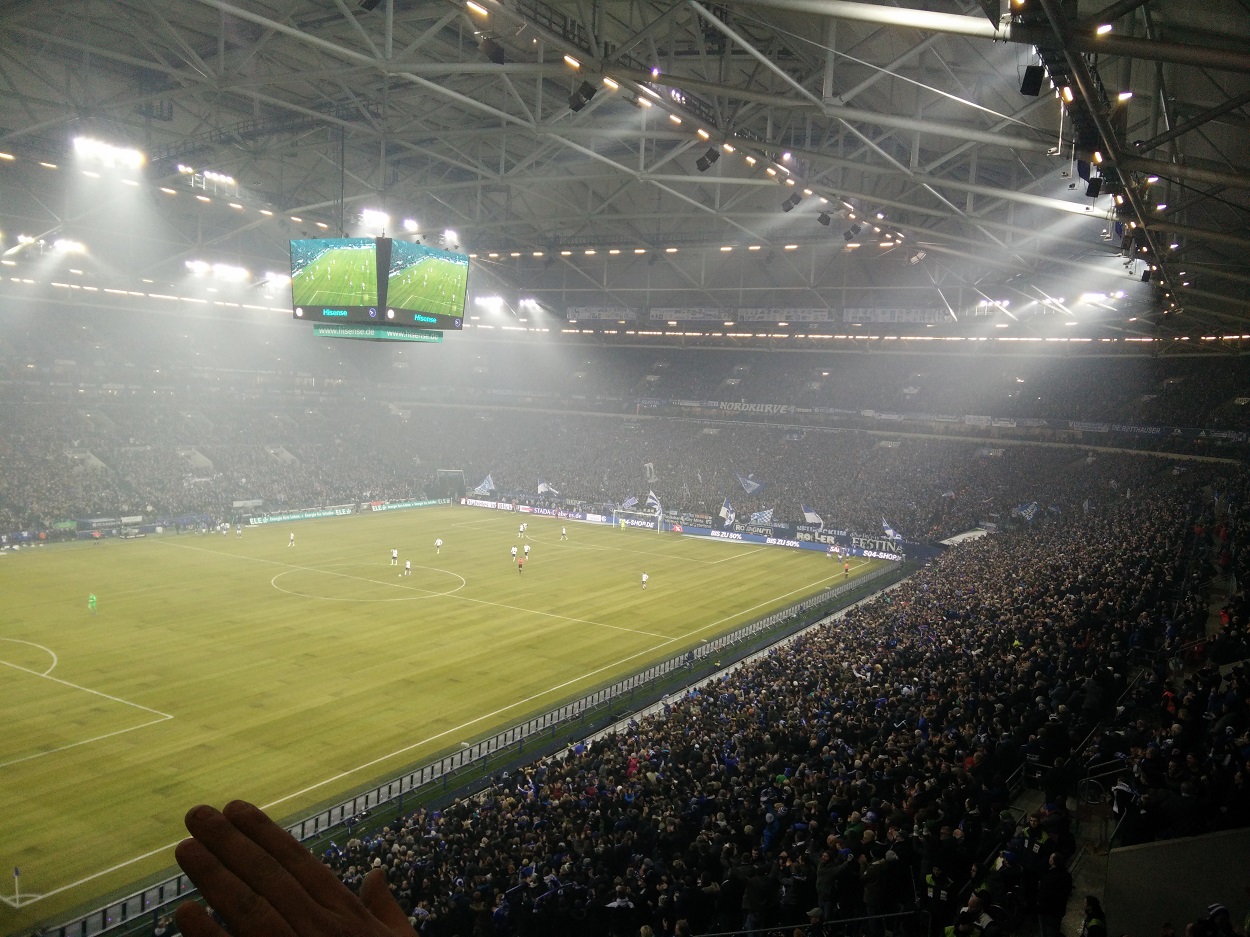 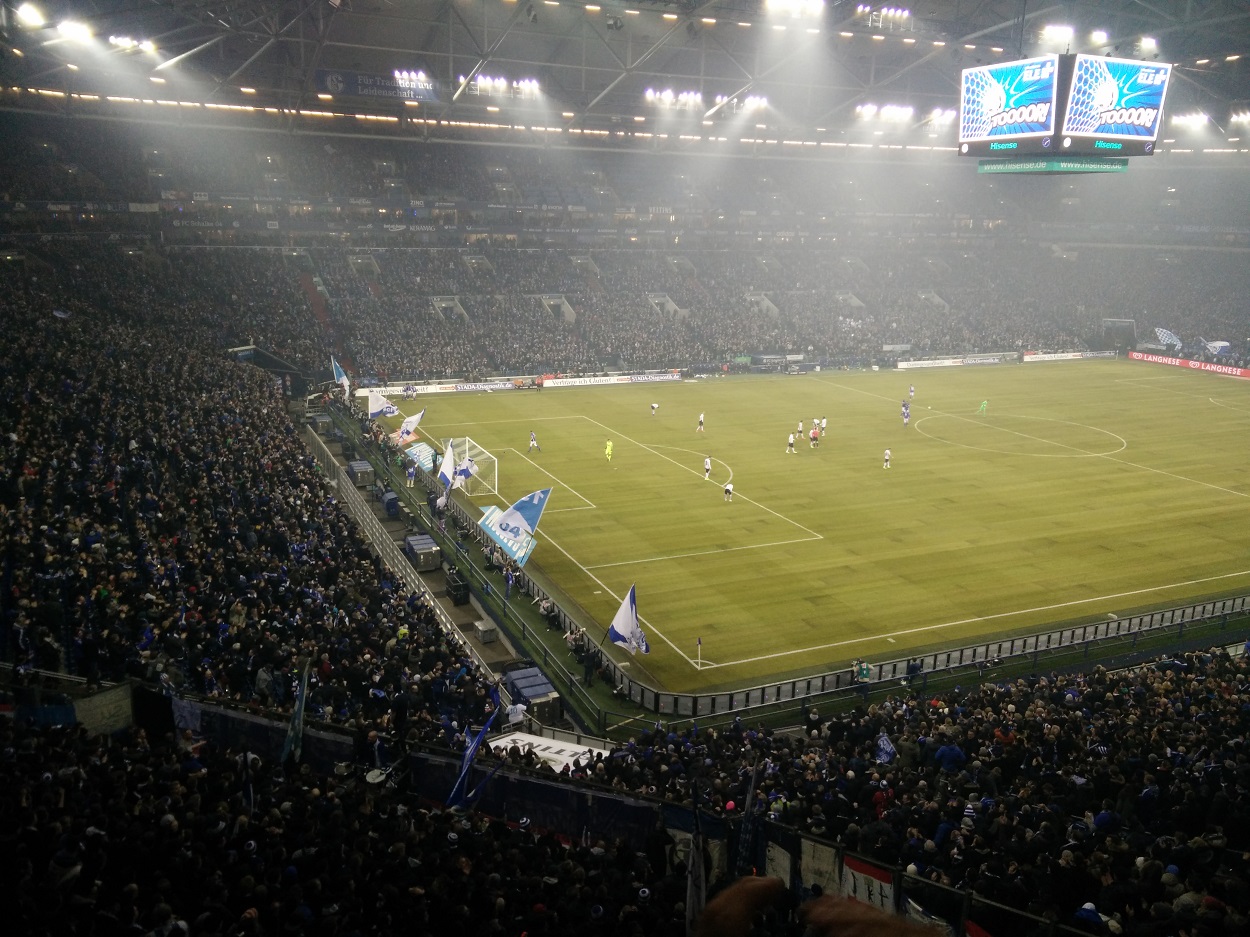 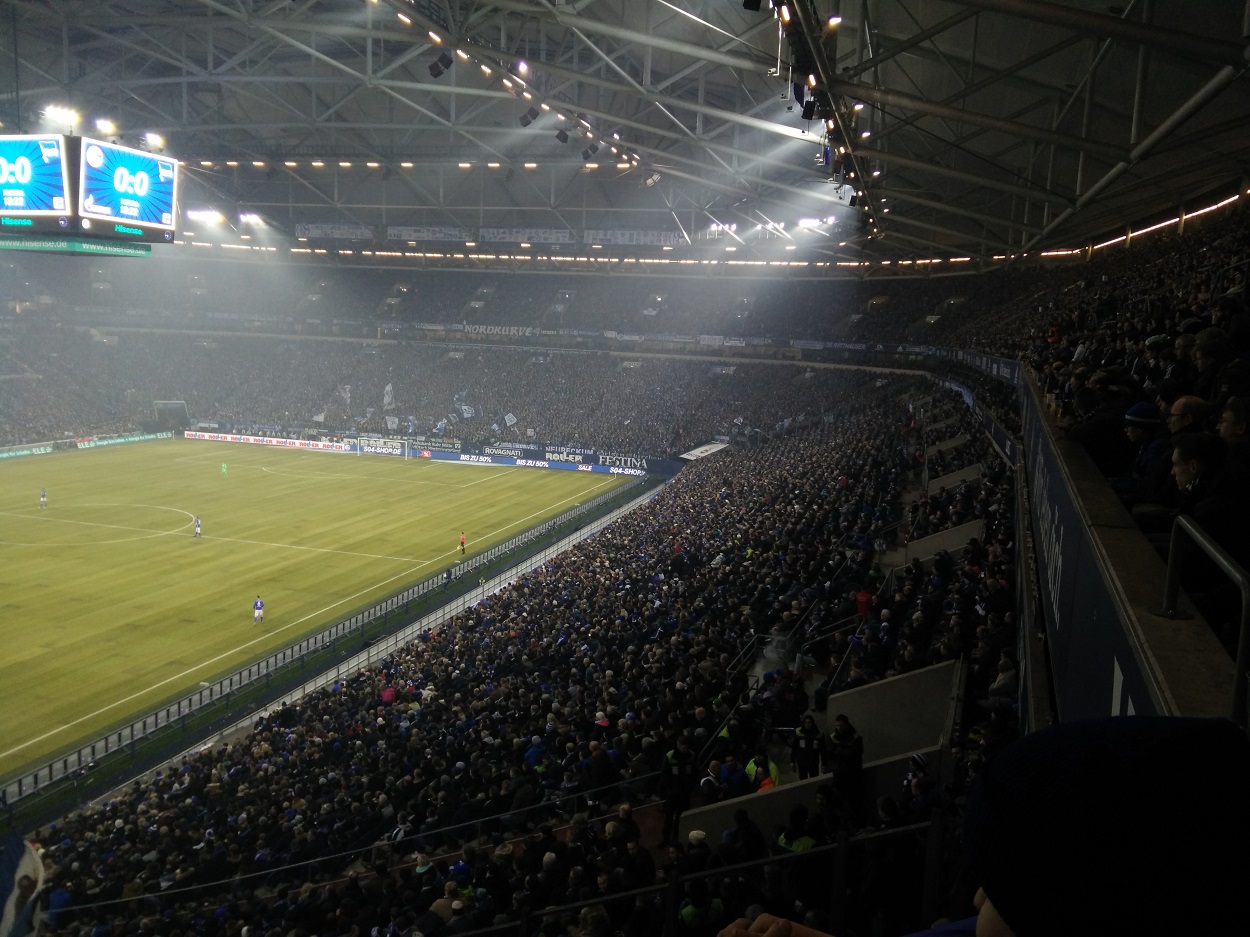 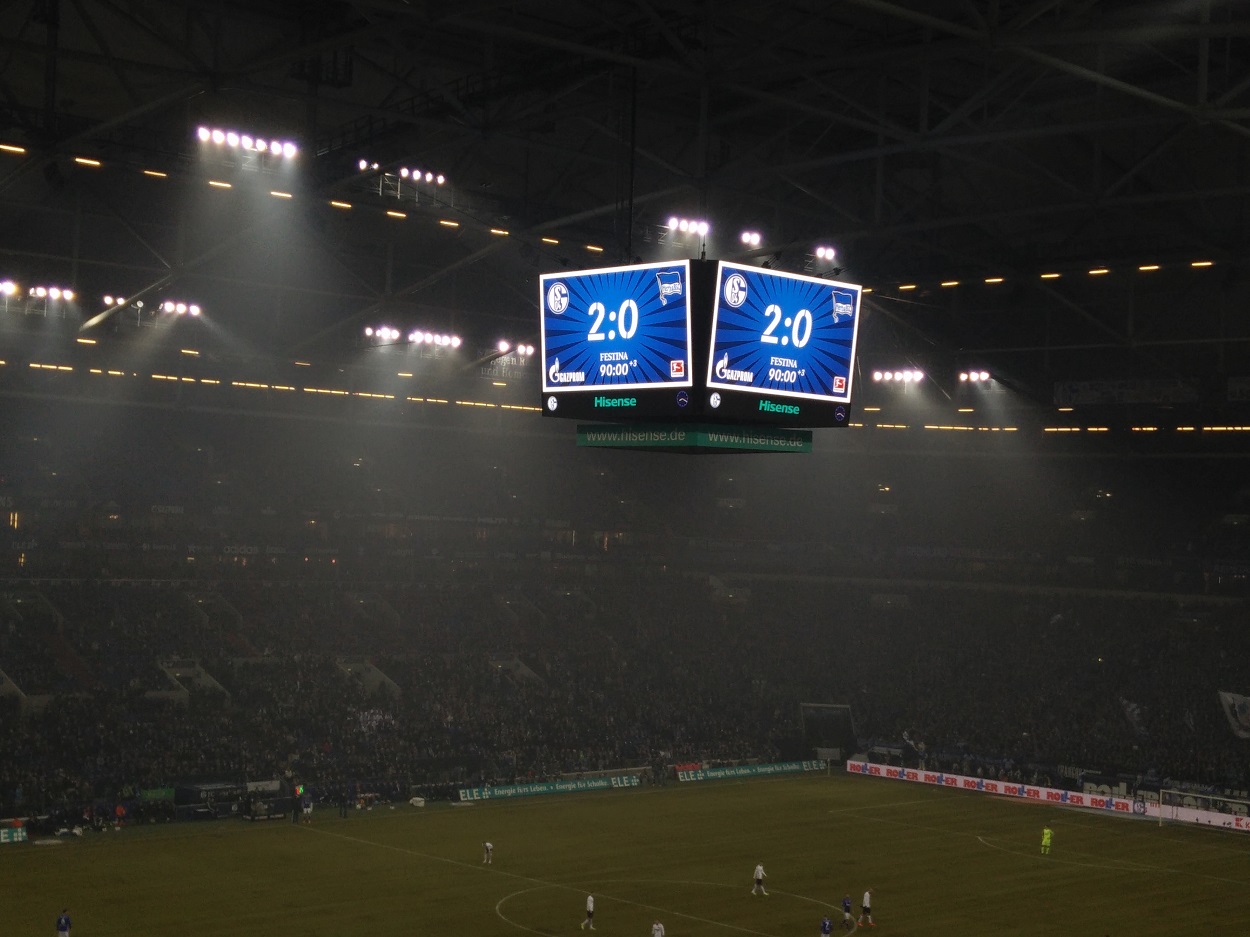