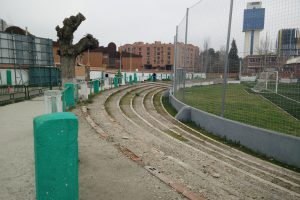 Easy double on Sunday as the Tercera Division games mostly start at noon, making it easy for me to reach Atlético Madrid on time, also because Villaverde is very easy to reach by metro from the Madrid city center.

SR Villaverde Boetticher hosted CD Móstoles and the hosts didn't seem to be awake yet as they were 0-2 down after just 10 minutes, which was also the score at the break. The opening 10 minutes of the 2nd half were identical with the visitors scoring another 2 goals; 0-4 after 55 minutes. In the extra time they even made it 0-5 (out of 6 or 7 shots). The visitors really had to thank their keeper after the game as he won the game for them by making numerous beautiful and unbelievable saves.

Villaverde Boetticher has a new 3G pitch but the rest of their ground is really beautiful. The wooden benches, the main stand, the terraces behind the goal.. it all looks very old school. 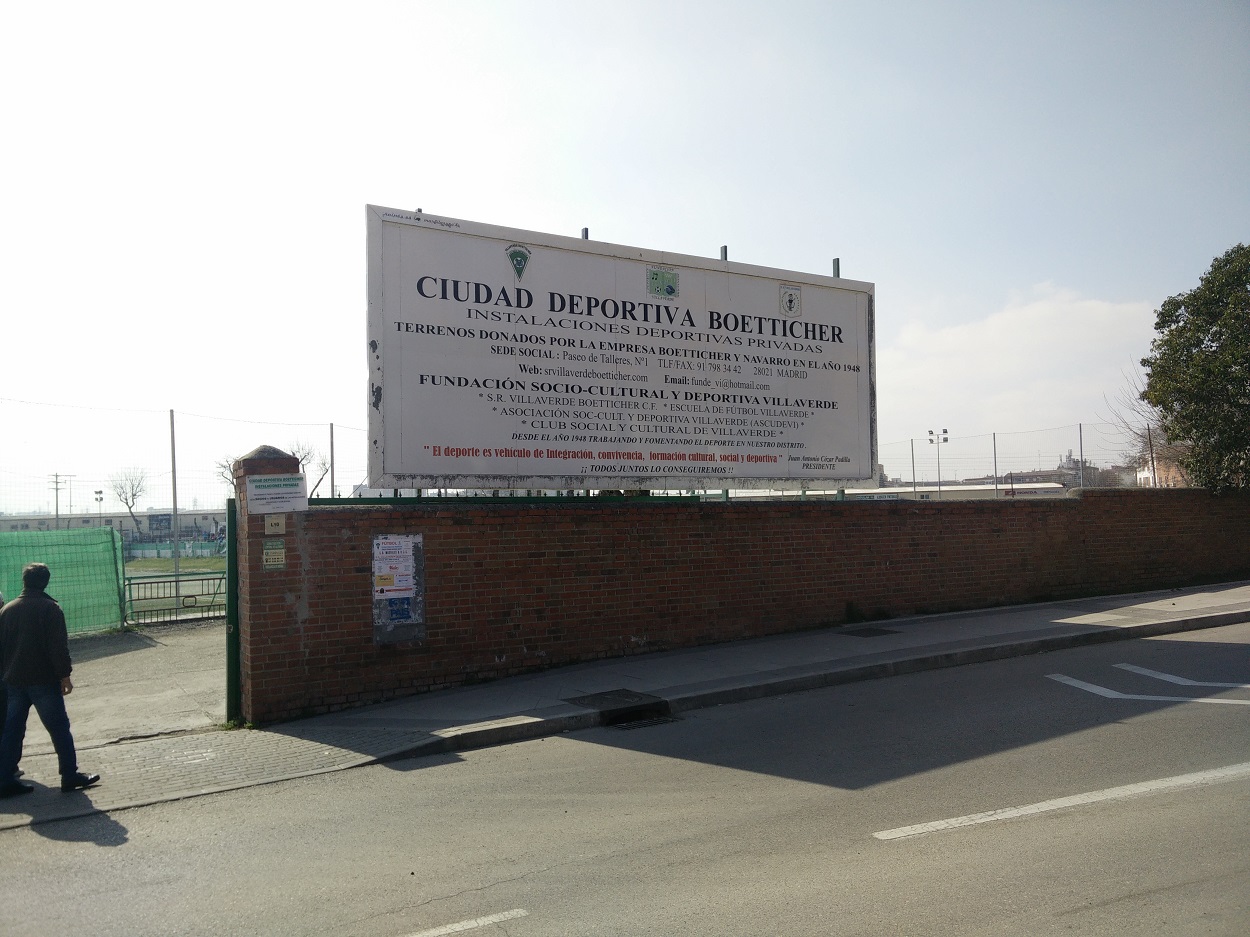 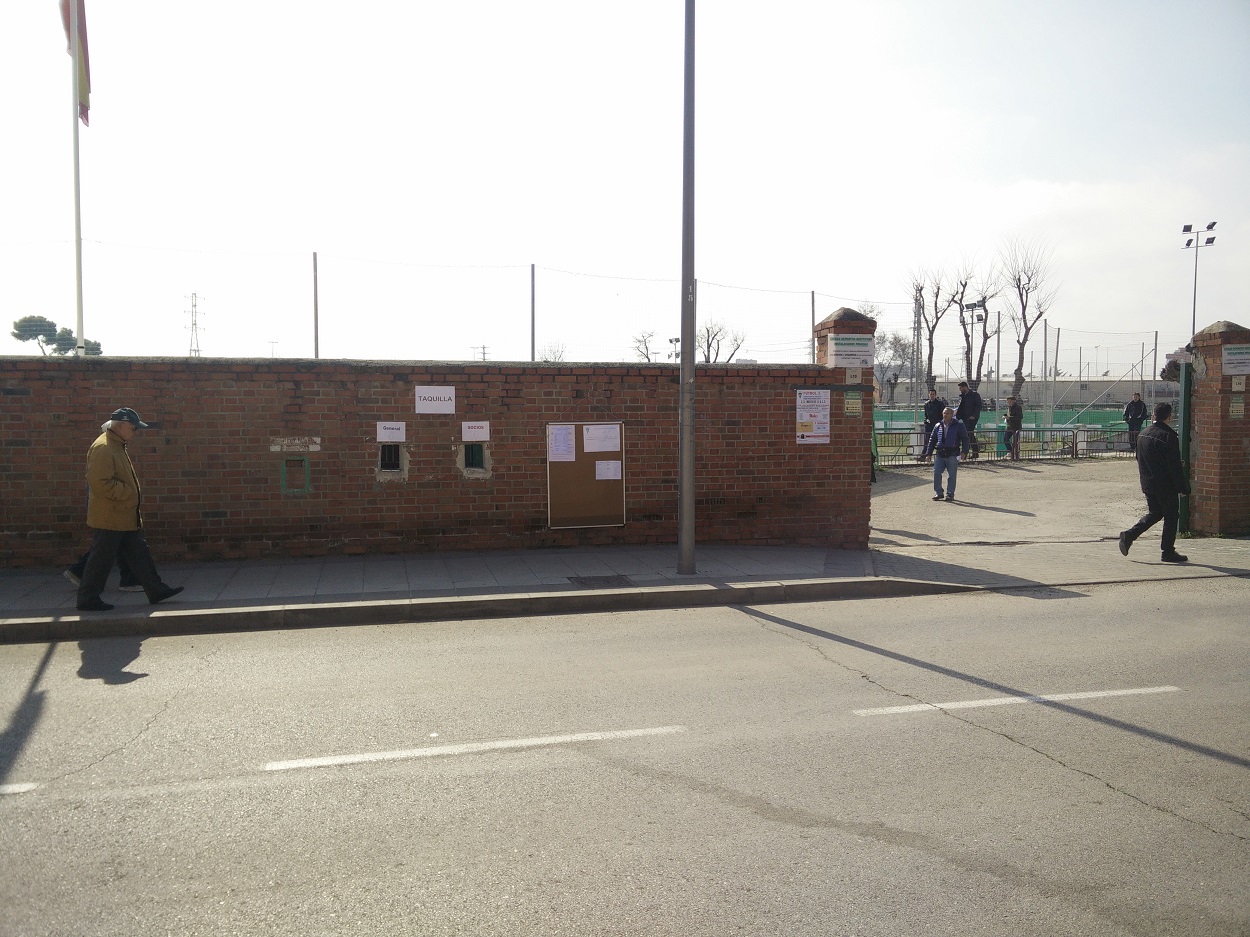 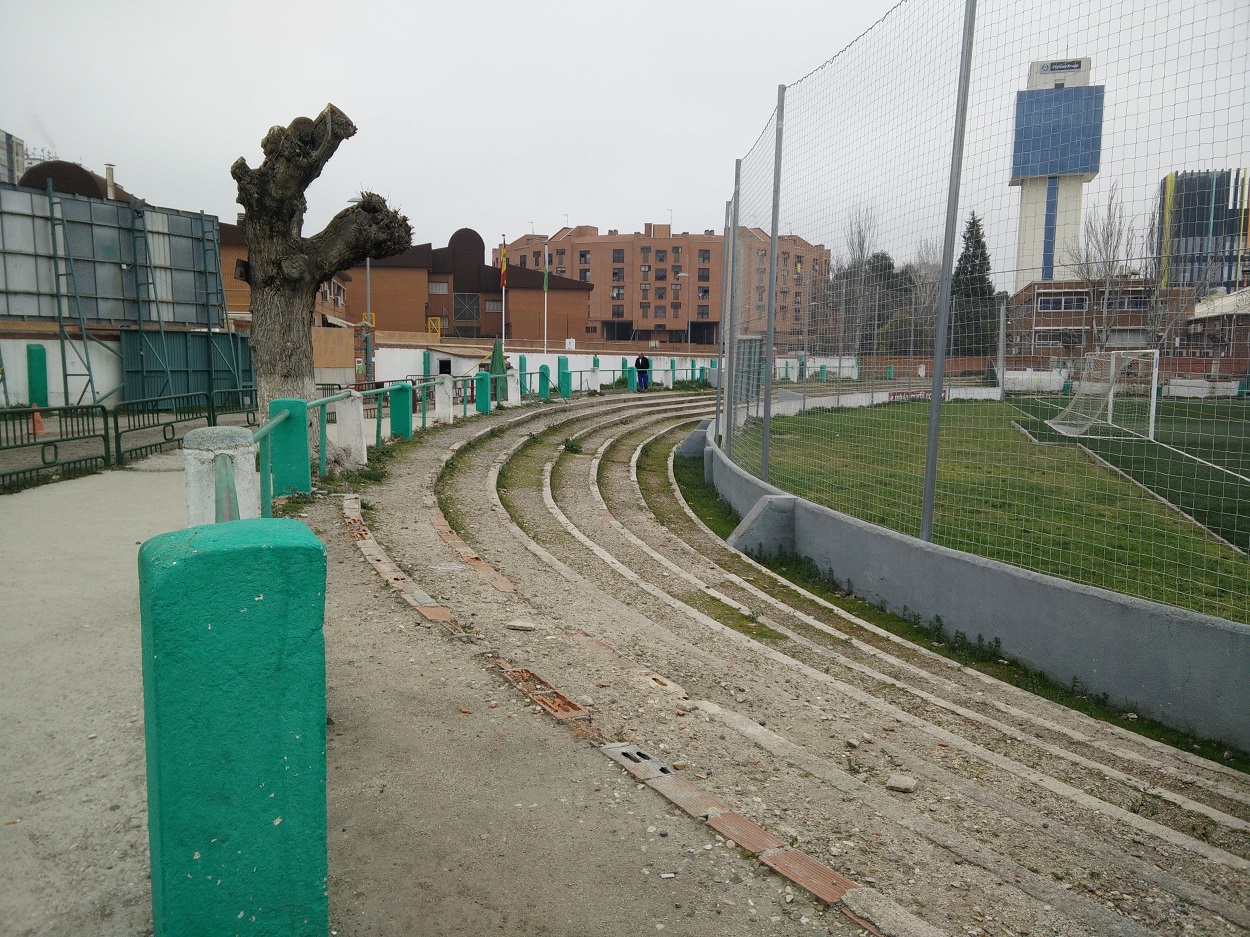 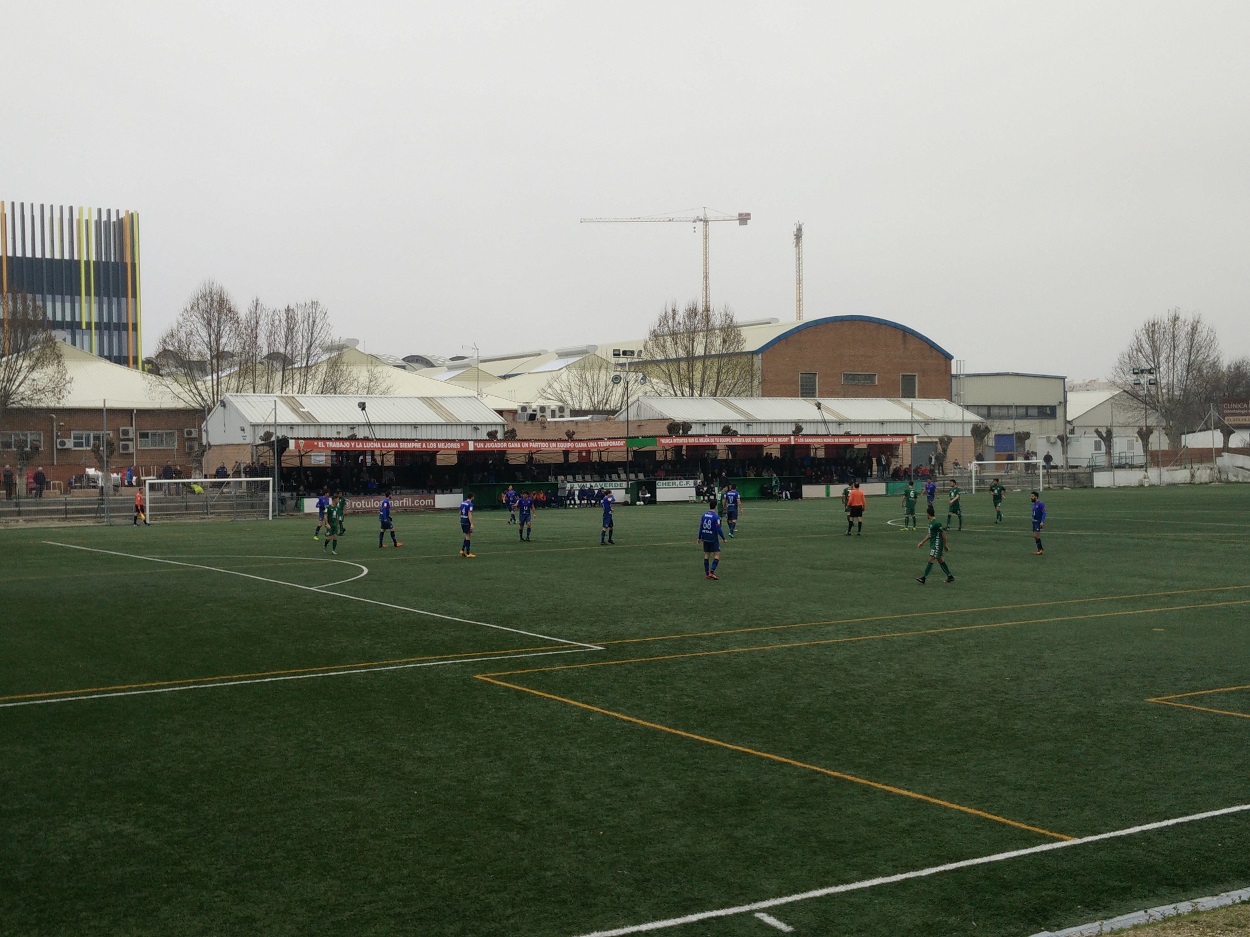 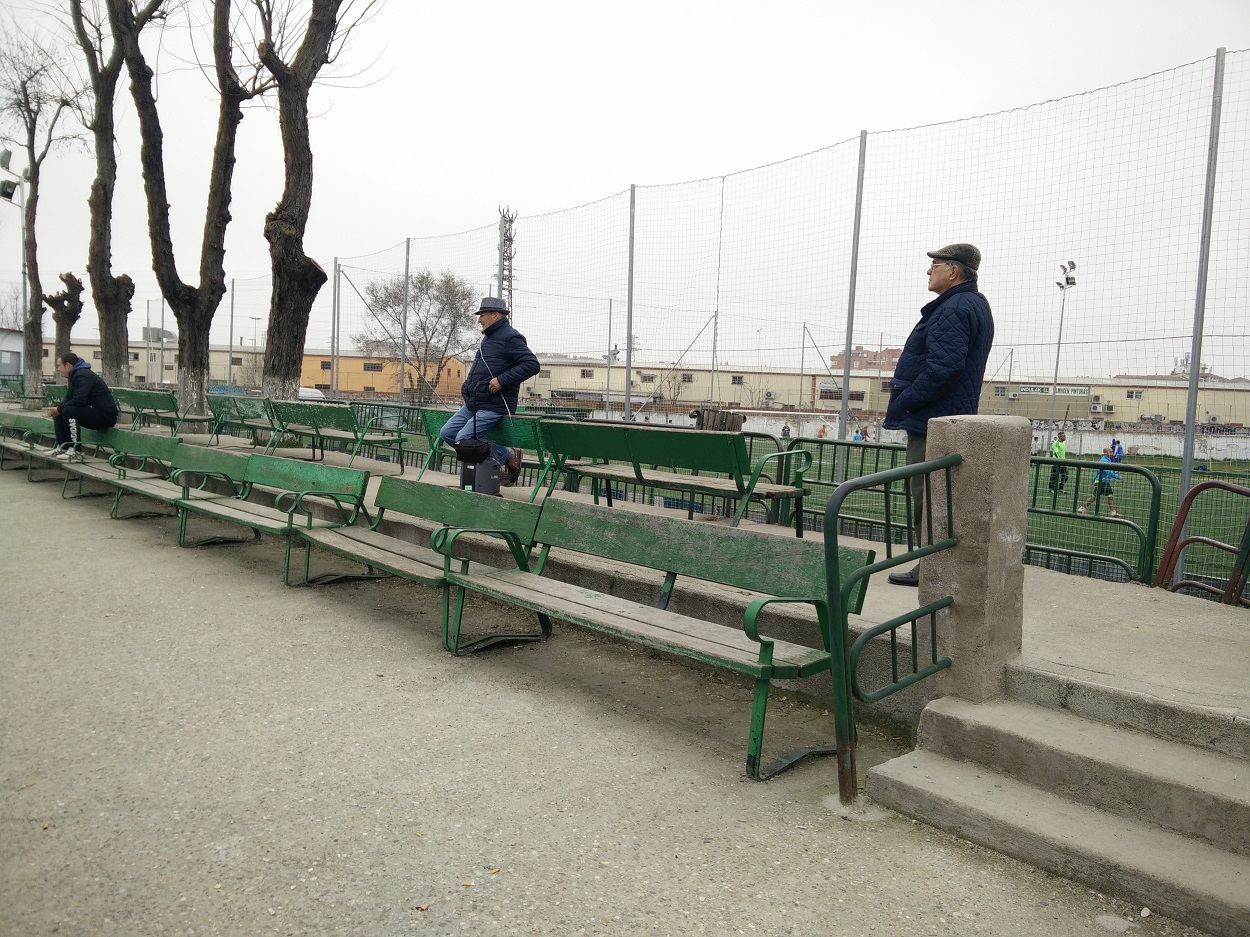 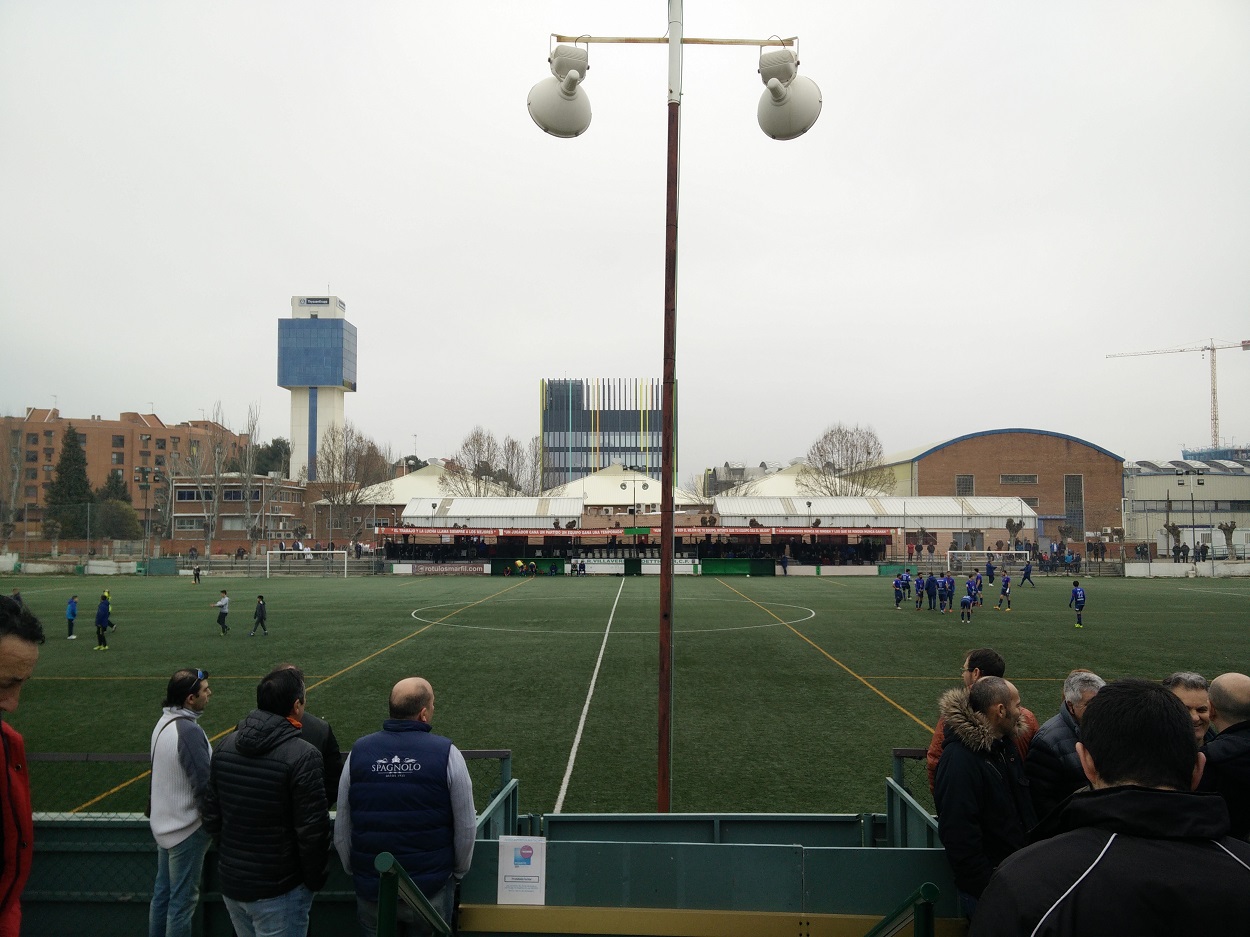 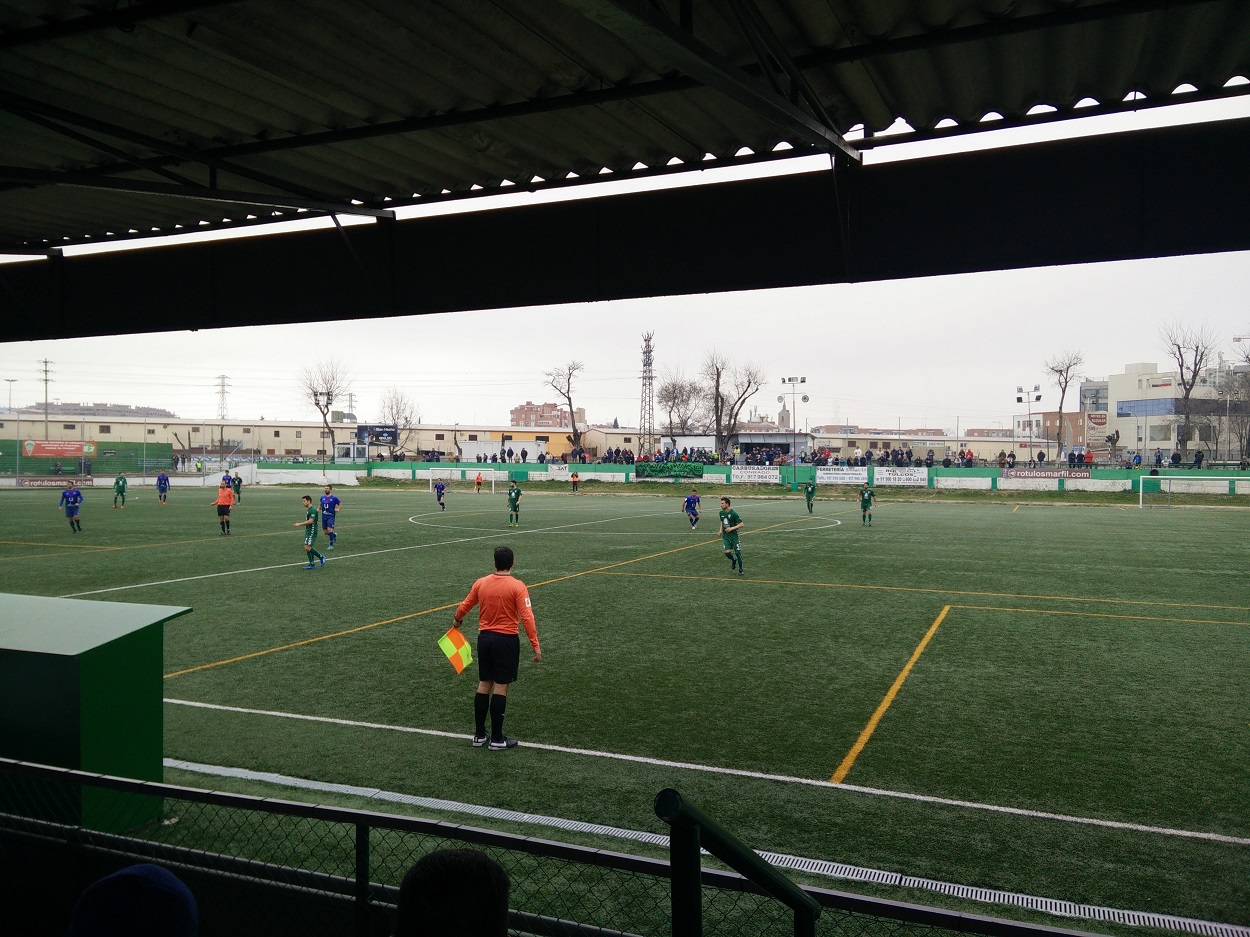 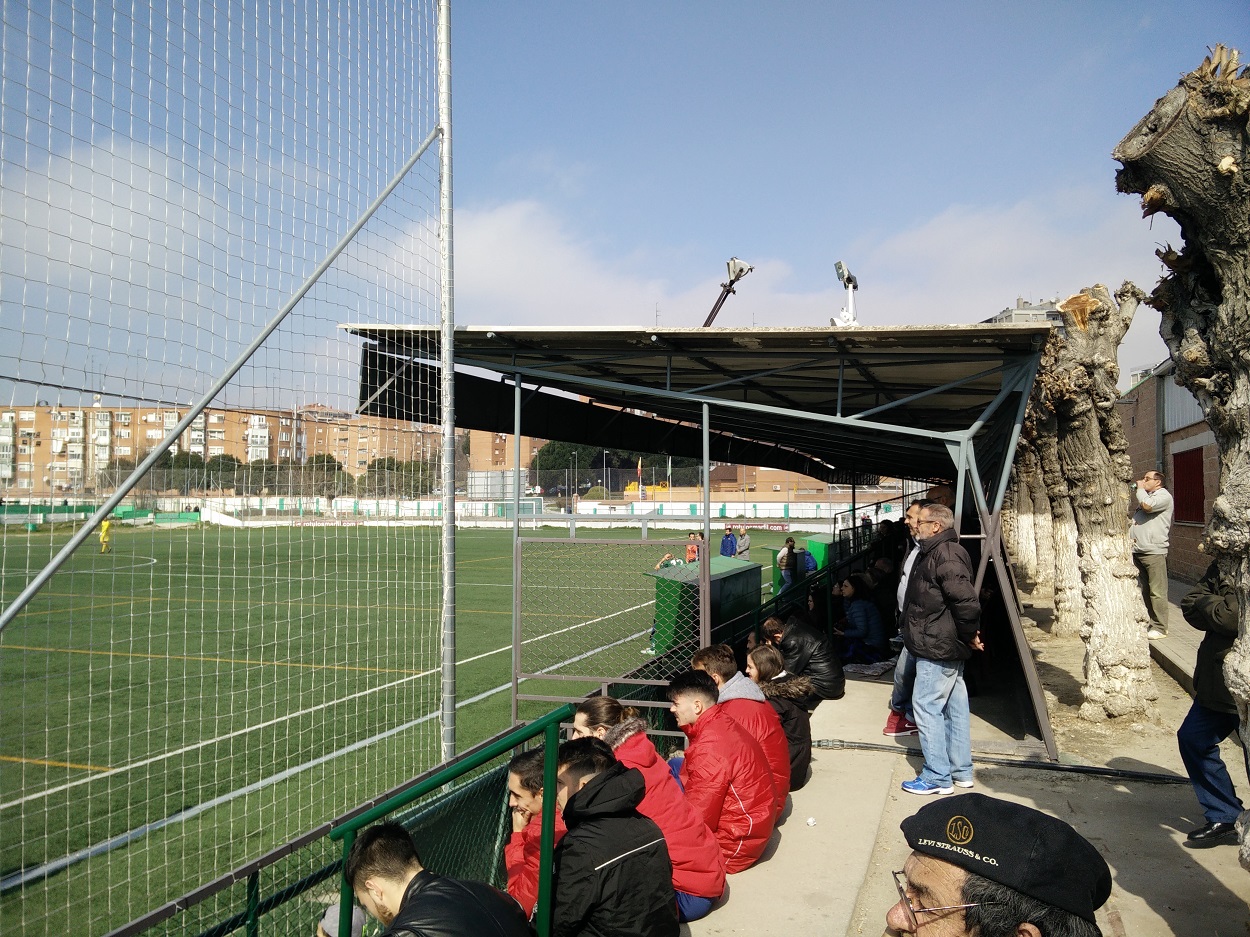