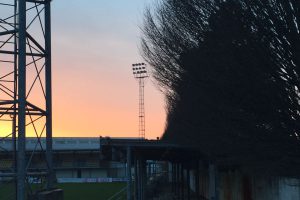 After leaving CS Sedan, I headed to UR Namur as it was one of the most nearby grounds to my place which was still unvisited. Just like Sedan, UR Namur are bottom of the league. No upset here today, as the home team lost against RFC Meux with 1-5. The visitors were much better but I assume the home team might have some work on defensive headers as Meux scored 4 out of 5 goals by head...

Despite the fact that KVK Tienen played UR Namur very often, I never visited this ground before. The Stade communal "des Bas-Prés" is in use by UR Namur since 2002 as they left the Stade Michel Soulier (named after a played who died in 1977 during a cup game in Anderlecht) in 2002.

Their actual ground also has a beautiful paiting to honour an old-player, Patrick Mauléon, who died after a lingering illness. The Stade des Bas-Prés can hold 3500 fans, which is also their record attendance in a promotion play-off game against KSV Geel in 2007. 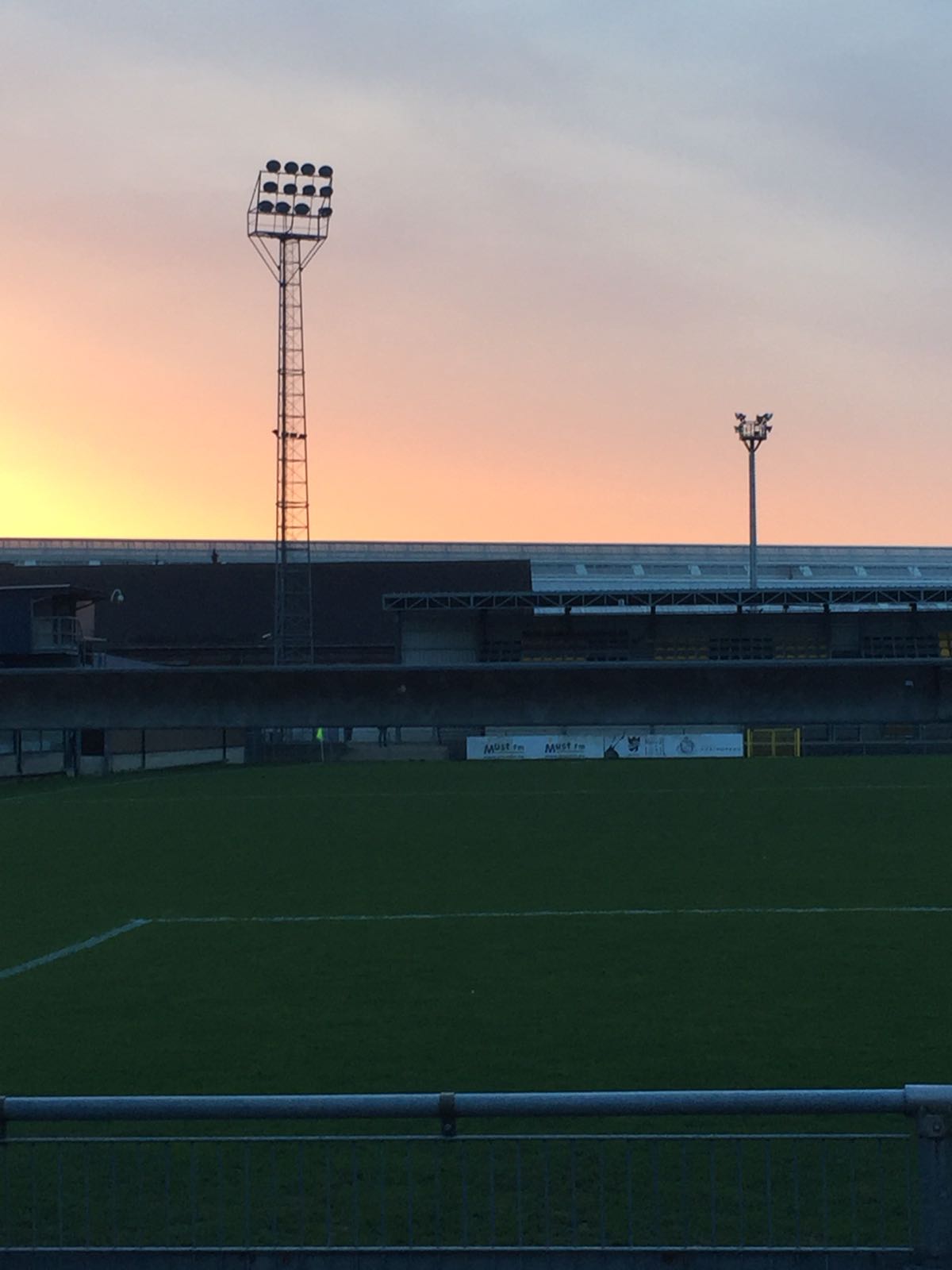 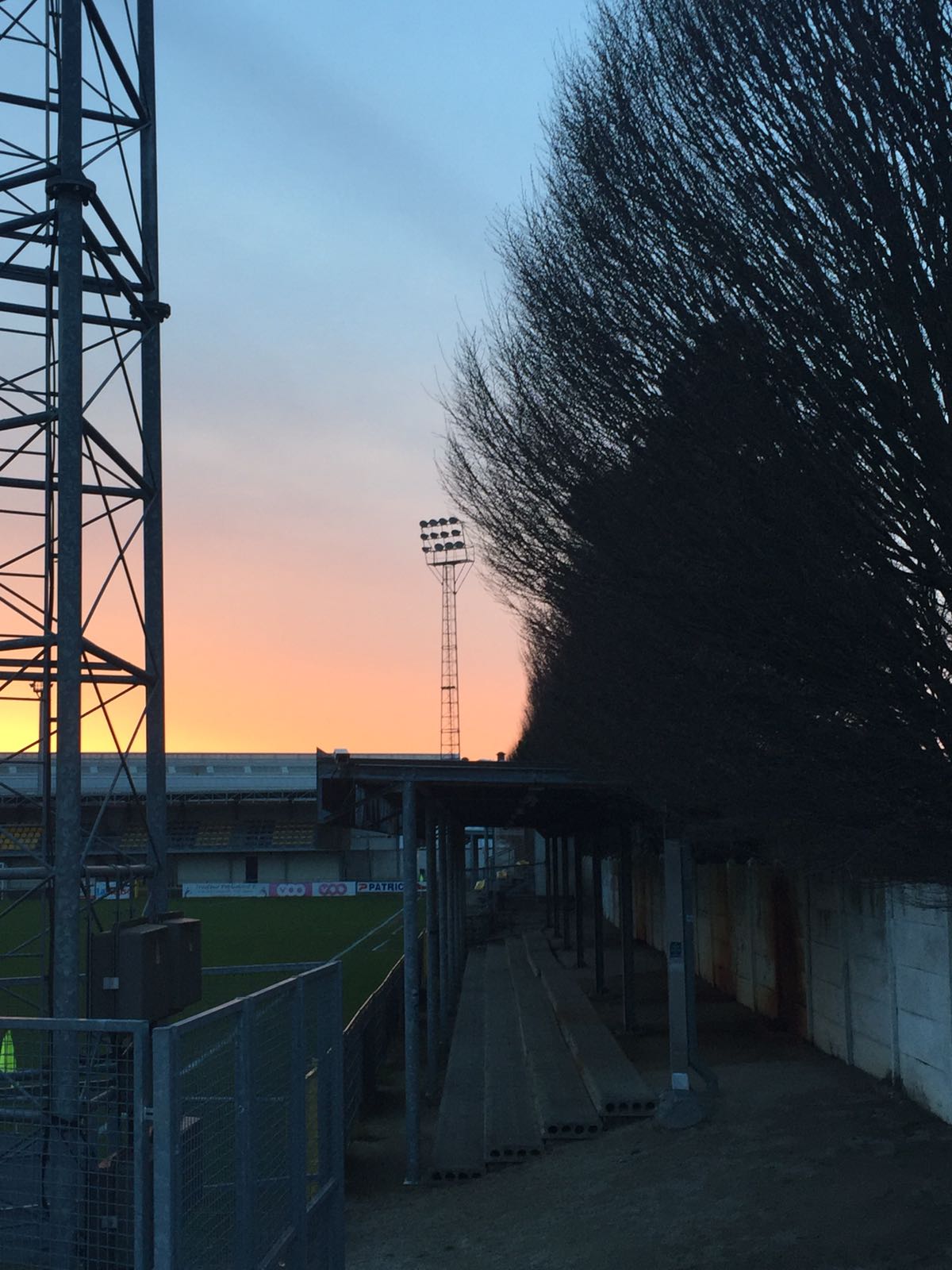 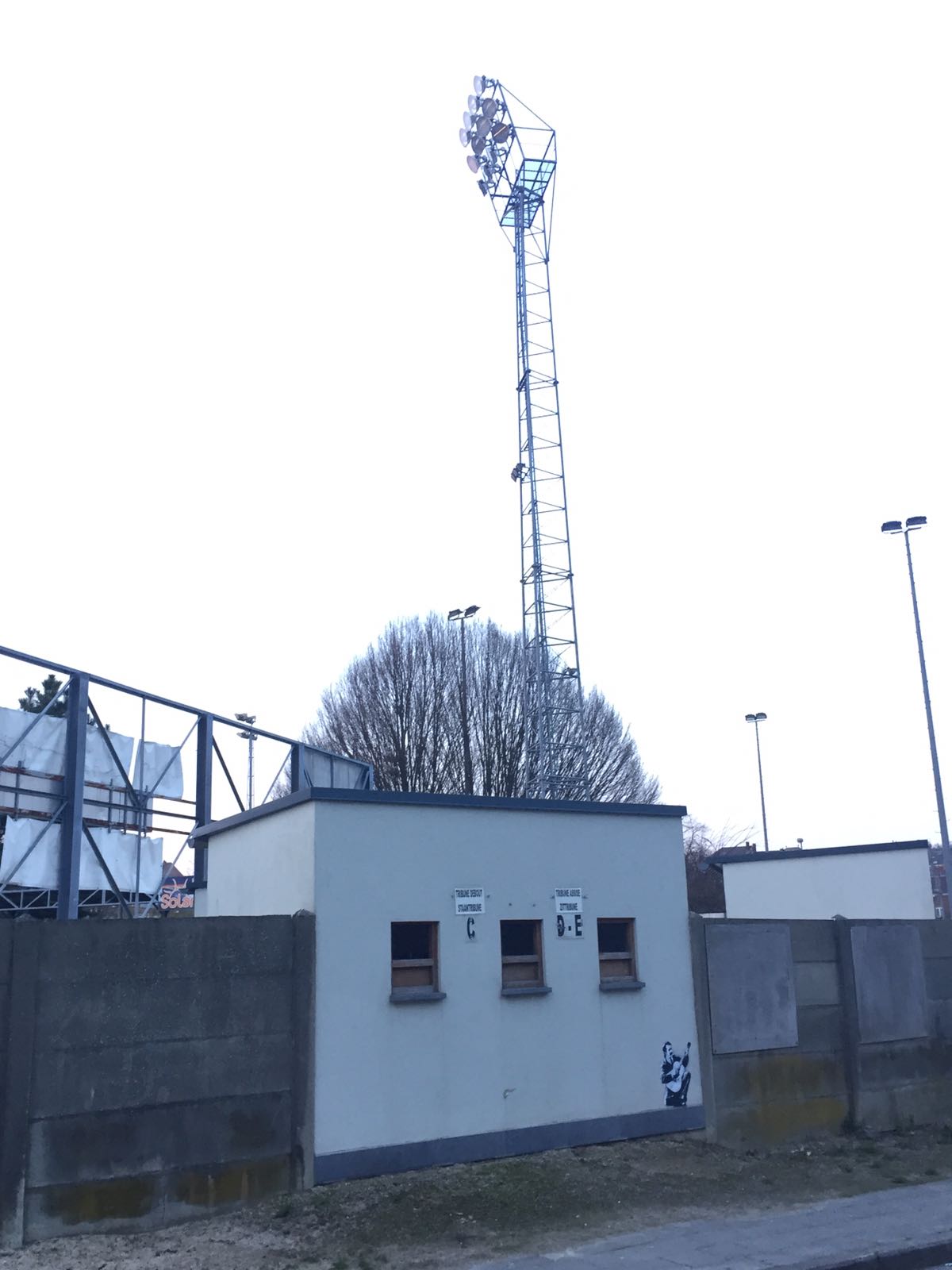 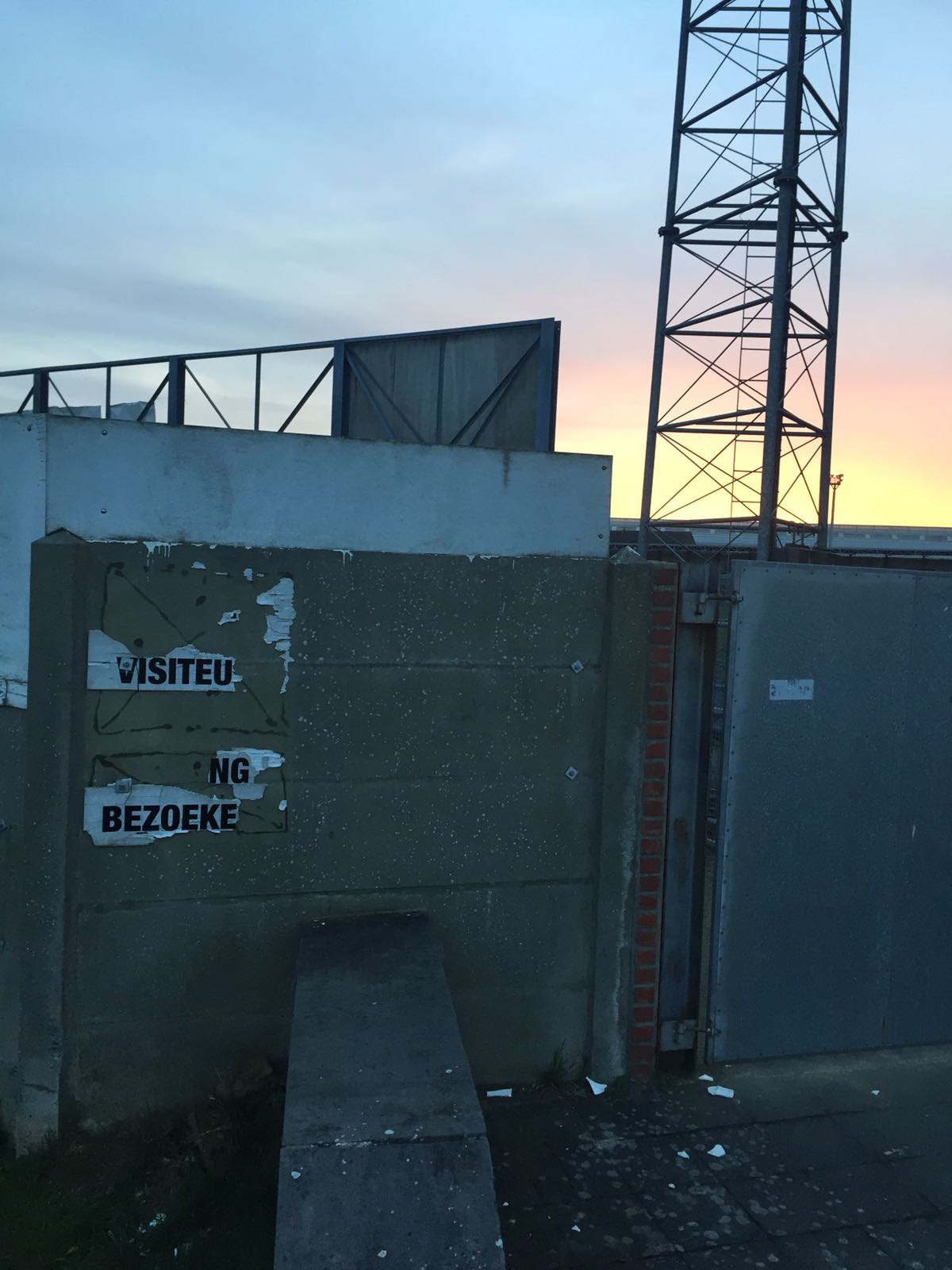 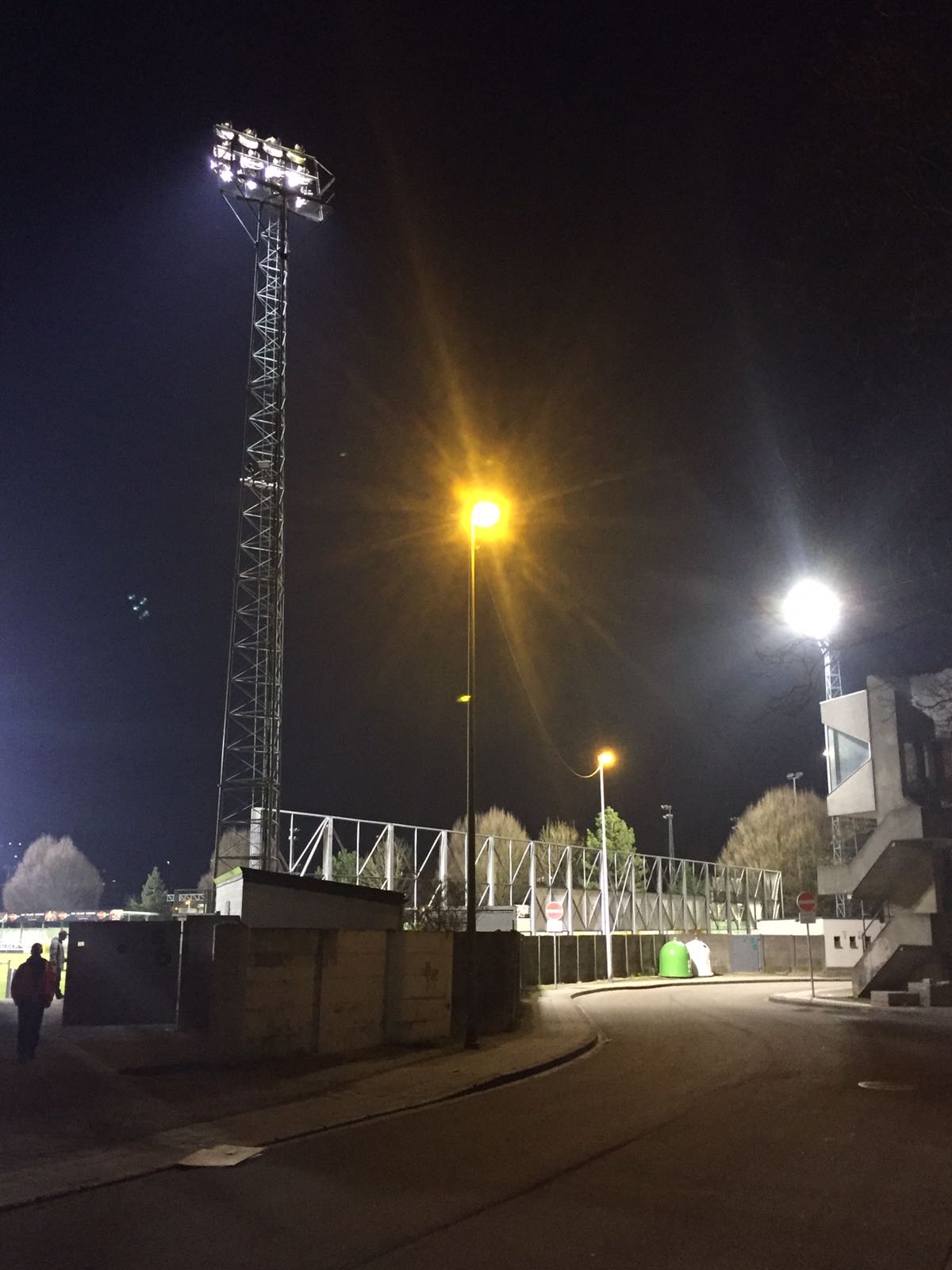 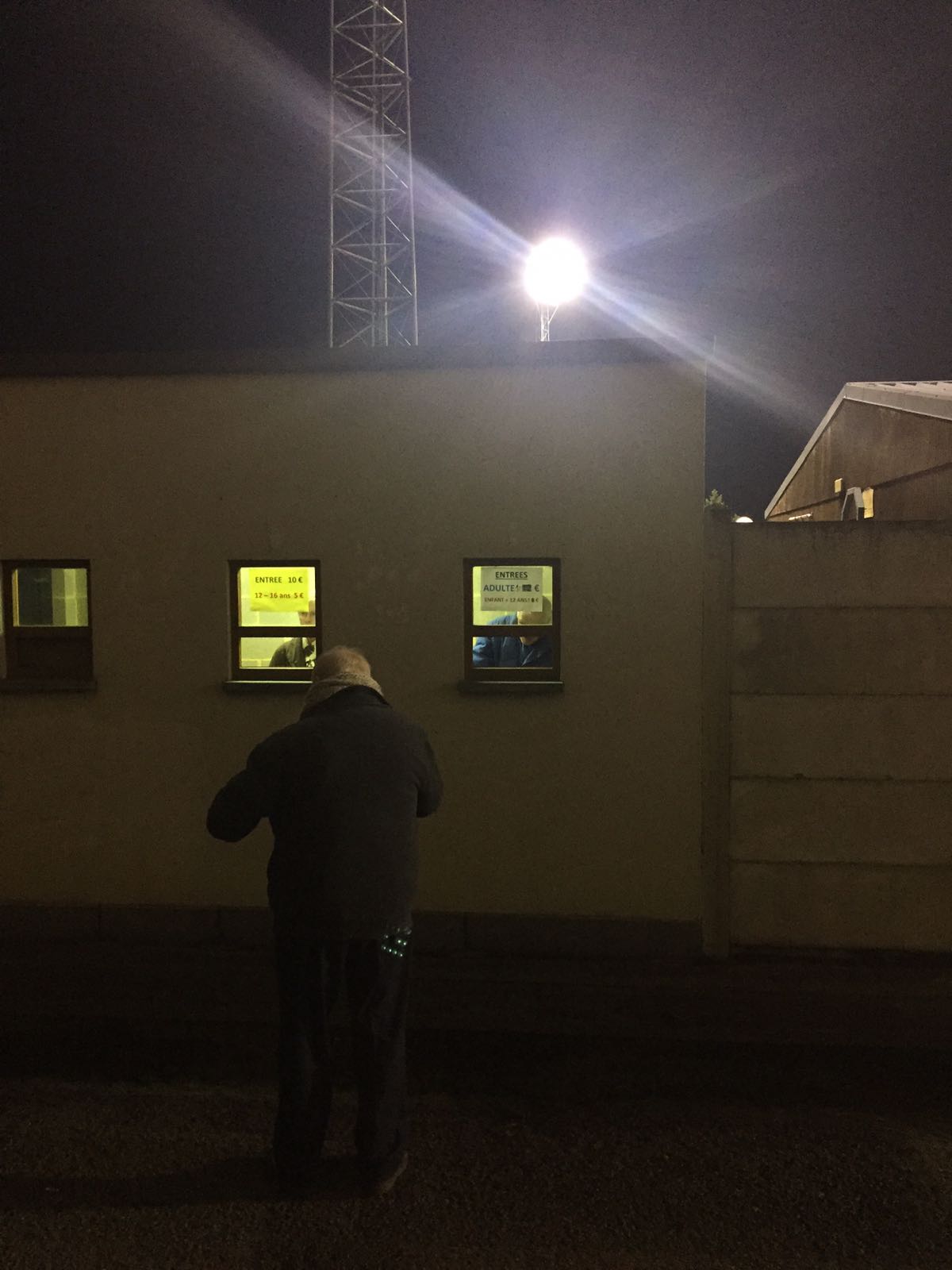 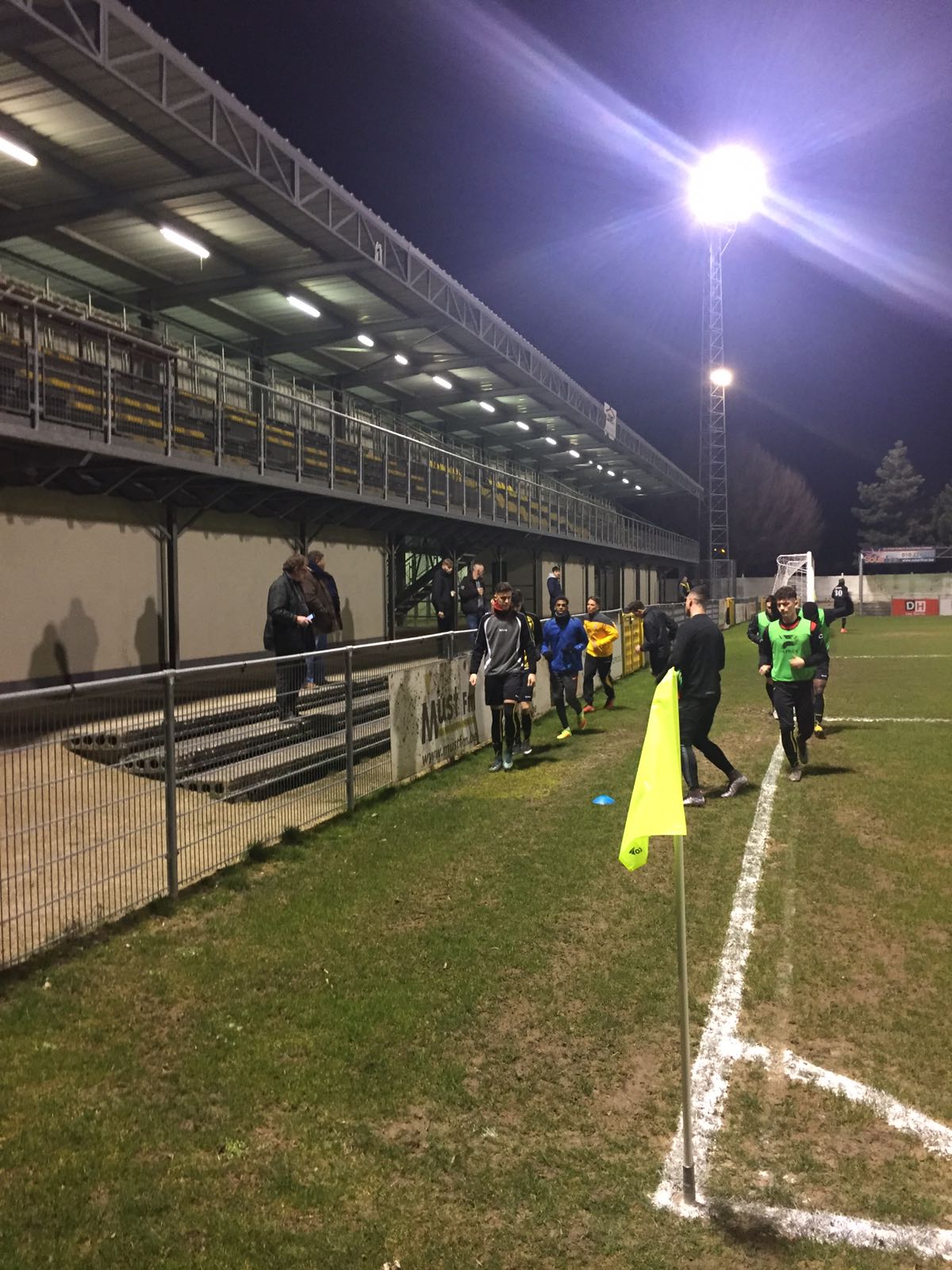 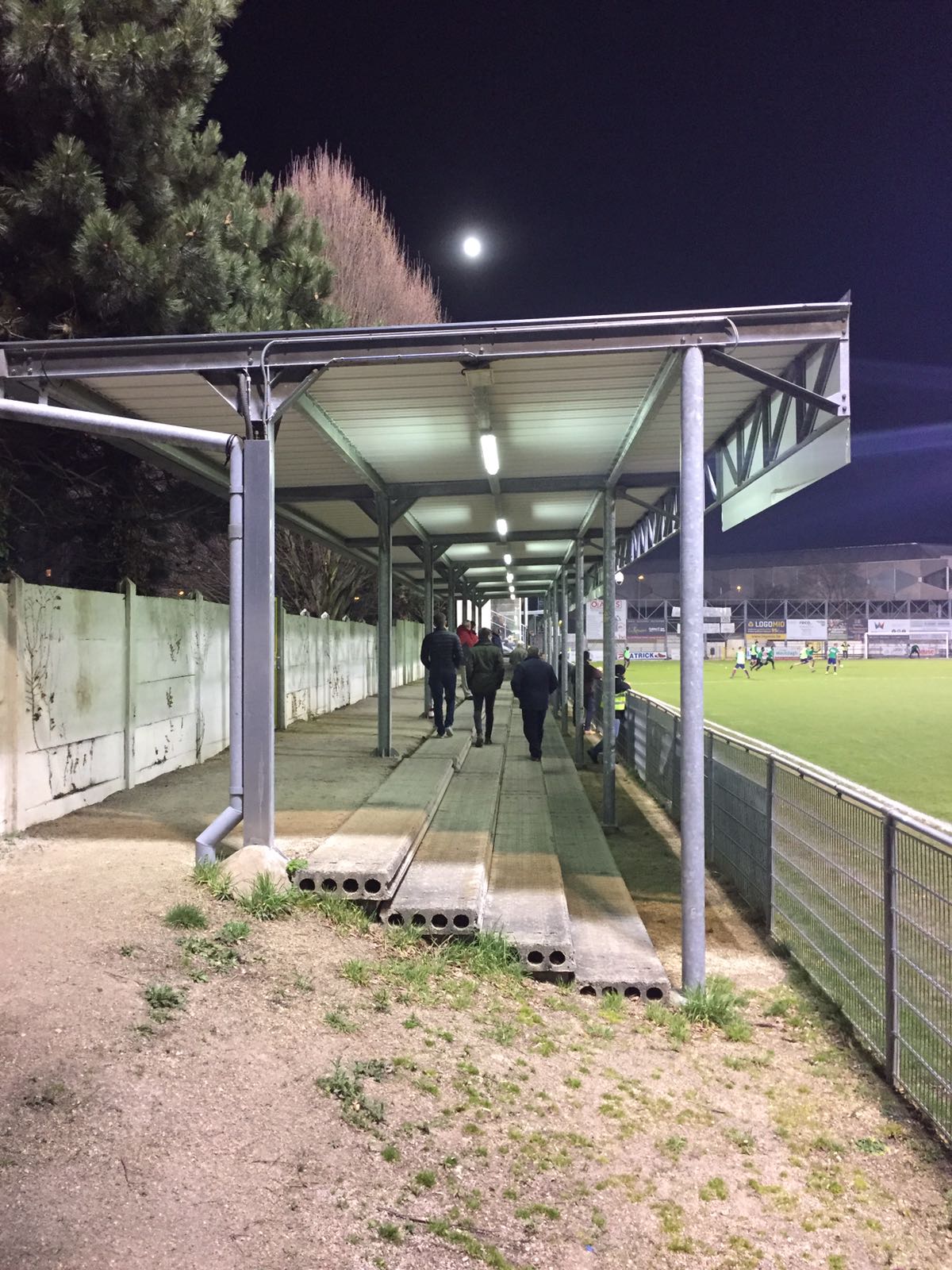 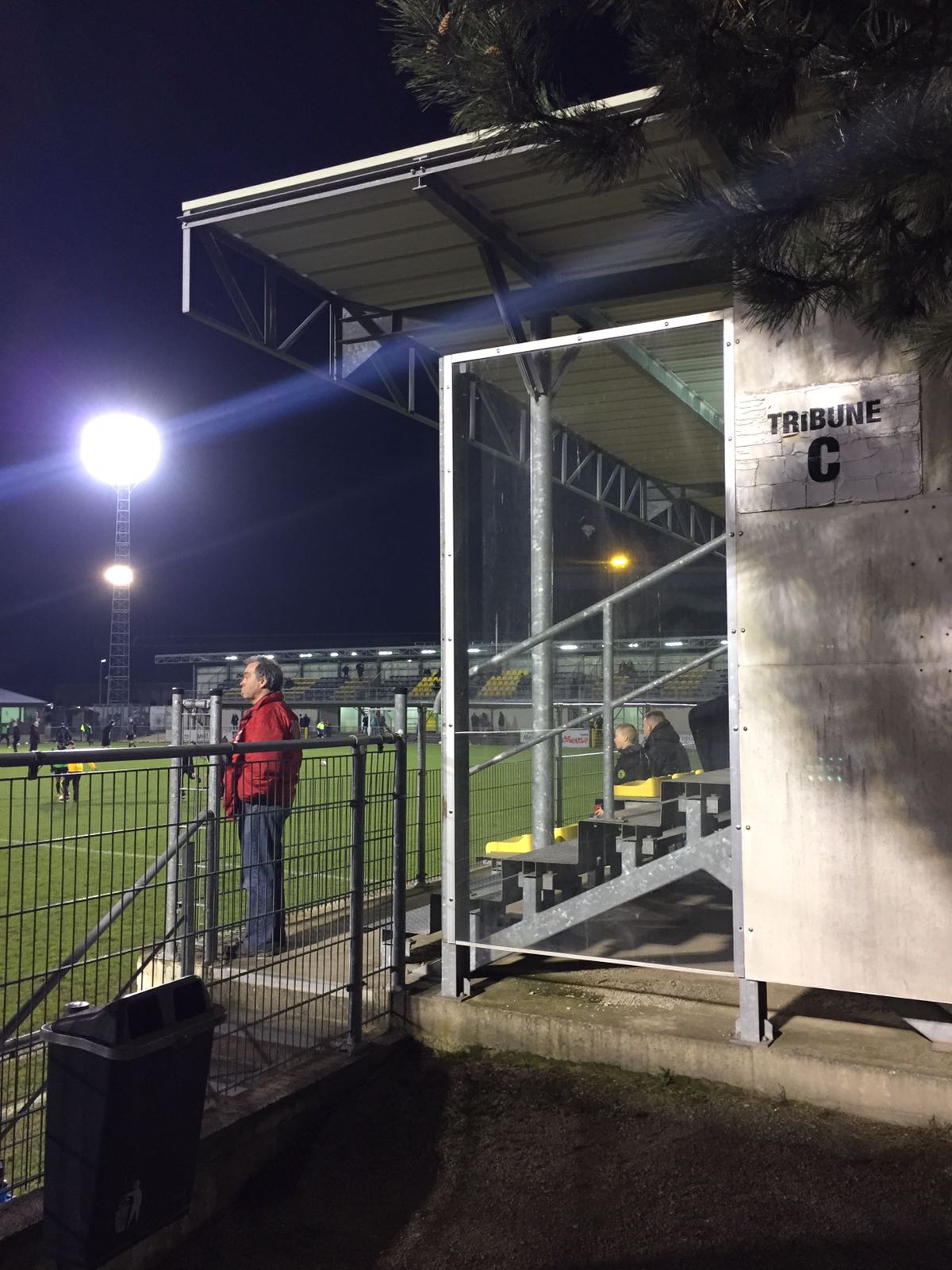 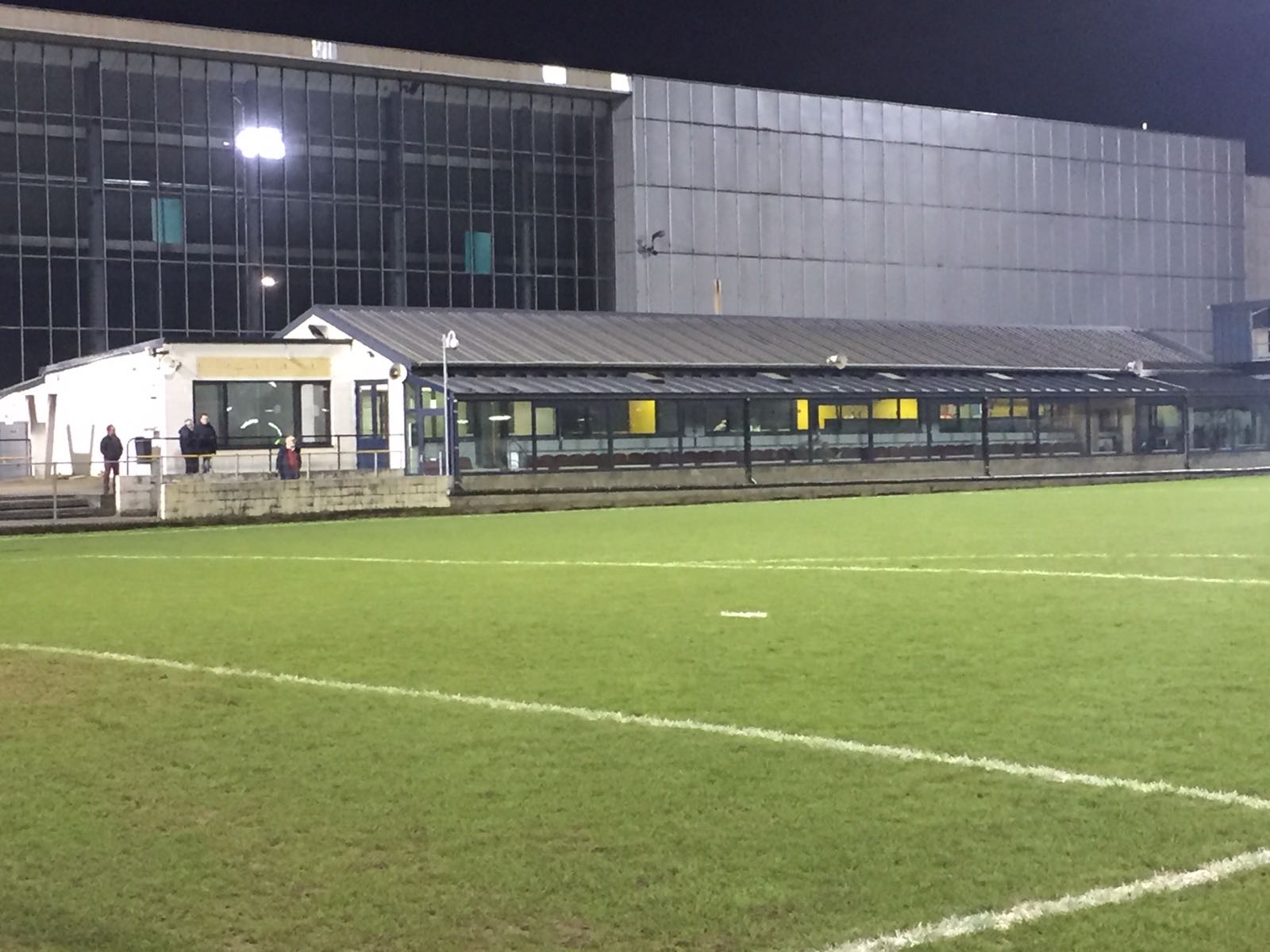 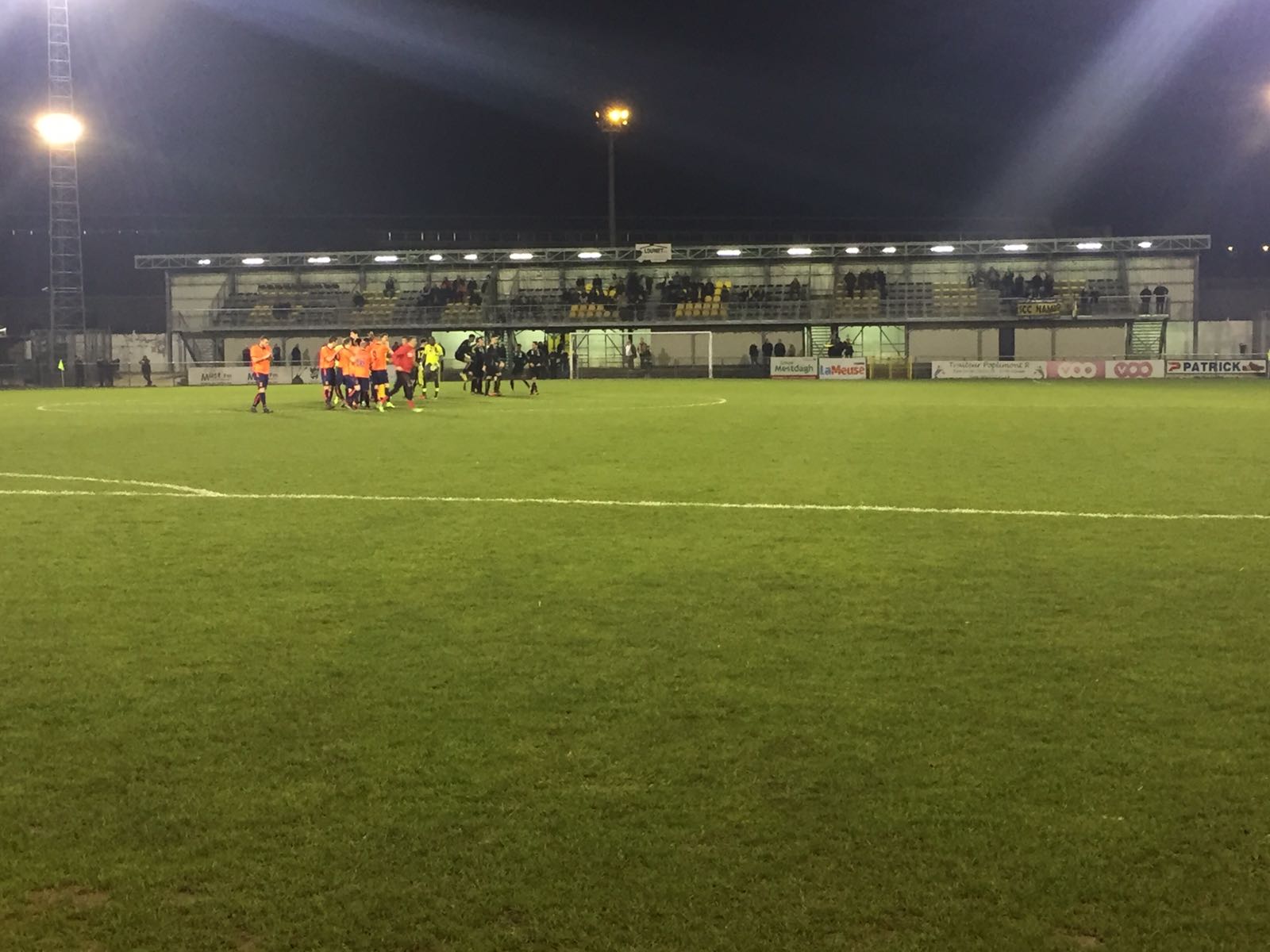 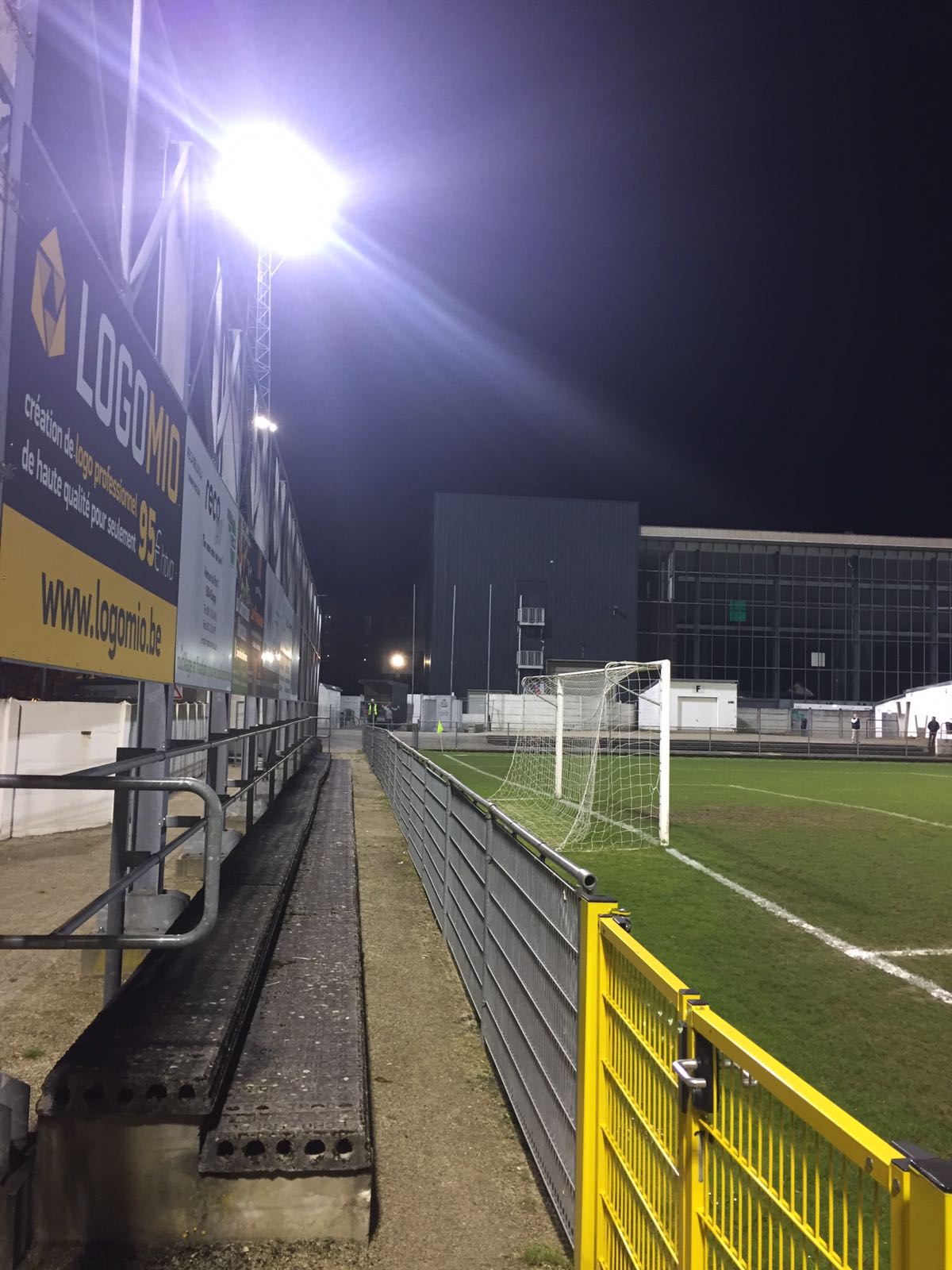 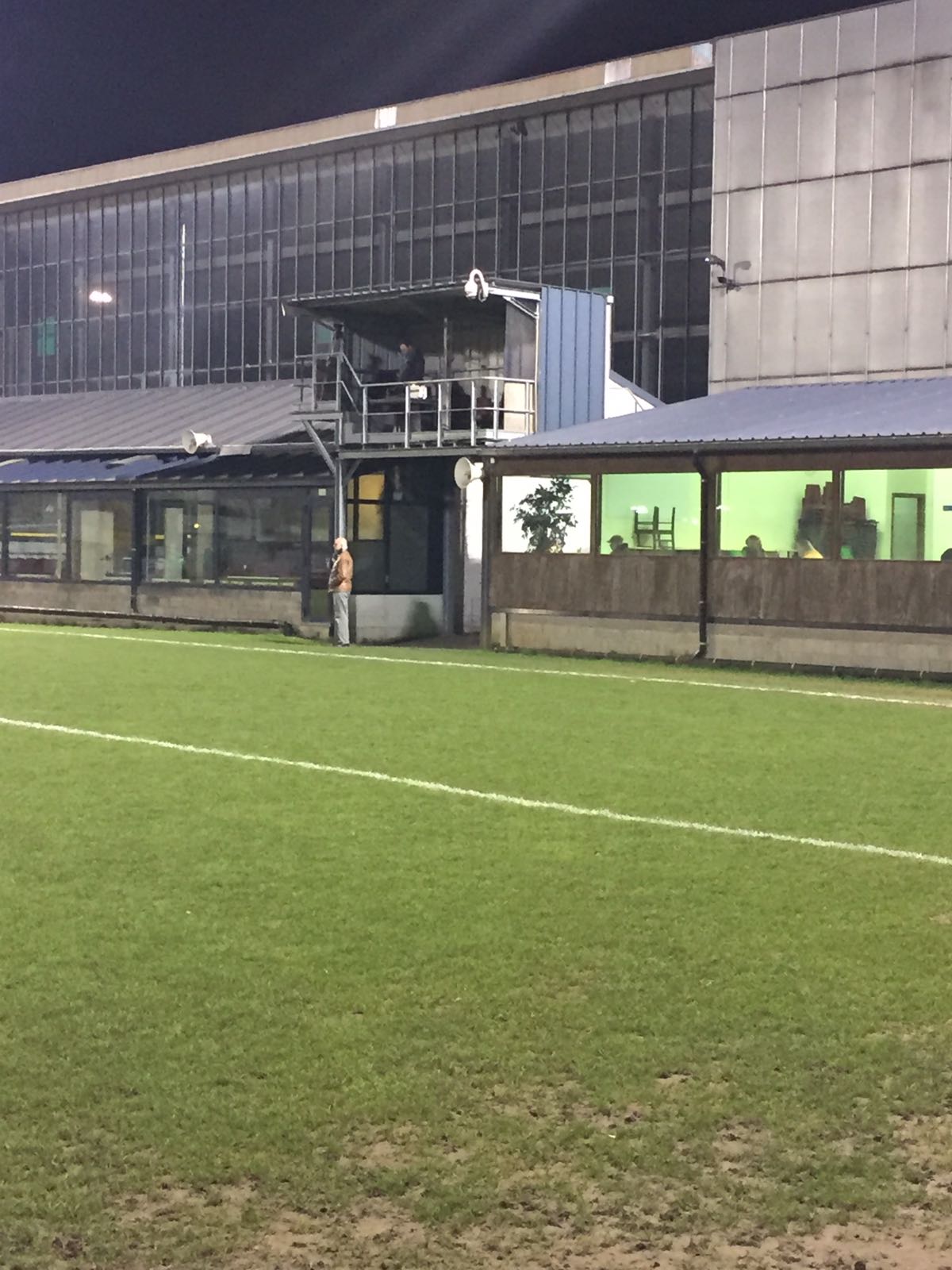 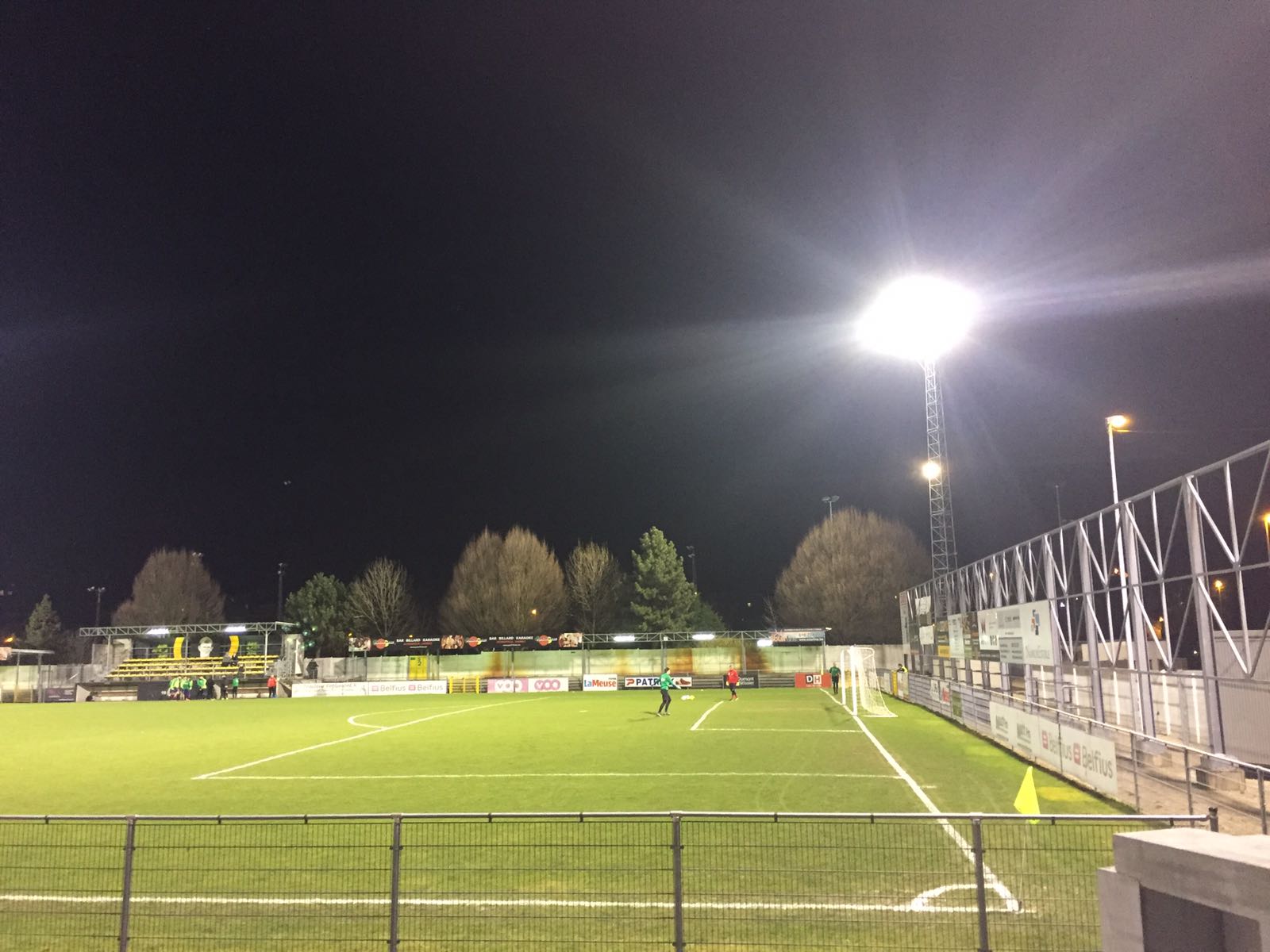 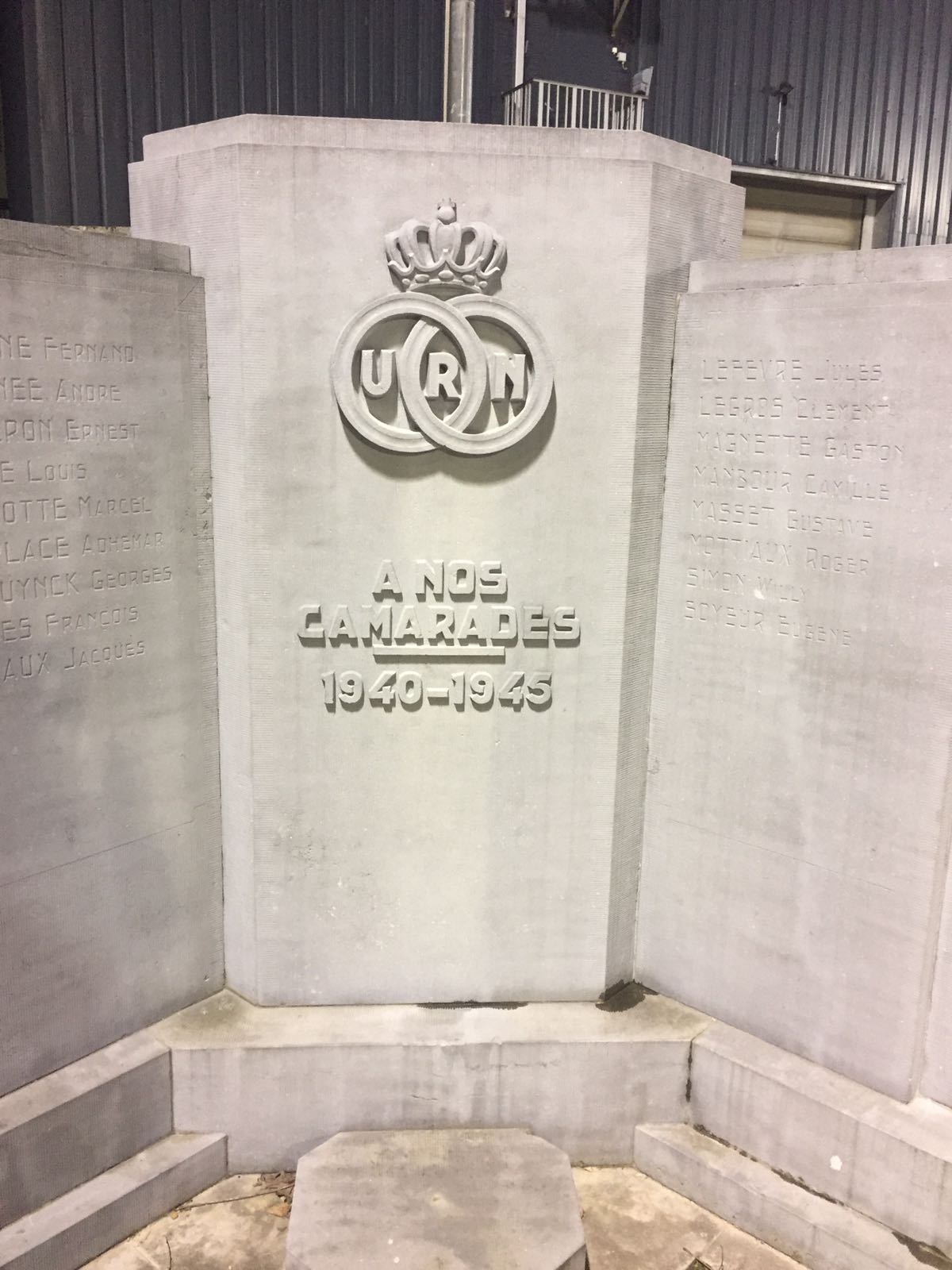 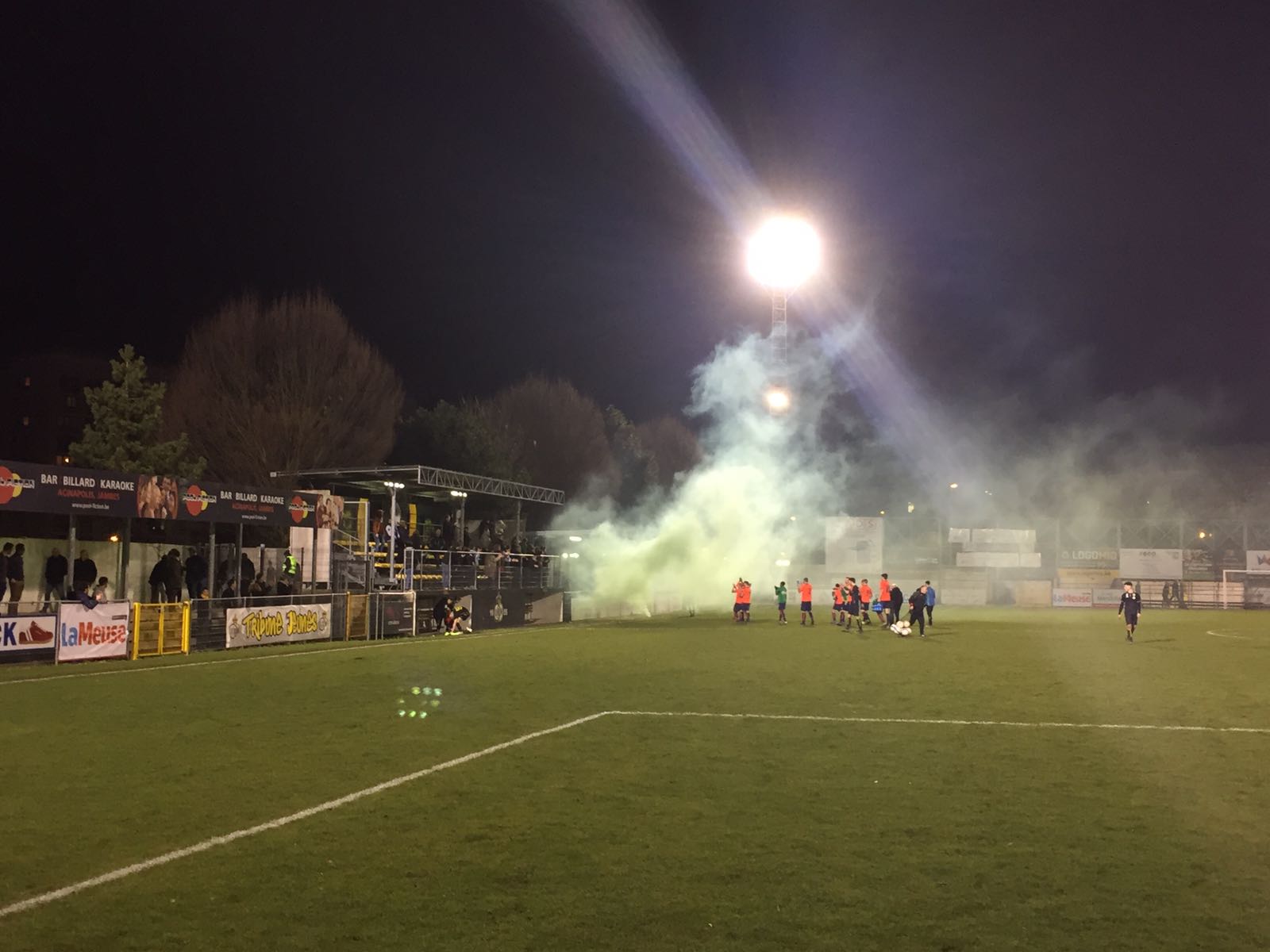