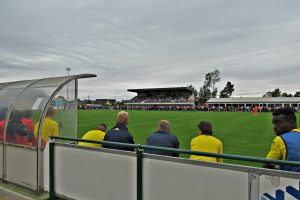 After visiting Club Brugge - AZ in Deinze, I walked to the ground of Sparta Petegem, which is just 2,5 kilometers away from the Burgemeester Van De Wielestadion. Almost 2.000 people showed up for the game between Zulte Waregem and Waasland Beveren, which made the ground look more cosy than it would be for a Sparta Petegem game.

With only 2 more weeks to the start of the competition, the game between both topflight teams was quite a hard one. Zulte Waregem got a few good chances in the first half but Waasland Beveren surprised me and looked very solid and also got a few good chances, scoring one straight before the break; 0-1.  The second half wasn't much better with both sides only getting a few small chances, resulting in a 0-1 win for Waasland Beveren.

As I said the game was played at Sparta Petegem - Complex Gaversesteenweg, which has a grandstand and covered terraces on the other side. 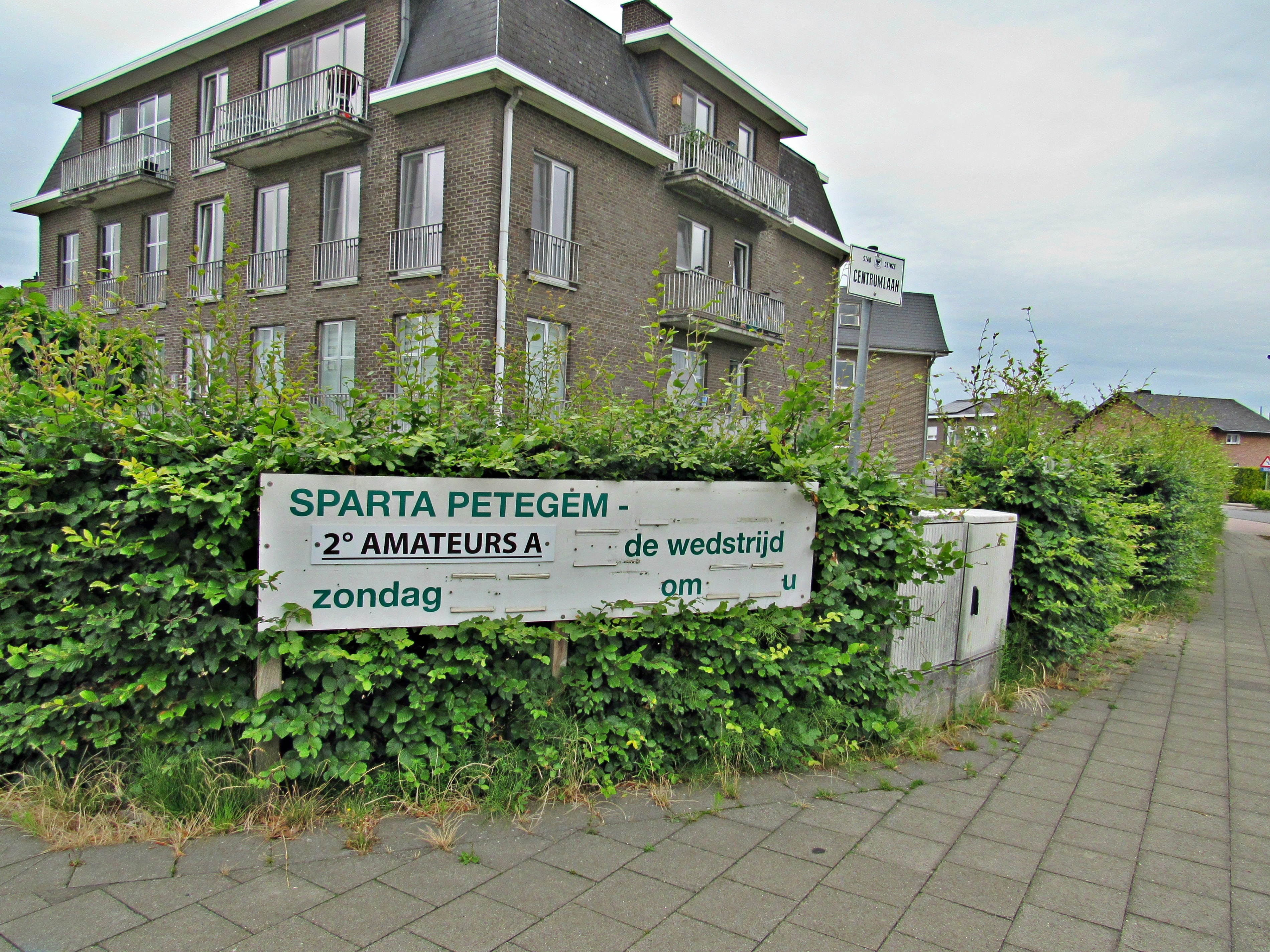 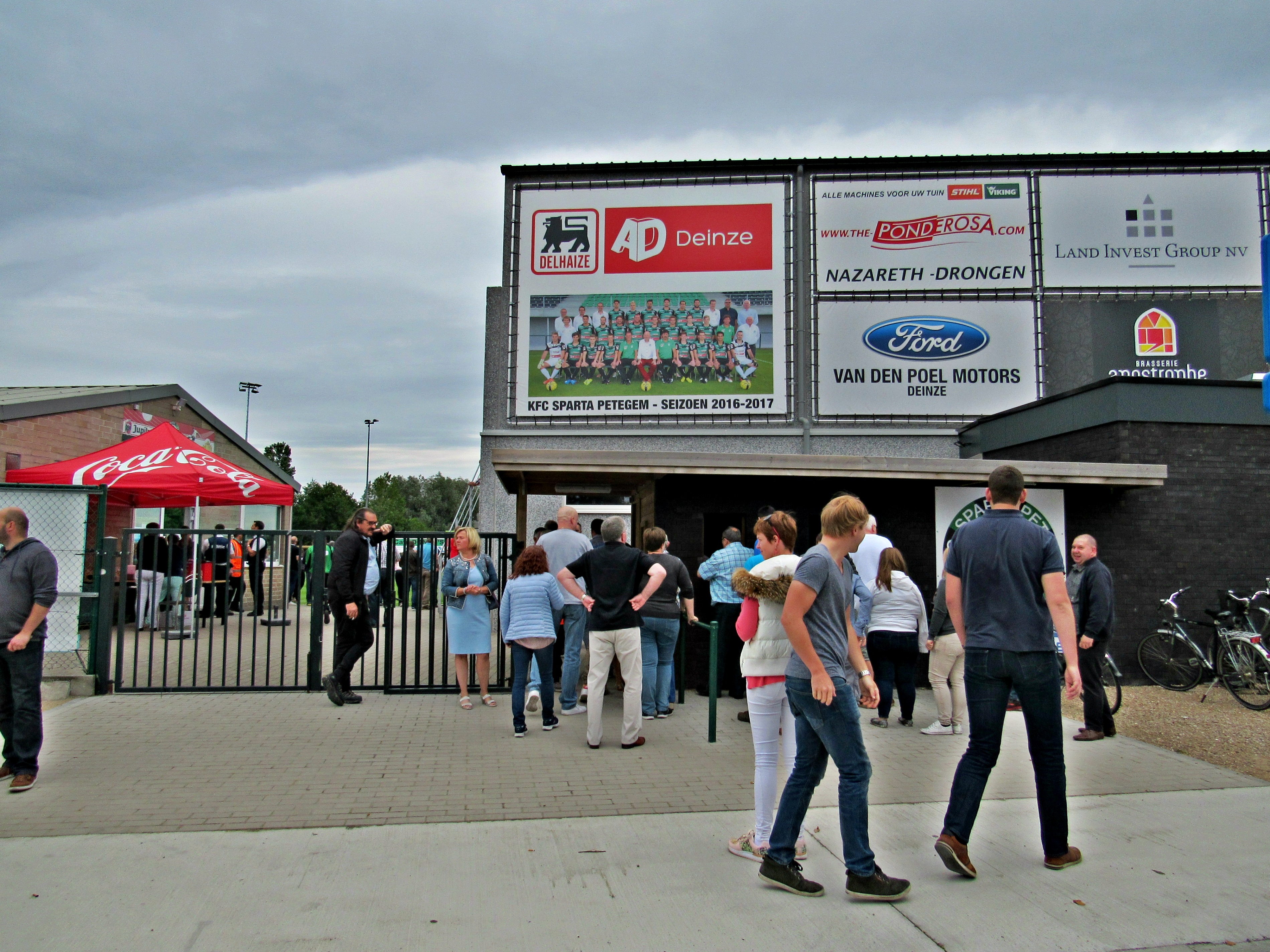 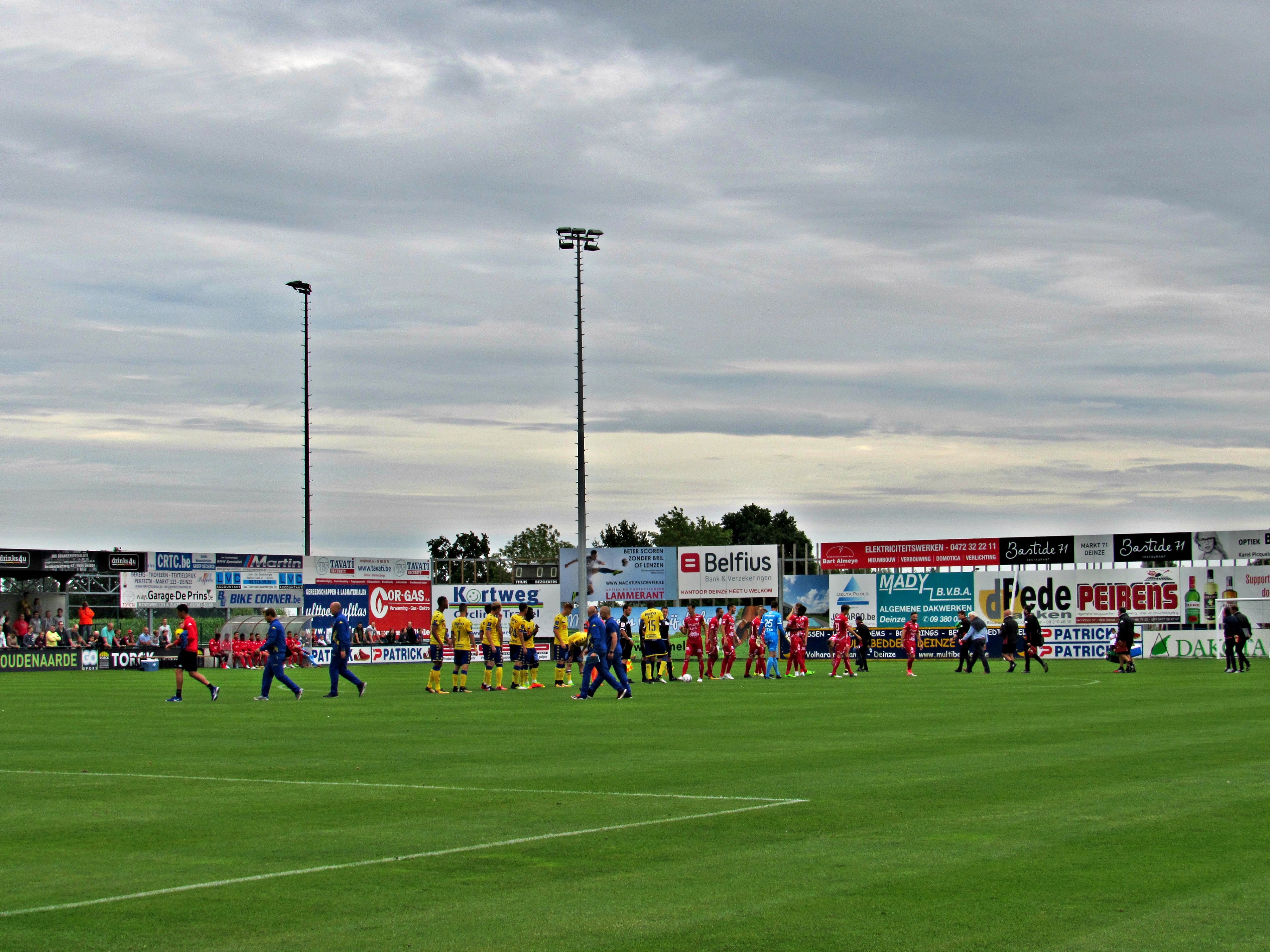 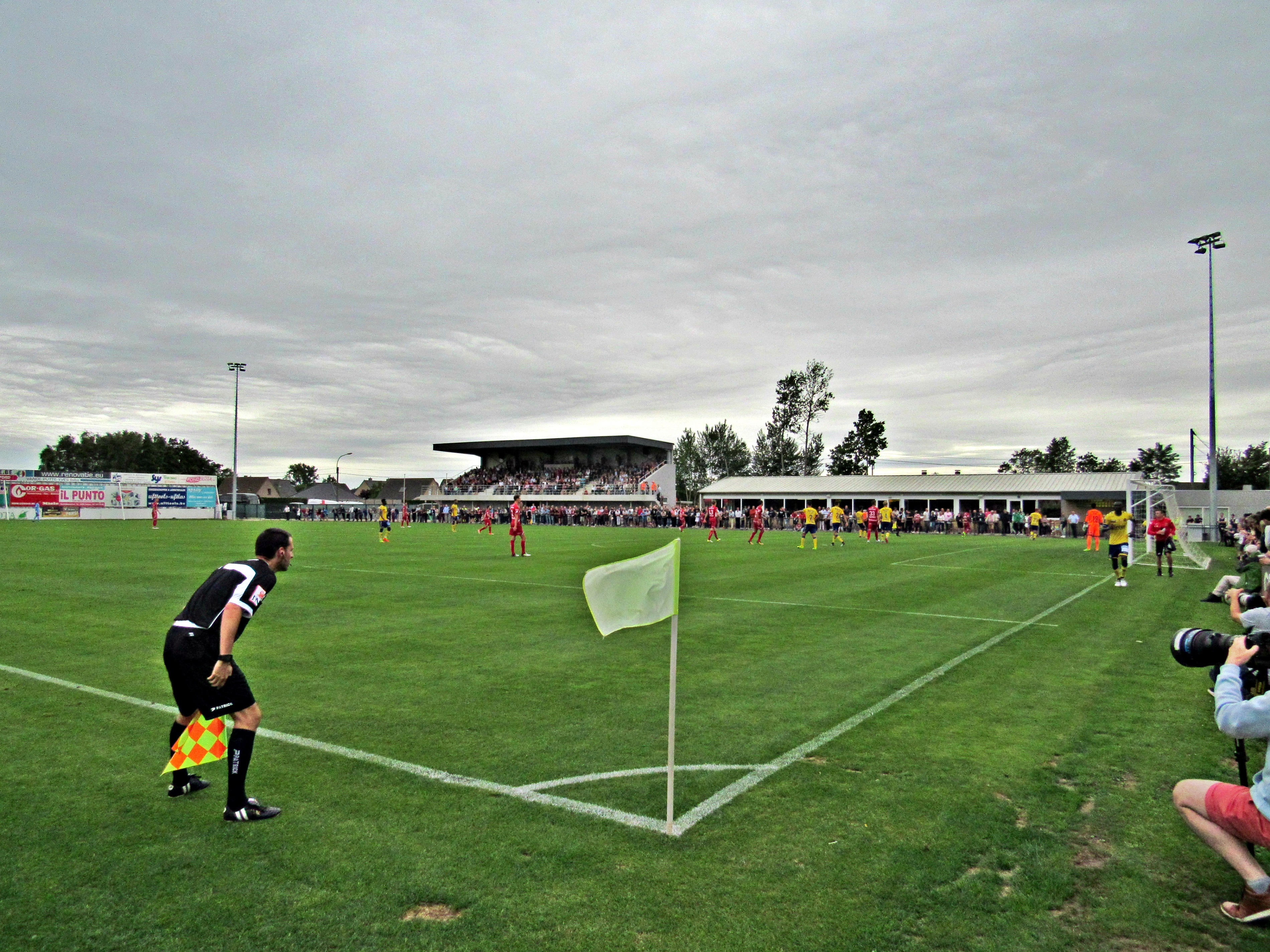 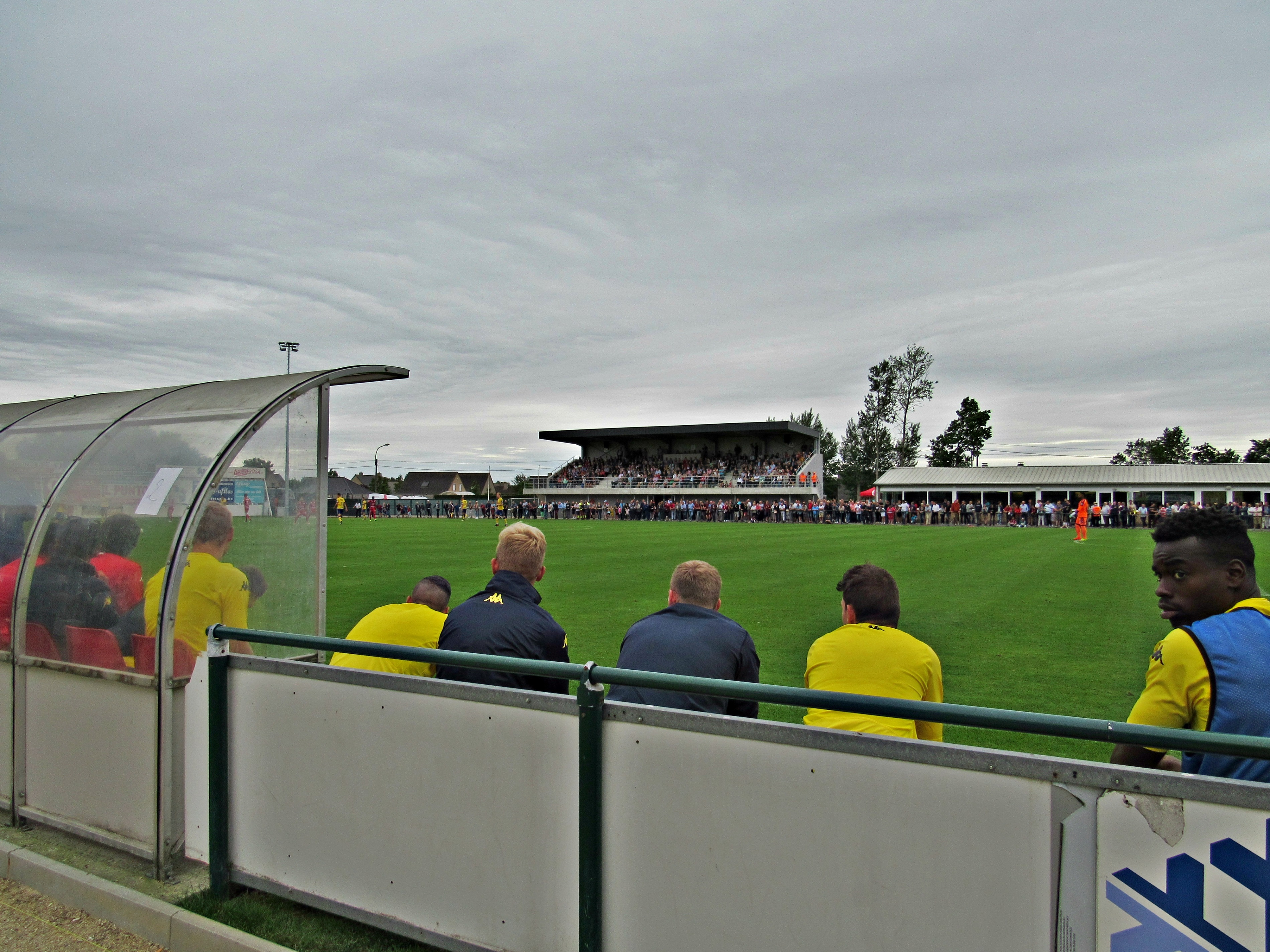 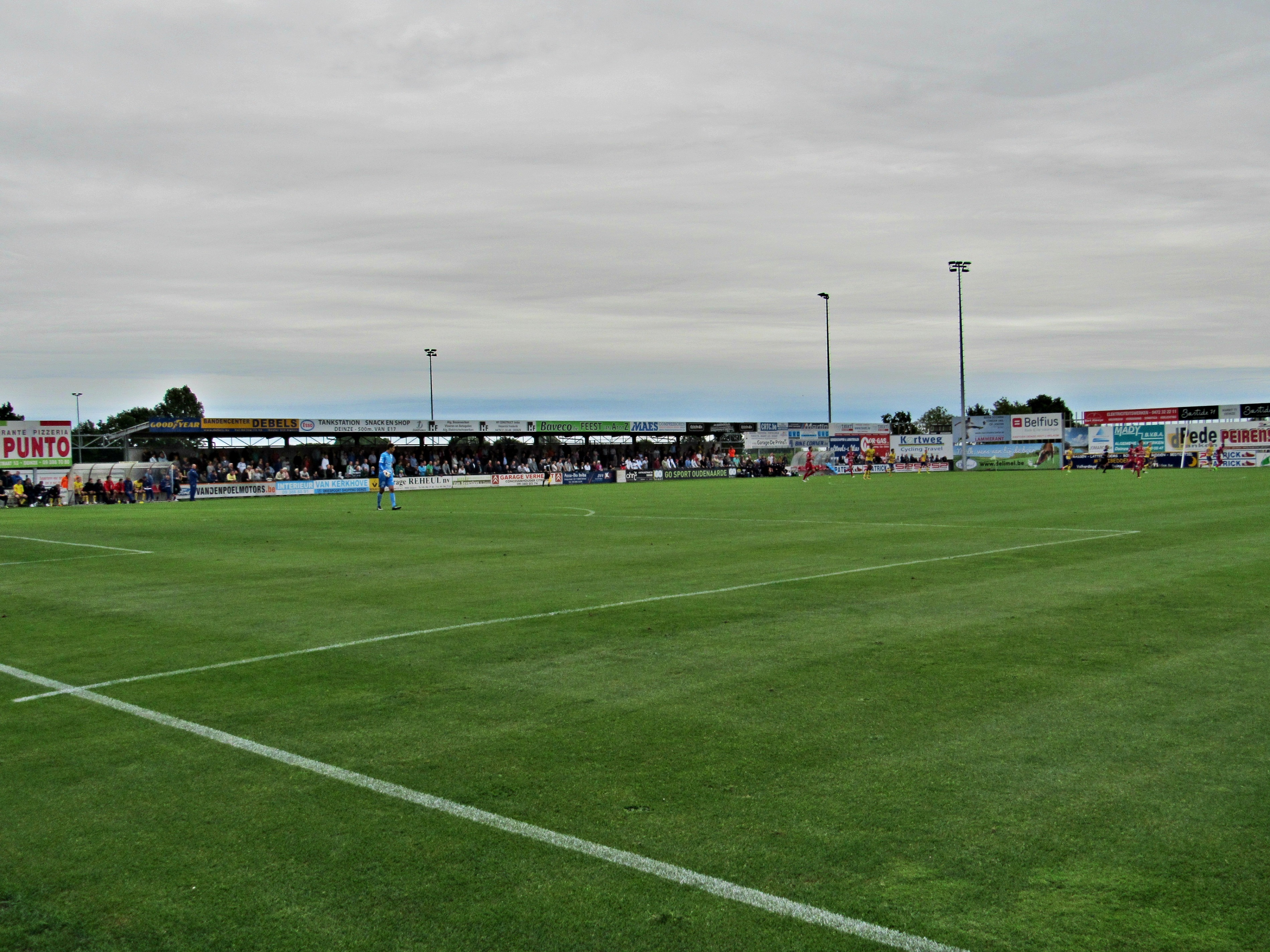