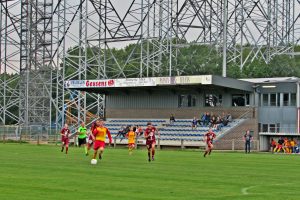 In todays game the home team opened the score after just 15 minutes and doubled their lead with 37 minutes on the clock; 2-0 at the break. After the break the visitors got back in the game after they got a penalty; 2-1. With only 20 more minutes to go it started to rain (goals) as Peer made it 3-1 and Verbroedering Lommel instantly made it 3-2. Five minutes later Peer was having another double lead (4-2) but Verbroedering Lommel made it 4-3 just 1 minute later. After 10 more more exciting minutes the game ended at 4-3.

Great ground in Peer especially because of the ski run in the background but they also have a good stand and terrace. 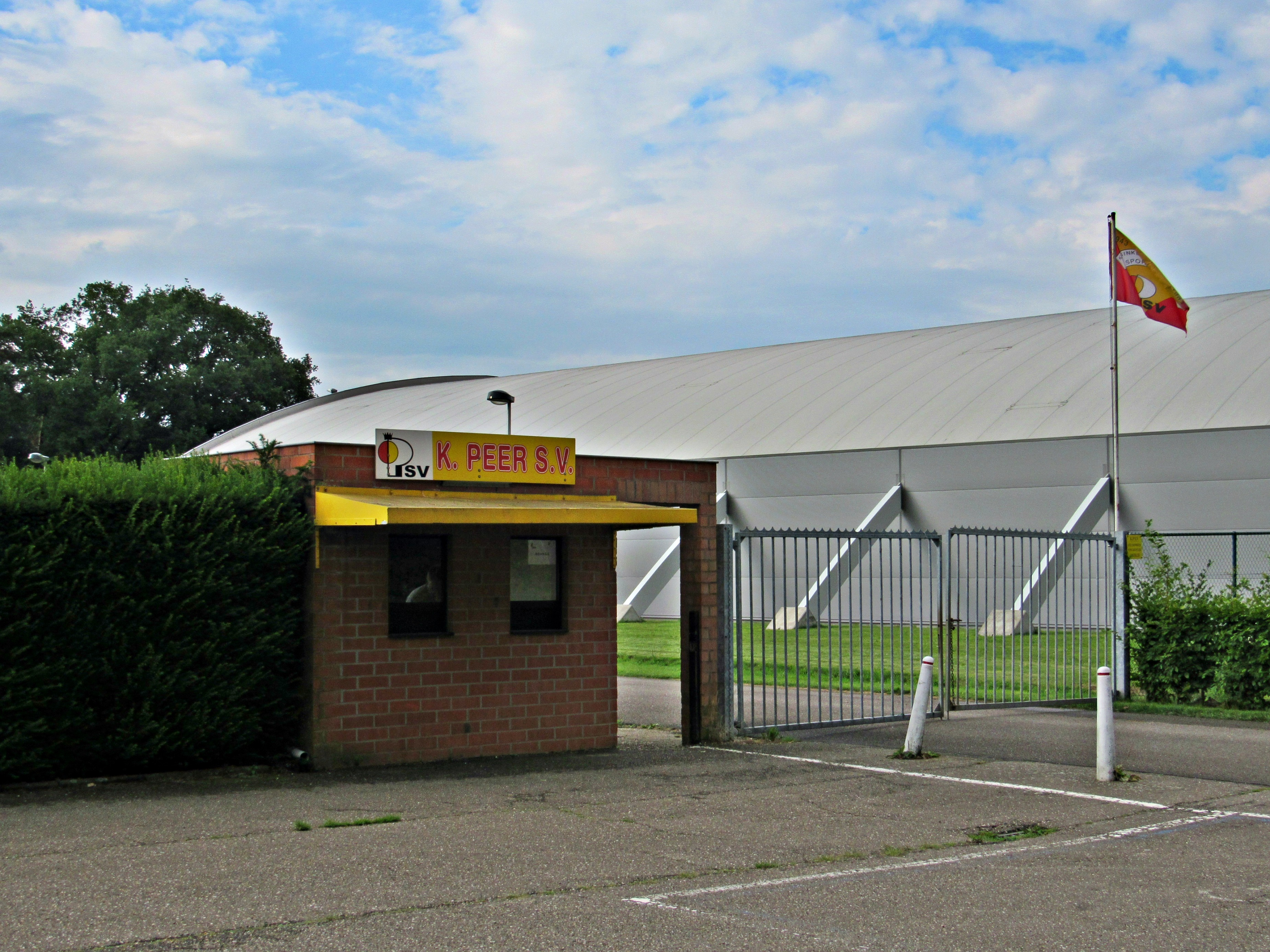 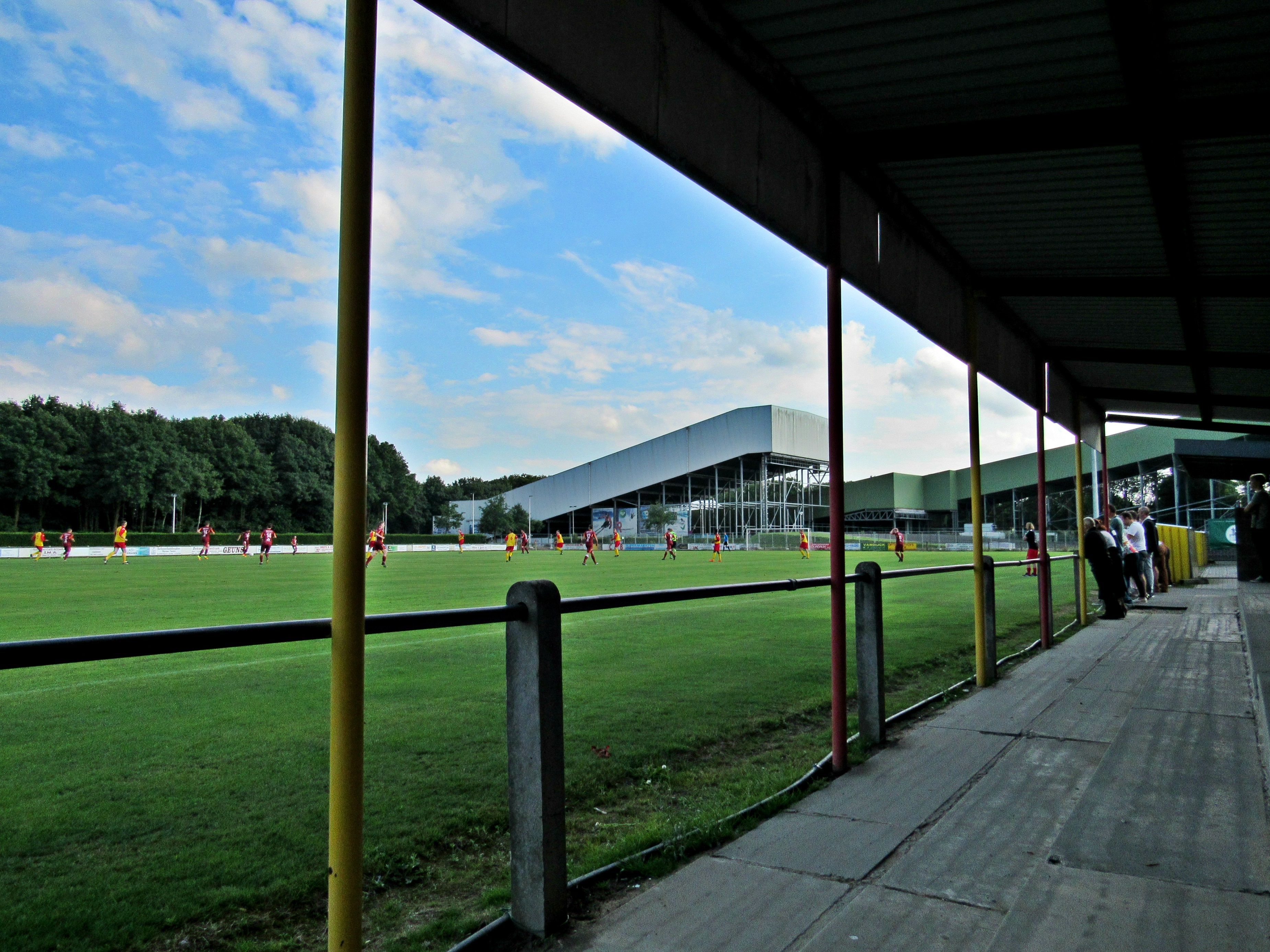 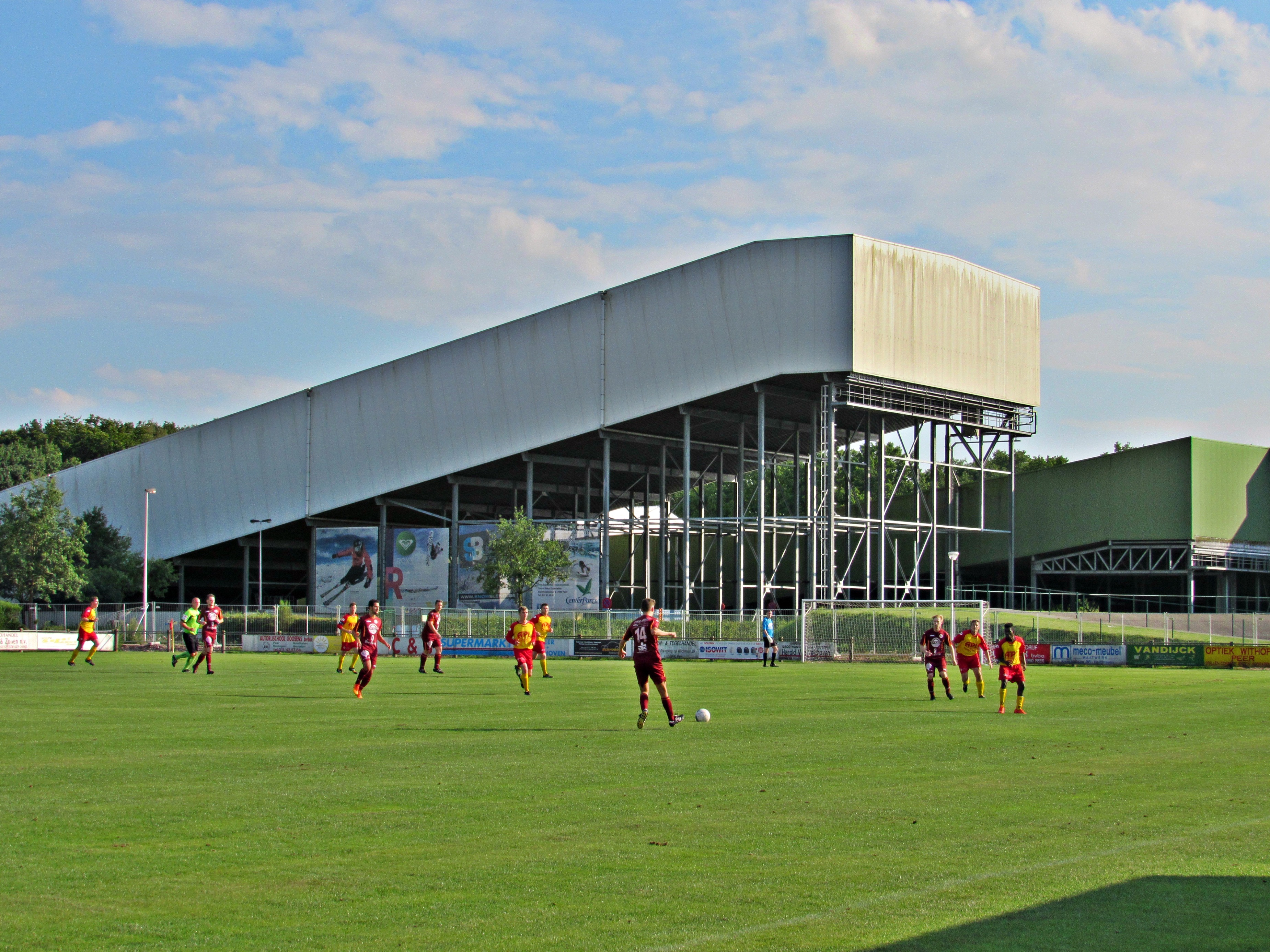 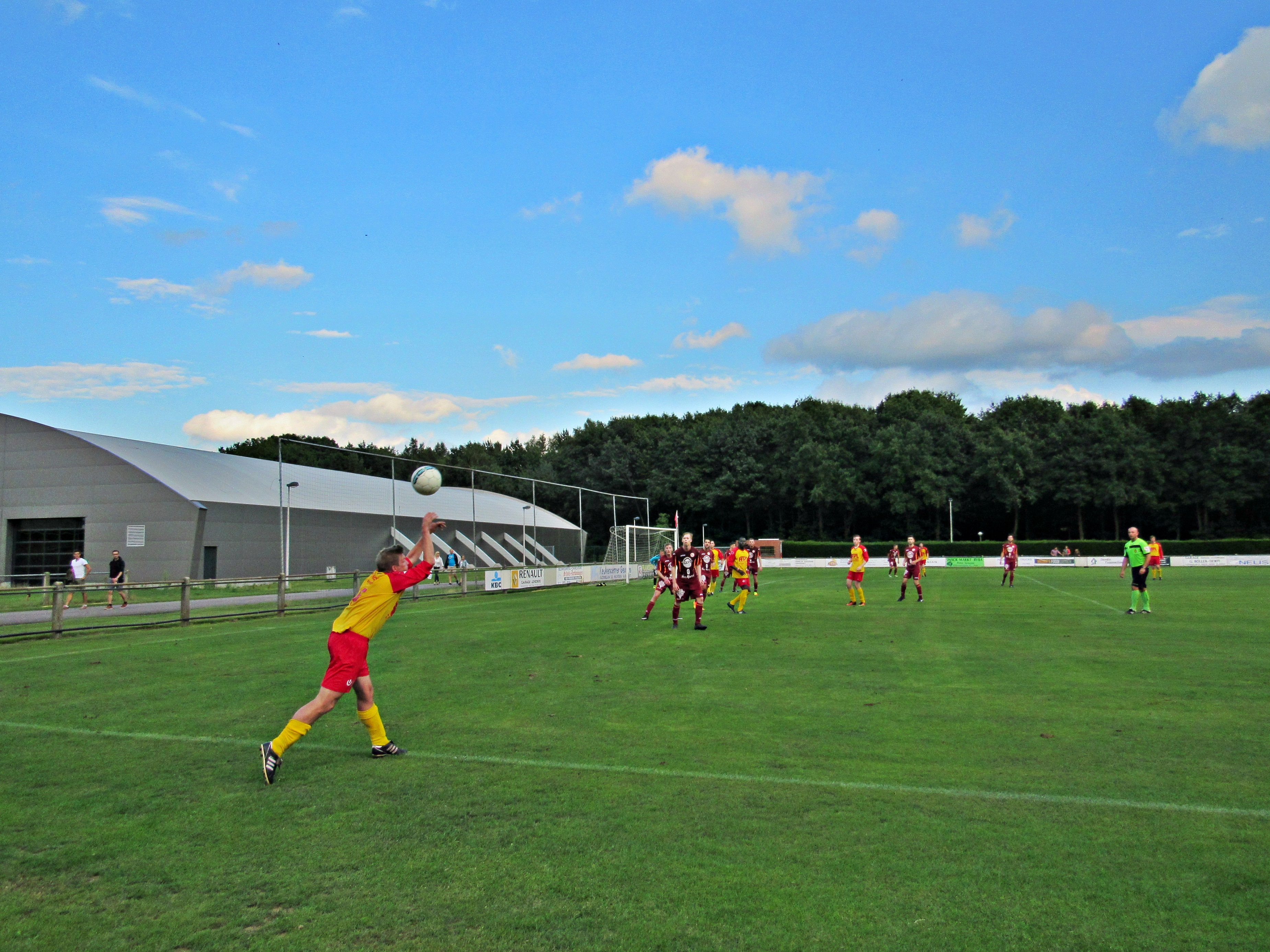 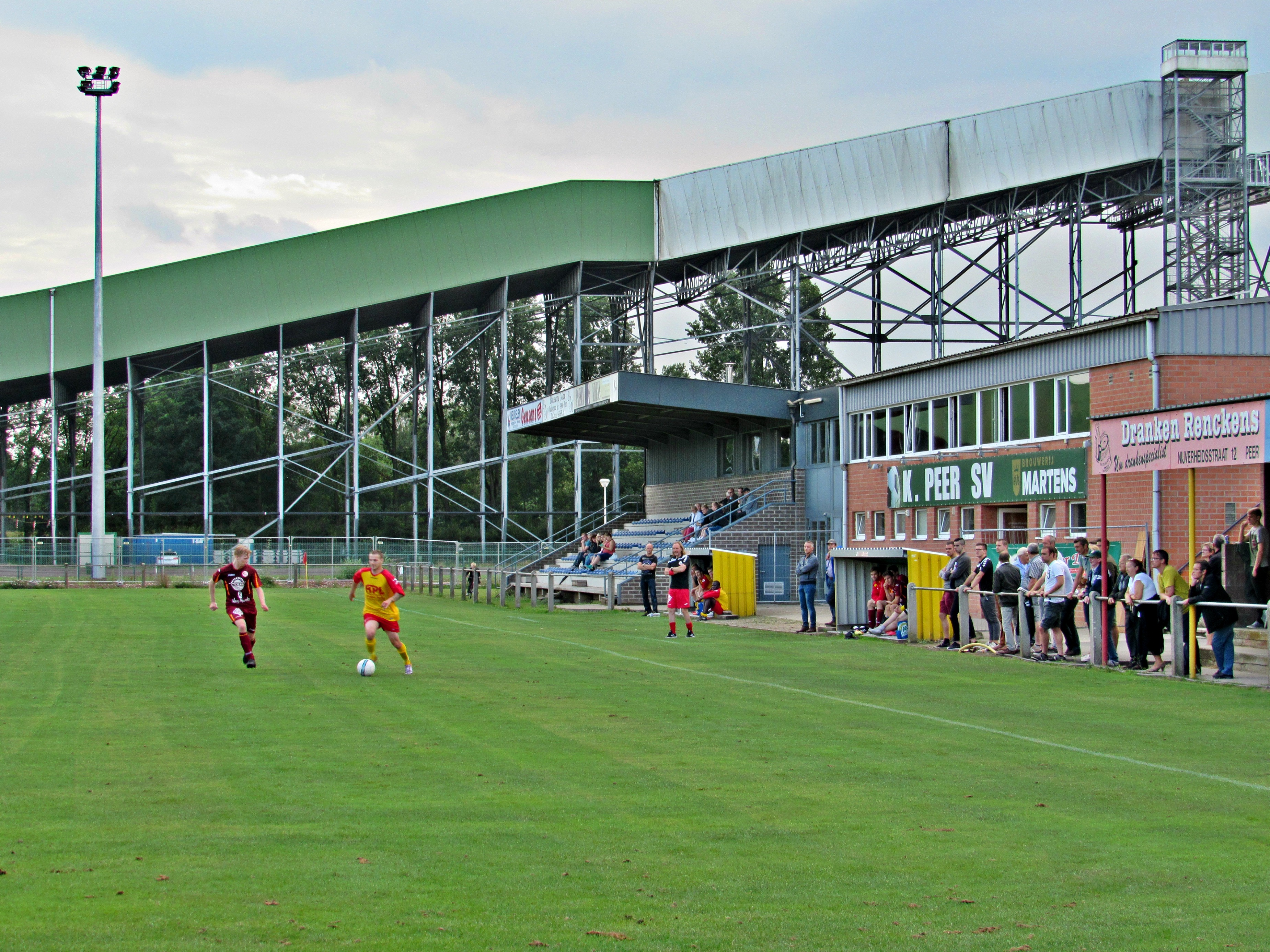 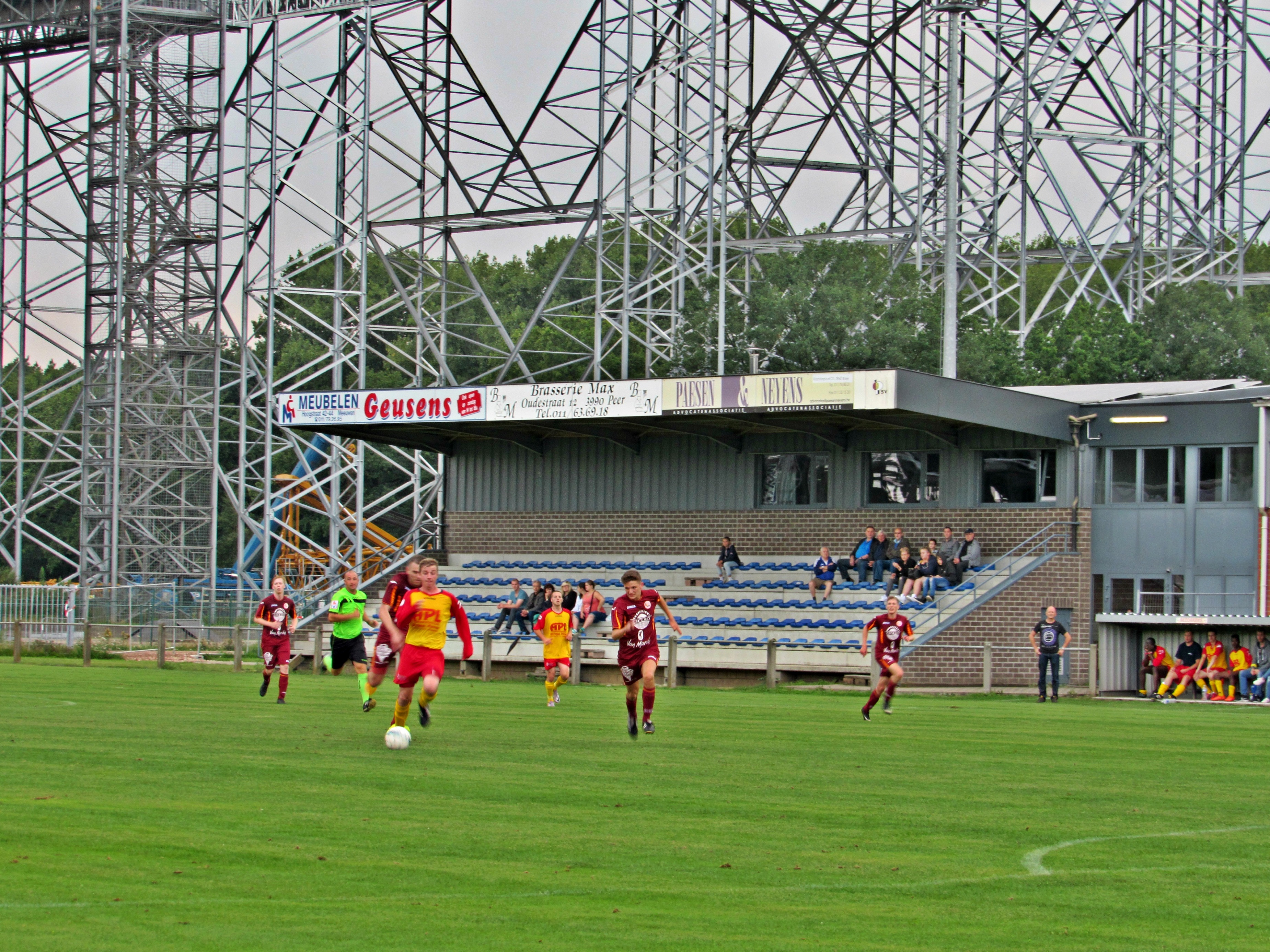 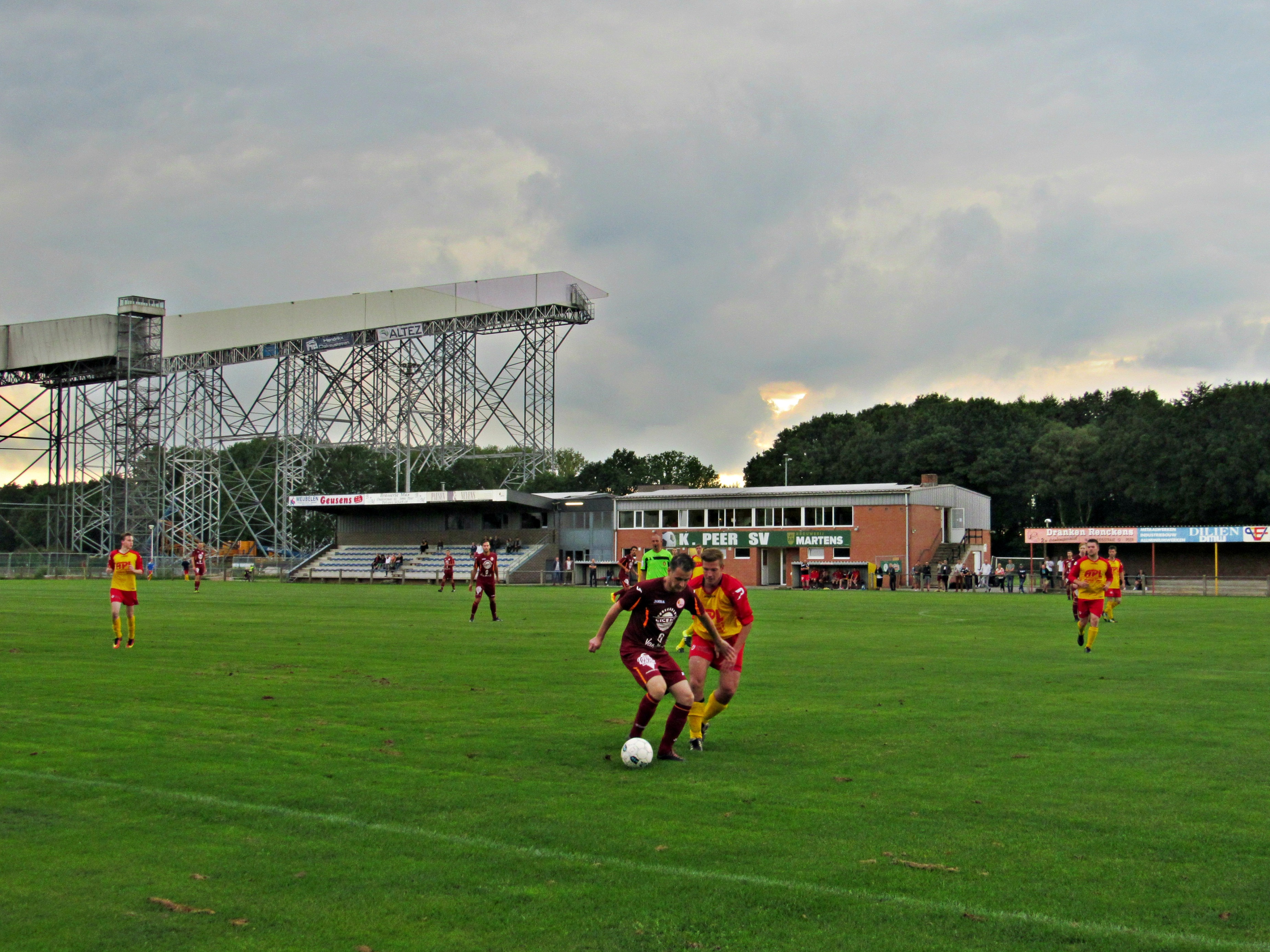 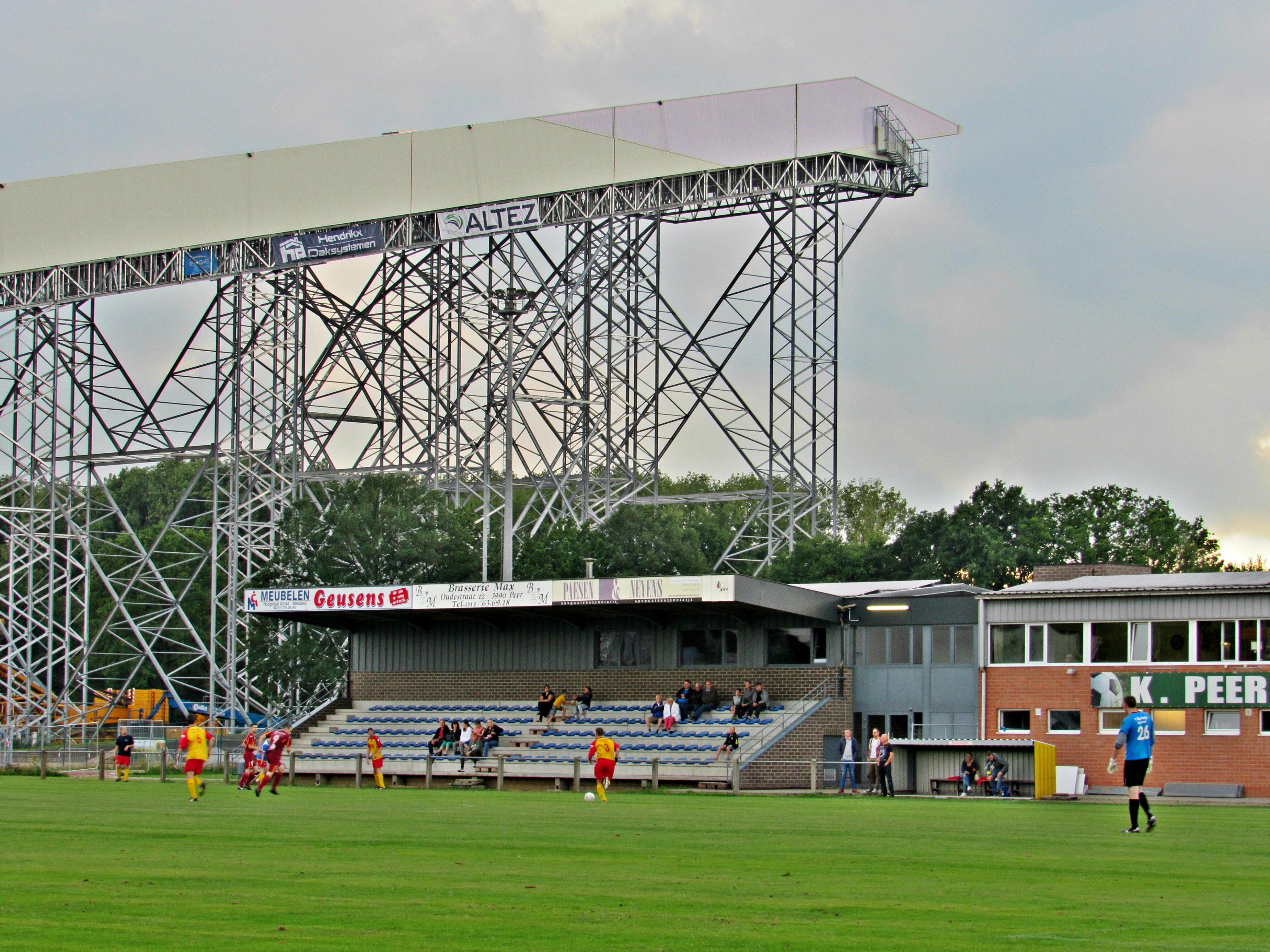 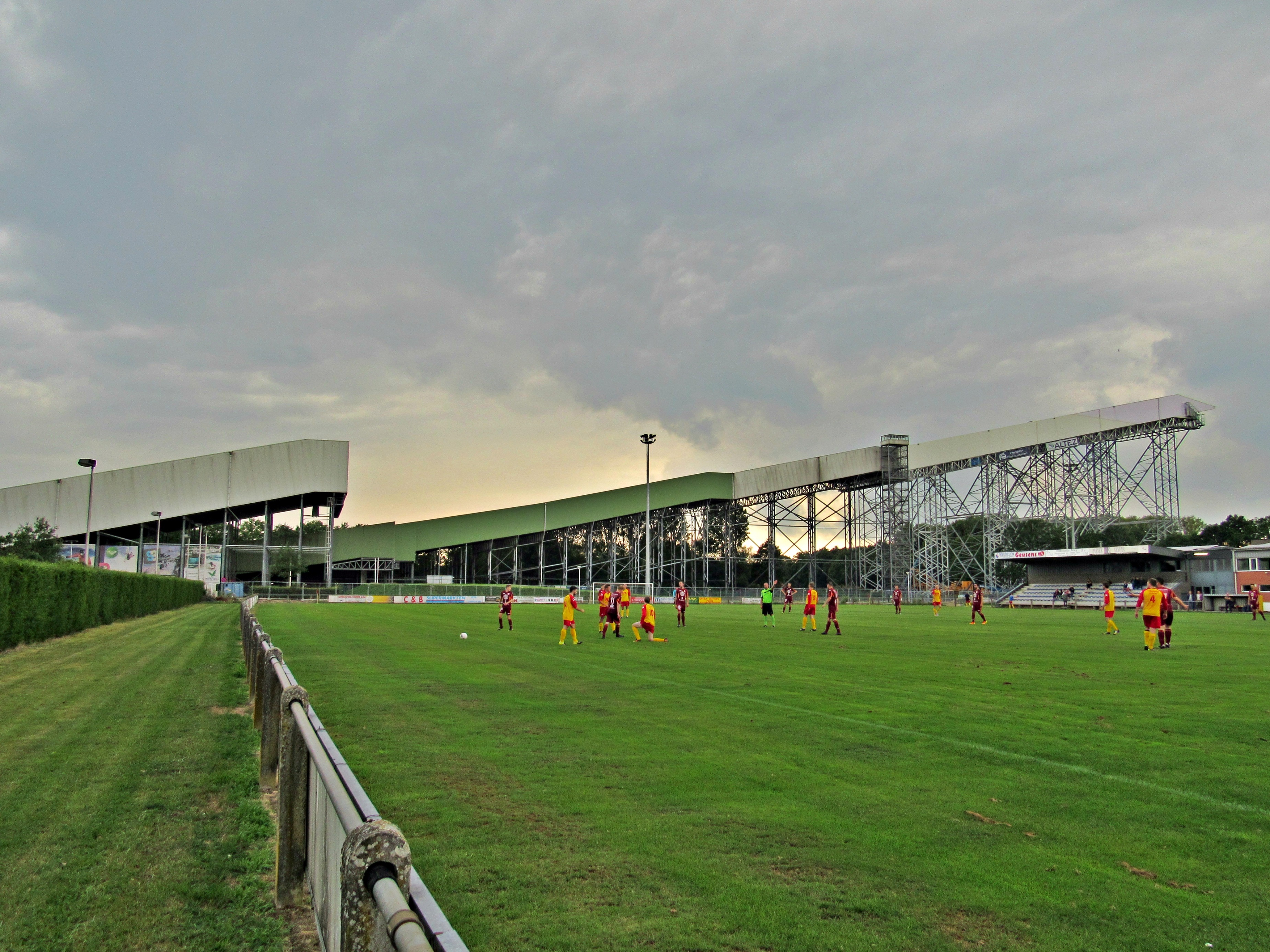