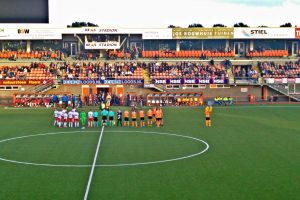 The typical Friday evening Jupiler League games took me to FC Volendam this week. In 1977 RKSV Volendam split up in RKSV (non-pro) en FC Volendam (pro), this situation is still actual today. Since the professional club was found (1977), they managed to play 17 seasons in the Eredivisie and they also lost 1 KNVB Cup in 1995 against Feyenoord. If we include the part before they split, a total of 25 seasons were played in the Eredivisie and 2 cupfinals have been lost.

FC Volendam hosts their games in the Kras Stadion, with a 7.384-seat capacity built in 1975. The ground has been renovated multiple times and has artificial grass since the 2006/07 season. In my opinion they should renovated almost the entire stadium and sack every architect building stands on poles or at least give them a free season ticket right behind one of them..

"De Palingboeren" started very well in today's game and were 2-0 up after only 20 minutes. Both teams got a few more good chances and easily could have score more but it remained 2-0 until the break. After the break Volendam took no longer the initiative and just kept waiting for Helmond. This resulted in a goal after 65 minutes; 2-1. The visitors even restored parity with only 3 more minutes to go, which Volendam only has to blame themselves for; 2-2. 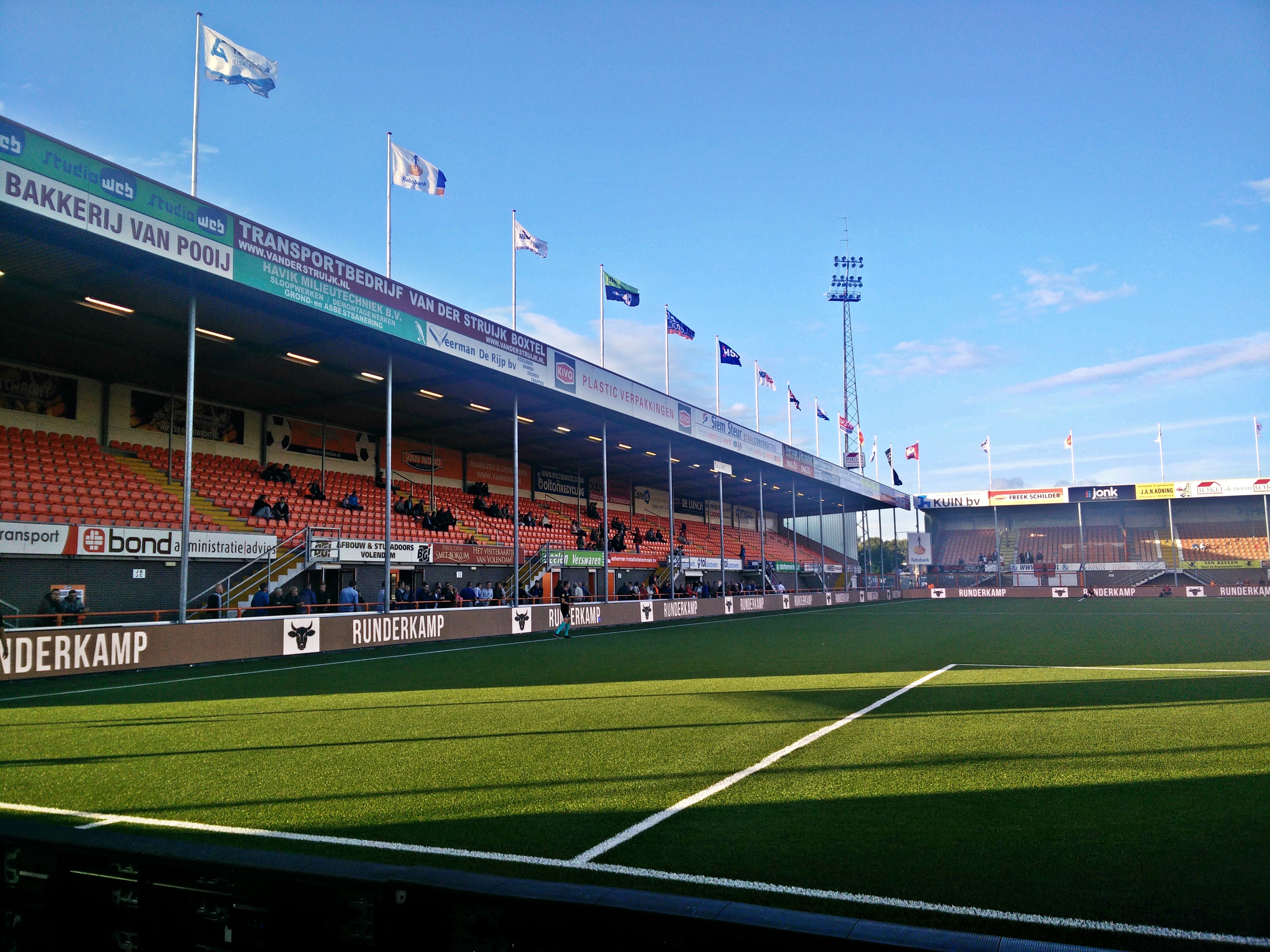 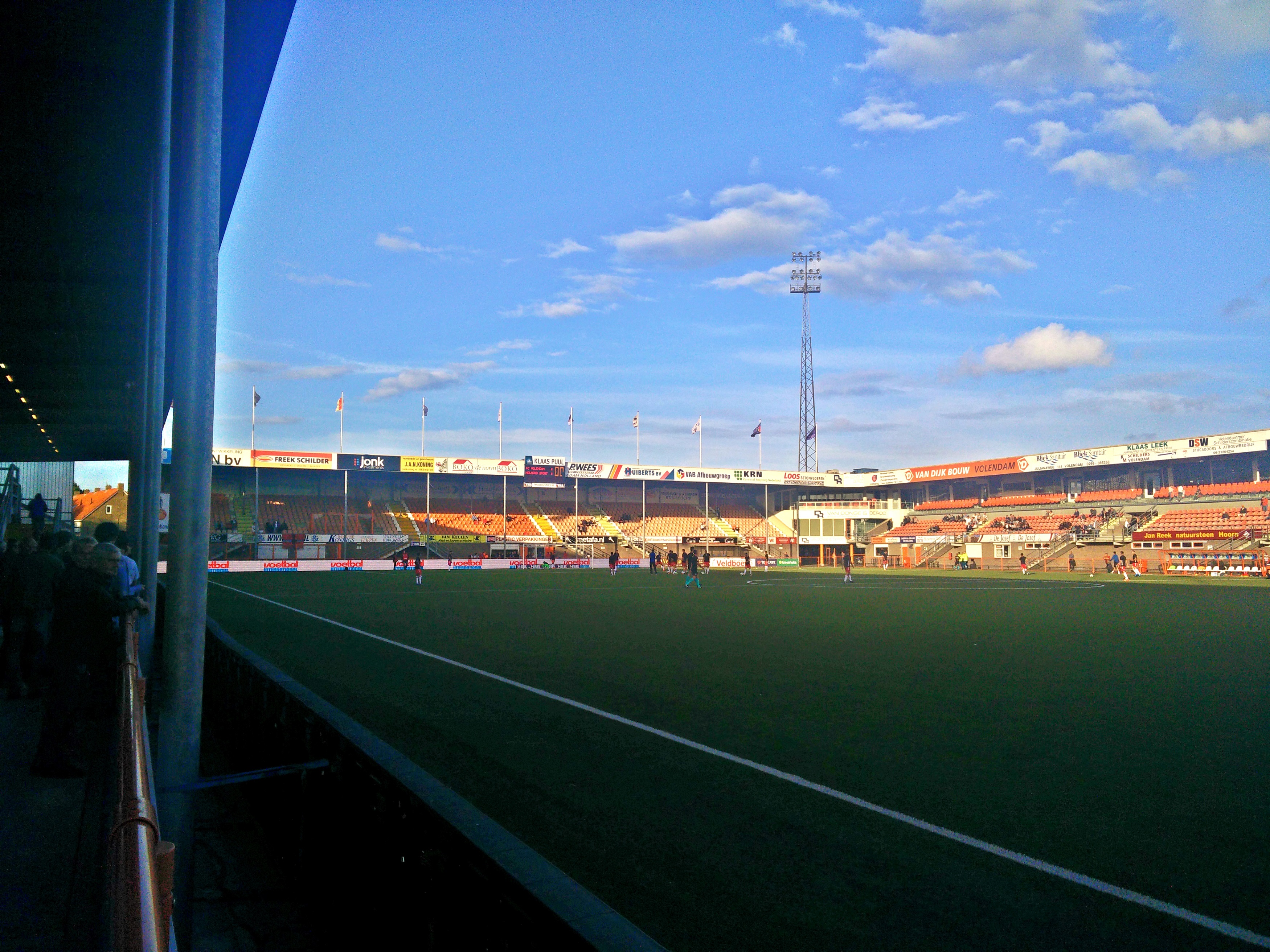 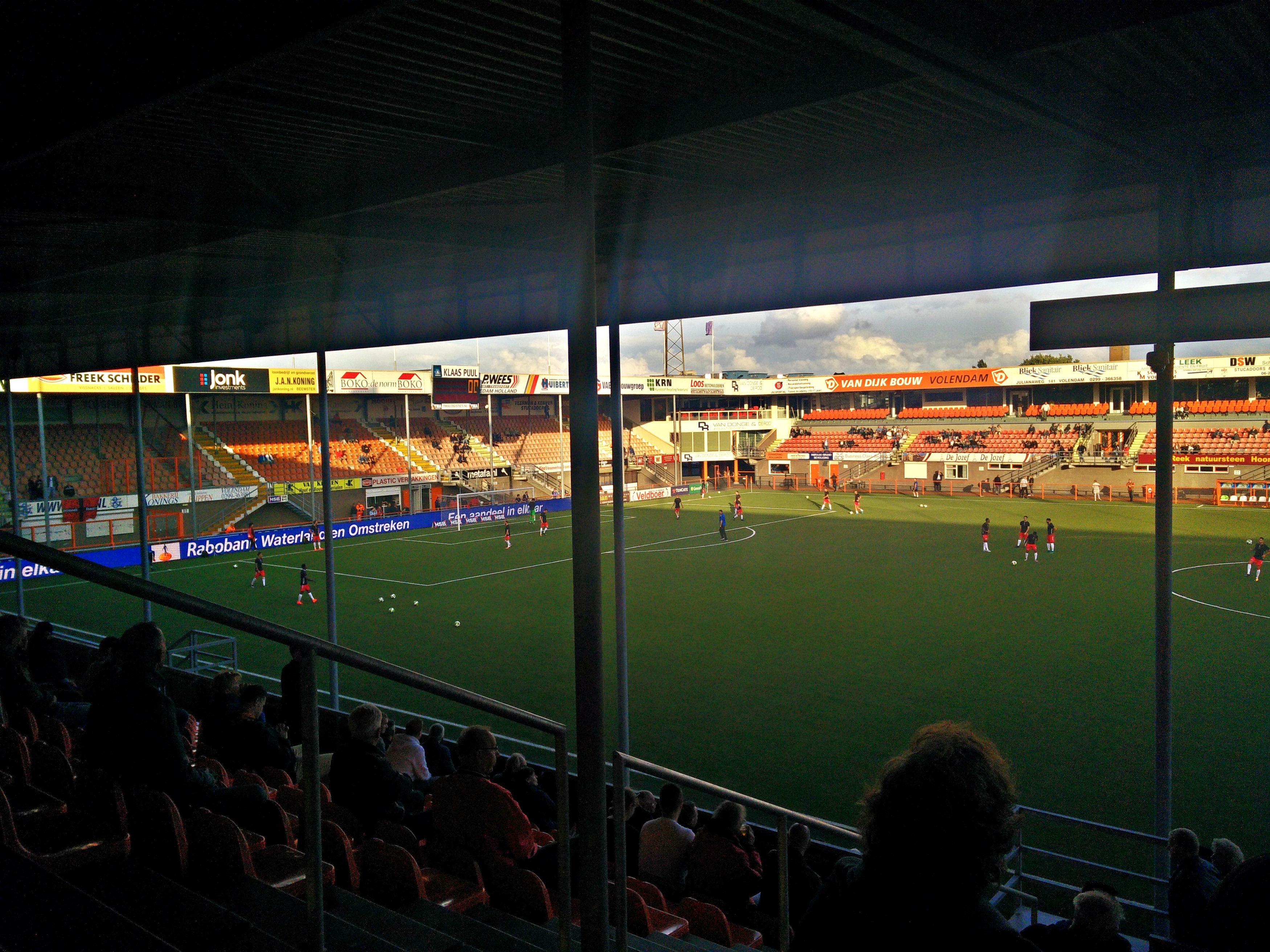 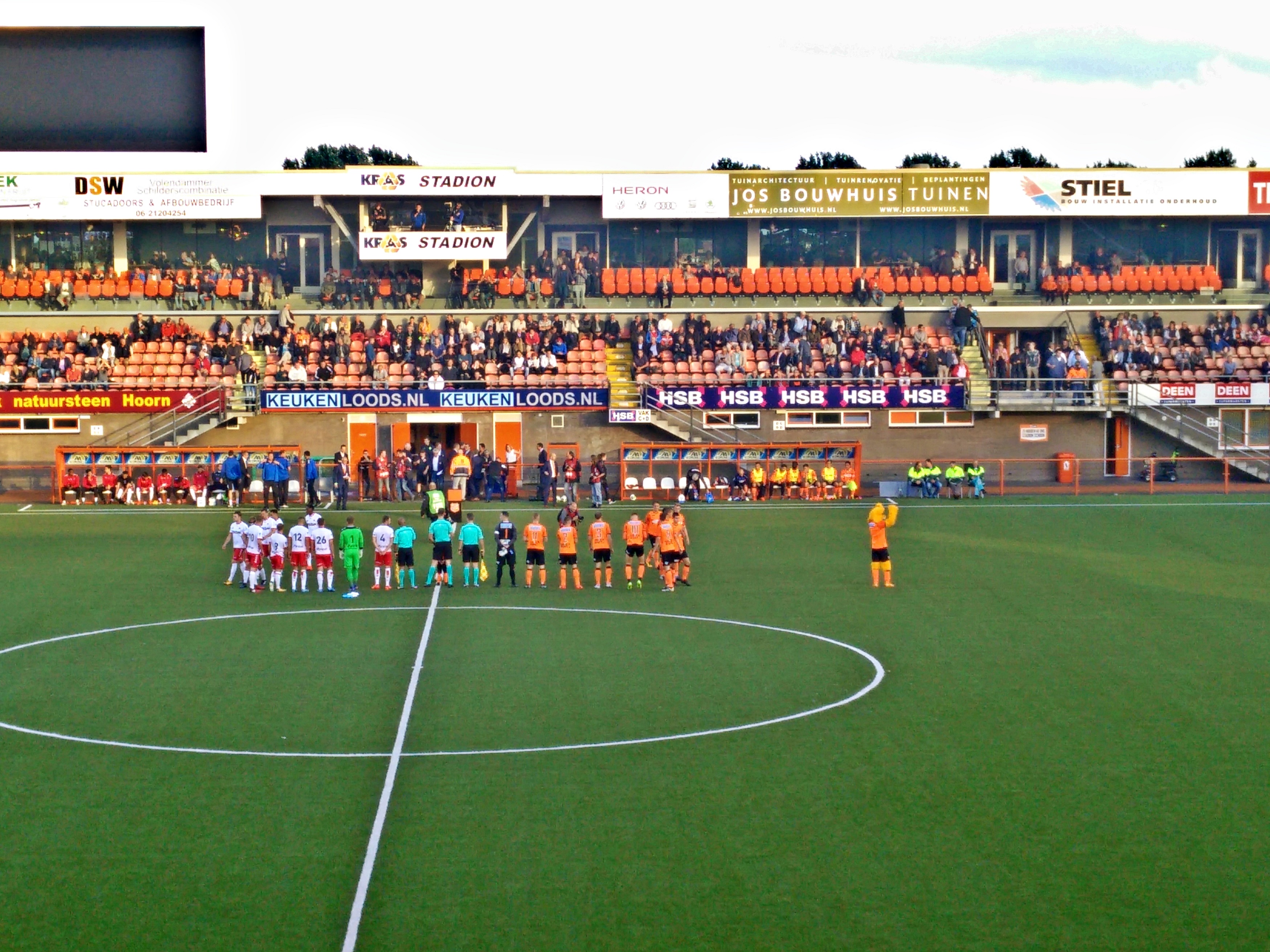 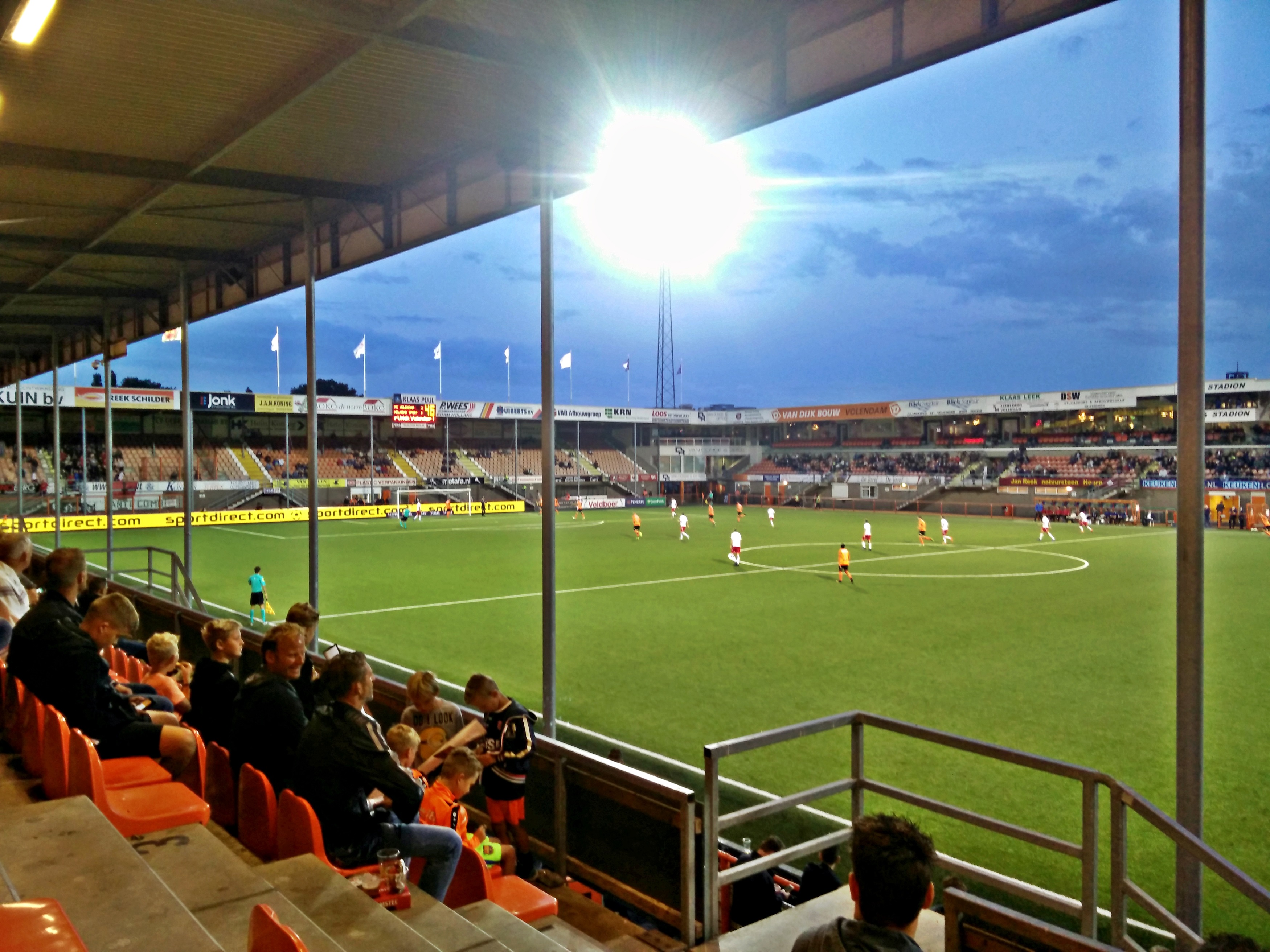 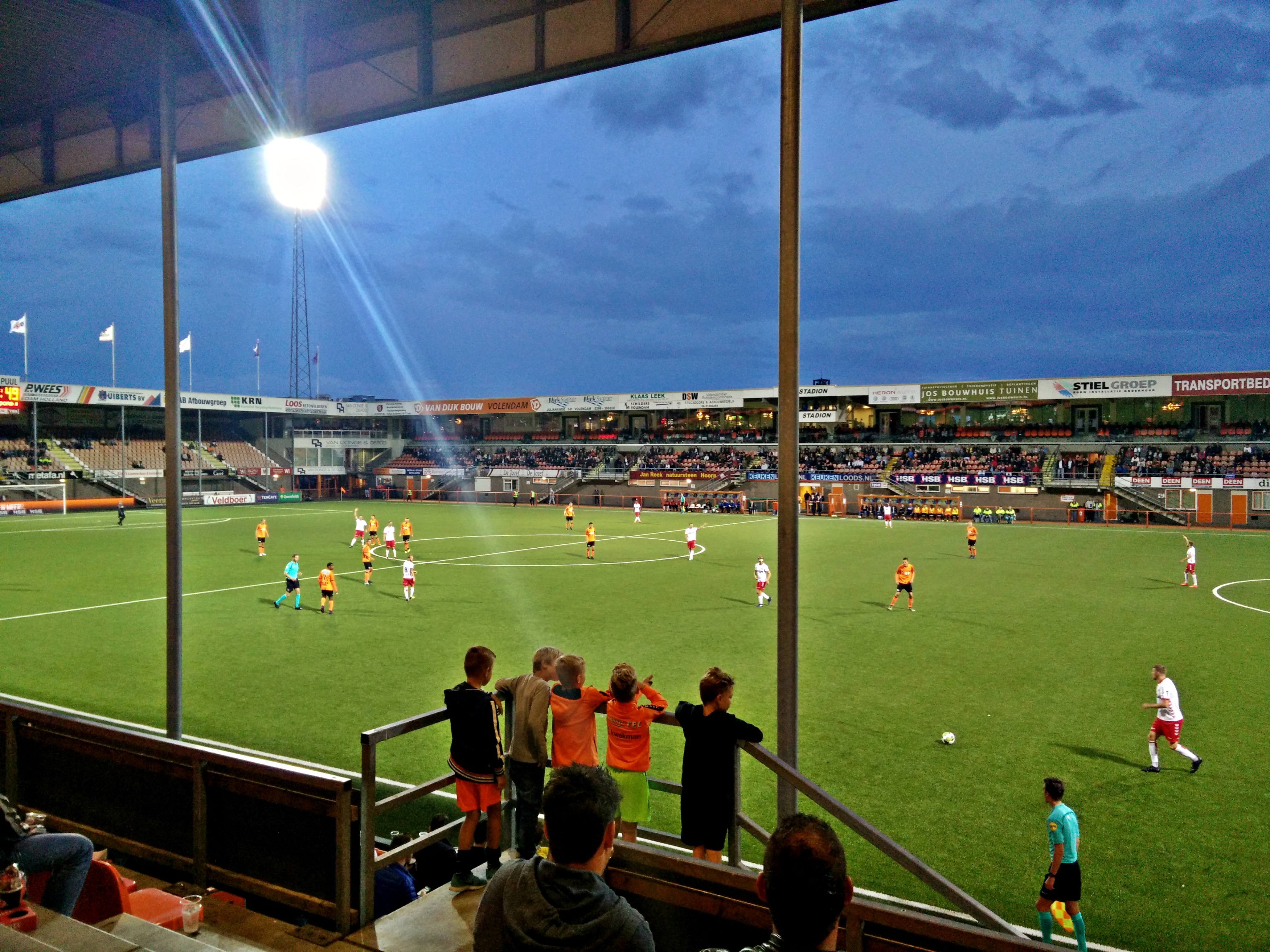 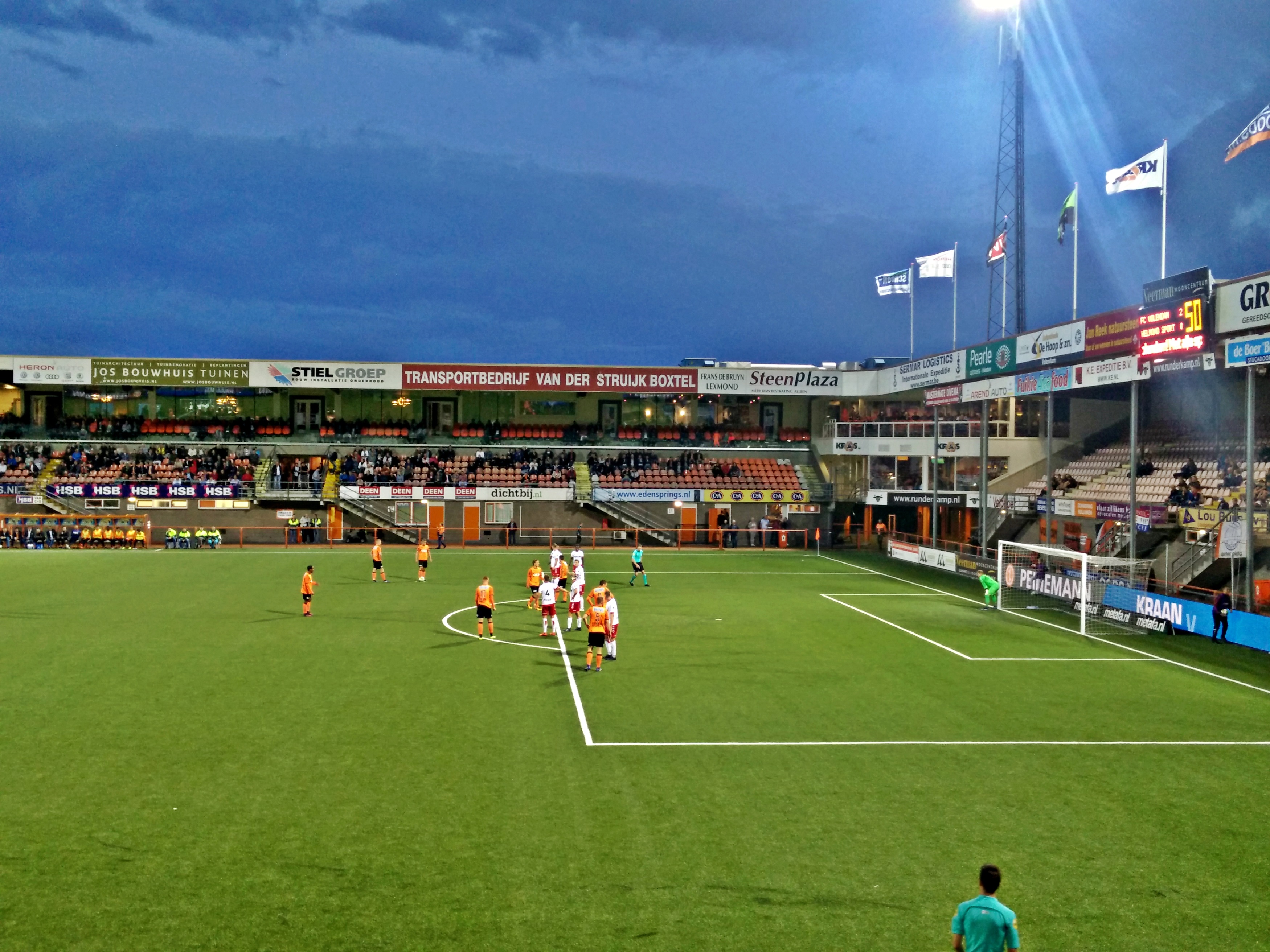