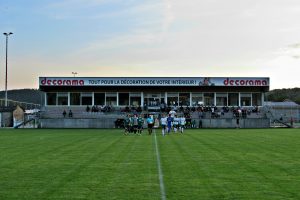 RFC Malmundaria opened the Ergo League C (2nd provincial Liege - 7th division) today against RAF Franchimontois. The home team was founded in 1904 as FC Malmundaria in Malmedy. The name might sound strange but in 1904, the actual Malmedy was still a part of German Empire and known as Malmünd (= RFC Malmundaria).

In today's game both clubs kept it closed until the home team managed to make it 1-0 after 35 minutes. Short after the break the visitors equalised. The game seemed to end at 1-1 until Franchimontois got reduced to 10 man. Against all odds they still even managed to get in front with 15 minutes to go; 1-2. Malmundaria did everything to get the equaliser and also managed to get it with 5 more minutes on the clock; 2-2. In the added time the visitors still got the best chance to take the 3 points back home but the goalkeeper kept it beautifully out.

The Stade Jacques Lechat is a beautiful ground with a rather new stand. The terraces and the ground being in a valley make it absolutely worth visiting. 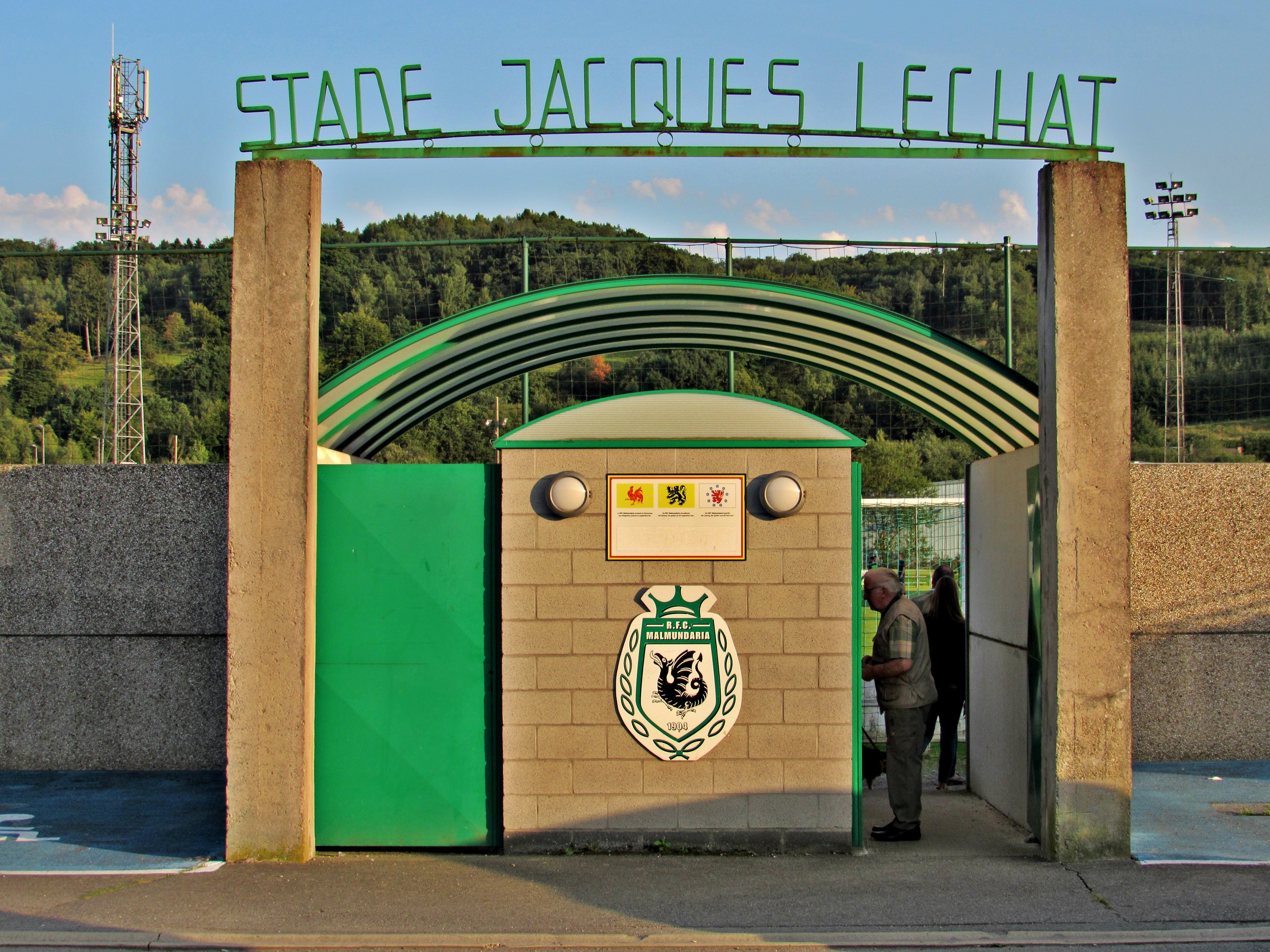 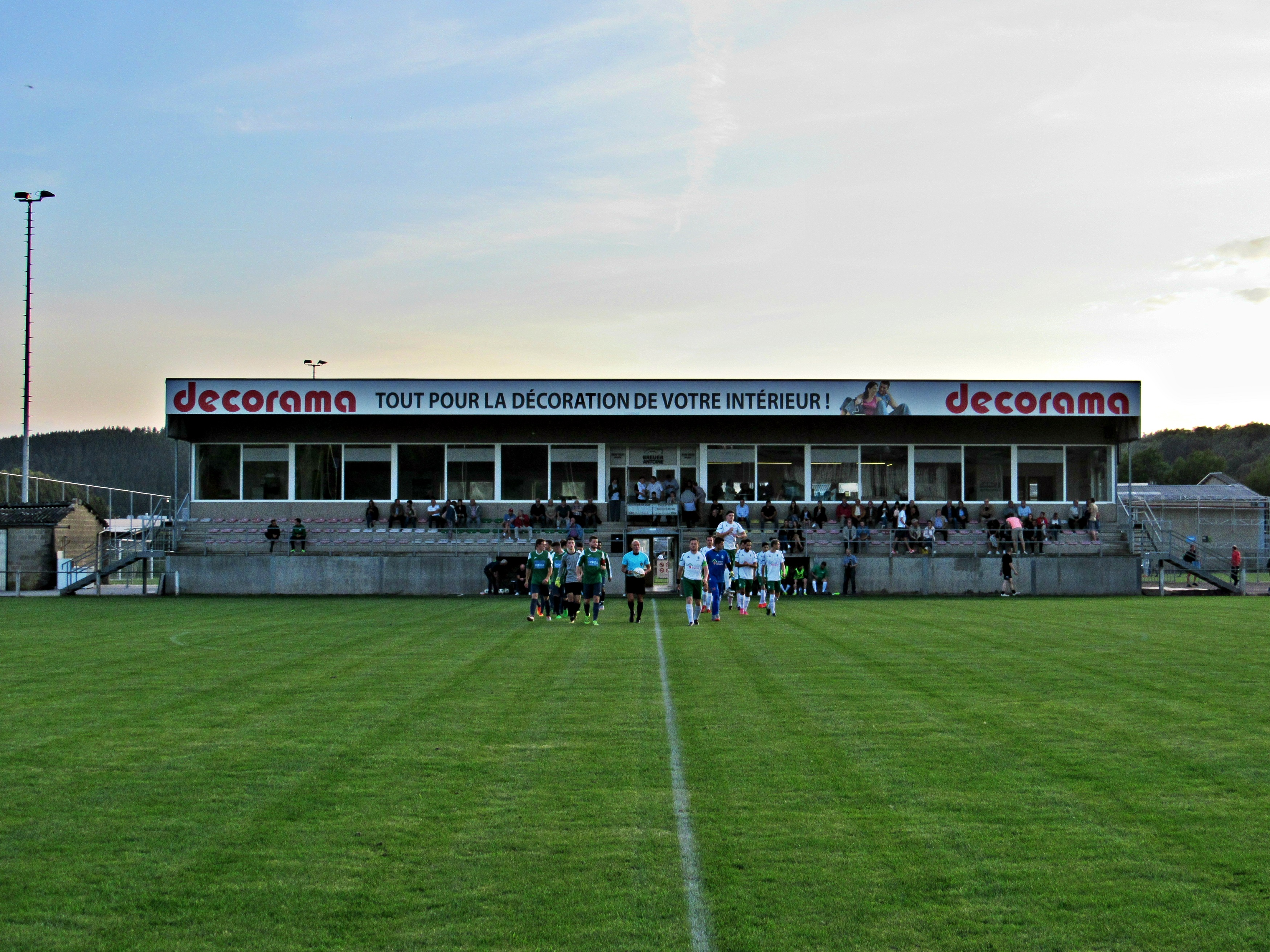 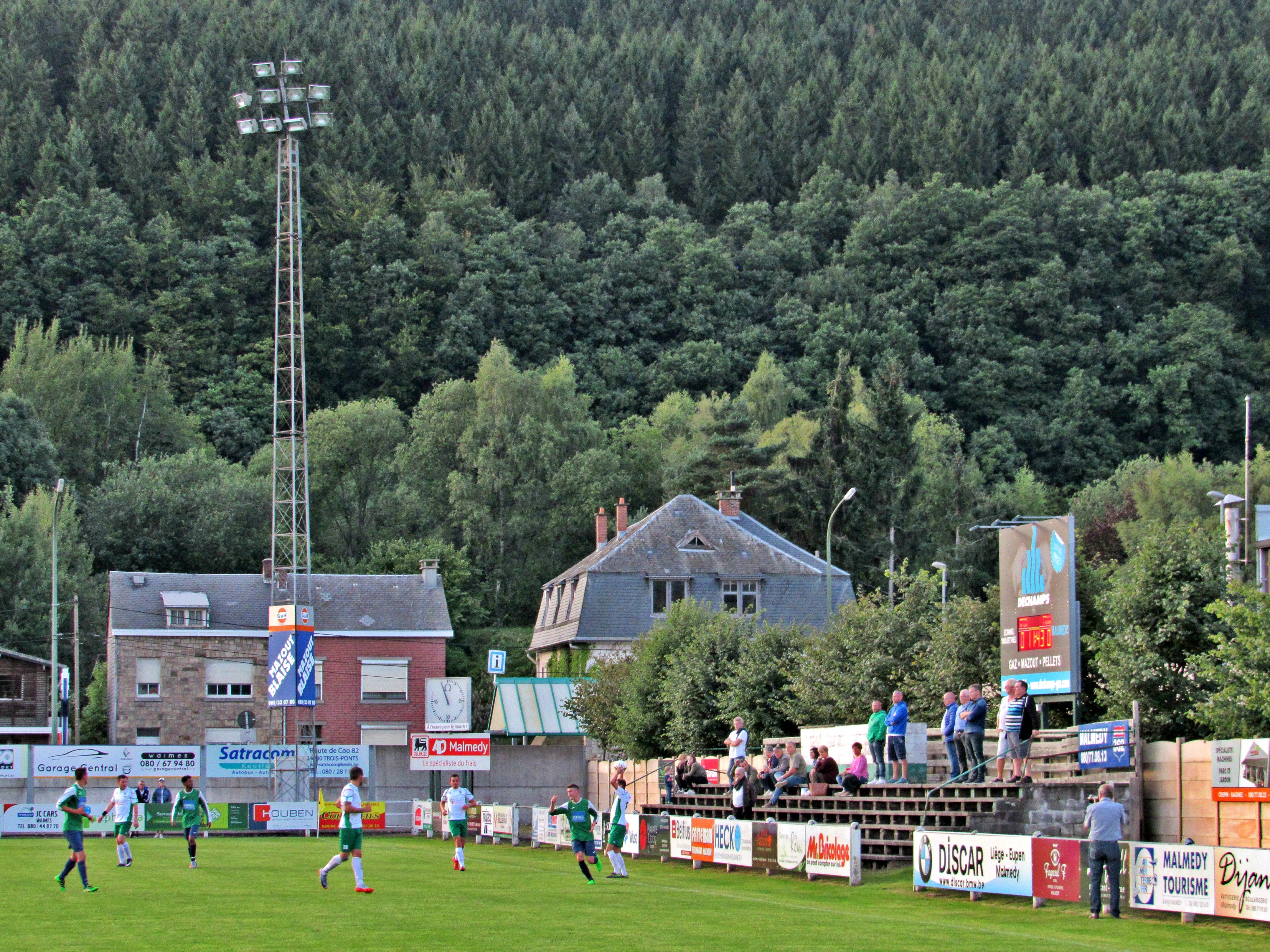 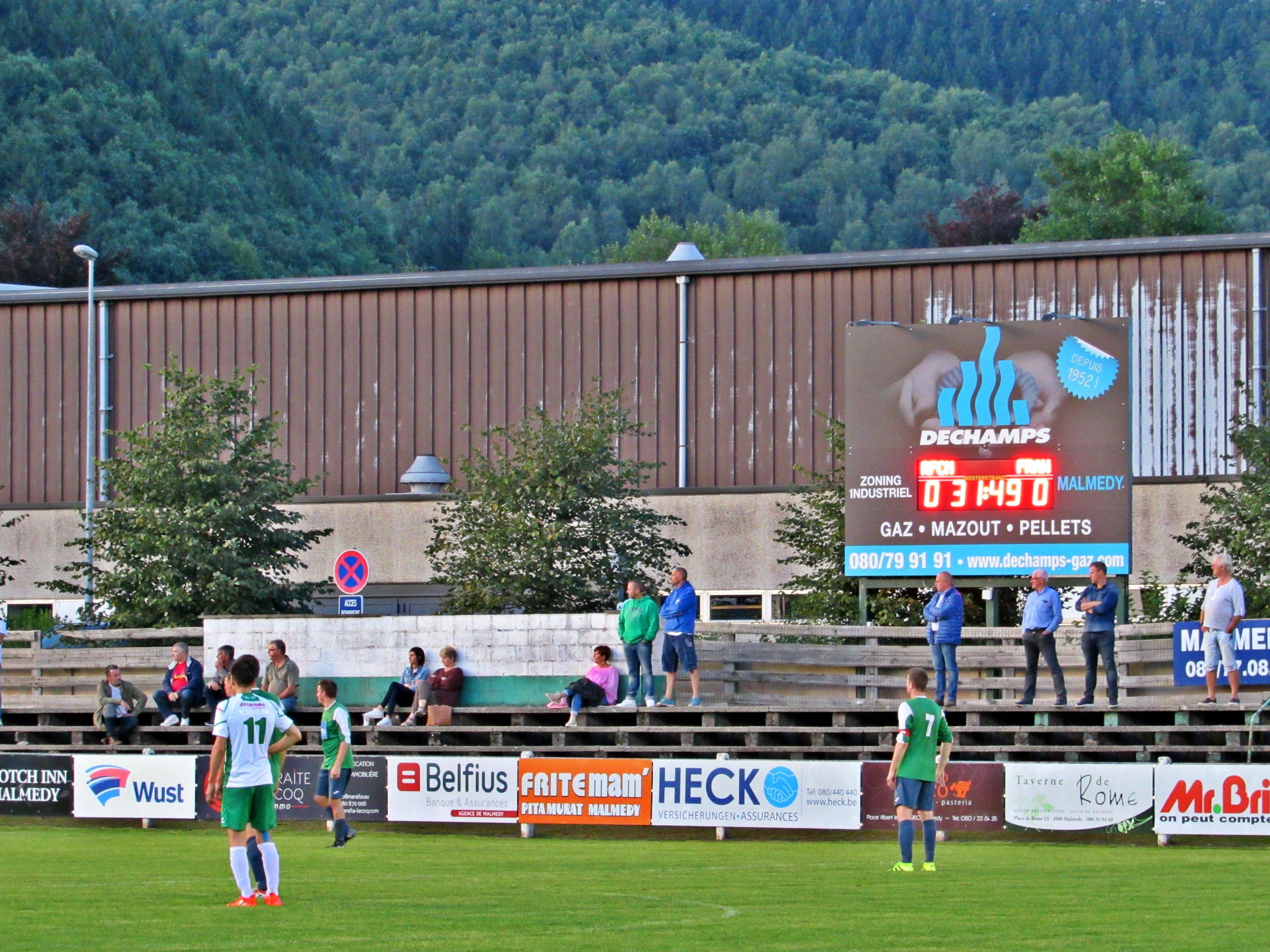 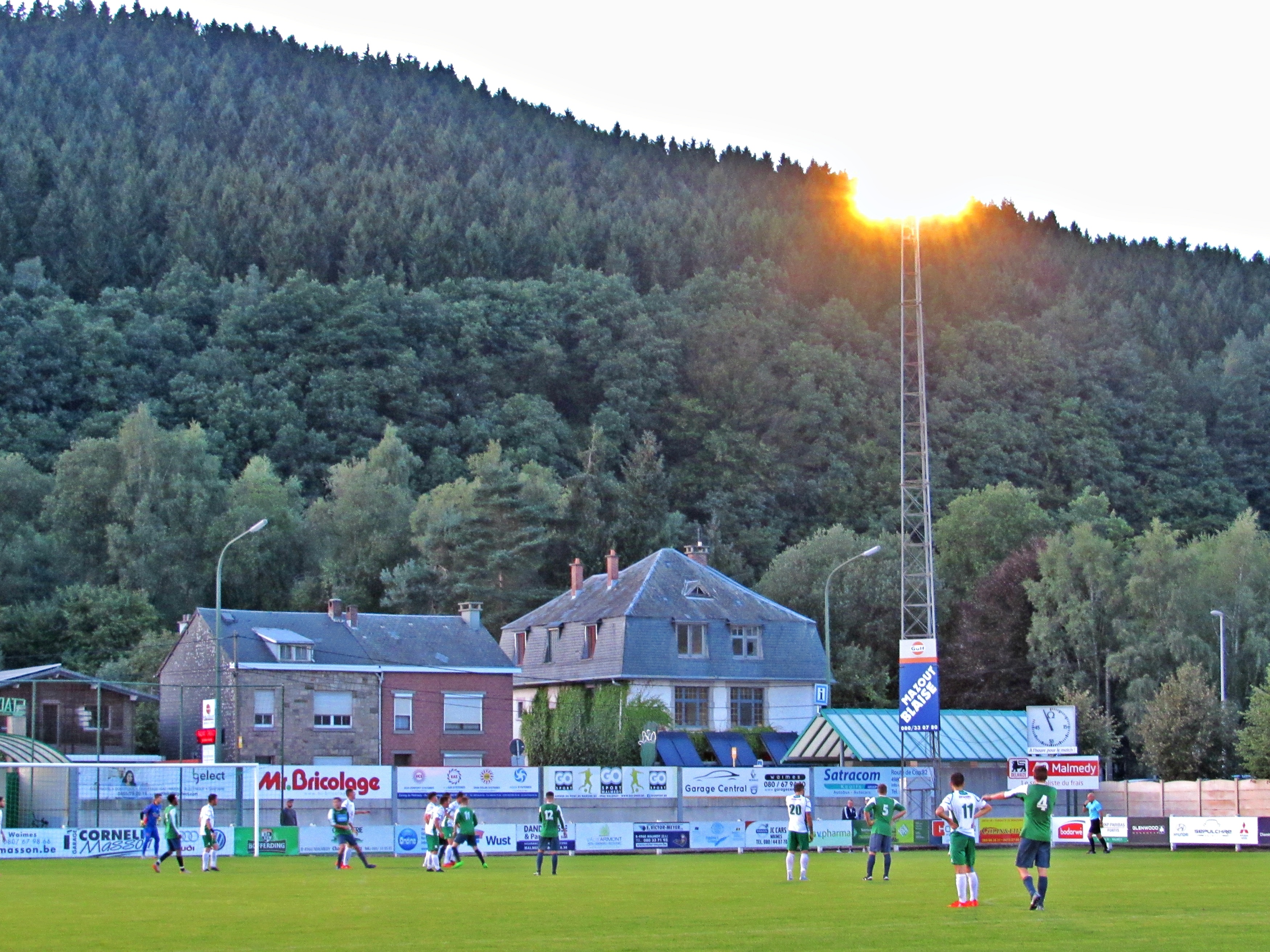 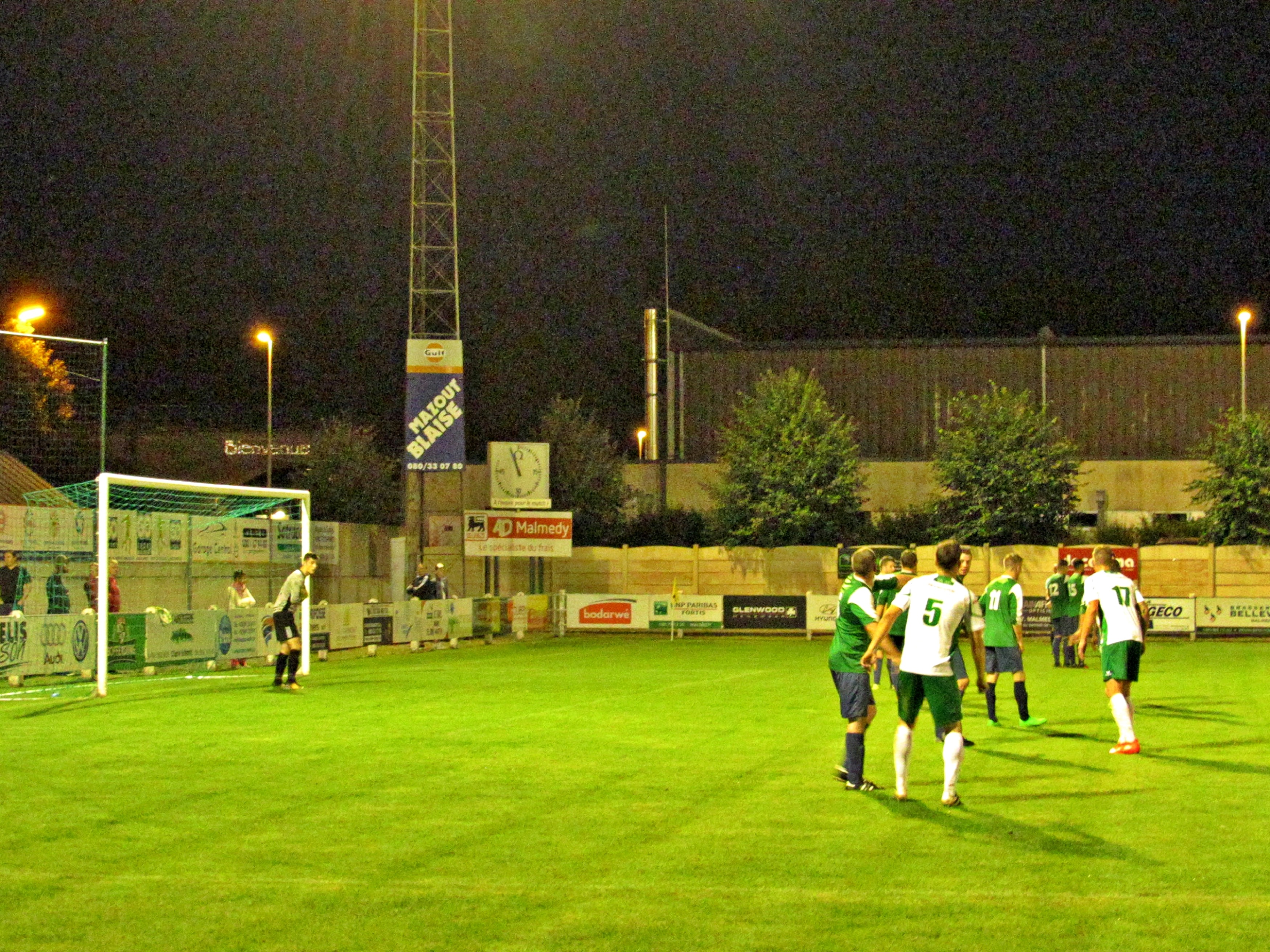