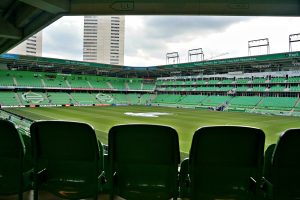 Today's game against VVV Venlo was quite boring. Both teams played very bad but the home team managed to get up after 15 minutes; 1-0. In the 2nd half FC Groningen missed a penalty but I also missed the 1-1 by Venlo in the last seconds of the game, as I didn't want to risk to be stuck in the underground parking garage as the trip back home would already take over 3 hours.

The ground is brand new (2006) and from the outside it doesn't look like a stadium at all, being surrounded by a few shops, restaurants and a cinema. It's absolutely not my favorite kind of ground and I would have prefered the demolished Oosterpark without a doubt. 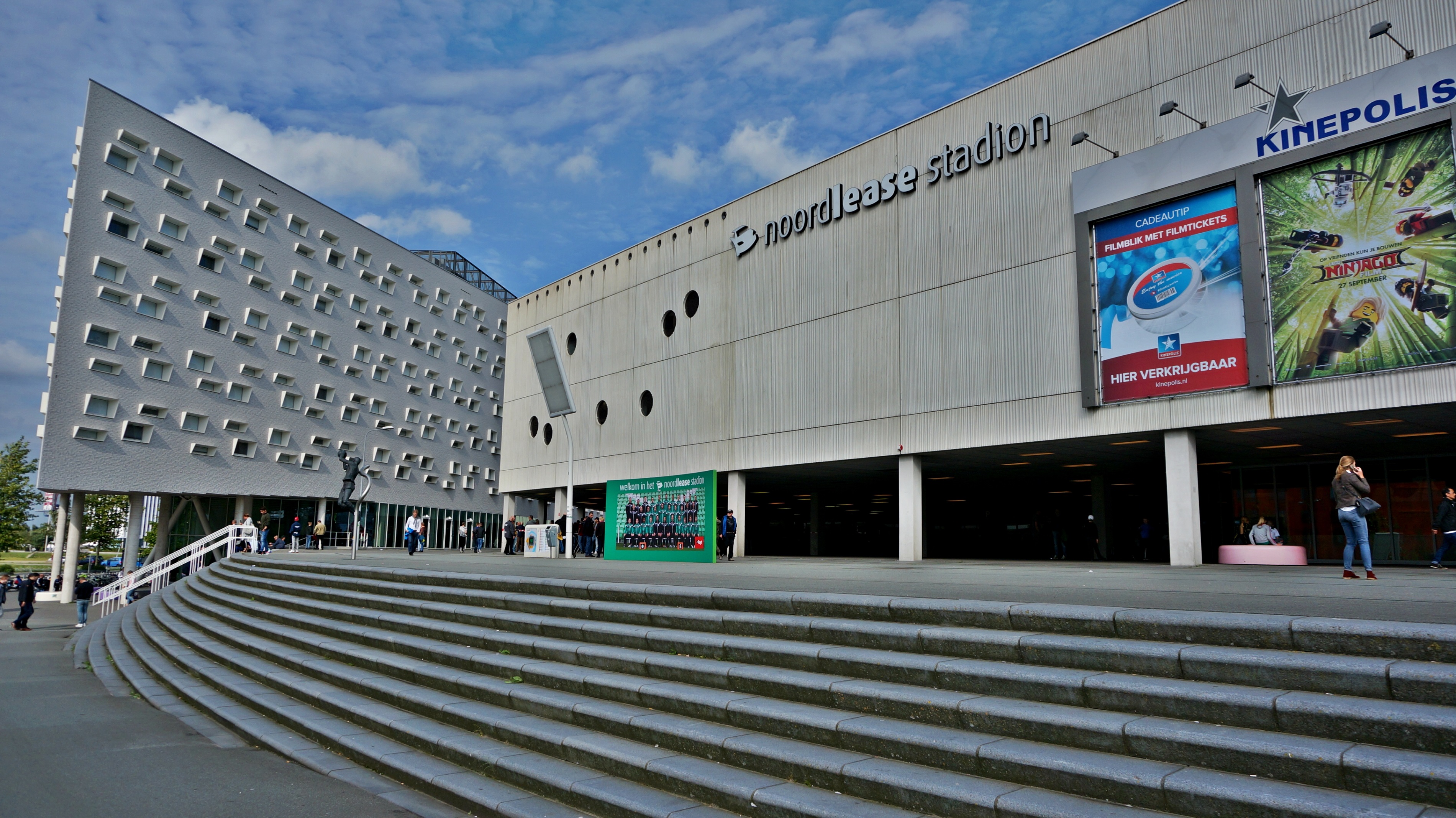 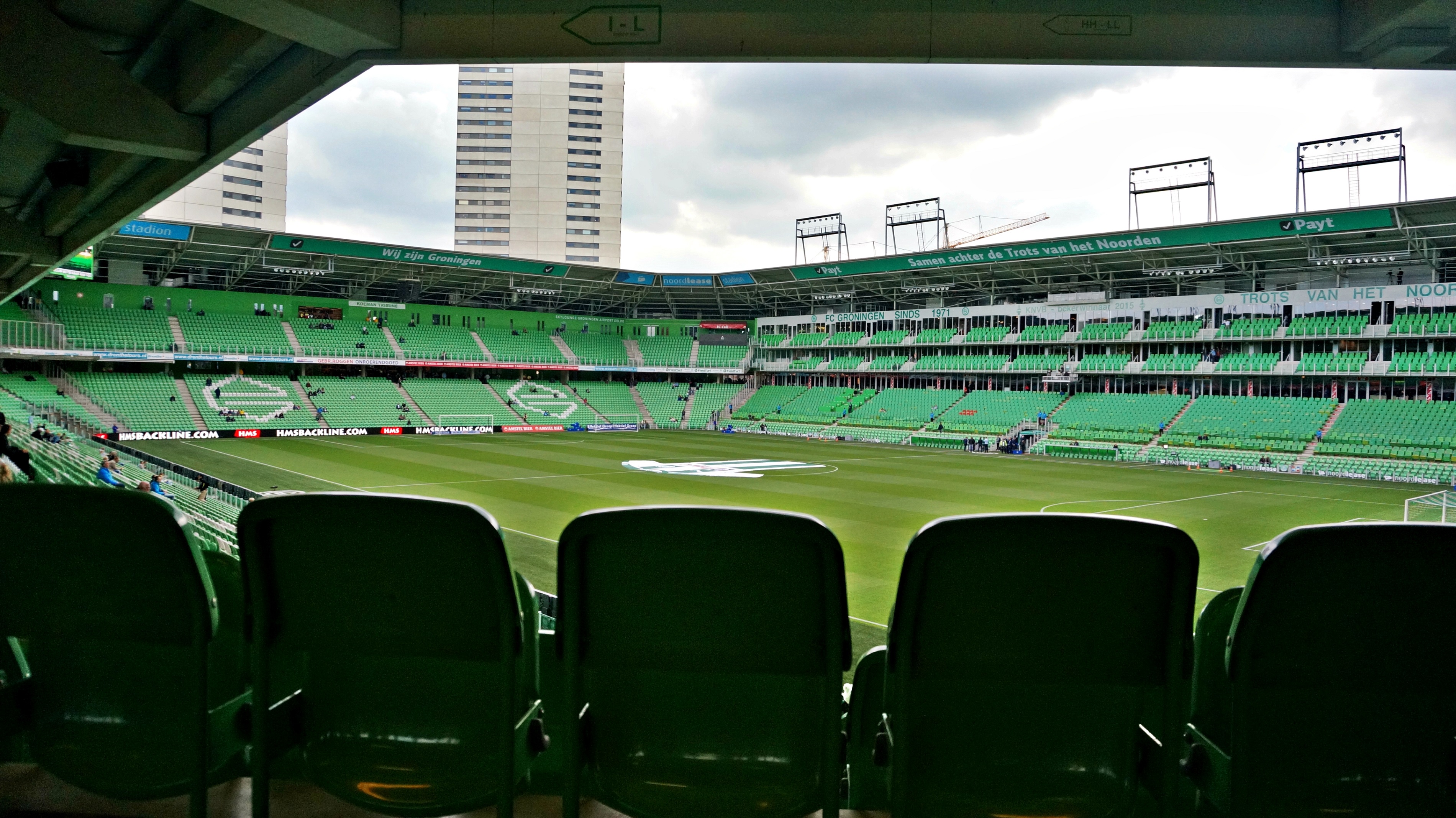 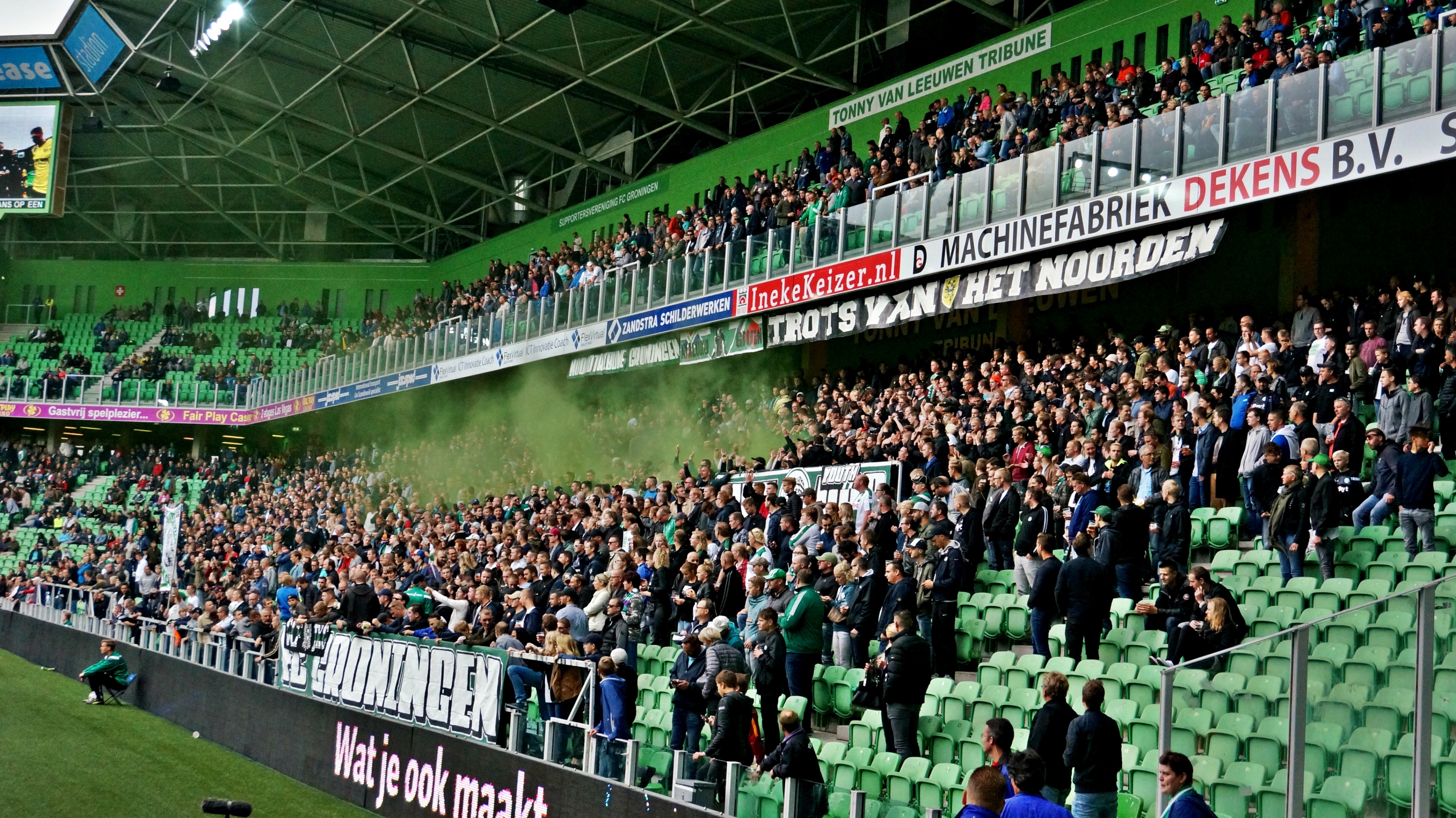 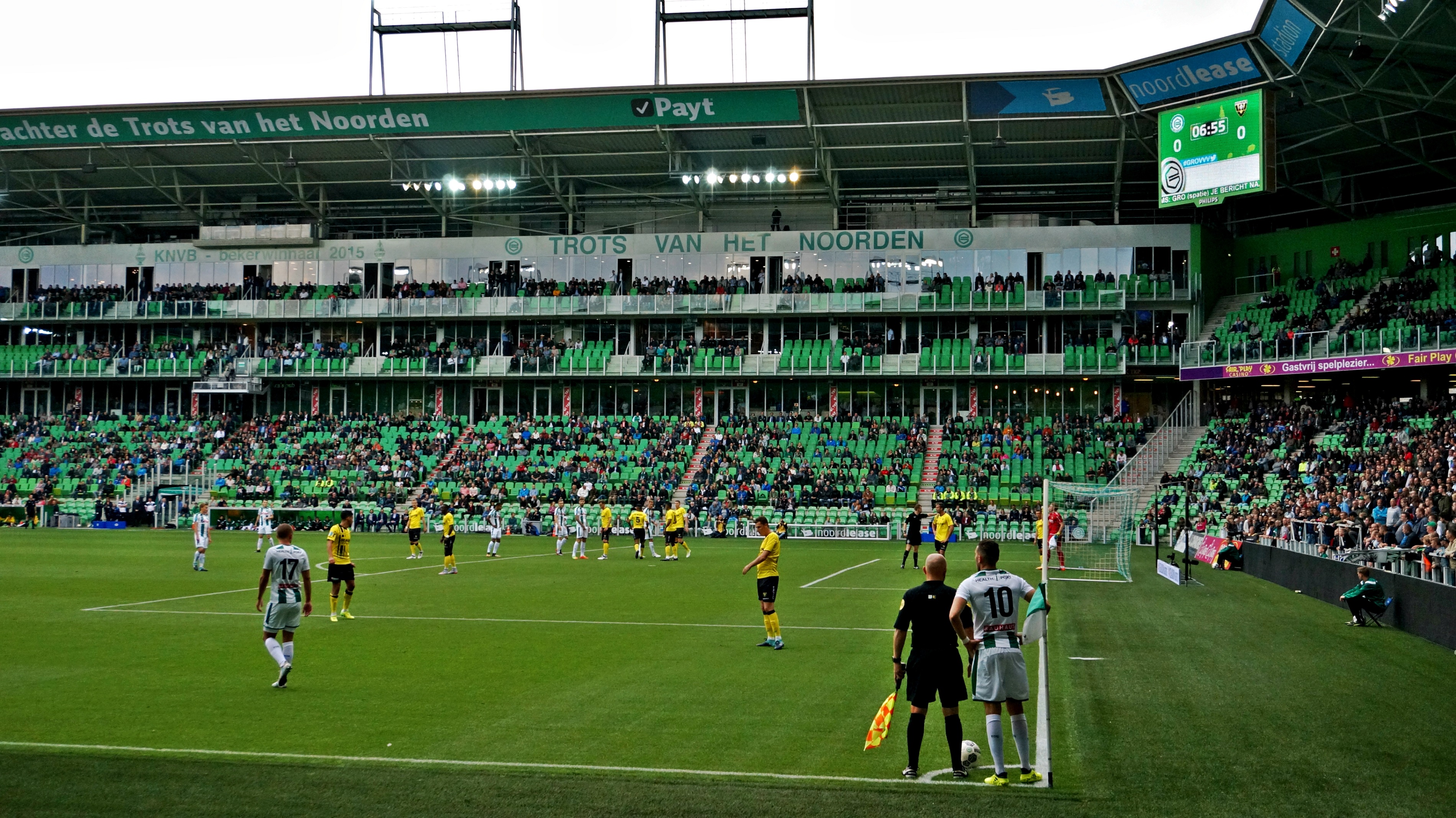 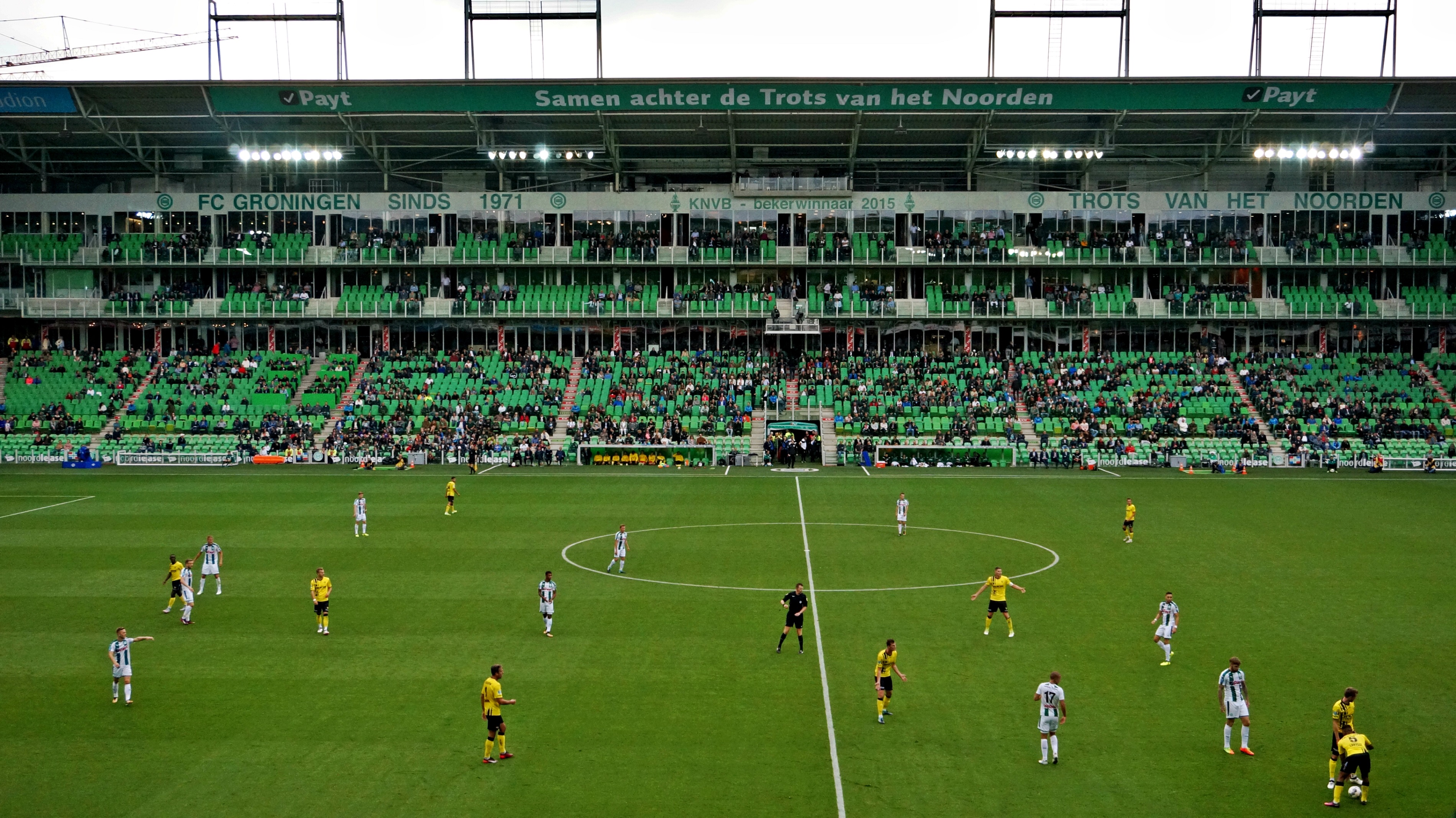 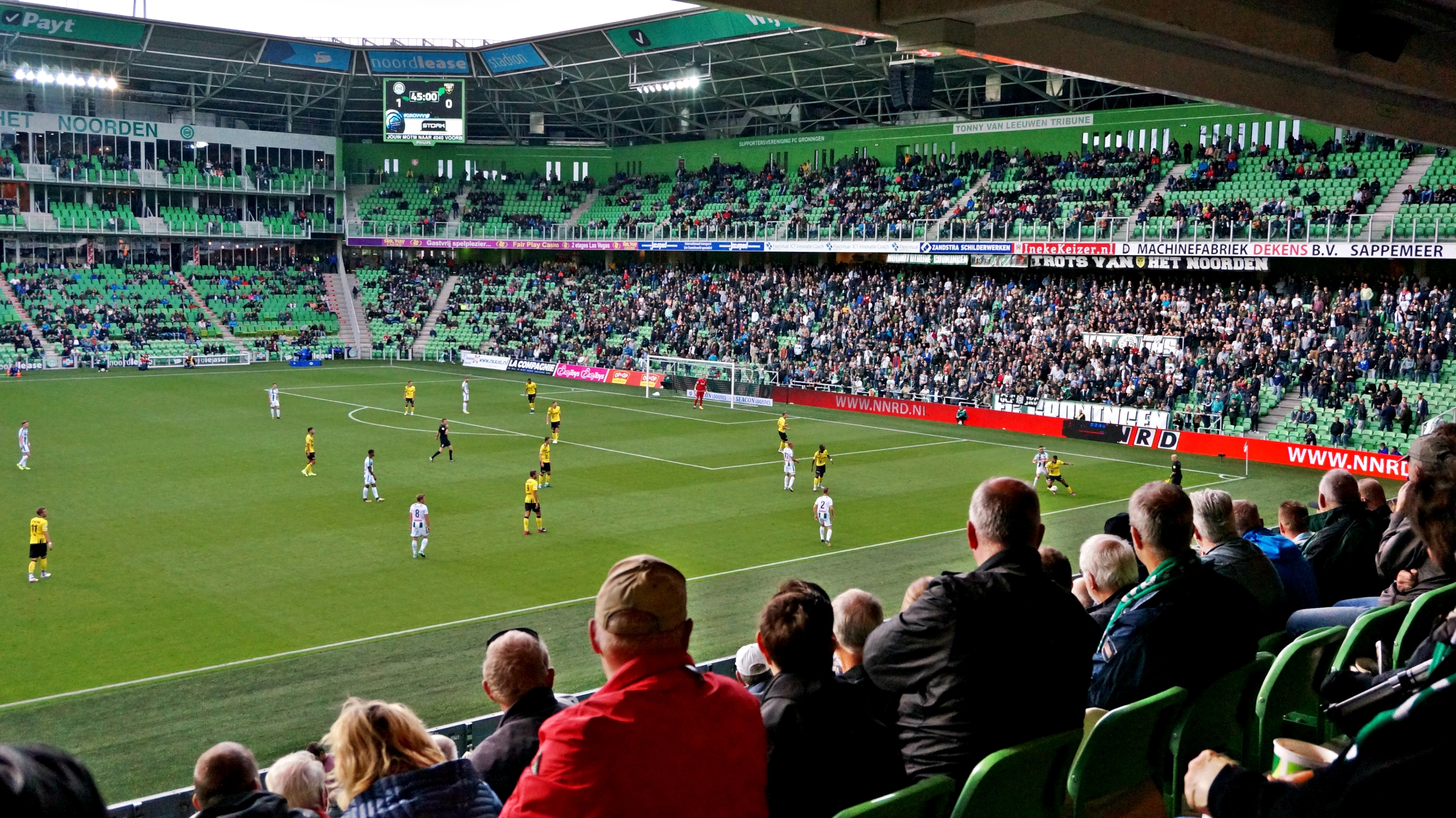 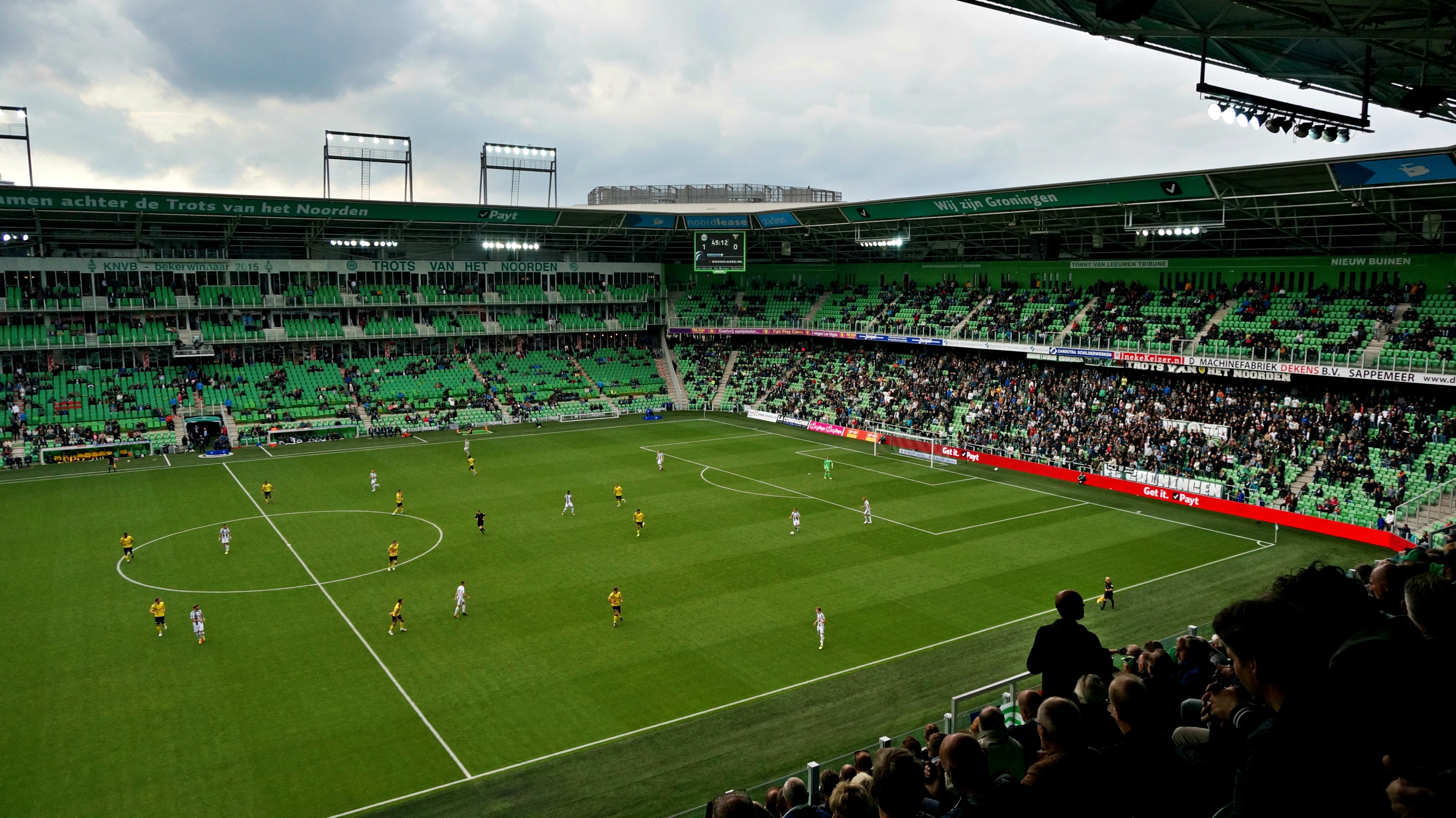