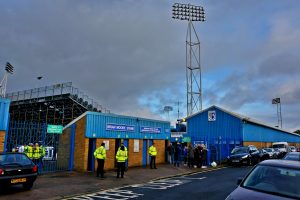 After a few good games in the Manchester area 2 weeks ago, I was off to England again as Gillingham was hosting Bury FC in an absolute relegation battle. With Gillingham being in 22nd position and Bury as 23th, both sides had to go for a win. After a few hours driving we arrived in Gillingham, were we spent some time at "The Cricketers", a good local bar.

We entered the ground after picking up our tickets (and some food, plenty of choice inside the ground!) and the game started after an 11/11 memorial. The quality of the game was rather average and closed with especially the visitors trying to play football. Only 5 five minutes before the break the also managed to open the score; 0-1. After the break the visitors stopped playing football and only wanted to defend their lead while The Gills started to create a few good chances. It was also a deserved goal when they scored the equalizer 5 minutes from time; 1-1.

The ground is a rather normal one, as it's not brand new but not cracking old either. All in all I had a very good day out including another "92" ground ticked off the list. 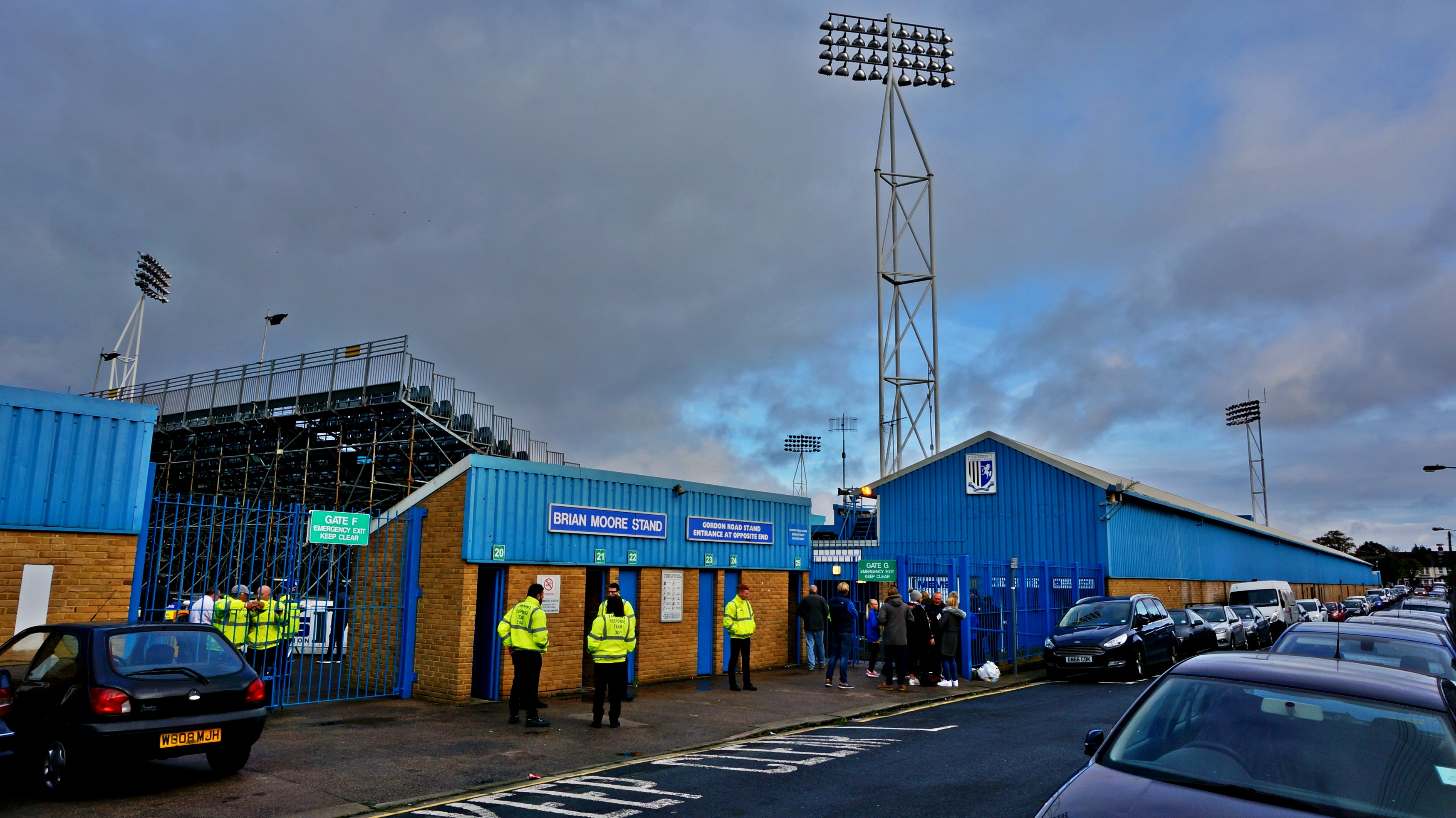 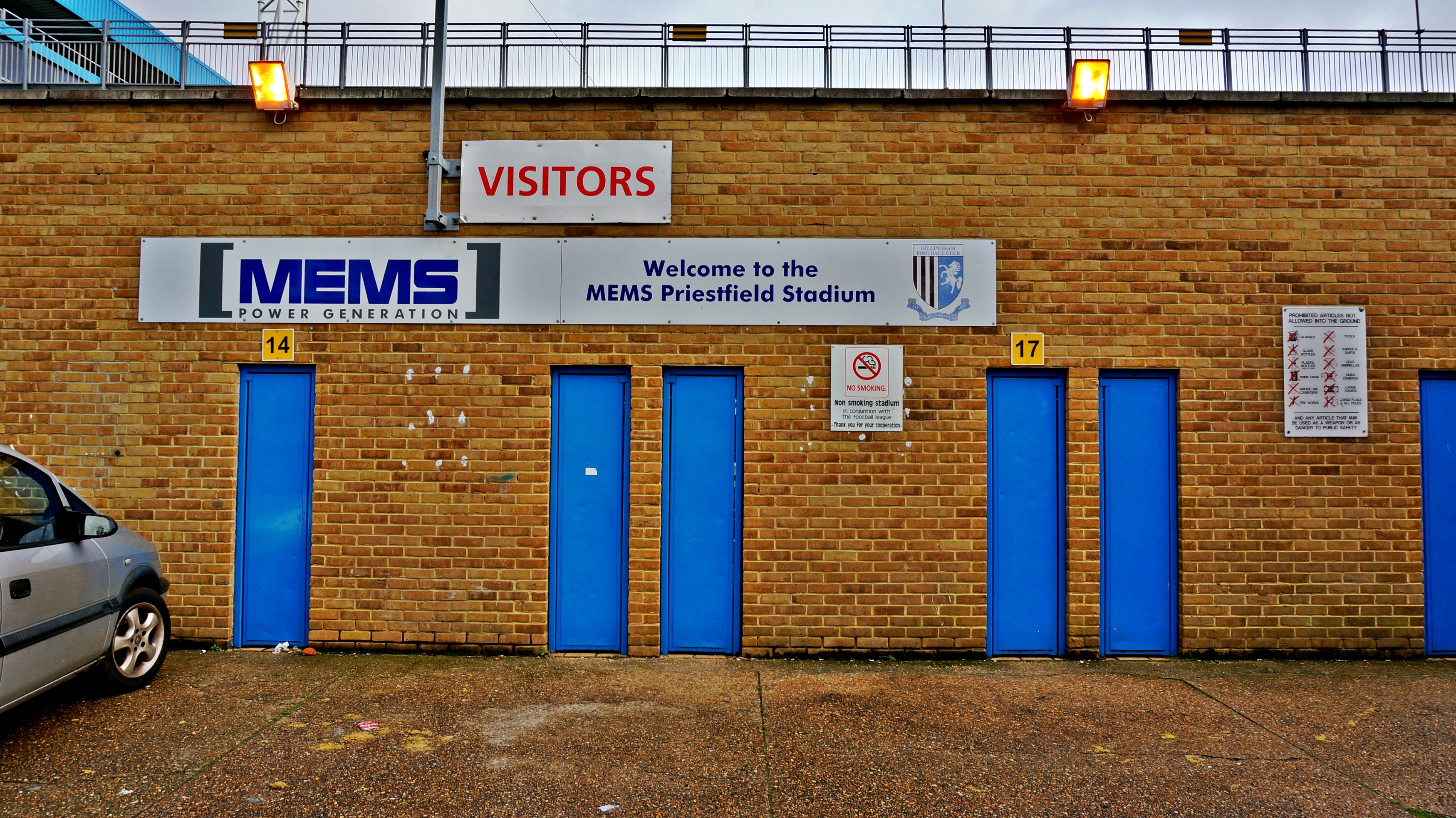 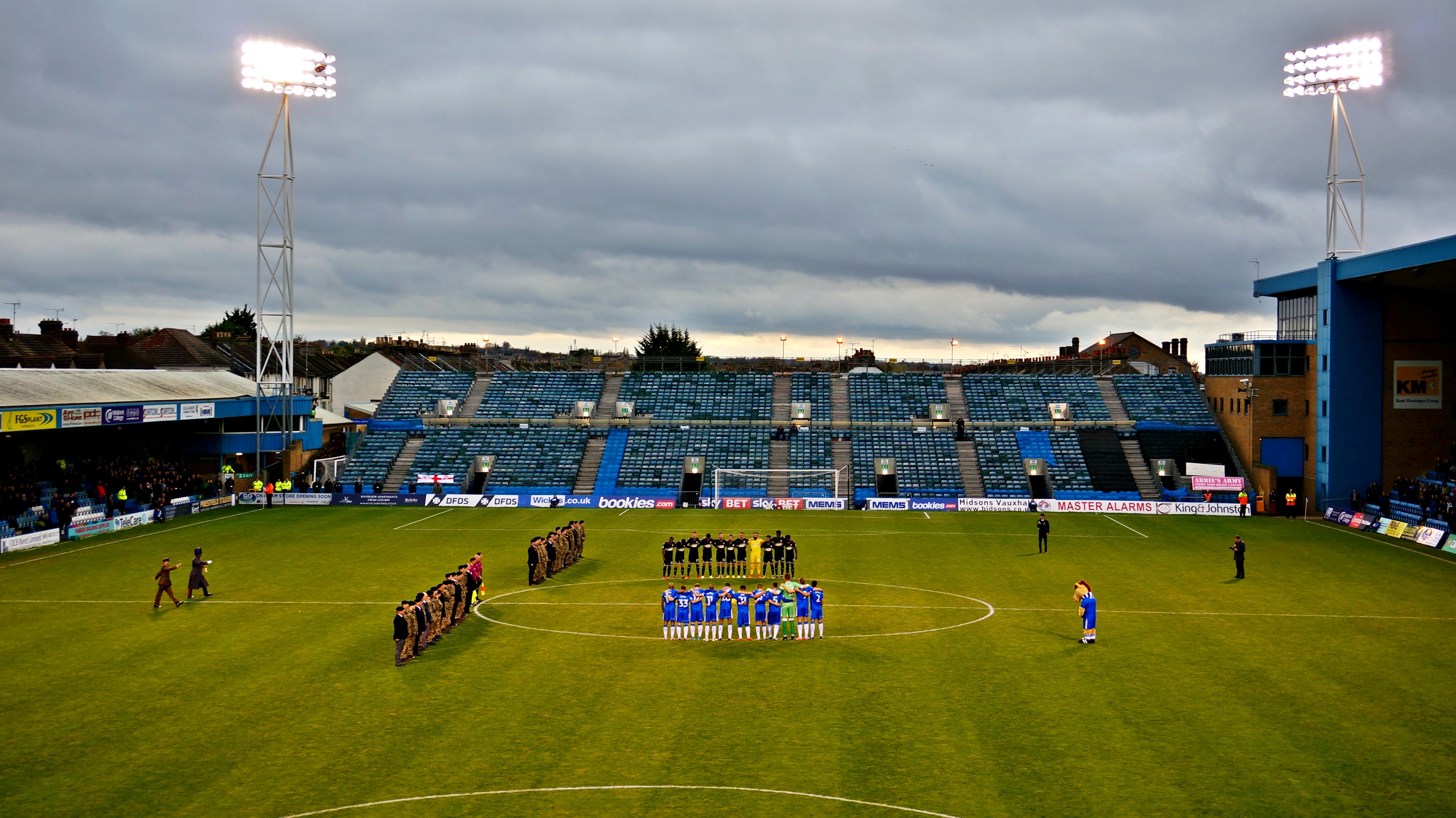 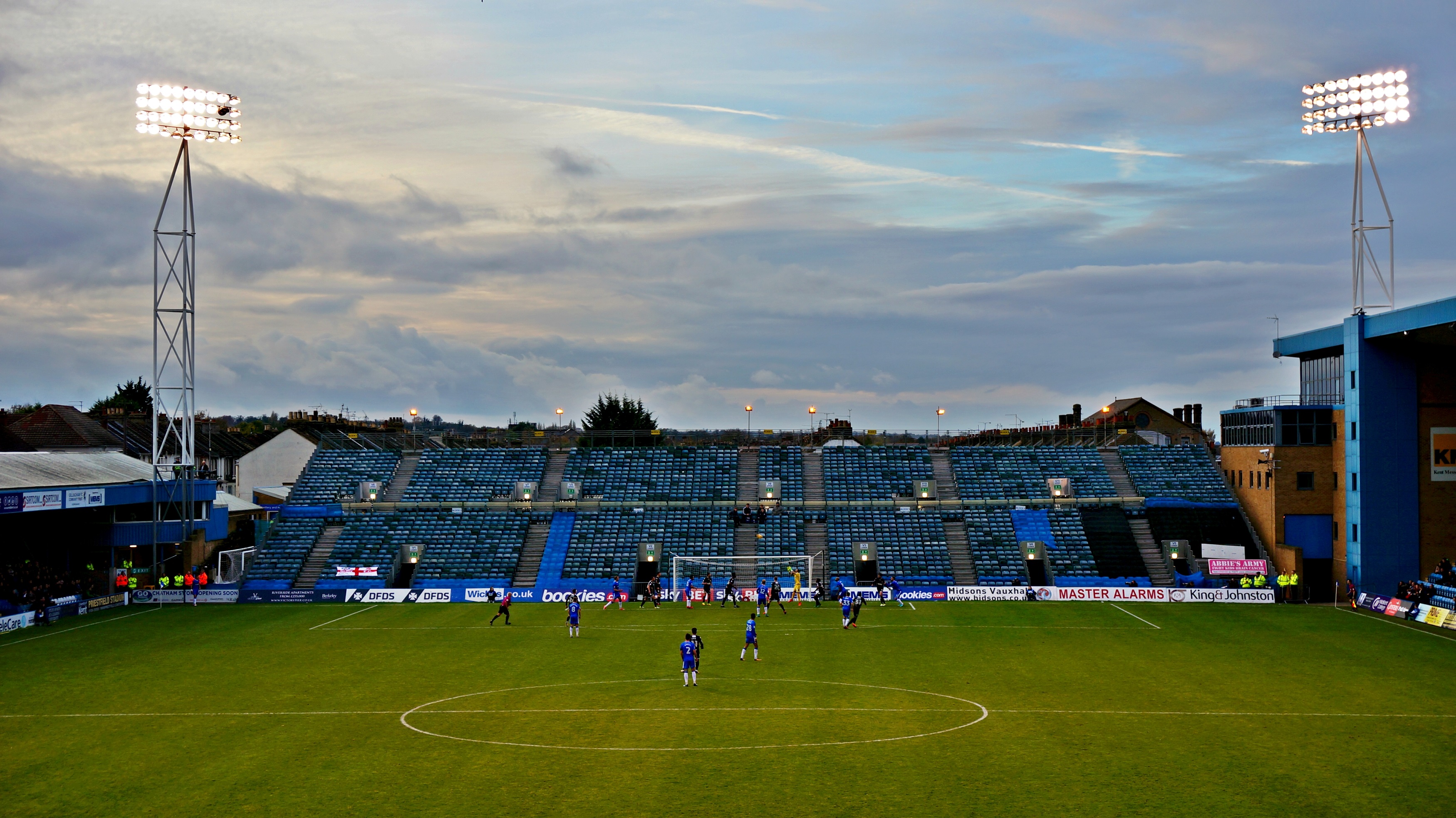 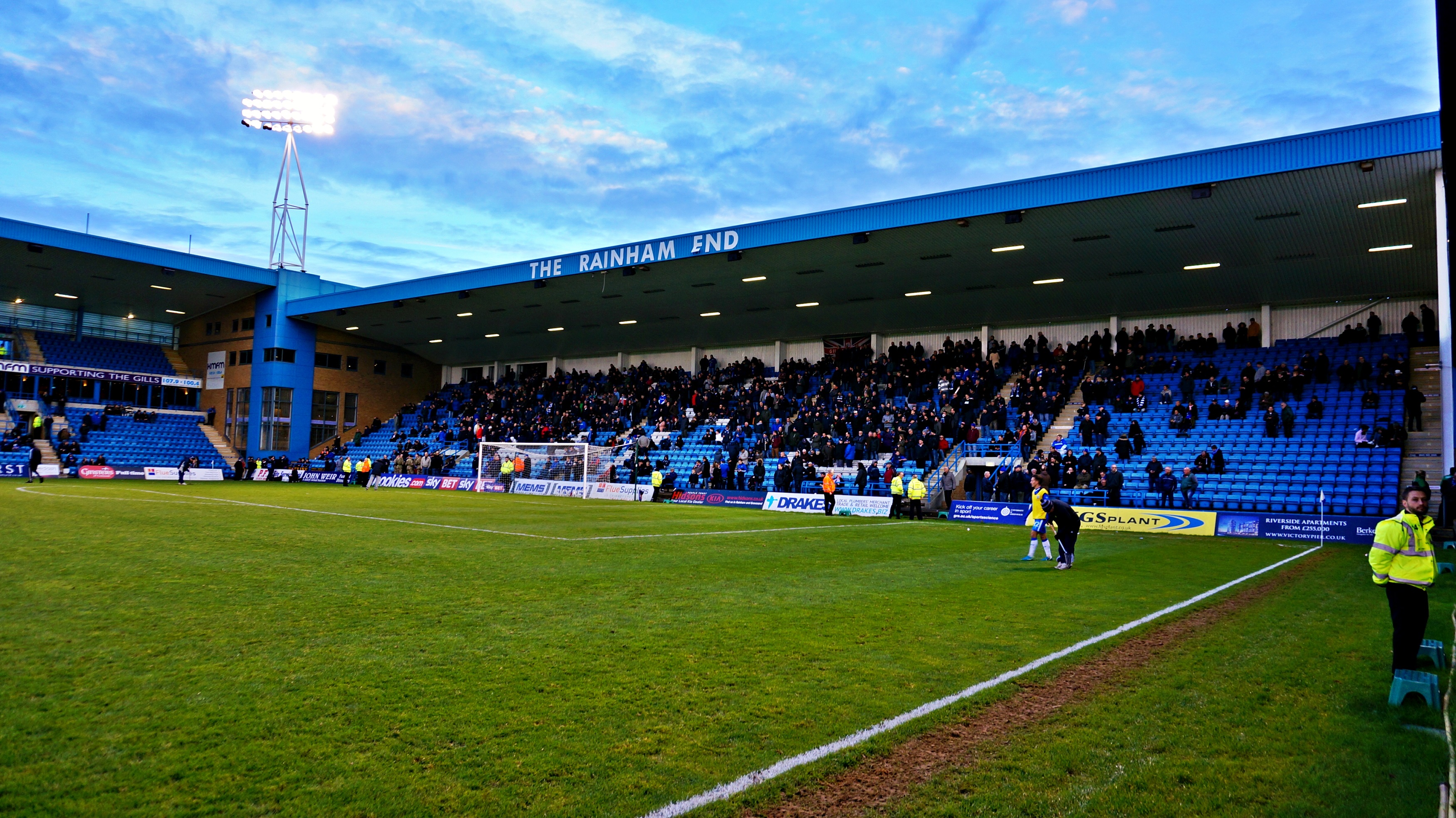 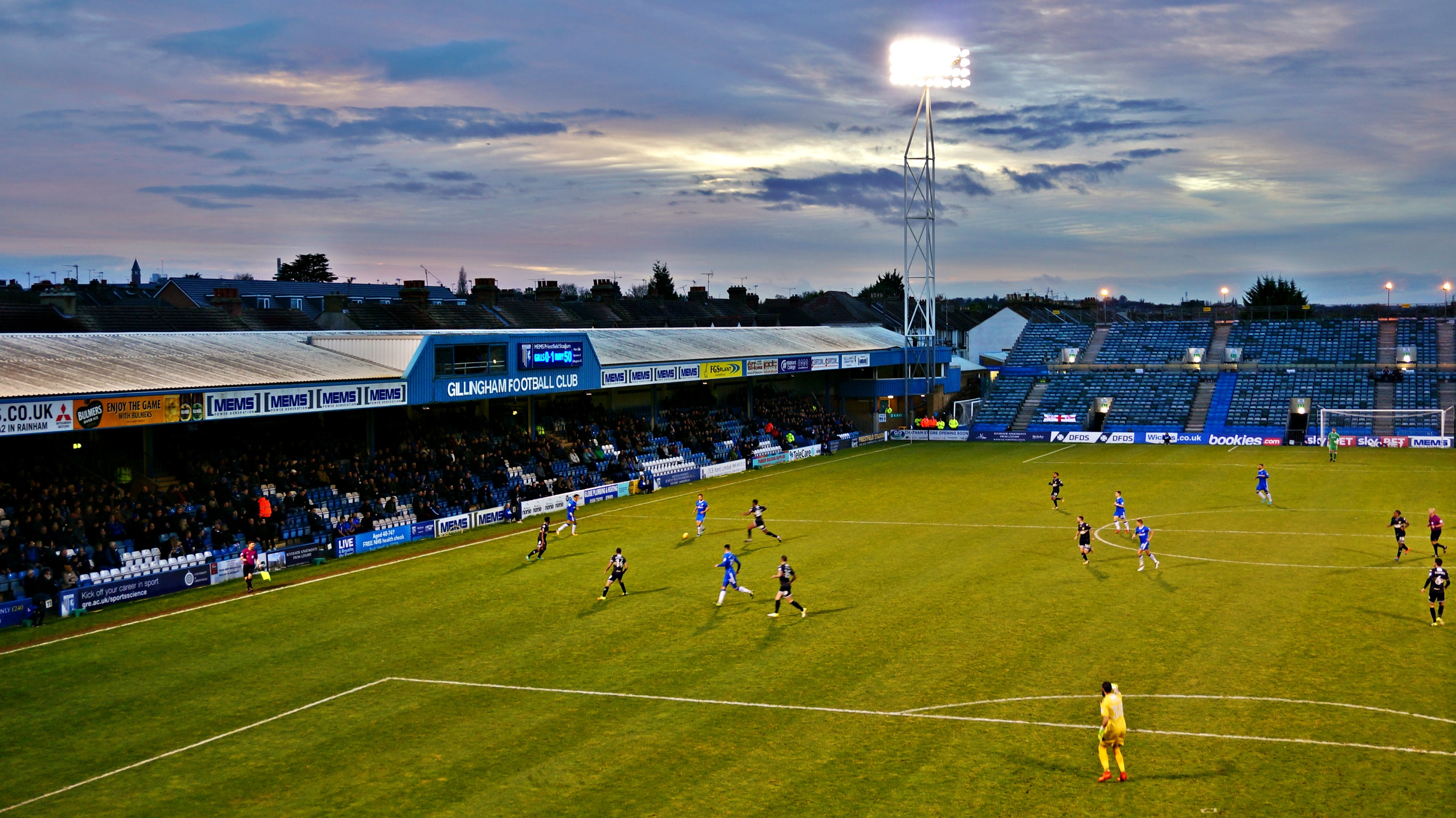 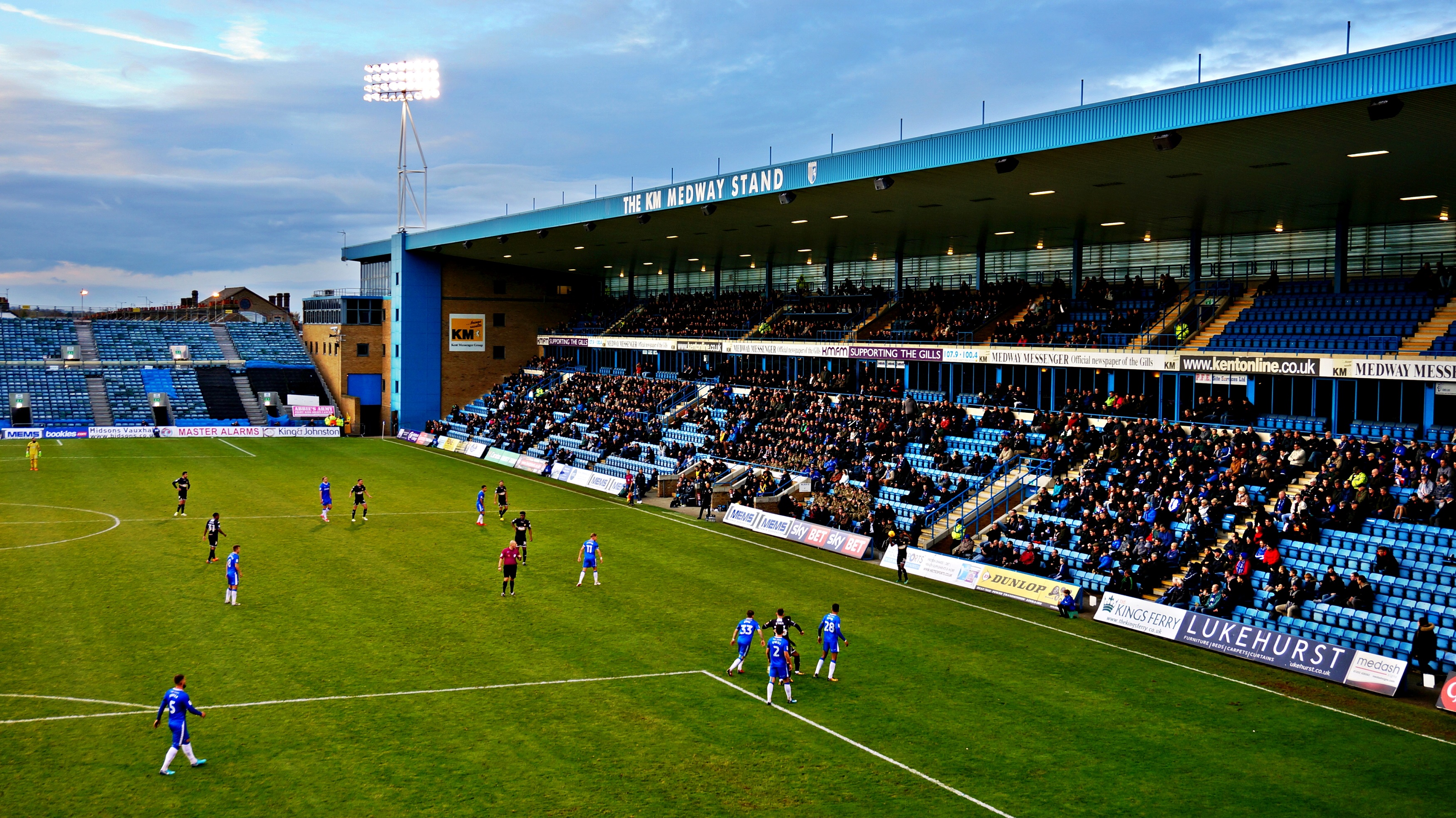 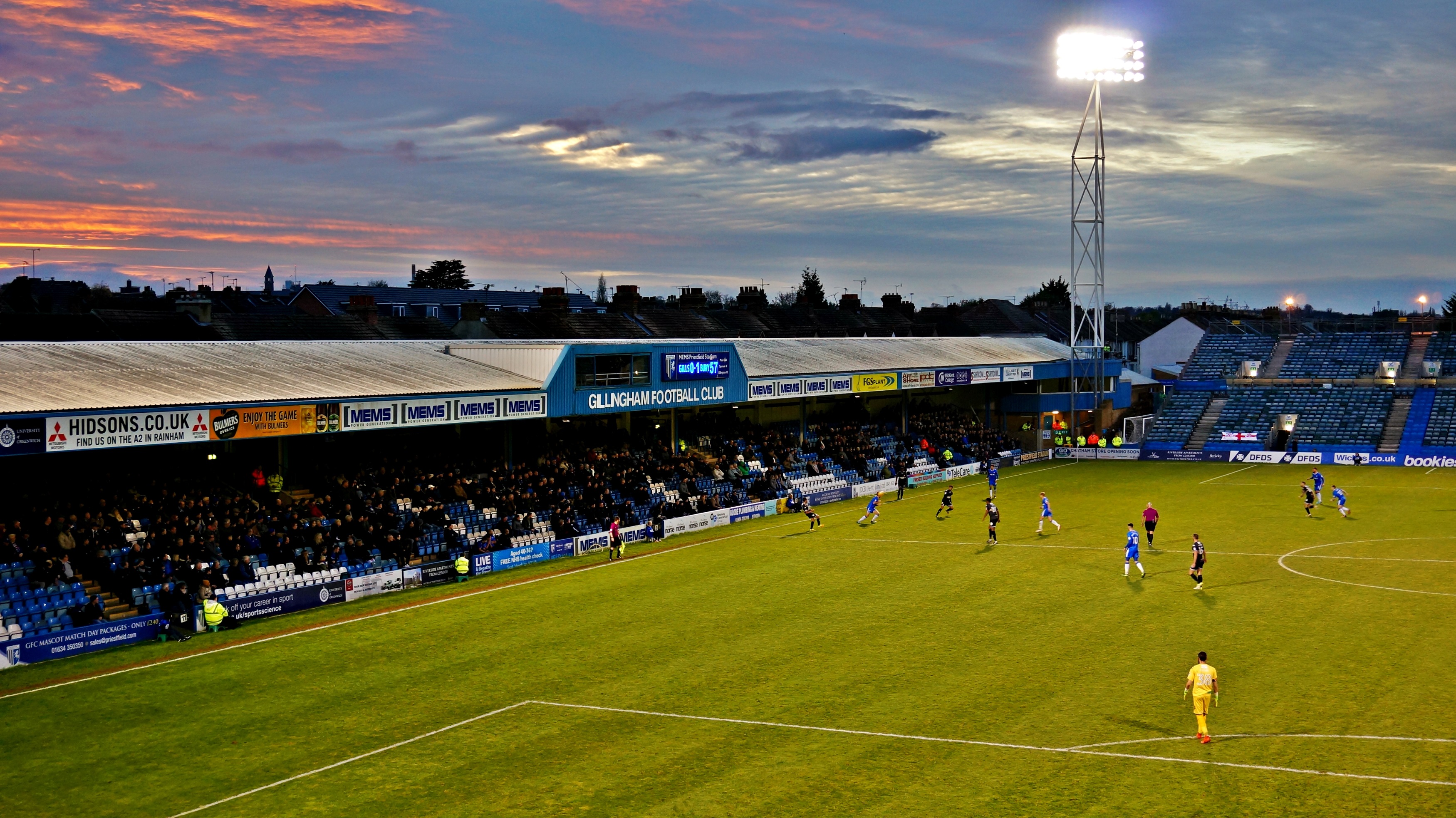 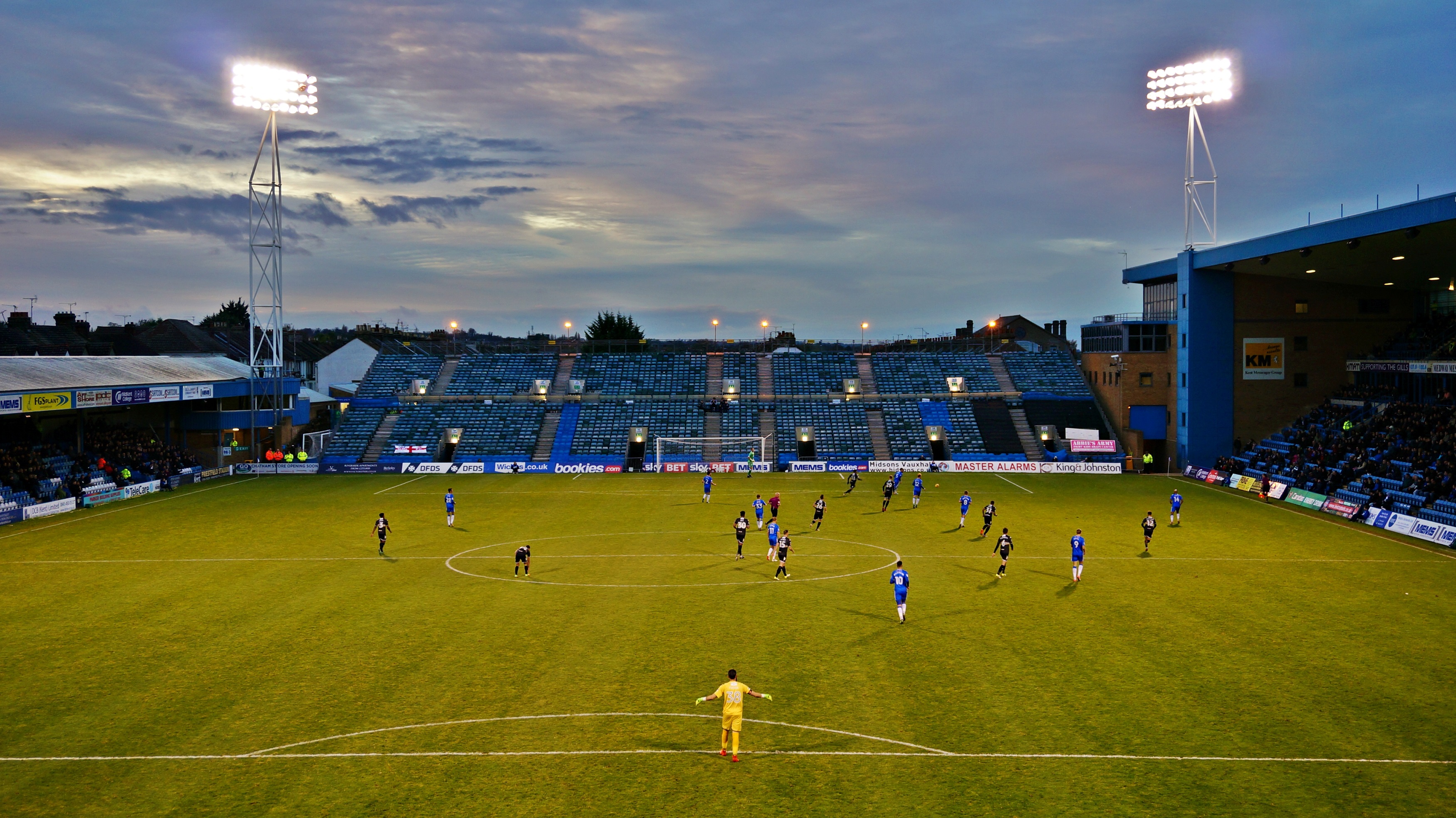