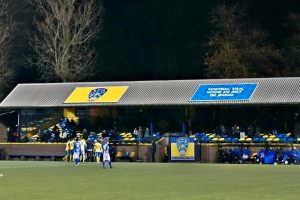 KSC City Pirates was founded in 1921 as "Sint-Jan", as a football club of the Sint-Jan Berchmanscollege. In 1925 the club was registered at the Belgian FA and in 1927 the name was changed to Merksem SC. In 1941 the club merged with Olse-Voetbal, another club founded by students. Merksem SC became Olse Merksem SC. In 1959 the club gained promotion to the 2nd division of Belgian football in which they played several seasons. But in 1980, the club relegated back to the provincial leagues after 29 seasons of national football, after they also became Merksem SC in 1975.

In 1990 the club relegated to the 3th provincial league (7th tier back in the time), where they met their neighbours from FC Merksem. Since 2010 the club is on their way back to the top, after gaining promotion to the 1st provincial league. After 2 more name changes, to Merksem-Antwerpen Noord SC and the current SC City Pirates Antwerpen, the club is now active at the 2nd Amateur Division, which is the current 4th tier.

In today's game against KVK Tienen it was raining cats and dogs but the Jef Mermansstadion looked absolutely great.. what a good ground! The game got off very well too for KVK Tienen as they got a few good chances in the opening minutes. Just before the break the visitors even managed to open the score; 0-1. After the break KVK Tienen stayed inside while the Pirates came out much stronger. After 45 minutes of one-way football the home team was leading with 3-1 in the last minutes of the game, followed by a 40 meter world class goal.. 4-1, with the City Pirates also hitting the bar twice just before.

A terrible evening but the beautiful ground made the evening a bit more bearable, but only just a little bit.. 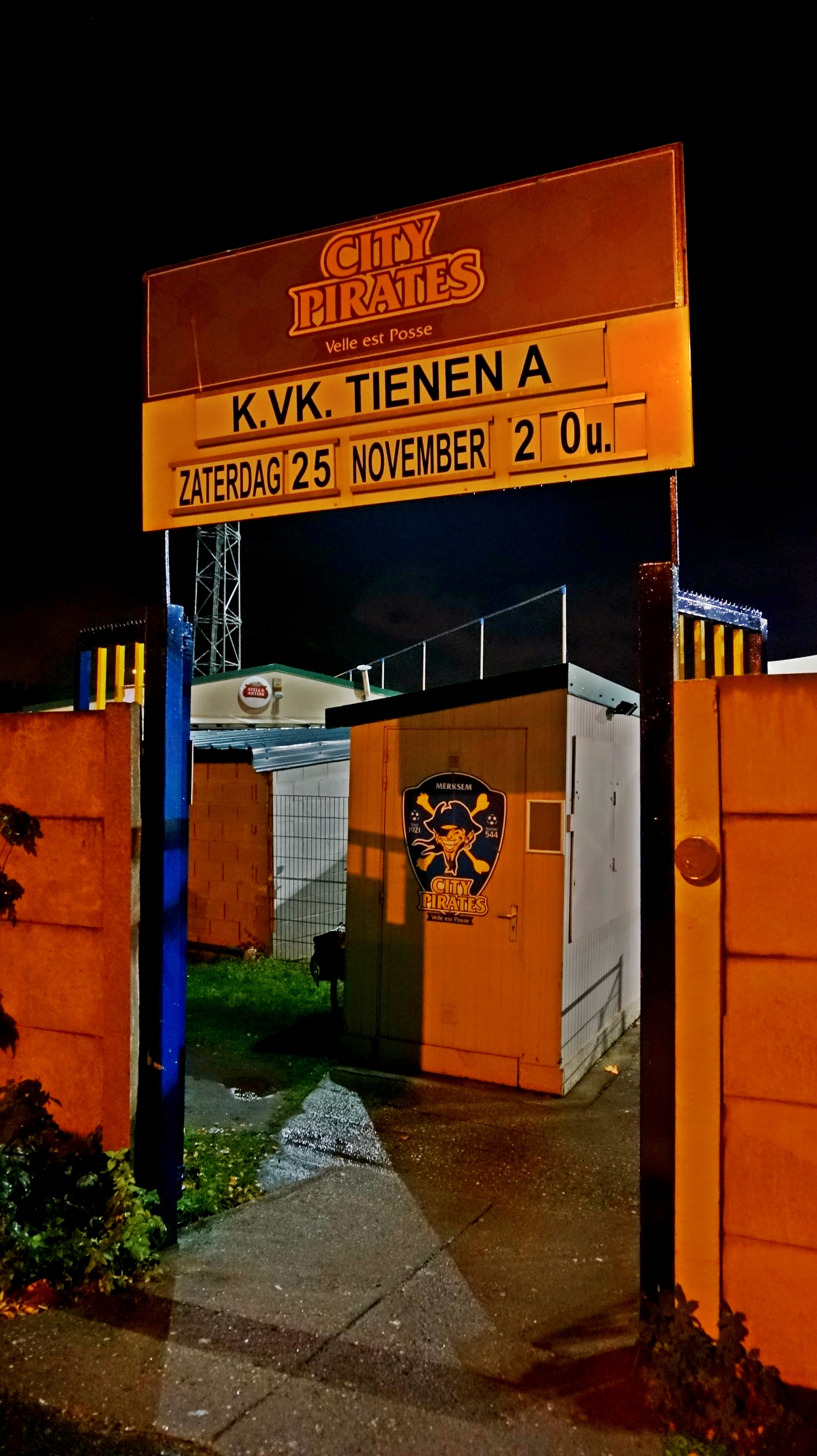 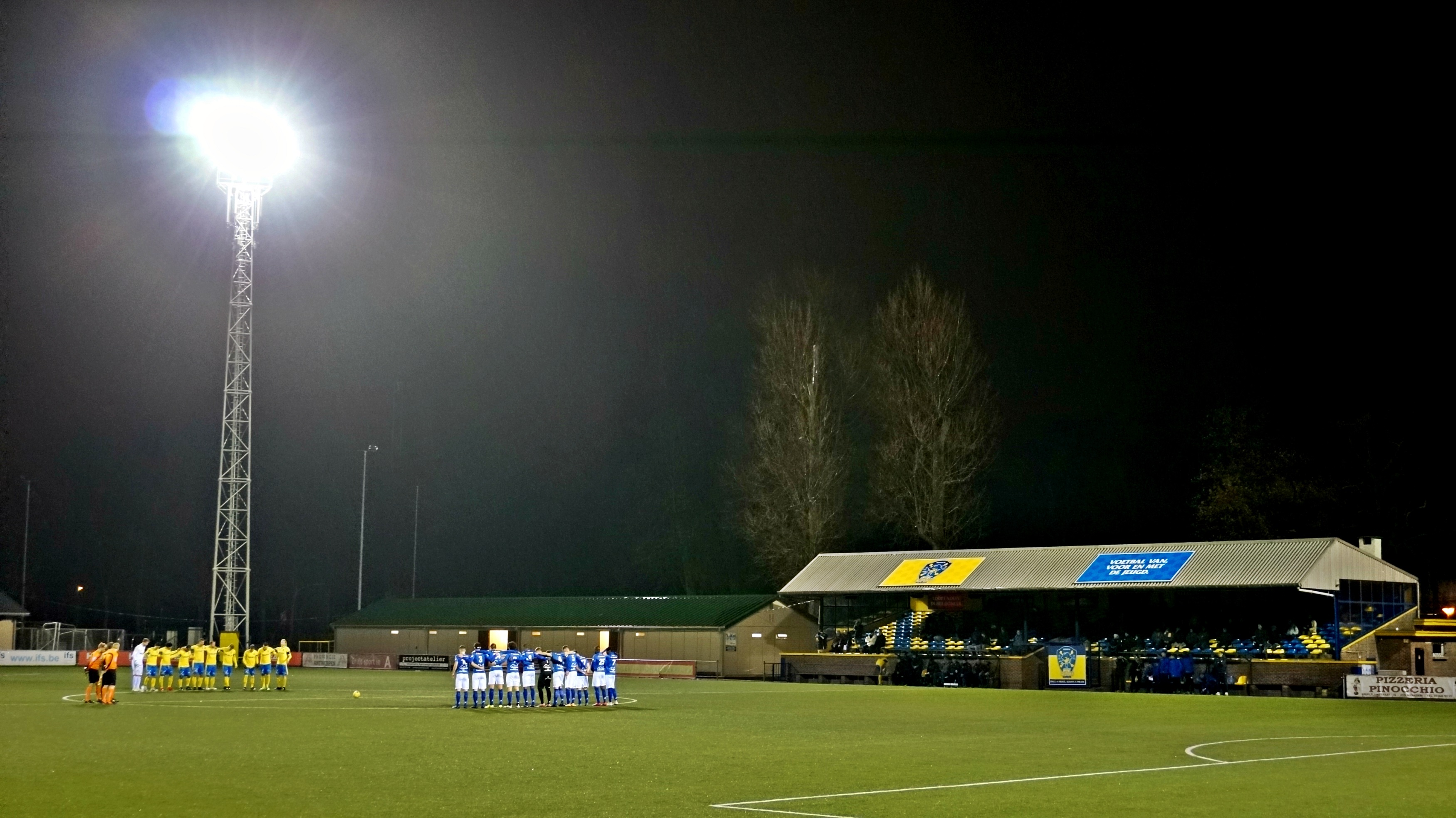 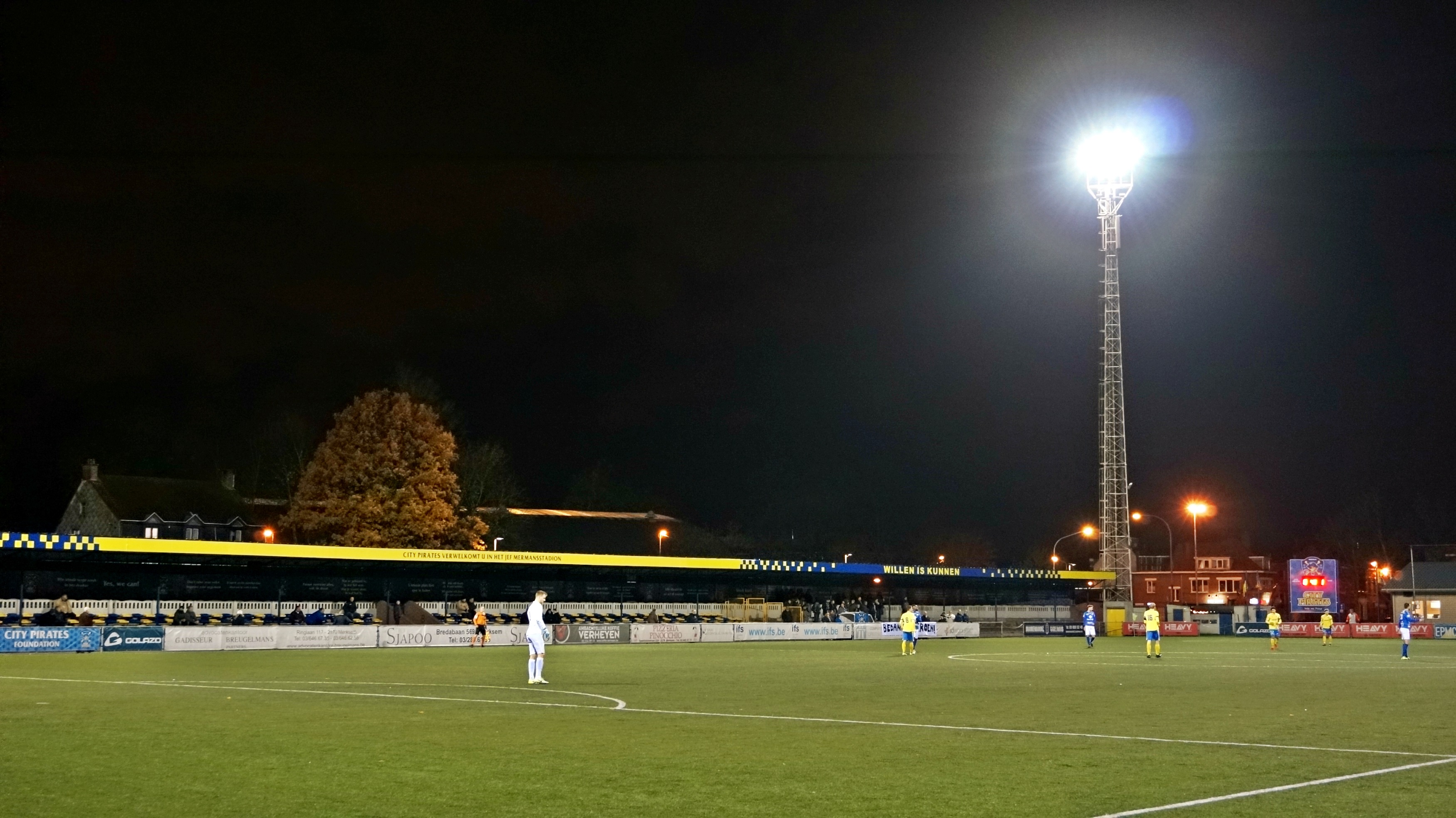 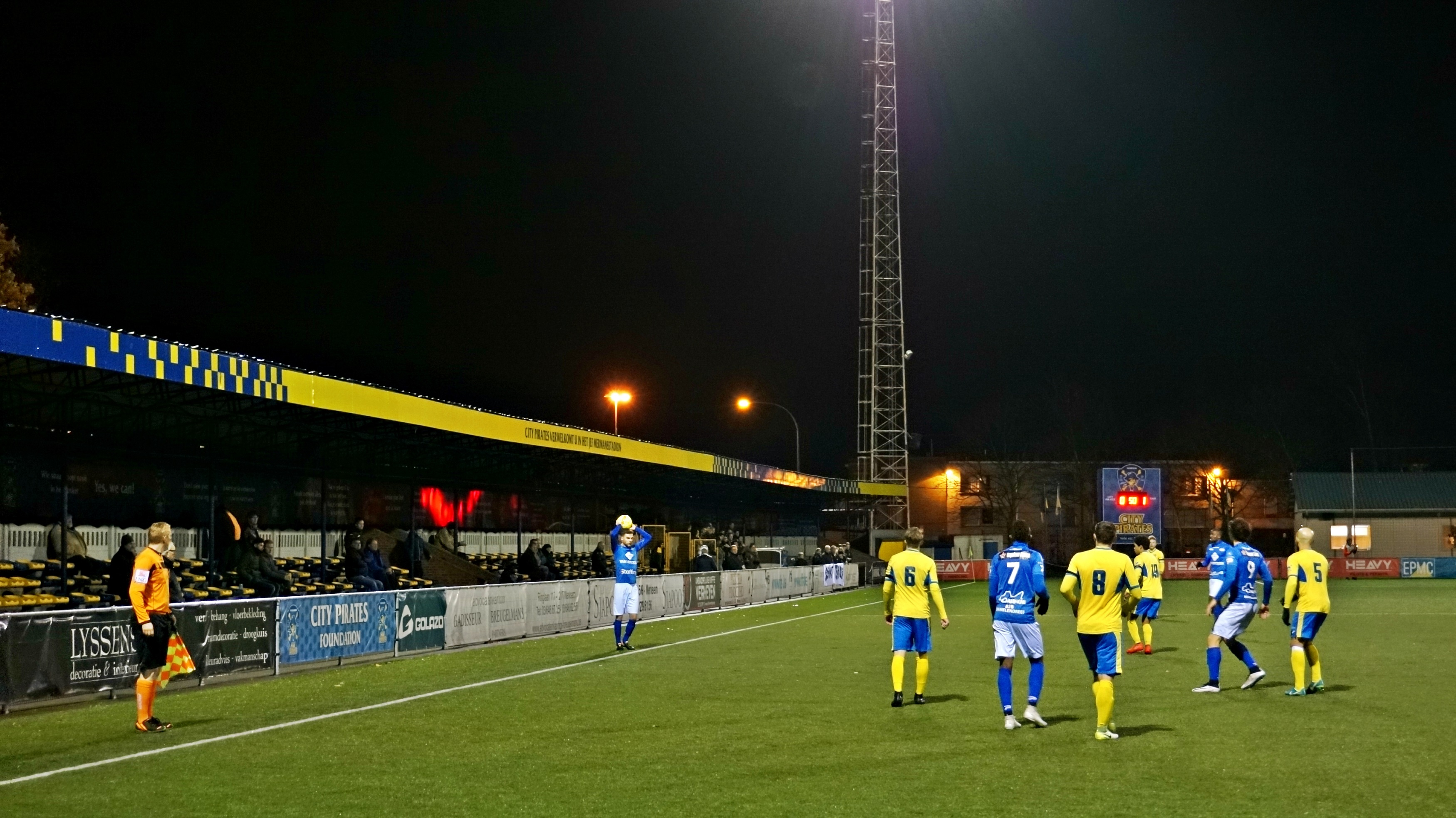 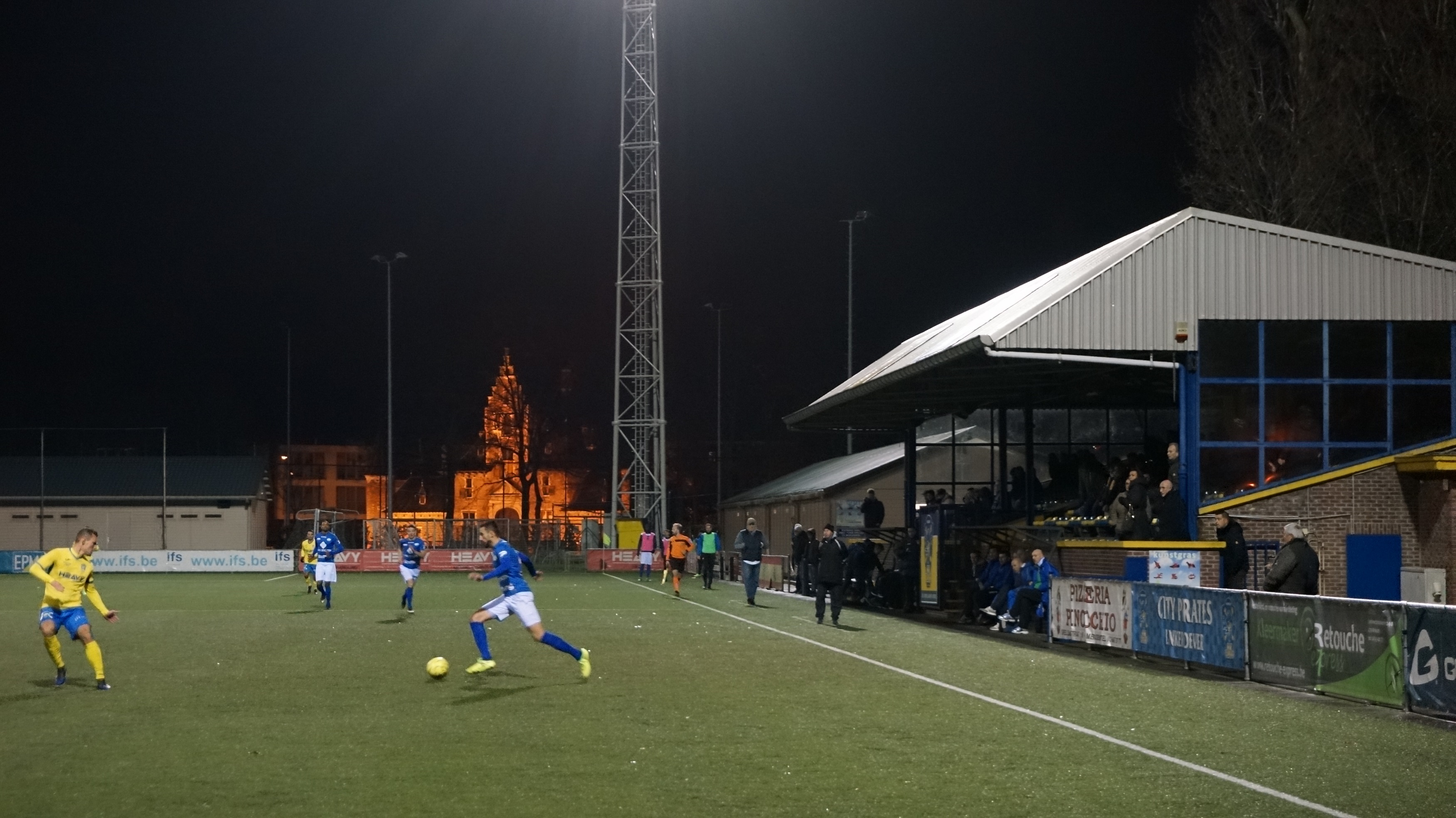 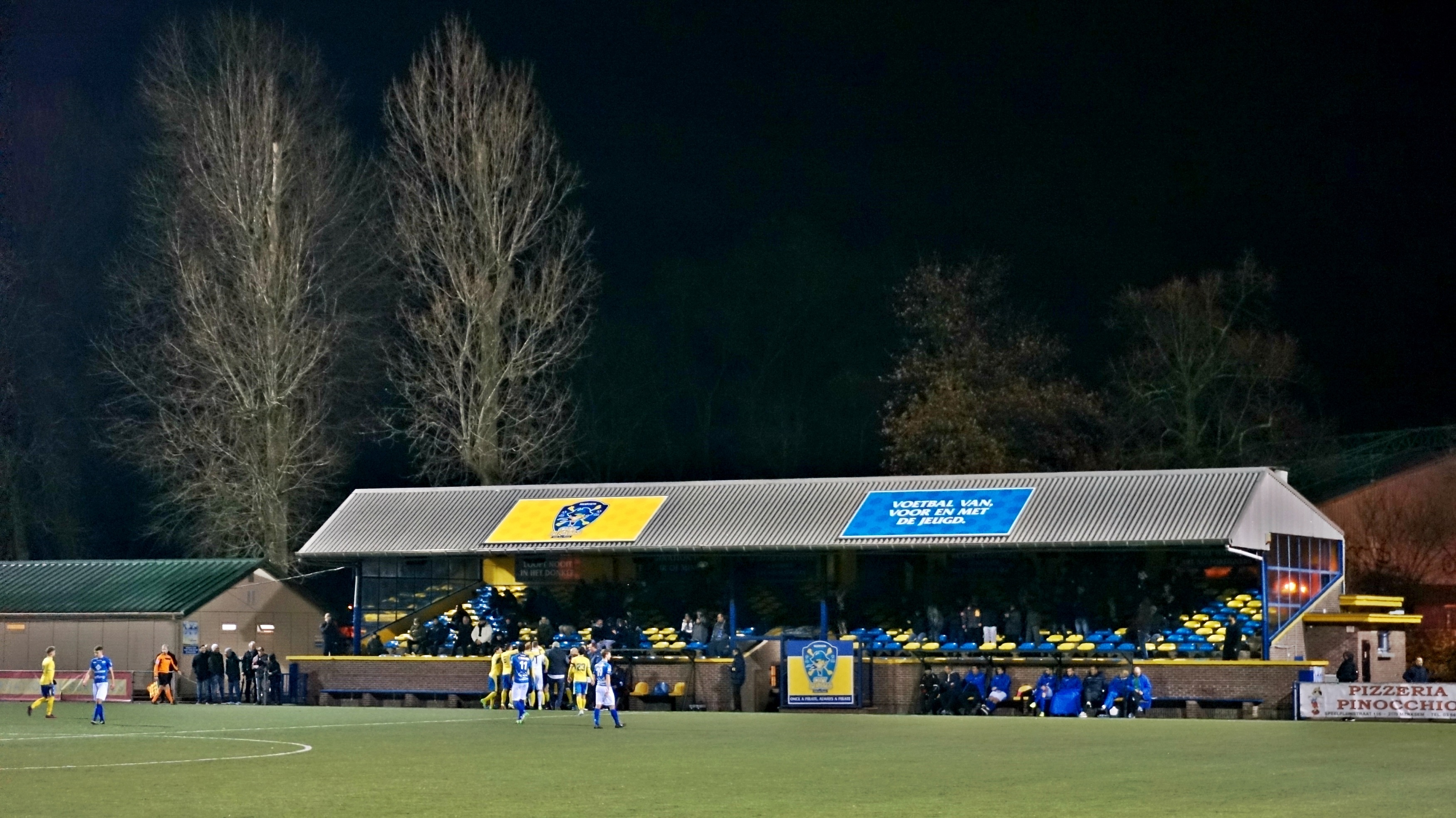 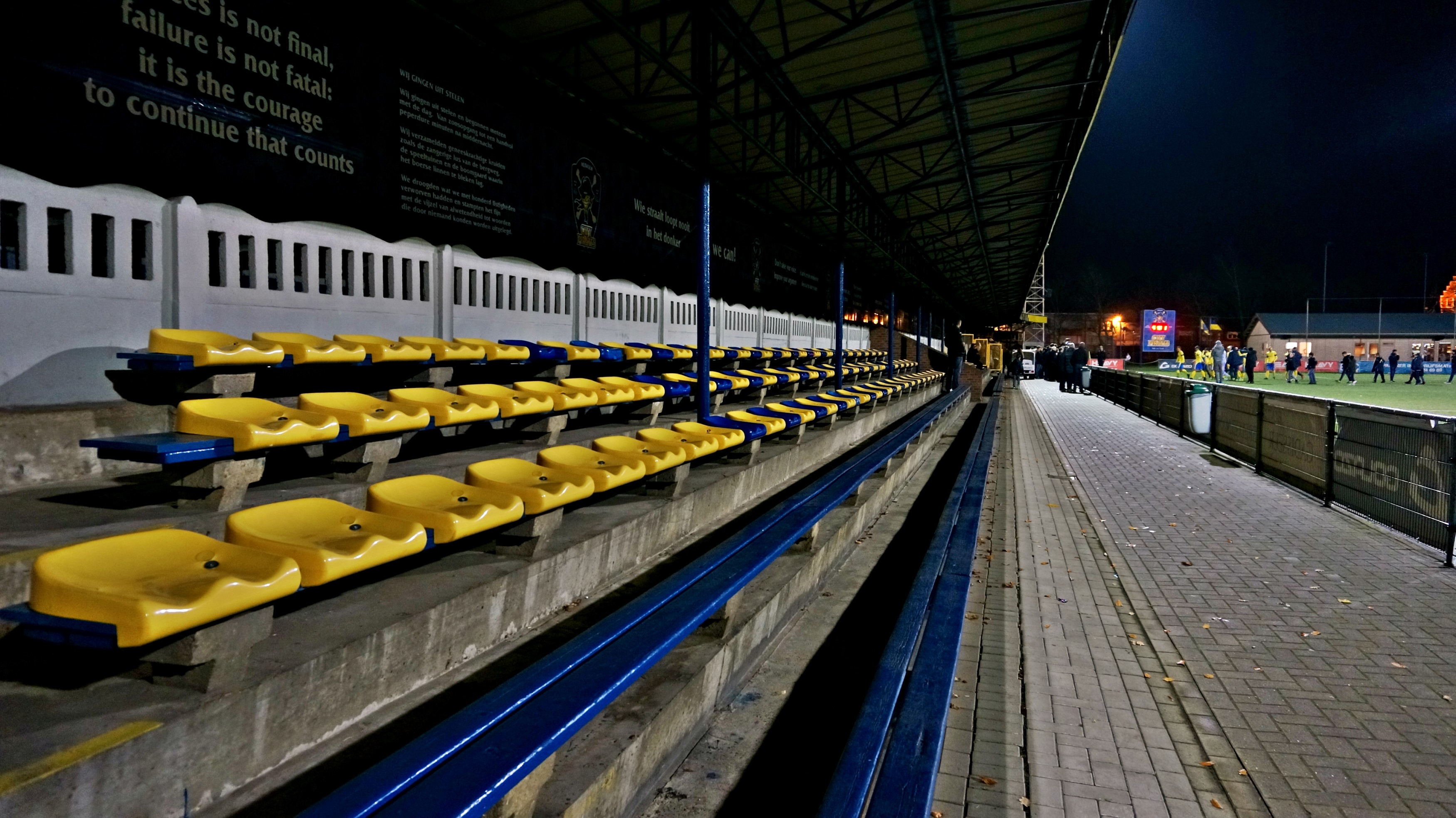 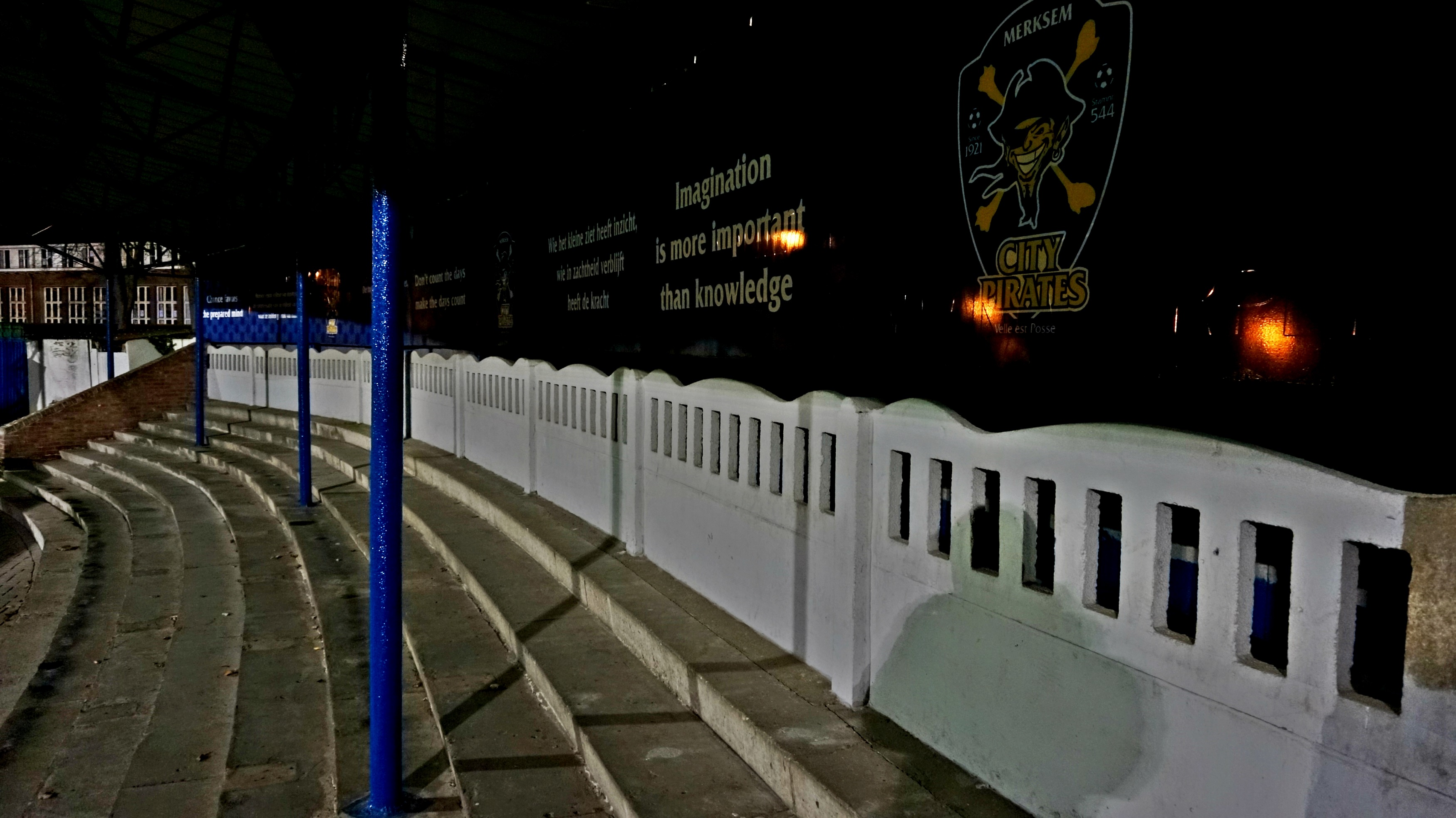