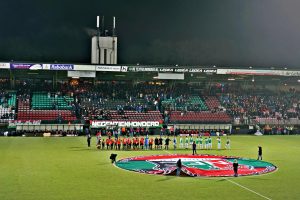 A Friday evening trip to Nijmegen, where I visited NEC against FC Dordrecht in the Gofferstadion. The ground was opened in 1939 with a game between De Zwaluwen and Olympique Lilois. The war caused a lot of damage at the ground but from 1945/46 the ground became the home of NEC. In 1949 the ground hosted the Dutch Supercup and in 1977 the Dutch cupfinal was held there and between 1975 and 1978 the Netherlands hosted 3 WC/EC qualification games. In 1968 the record attendance was set with a game between NEC and Ajax; 32.000. Nowadays the ground can hold 12.500 fans. NEC (Nijmeegse Eendracht Combinatie) was founded in 1910 and plays at the 2 highest tiers in Dutch football since 1965. The club reached the Dutch cupfinal 4 times and participated in 7 European campaignes.

In today's game against FC Dordrecht the visitors were absolutely nowhere. NEC scored the first goal in the opening minute and at the break they were already 3-0 up. Dense fog made it a bit more difficult to follow the game as the other side of the pitch was no longer good visible. After the break NEC kept on outplaying the visitors, scoring 3 more goals; 6-0. The atmosphere in the ground was very good and enjoyable. The location of the ground, in the middle of a parc is also beautiful. 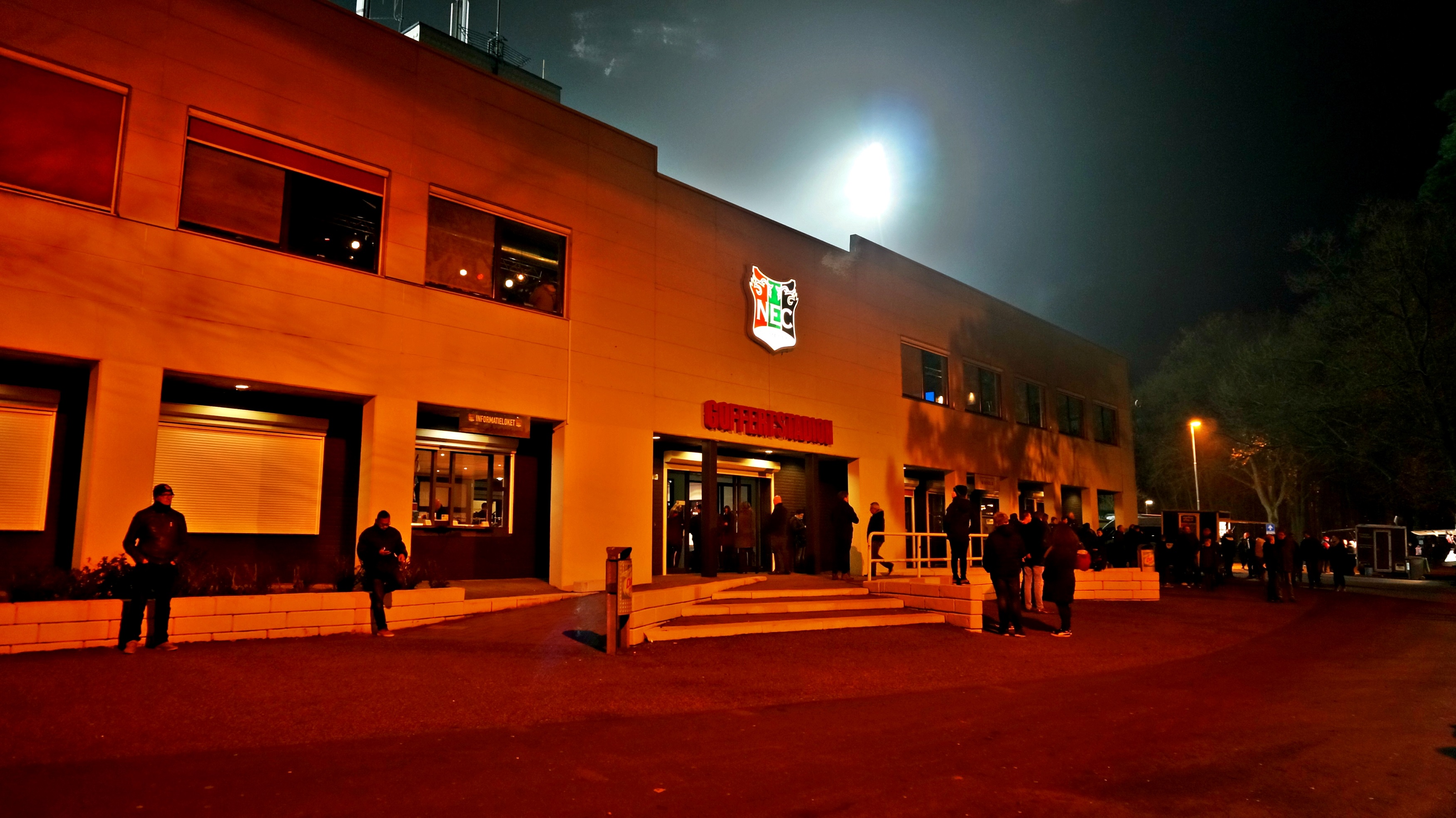 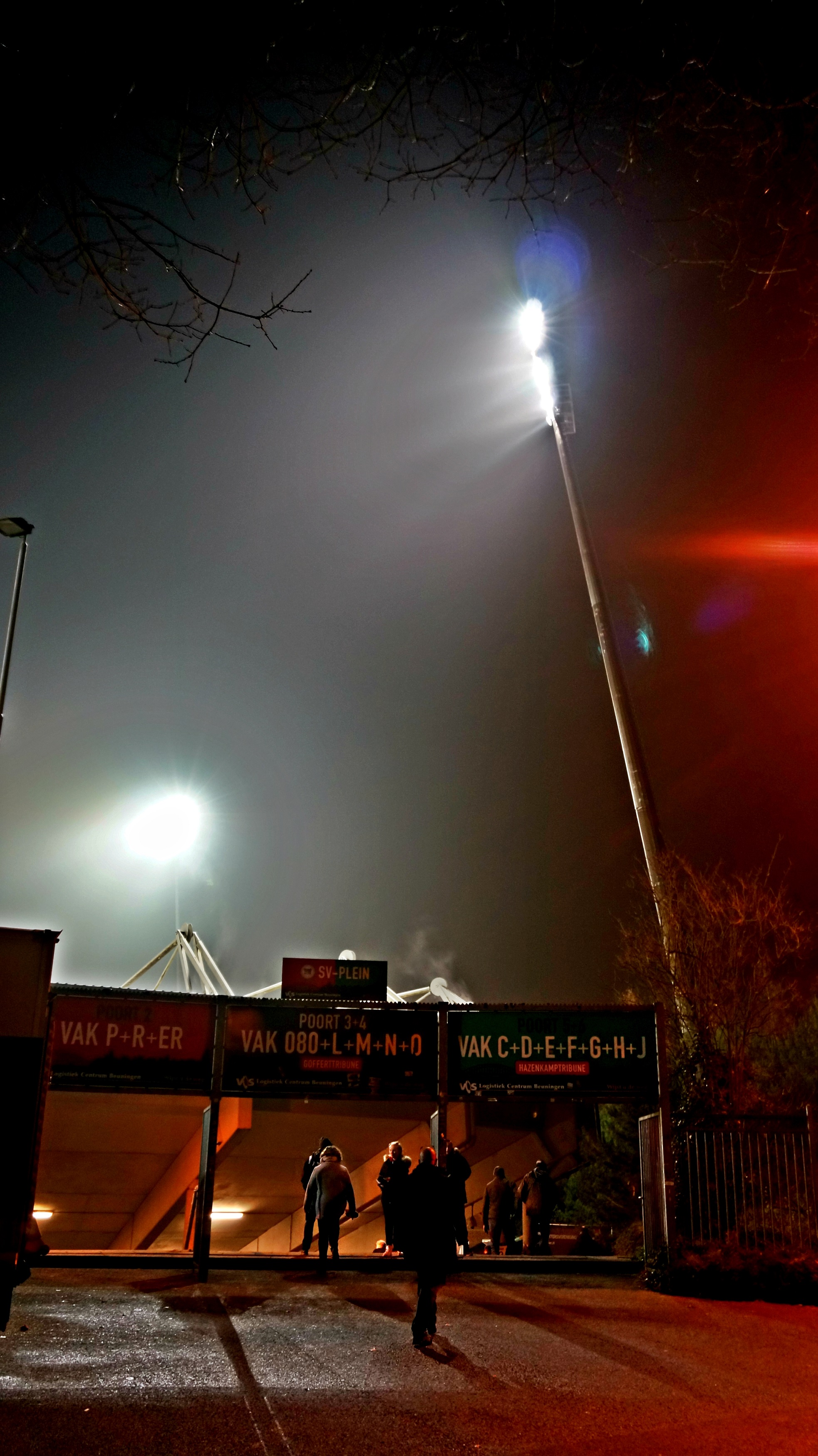 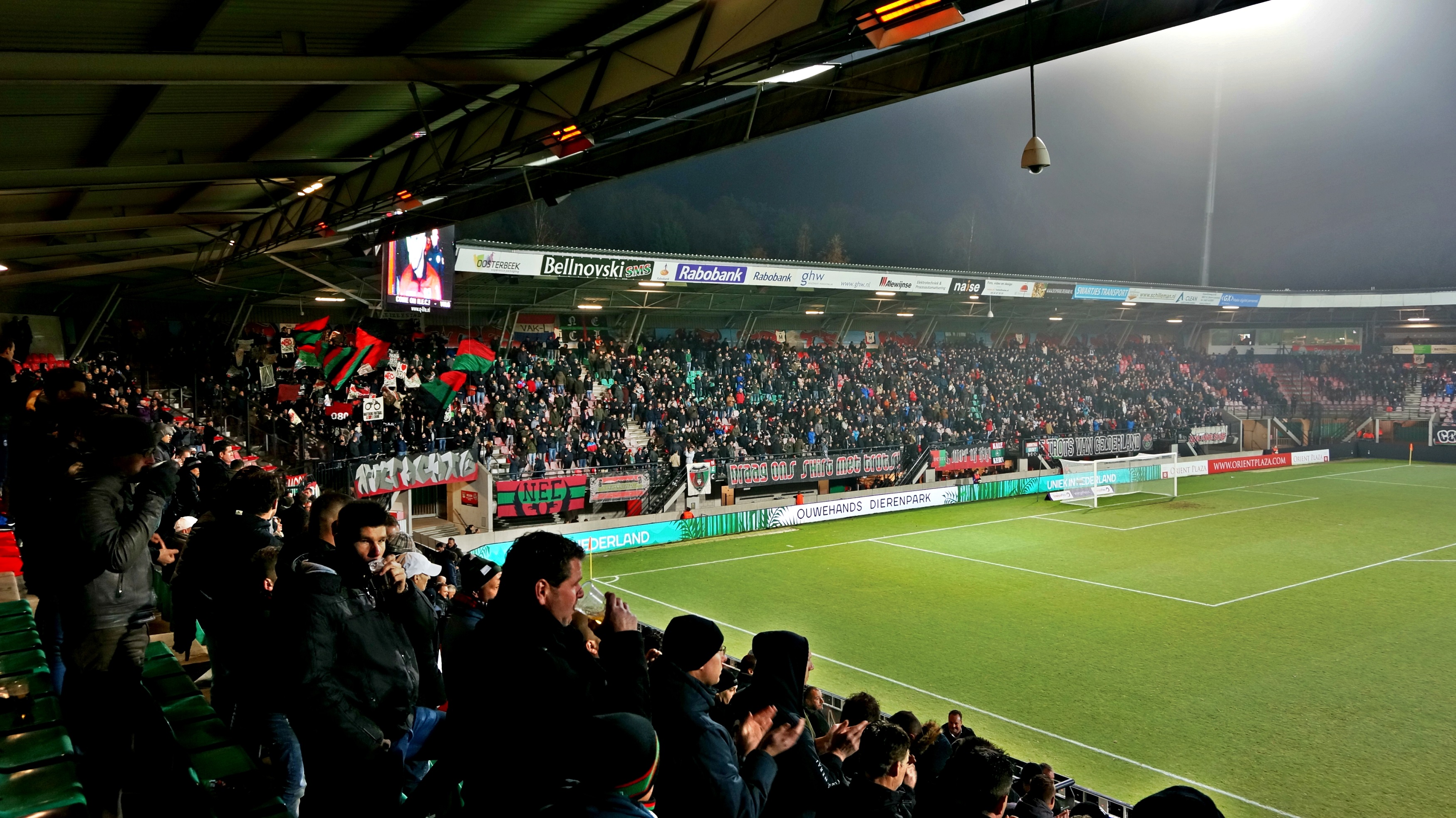 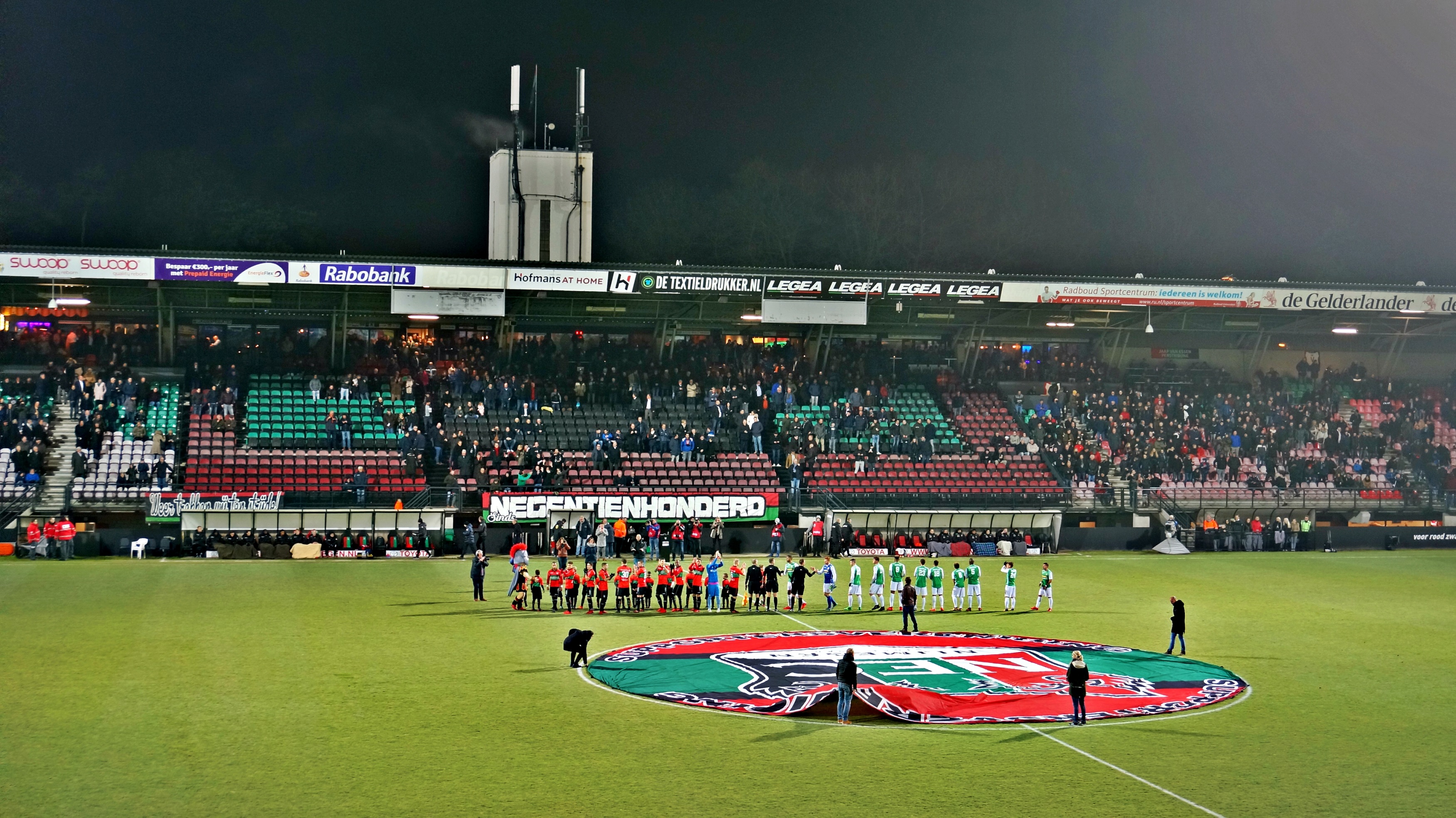 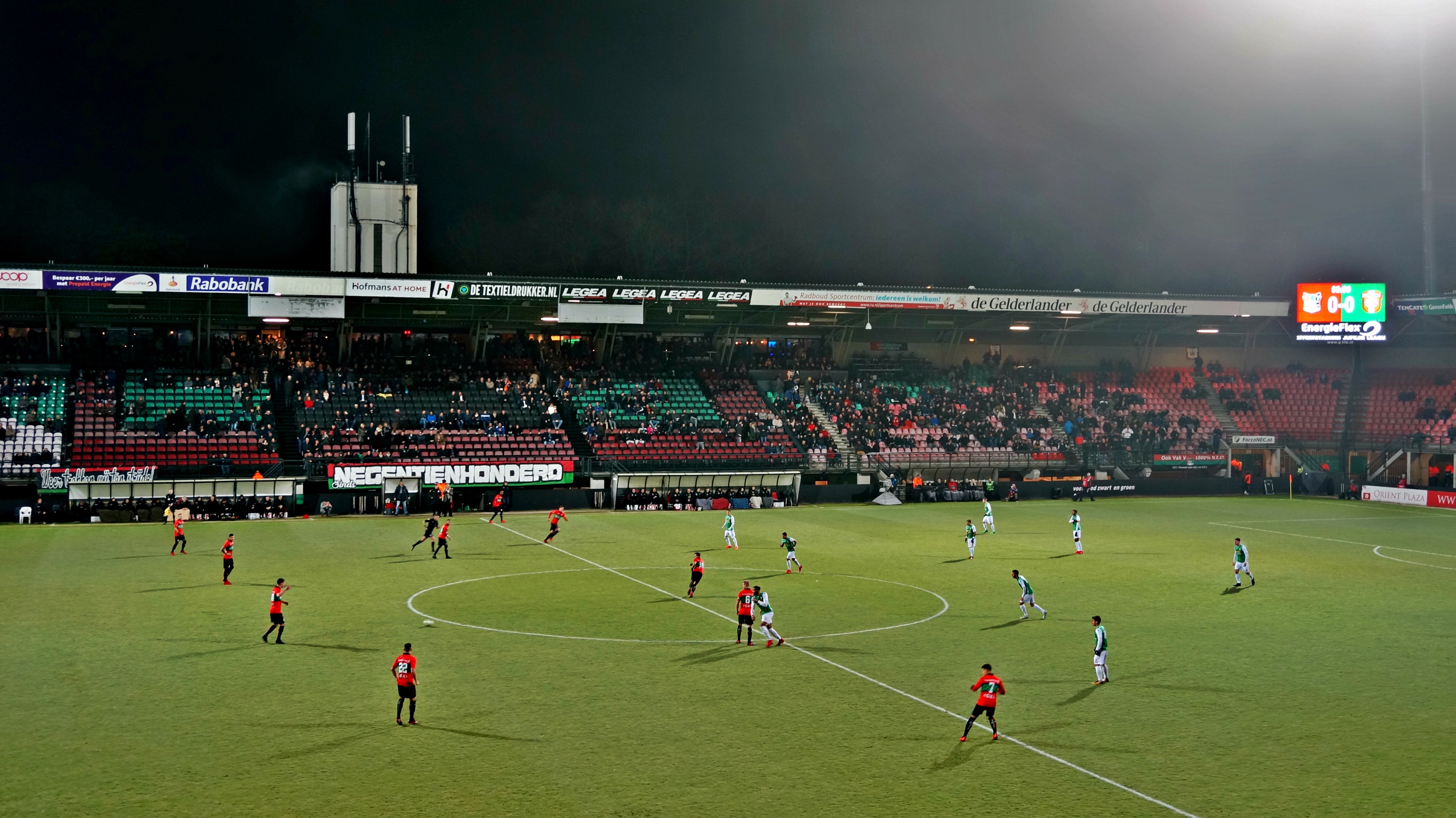 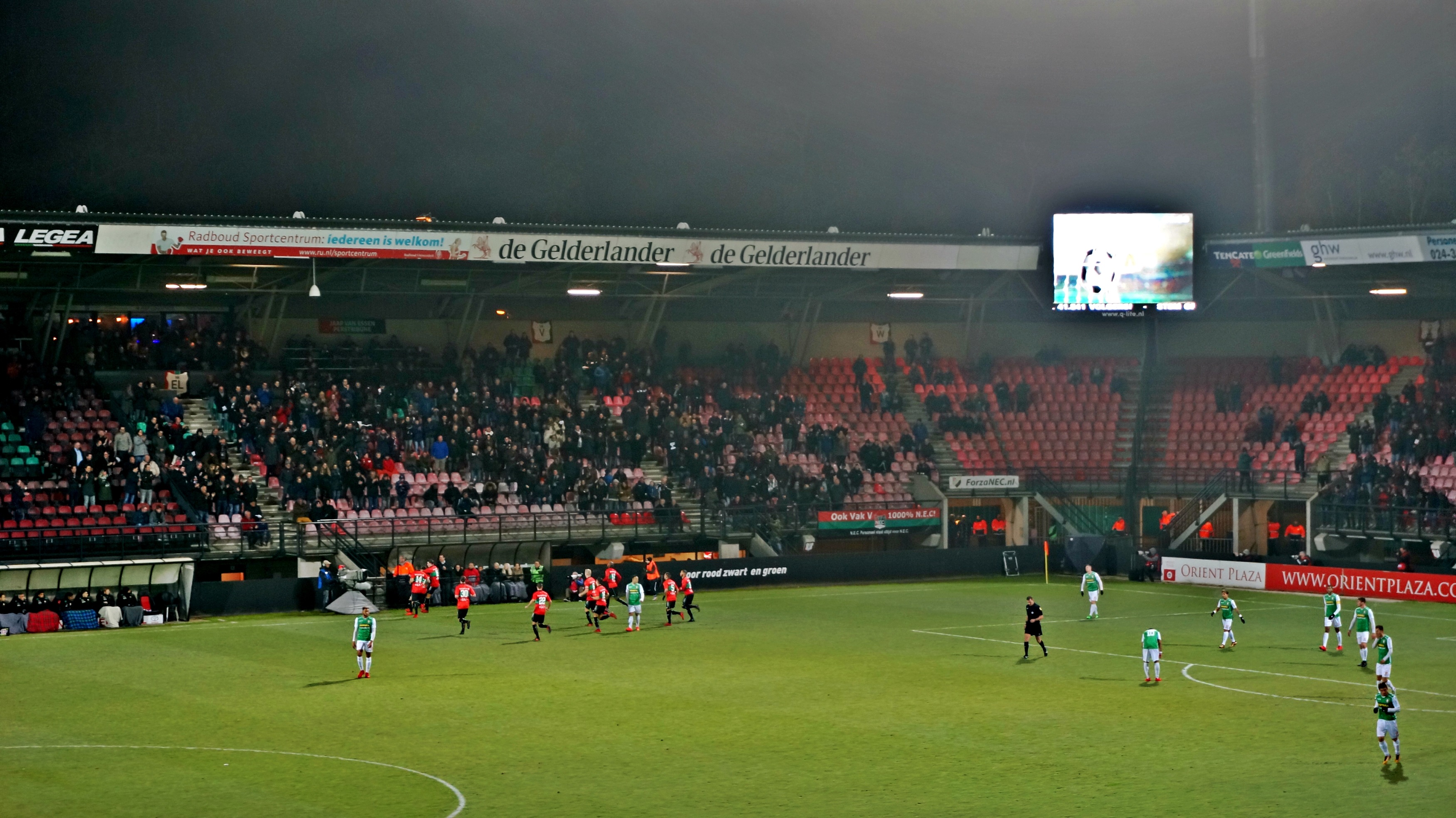 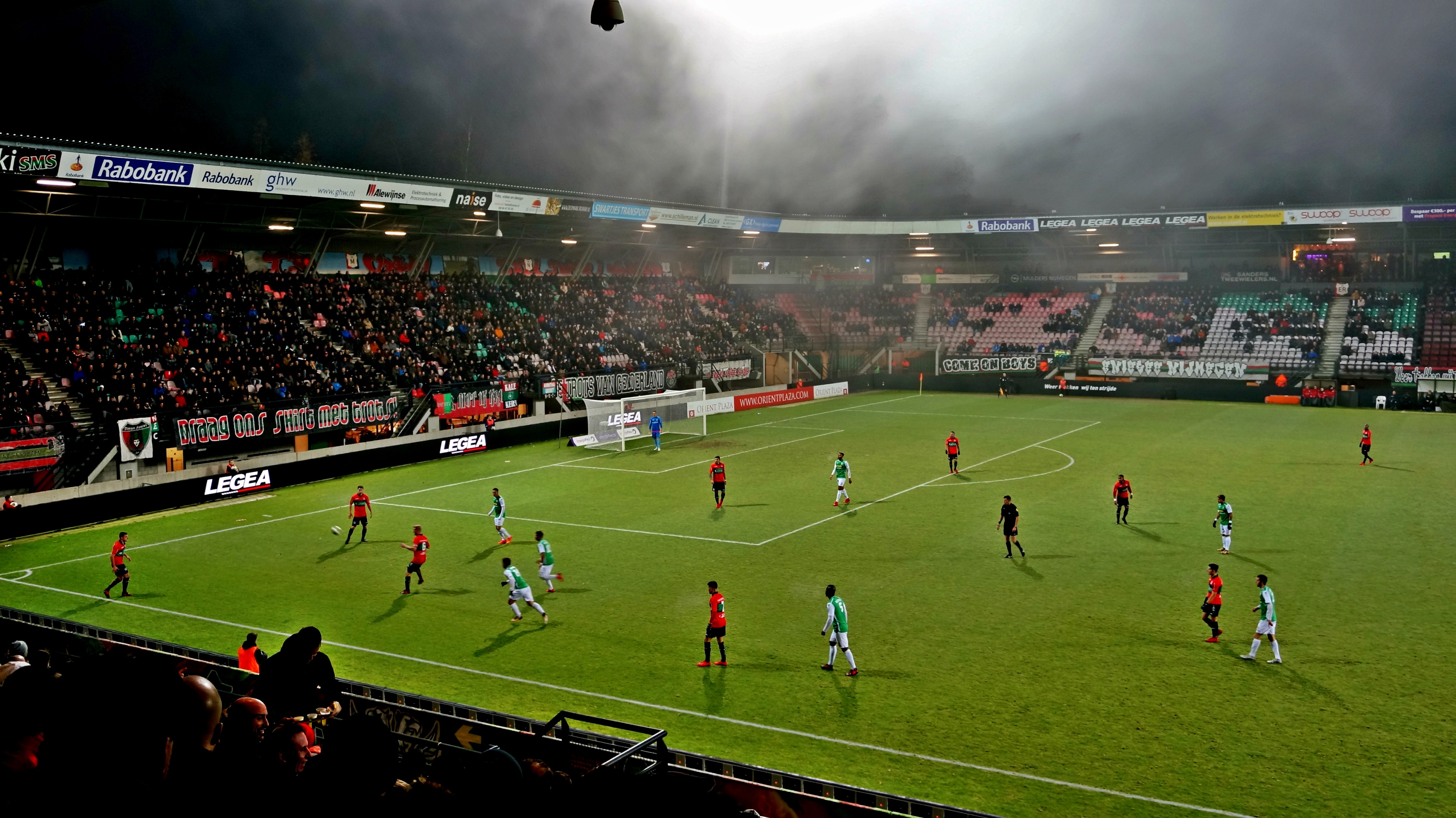 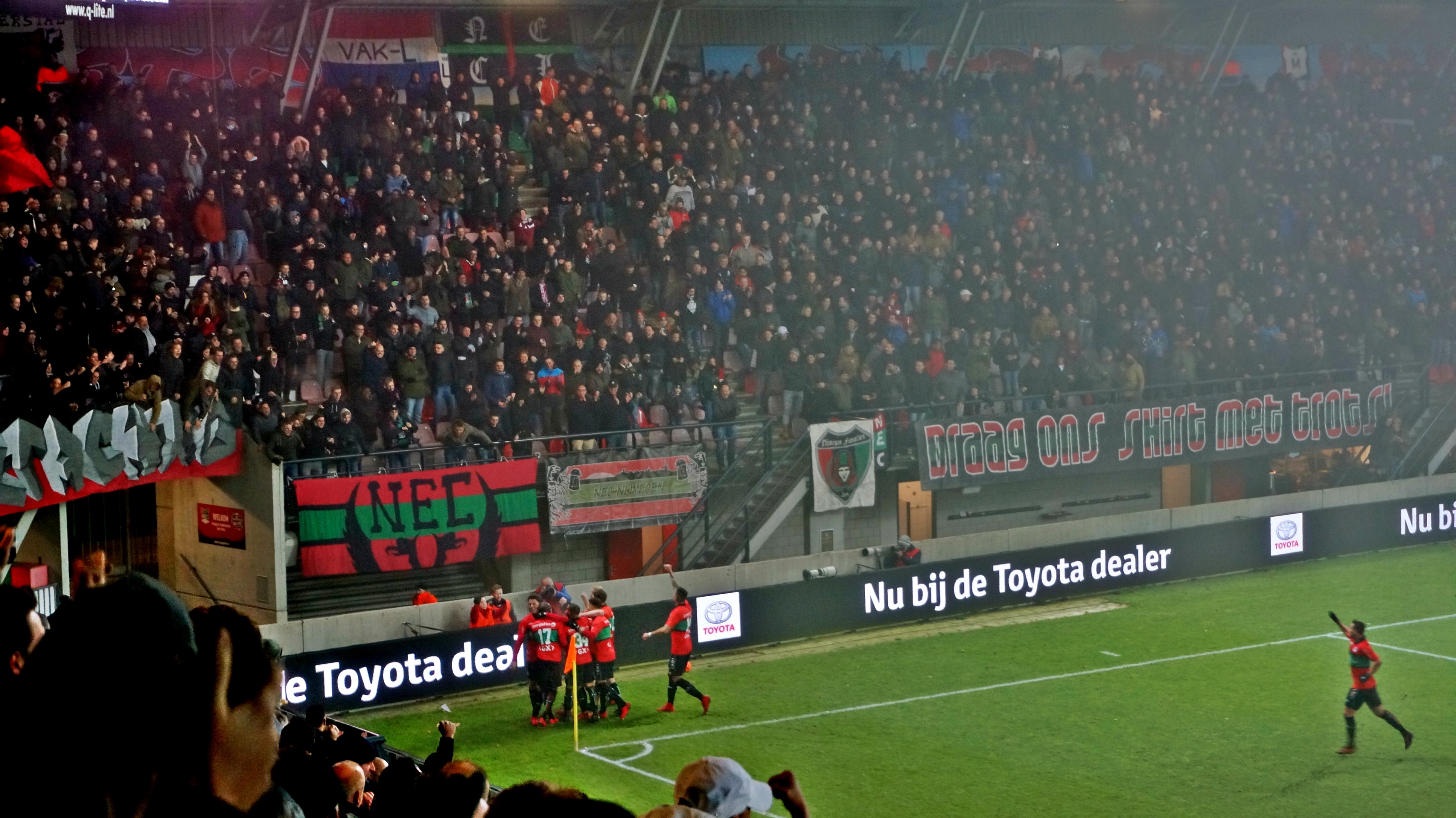 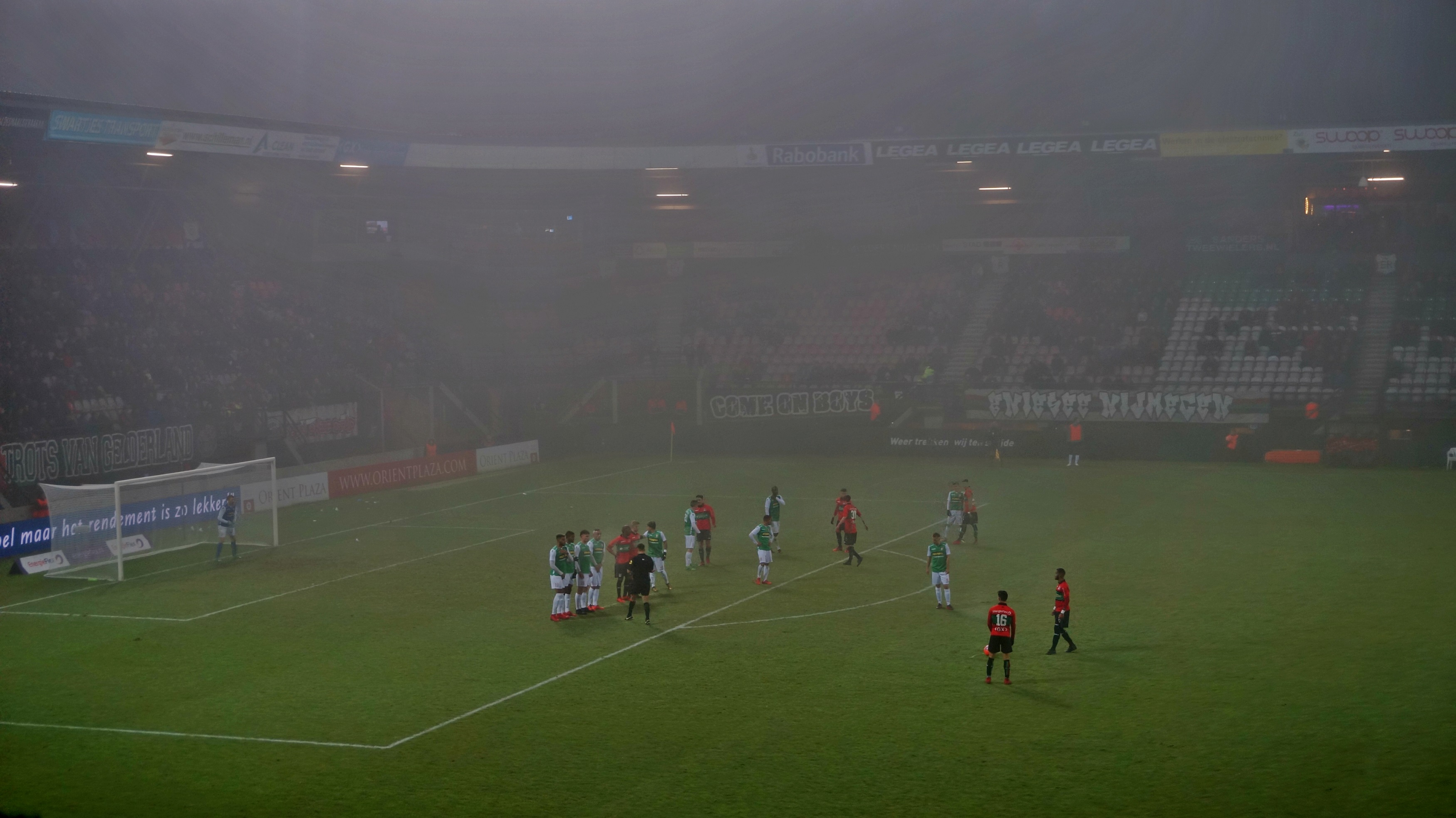