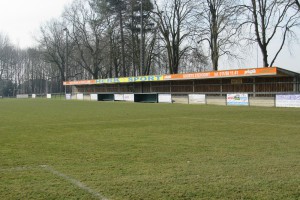 In their 1st season they finished in 2nd place just 1 point behind the winners, RCS Visétois. In their 2nd season they managed to end mid-table (8th position) before relegating in their 3th season as they ended 16th on 16 teams.

Since their relegation in 1998 the club has been playing between the 5th and 7th level. Nowadays they play in the 6th level but it's very certain they will relegate to the 7th level. (Read more under the league table)

As I said the club was found in 1956 and it actually still looks and feels the same. I haven't found many places as calm as this. The ground is situated close to the fields and is surrounded by trees and nature.

They have a nice wooden stand which doesn't look very old to me compared to their canteen, which looks as being from the 50's.

So all in all this ground is a very calm but beautiful place which is very well taken care off. A beautiful ground to visit when you are nearby Hasselt. 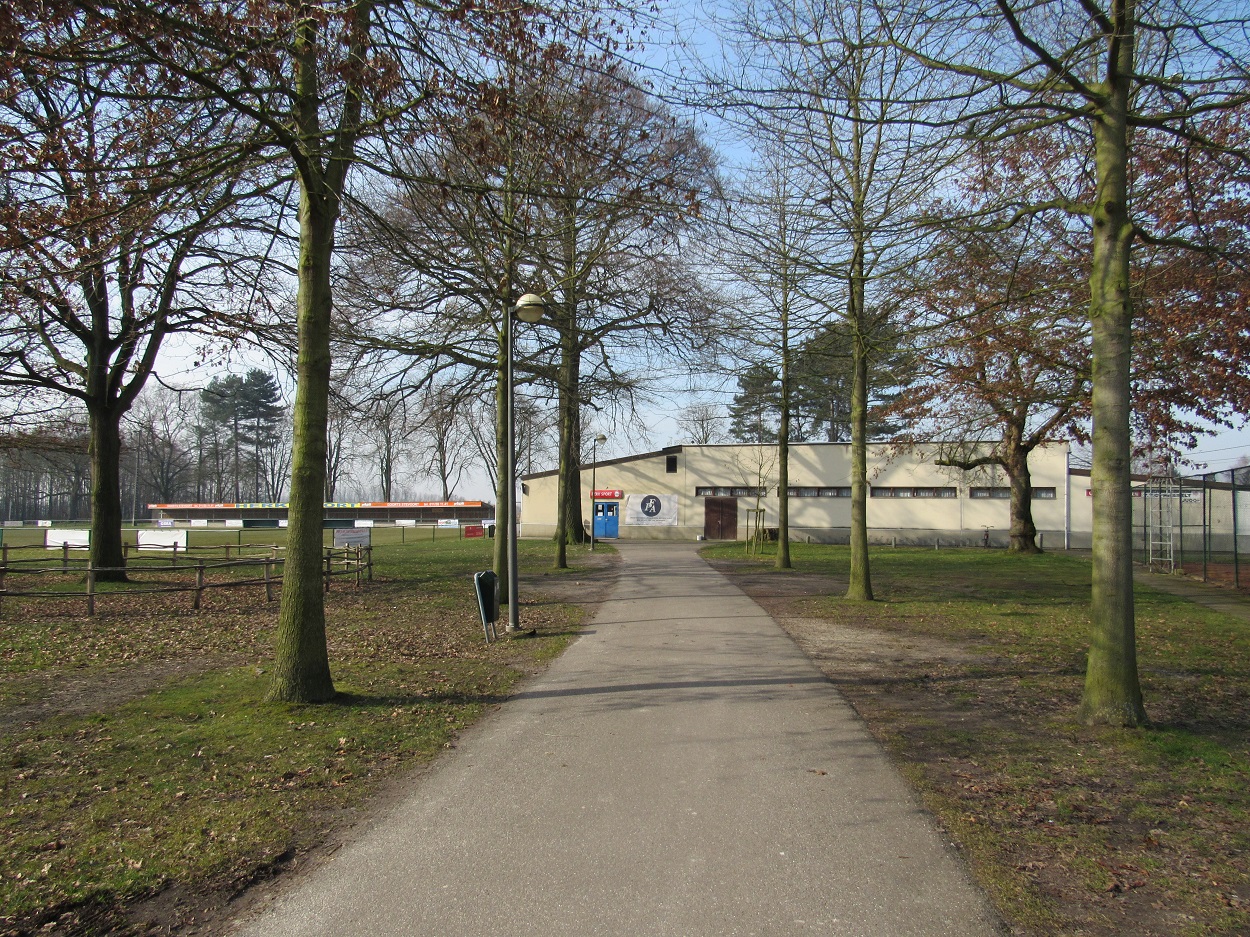 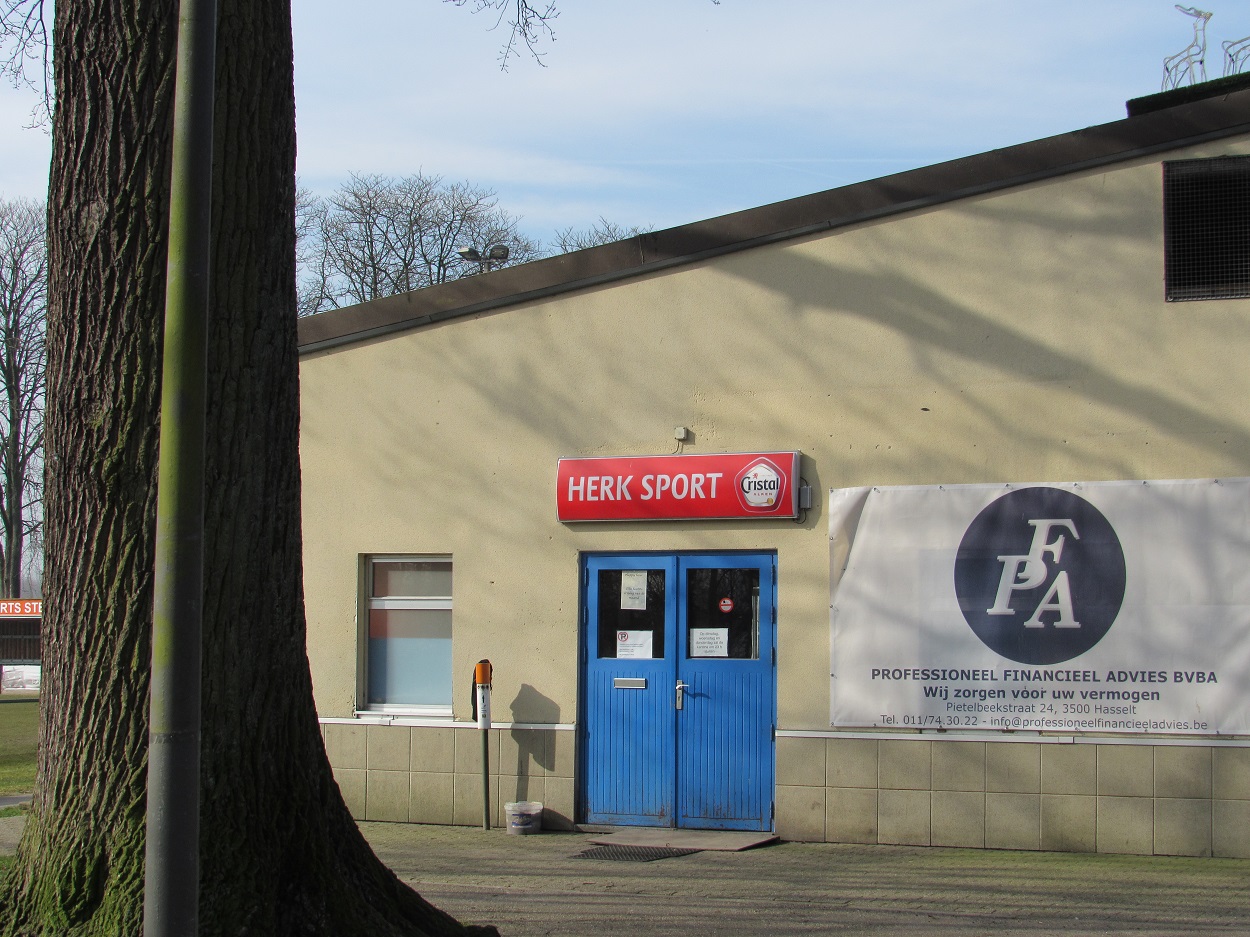 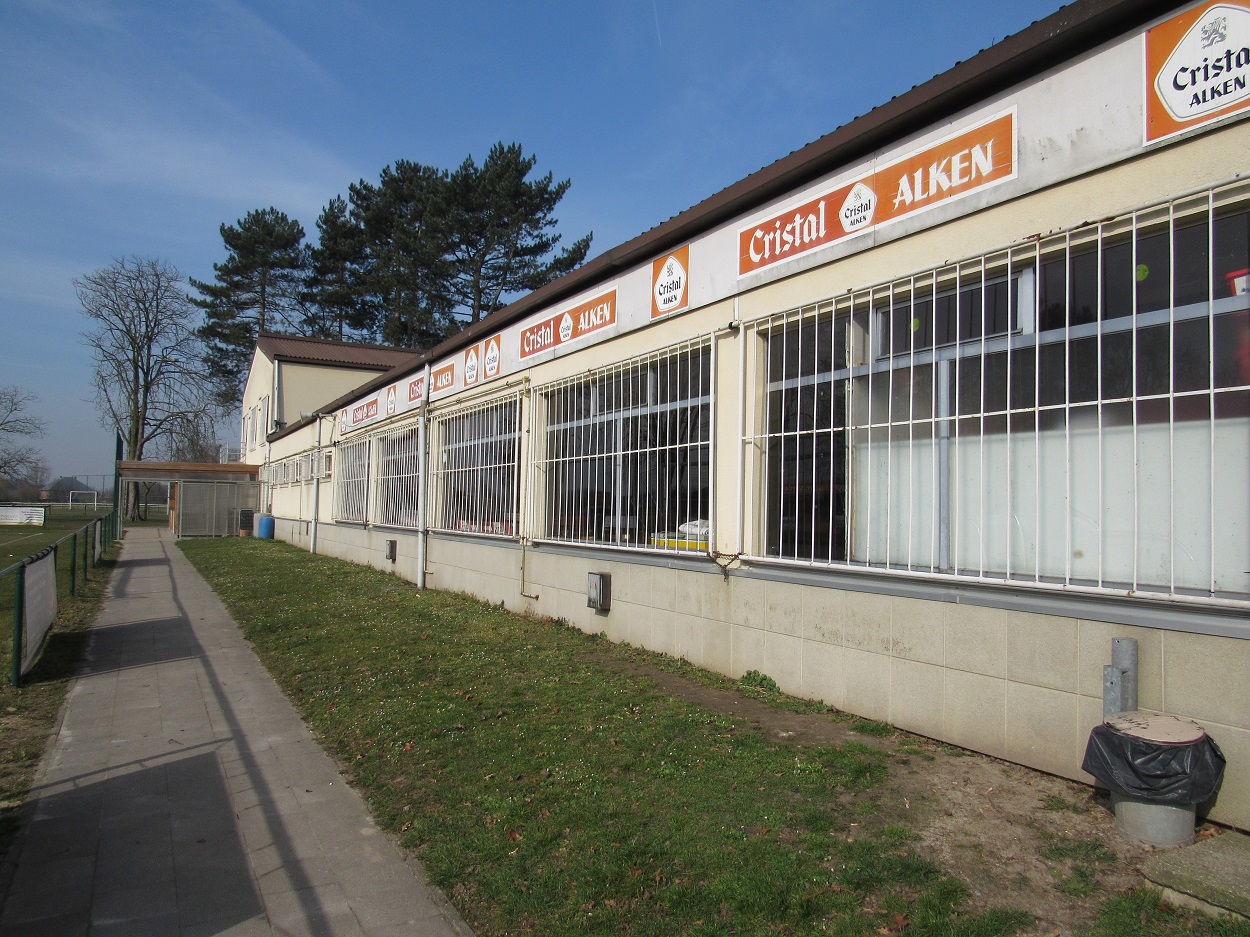 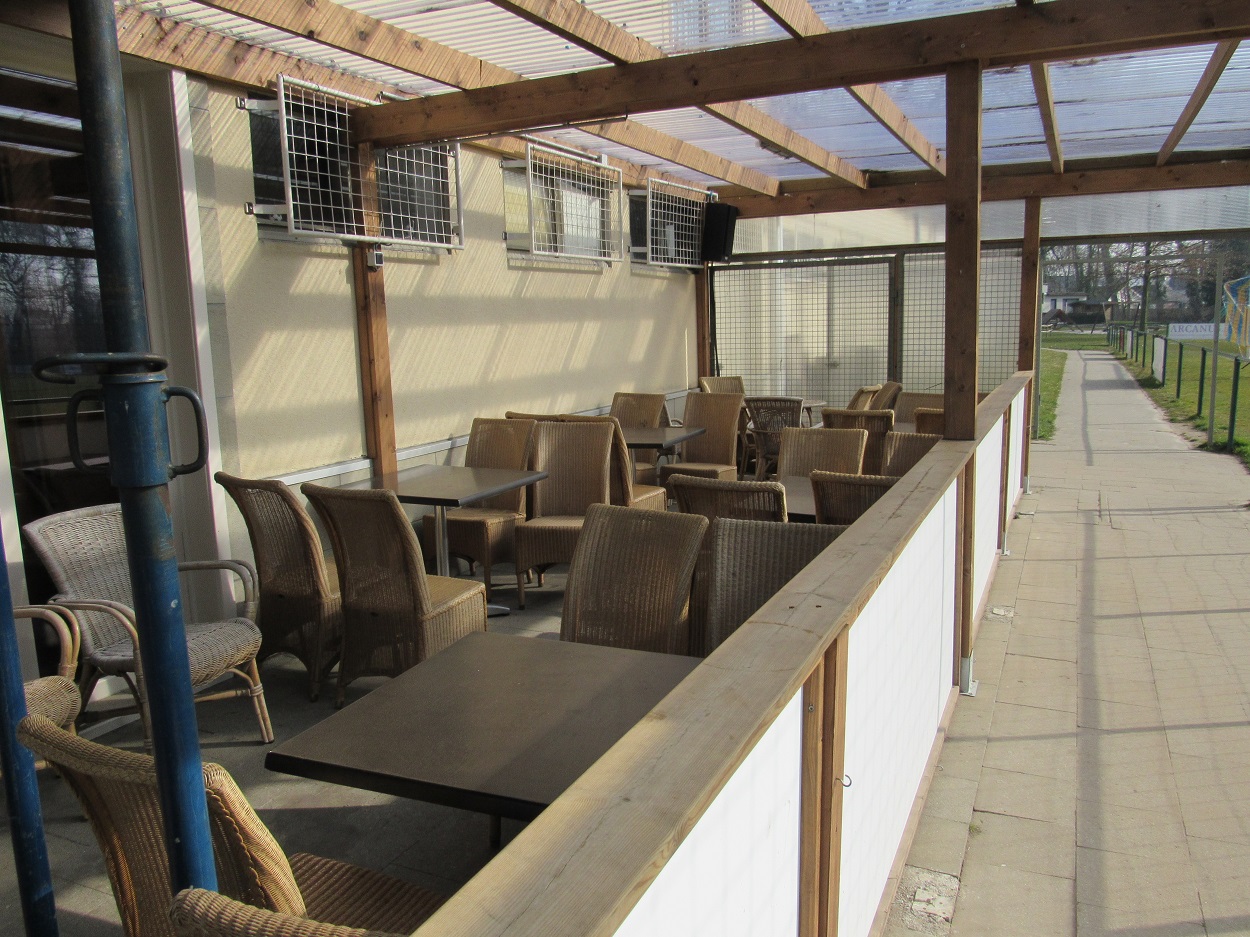 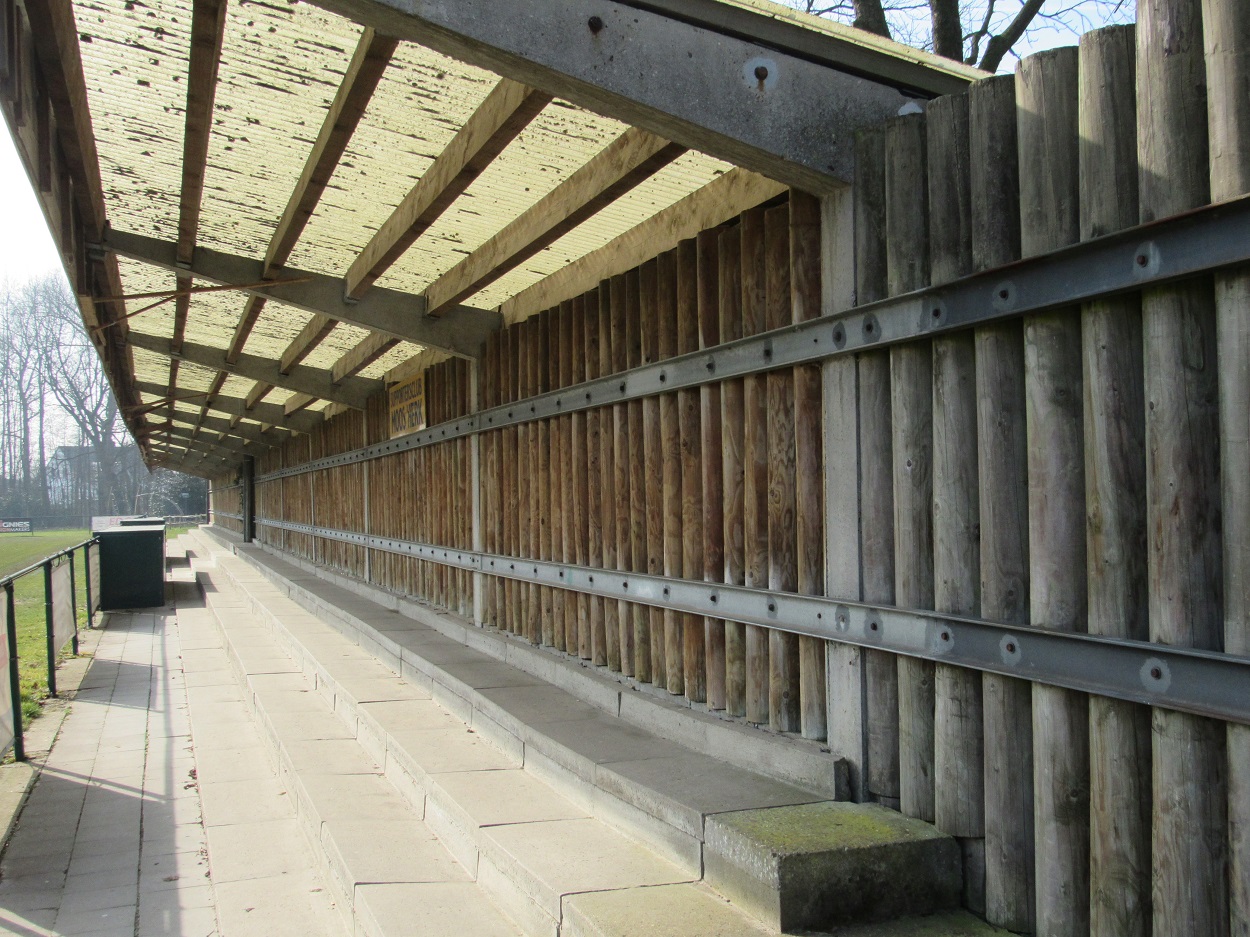 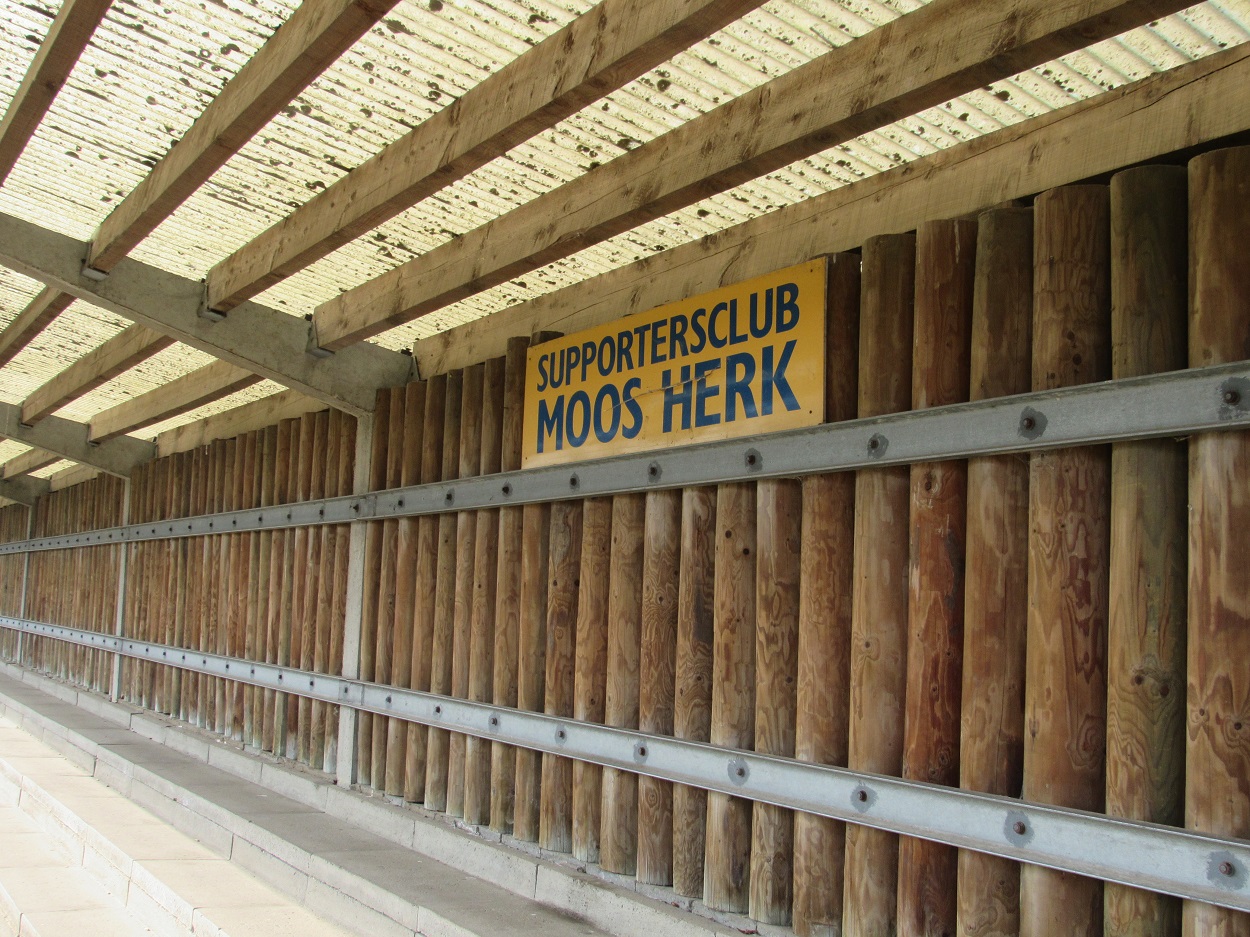 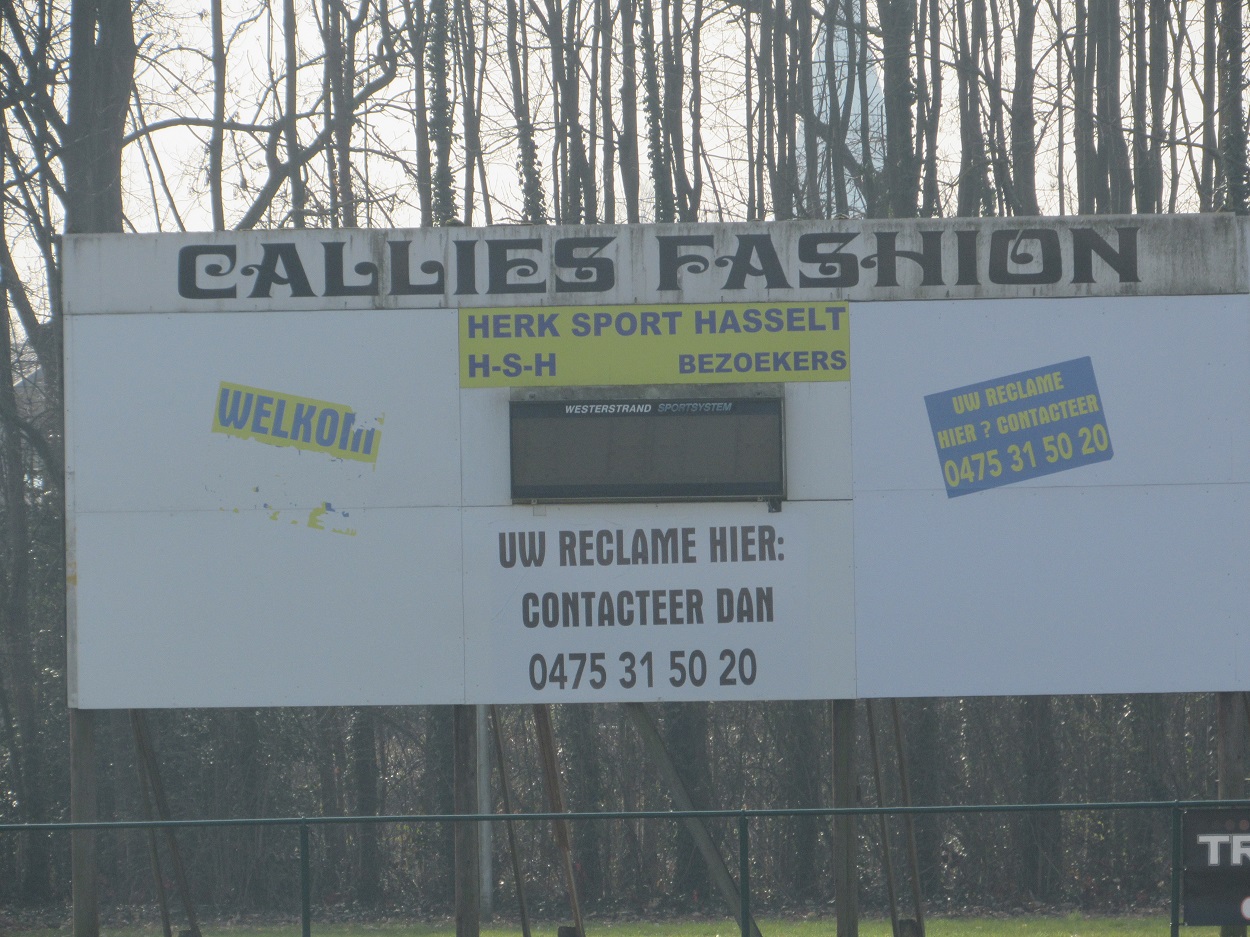 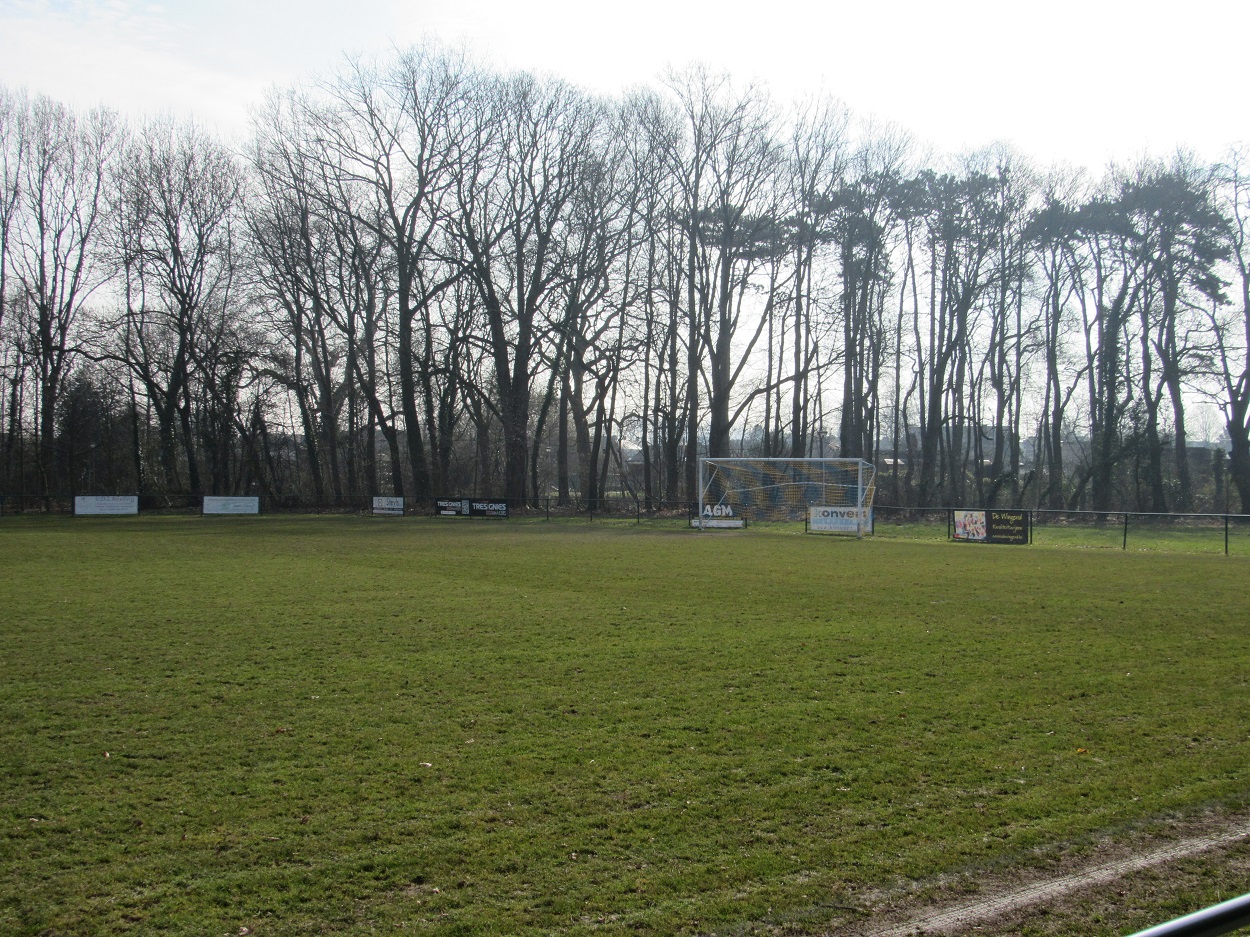 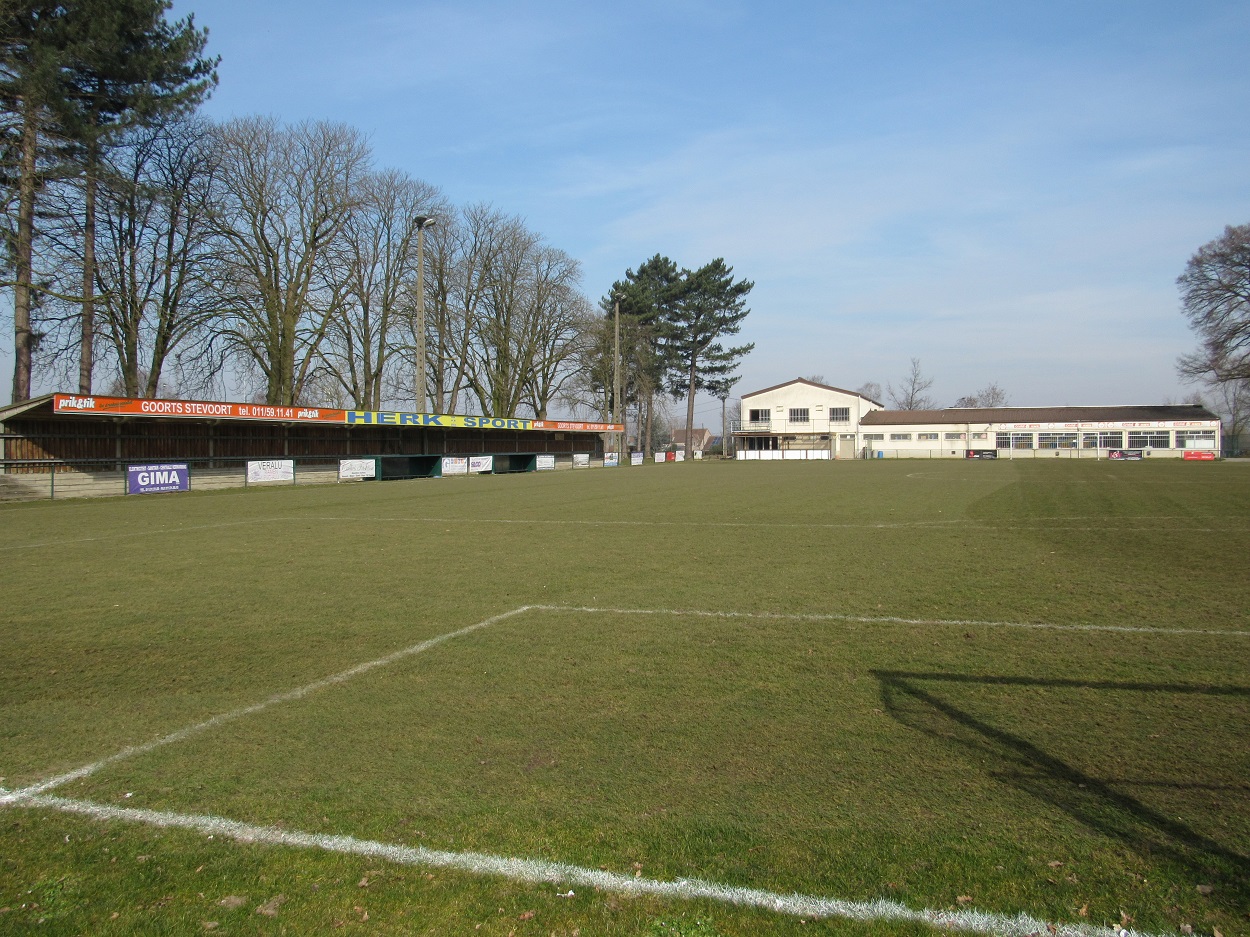 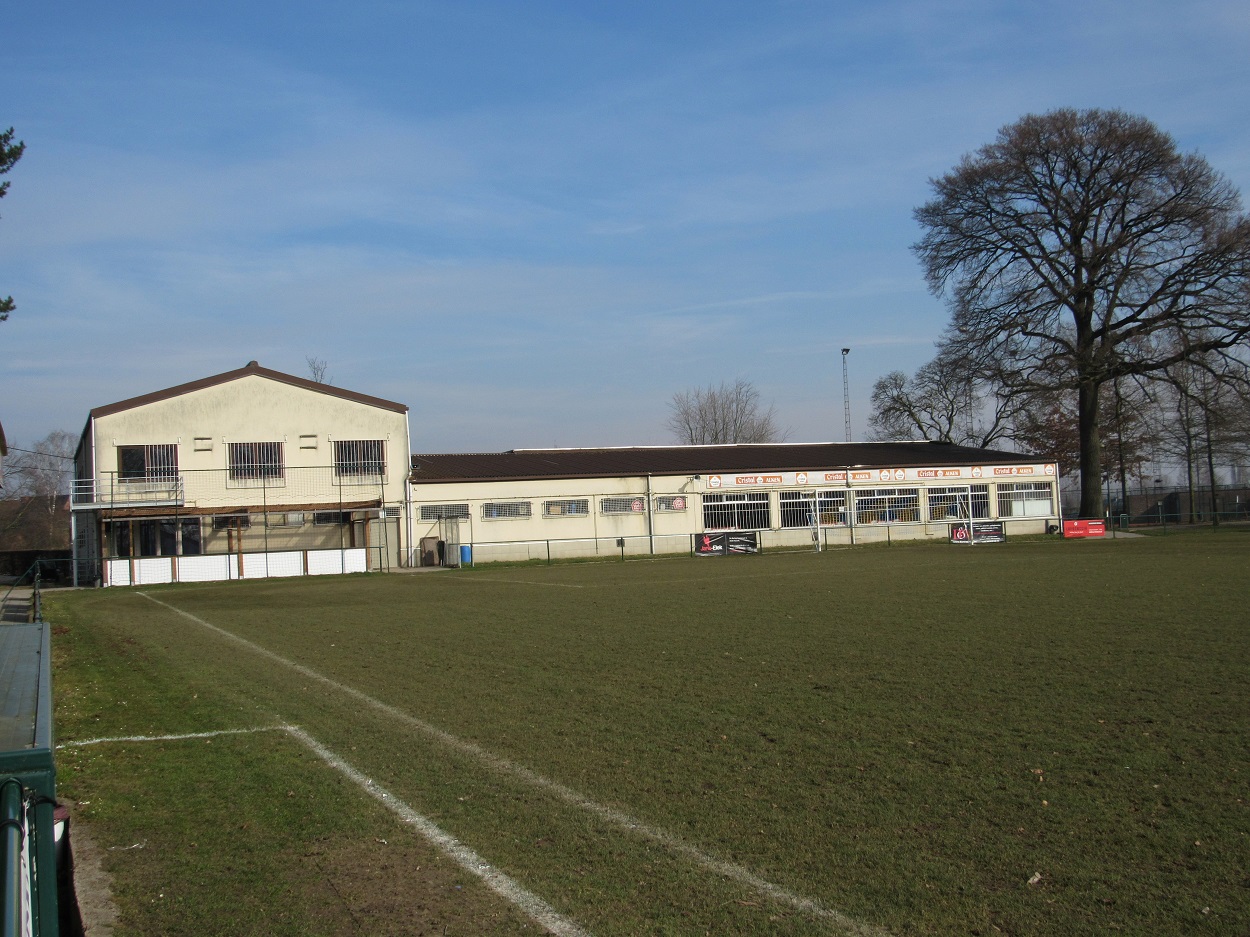 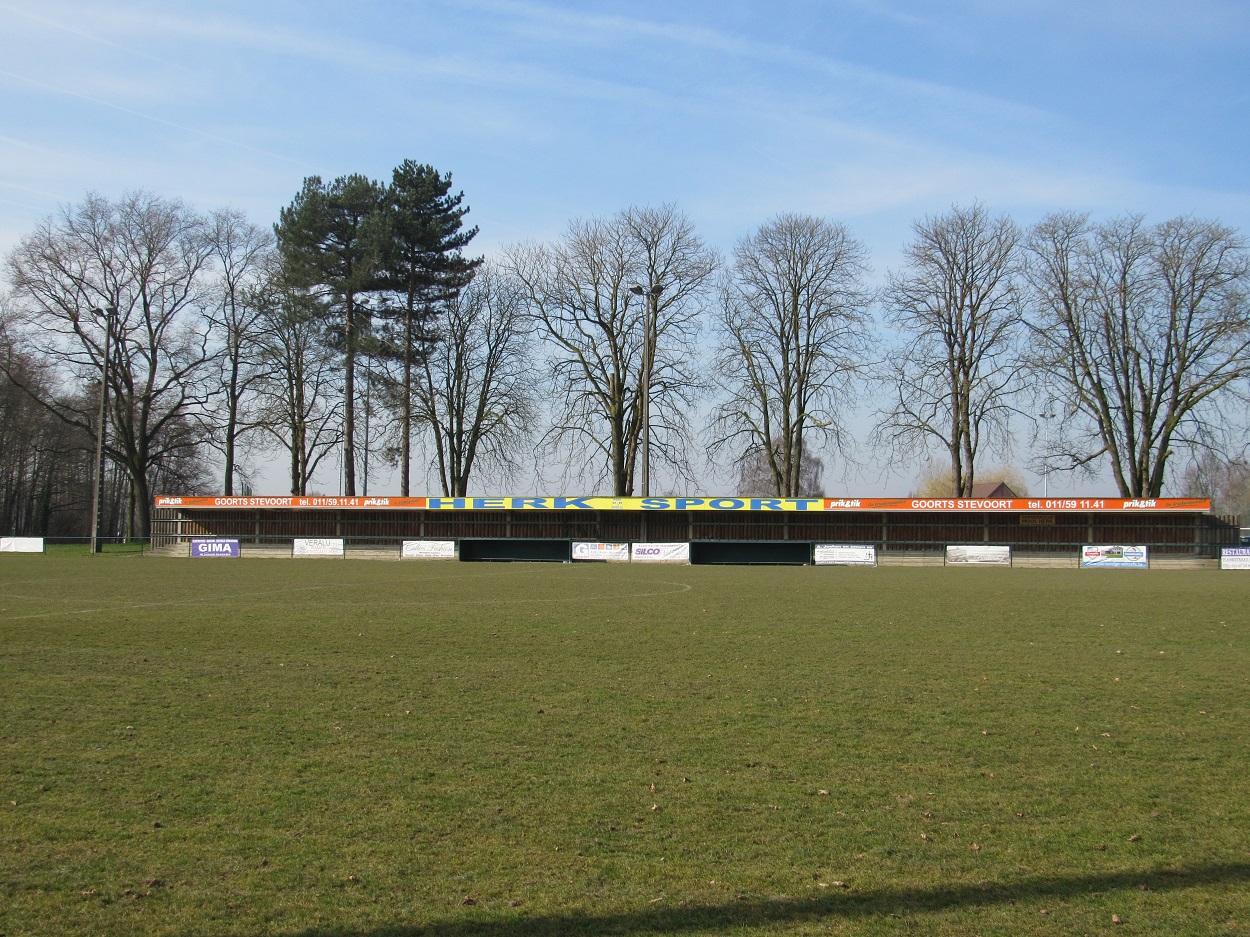 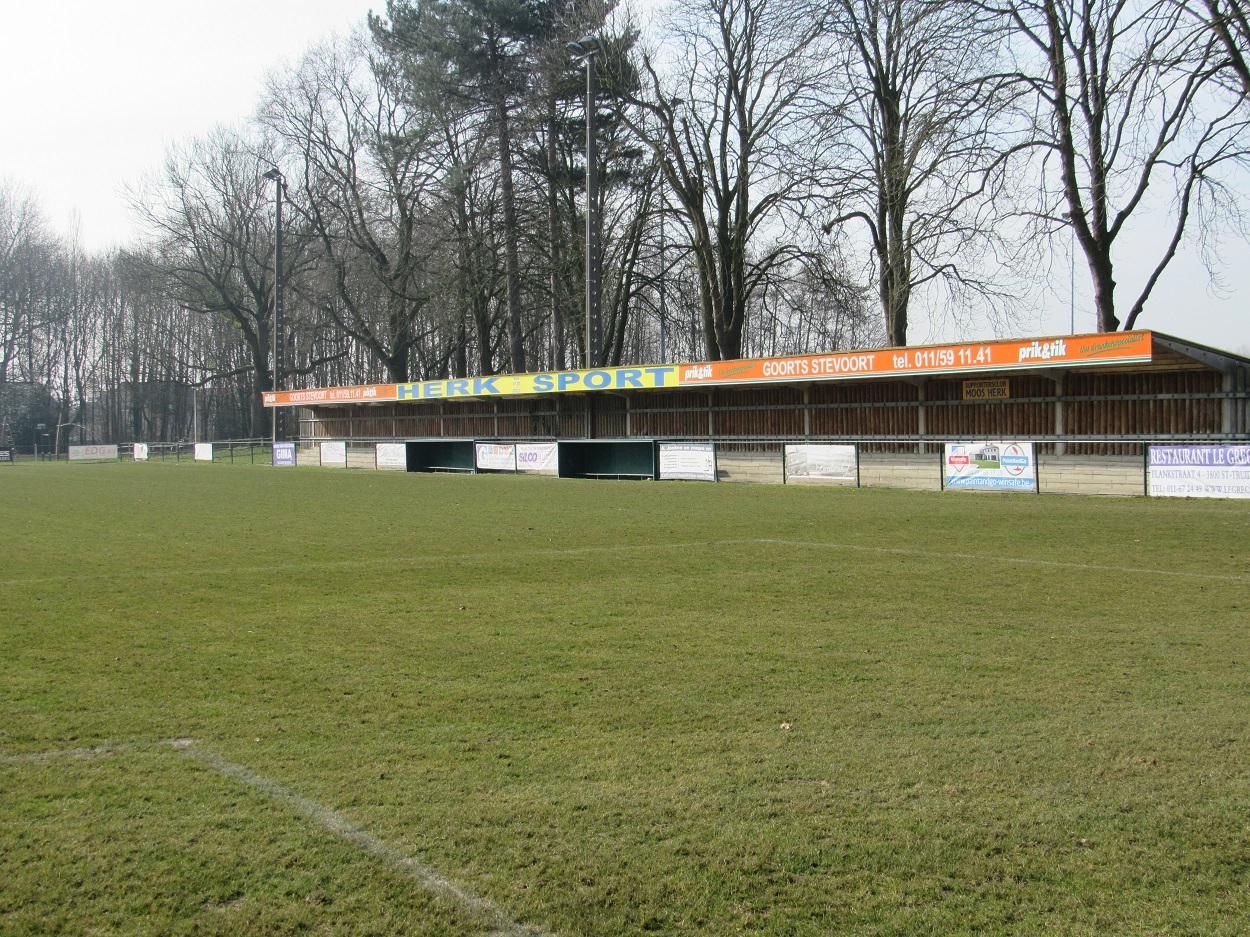