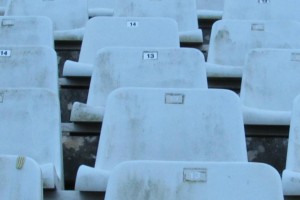 In June 2015 the Belgian National Study Commission approved the reformation of professional and amateur football. The involved clubs unanimously gave their permission for the reformation as well

In this blogpost I will try to explain the new regulations, which will come into force at the start of the 2016-2017 season. But keep in mind that some of these regulations may still change.

I will try to bright up the broad outlines of the reformation, the regulation of the new divisions and the way the competitions will be played including promotions and relegations at the national level and the amateur competitions.

Do you want to get informed about updates? Like the Facebookpage!

The outlines of the reformation

Belgian clubs must meet requirements to play football at the highest levels. The leagues where you need a license are:

The requirements clubs must meet:

- In this Leagues A and B all teams will play every team in their league at home and away, making it 10 games each.

The 2nd division (1B) consists of a championship being contested by eight clubs.
- These eight clubs playing a "double" competition, so two times 14 games.
- These 28 rounds will be divided into two periods of 14 matches.
- At the end of the season there is a play-off (with possible extra-time and penalties) between the winners of both championships periods. The winner of these play-off games will gain promotion to the 1st division.
- If one team wins both periods no play-off will be played because the team will gain automatic promotion.

Play-off 3:
There will also be played a Play-off 3 between (maximum) 4 clubs from the 2nd division. The loser of this competition will relegate to division 3, which is Amateur 1.
- The teams finishing in the last four places in the final standings of the championship (without taking into account the champions and the participants of play-off 2) will participate in play-off 3.
- Before the start of the play-off 3, the clubs get 50 percent of the number of points they had scored in the championship. If this is not an integer, it is rounded up.
- The (maximum) four teams play a mini-league of (up to) six races, (maximum) three home and away games.

- This league is similar to the previous 3rd national division, but there are only 16 clubs in play. (in the past: 2 leagues of 16-18 teams)
- The first in the final ranking of the competition, the champion, is NOT sure about promotion.
- At the end of the season (2016-2017) the first four in the standings will play a play-off (six games) with half of their earned points as a starting total.
- The winner of this play-off is the "Champion of Belgium Amateurvoetbal" and gains promotion (in case they have their license for professional football)
- After the regular season the last three teams from the final standings relegate to the Second Division Amateurs. (D2 Amateurs)
- The fourth last in the standings (#13) plays a final round with three clubs in the Second Division Amateurs.
- The winner of that final round gains promotion to (or remains in) the First Class Amateurs.

- In this division there are four leagues: two in Flanders and two in Wallonia.
- Each of the four league has 16 clubs, a total of 64.
- In this league there is a periodic championship as well (the winner of the competition every 10 games, so 3 times in a championship).
- The champions of each of the three leagues will gain promotion to the Second Division Amateurs (D2 Amateurs) if they have their license.
- The four teams (two Flemish and Walloon two) to finish second in their divisions, plus the twelve periodic champions, a total of 16 teams, play a final round for promotion to the Second Division Amateurs (D2 Amateurs).
- Depending on the number of 'Flemish' losers from the First Amateur (D1 Amateur) there may be some extra promotion places.
- The last three clubs from each division relegates directly to the provincial series, twelve teams total.
- The number 13 can relegate as well but this depends on the number of "Flemish" teams relegating from the Second Division Amateur (D2 Amateur).

- The champion of the 1st provincial department of each province gains promotion to 3rd class amateurs.

I don't know where the Belgian FA will find the 9 other teams, but they will be in th 3th division by the start of the new season...