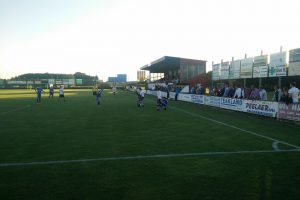 The 2nd game today was another Croky Cup game only 10 minutes away from the previous one, KAC Betekom - RCS Brainois.

In the past (1989/1990) Aarschot managed to reach the 1/8 final only to be beaten by their neighbours from KTH Diest. After the club reached the 3th division in 1989, it only went backwards for the club and in 2007 the club went bankrupt. The next season 2 members of their fanclub decided to start a new club in the lowest division of Belgian football and nowadays the club already promoted twice.

So today also was a special day for them as they played their first game in the Belgian Cup "De Crocky Cup", against KOVC Sterrebeek, 5th division, while SC Aarschot play in the 7th division.

"Het Laakstadion" is a beautiful ground with a very nice stand and the fans try to create some good atmosphere during the game. I can only recommend everybody to visit this beautiful place. 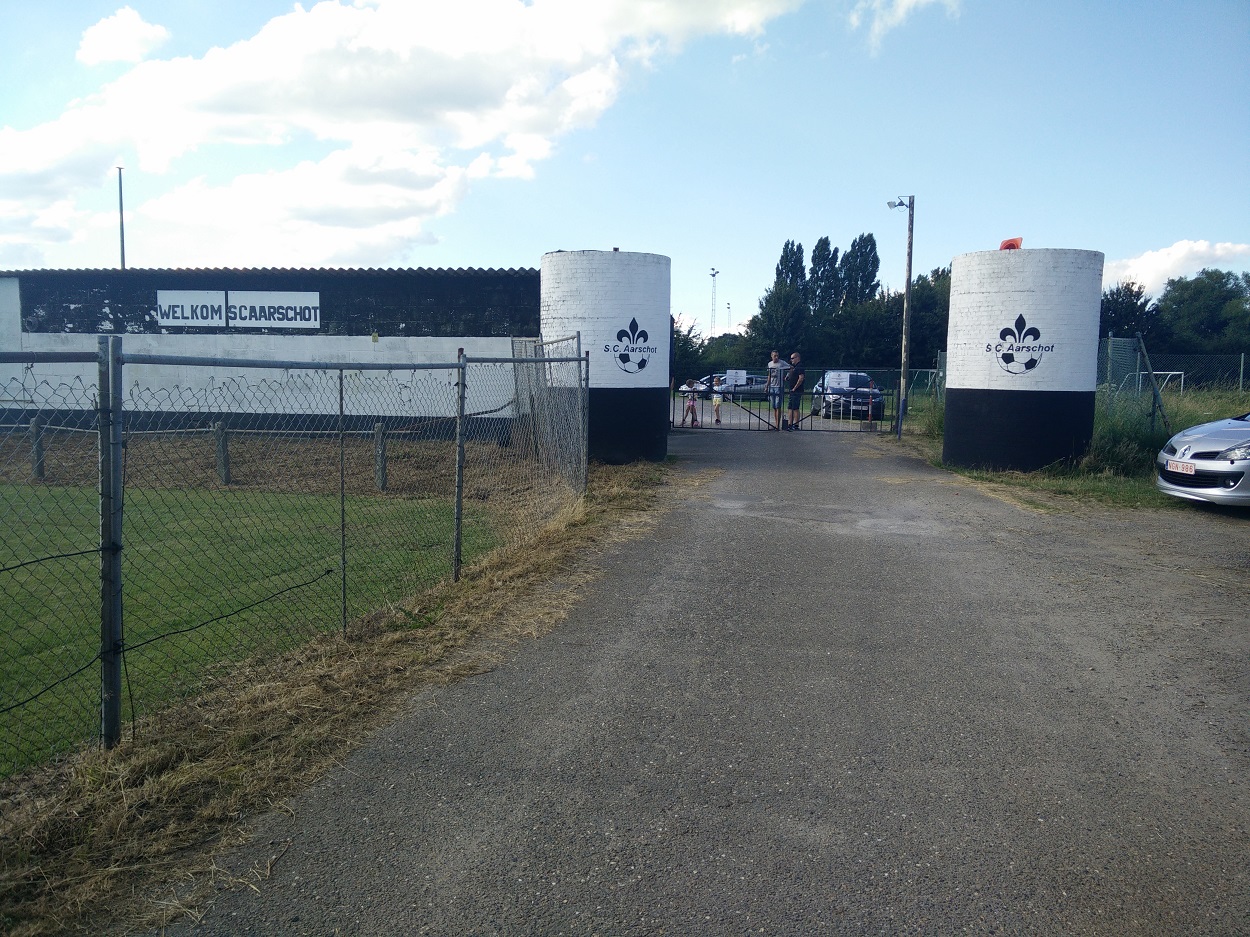 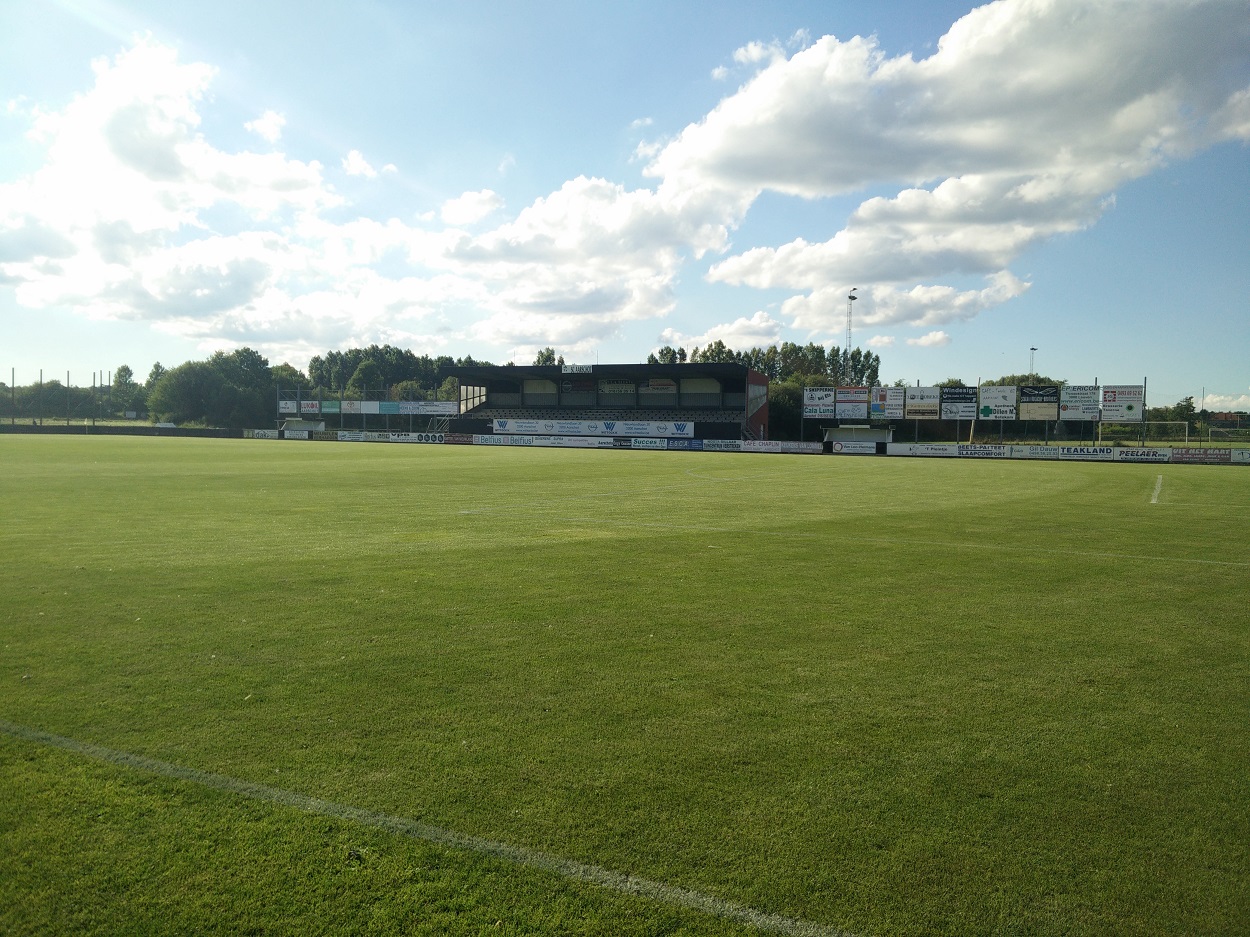 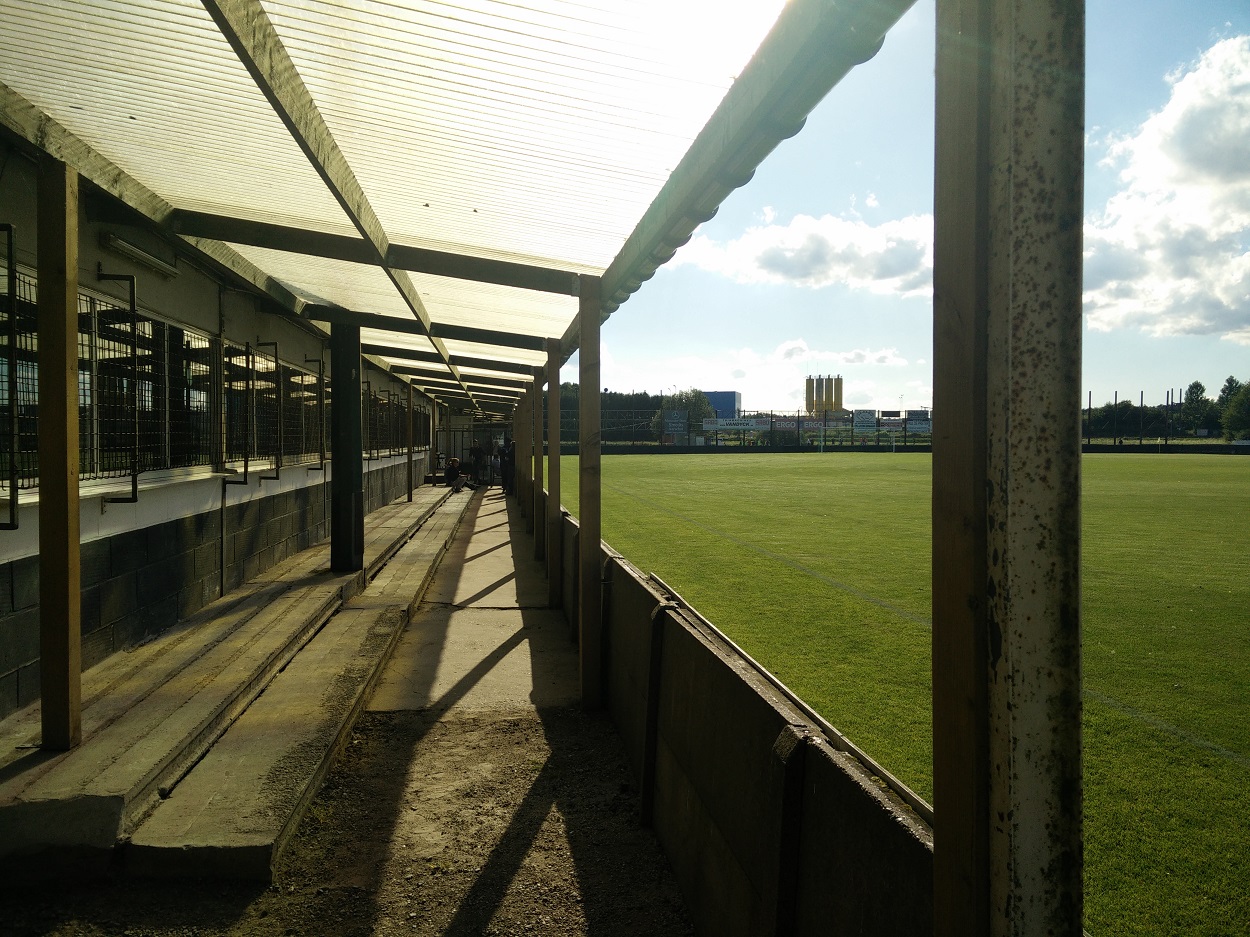 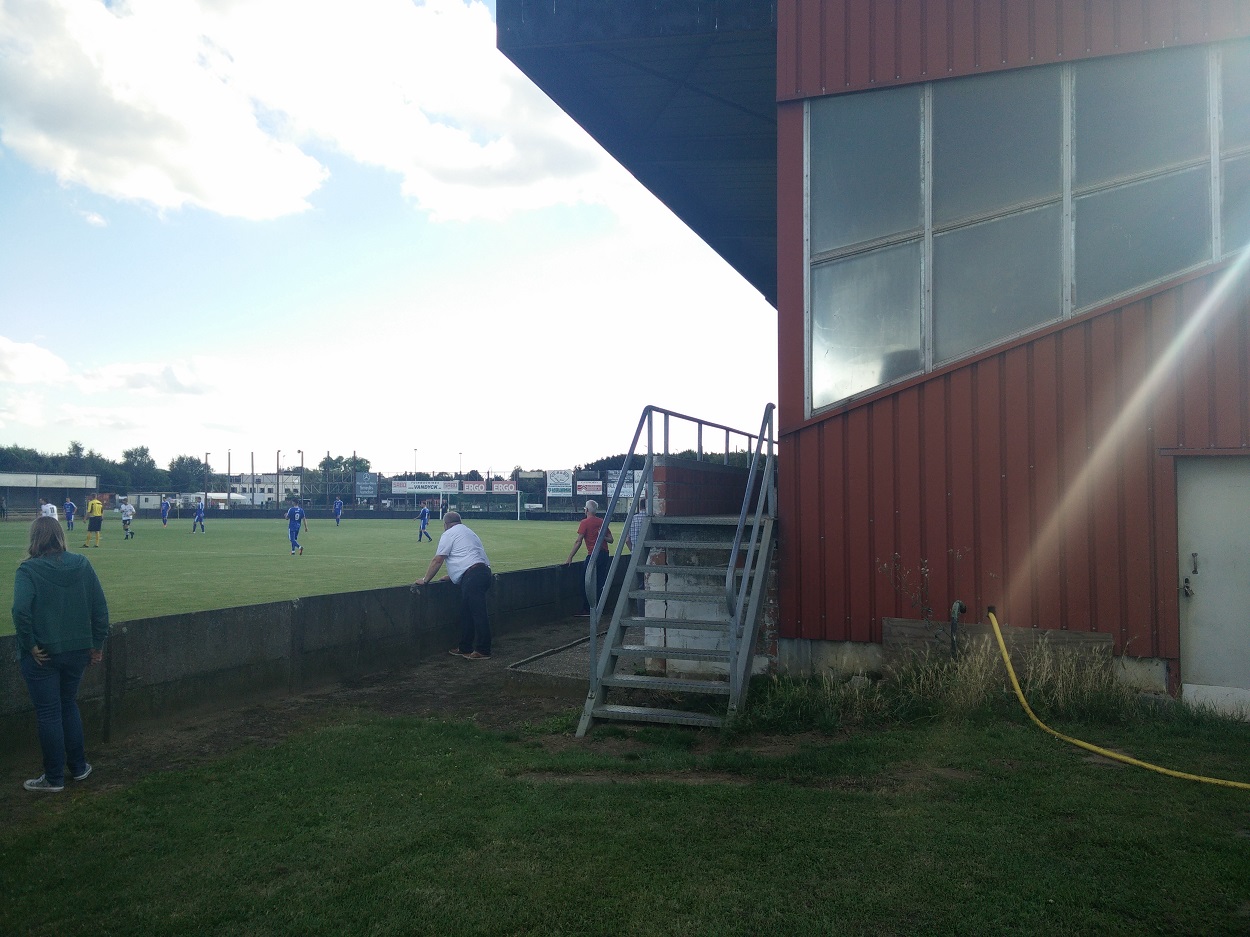 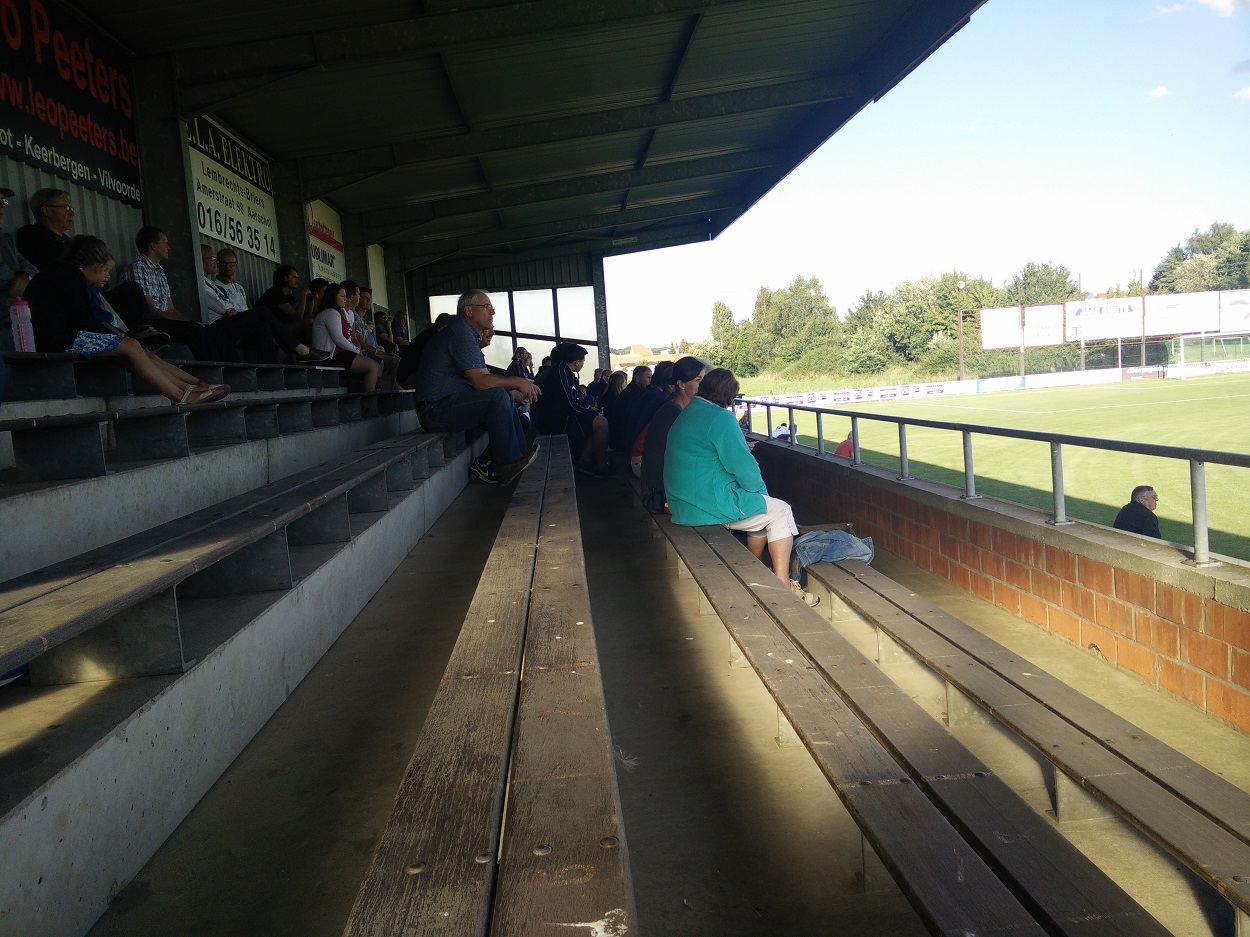 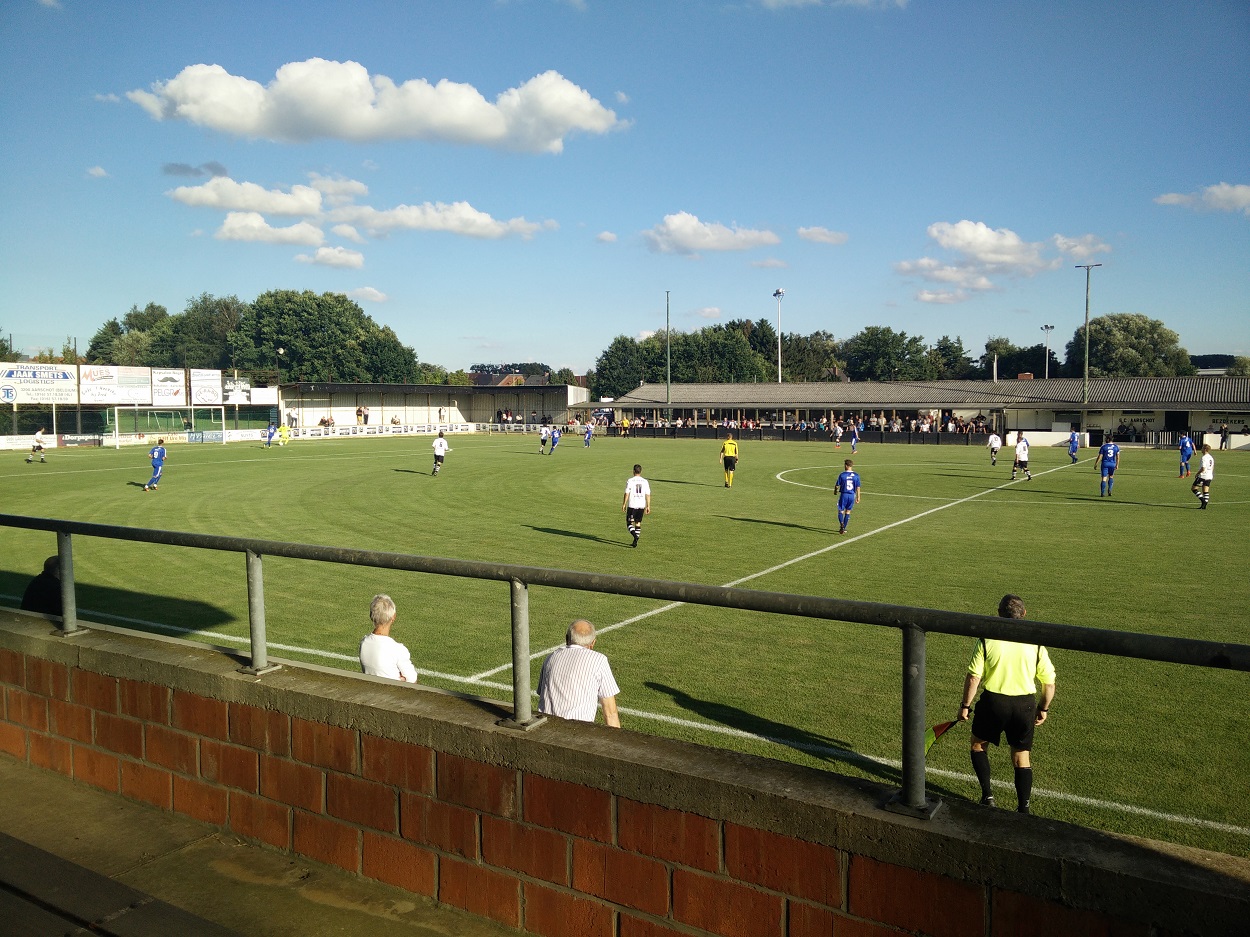 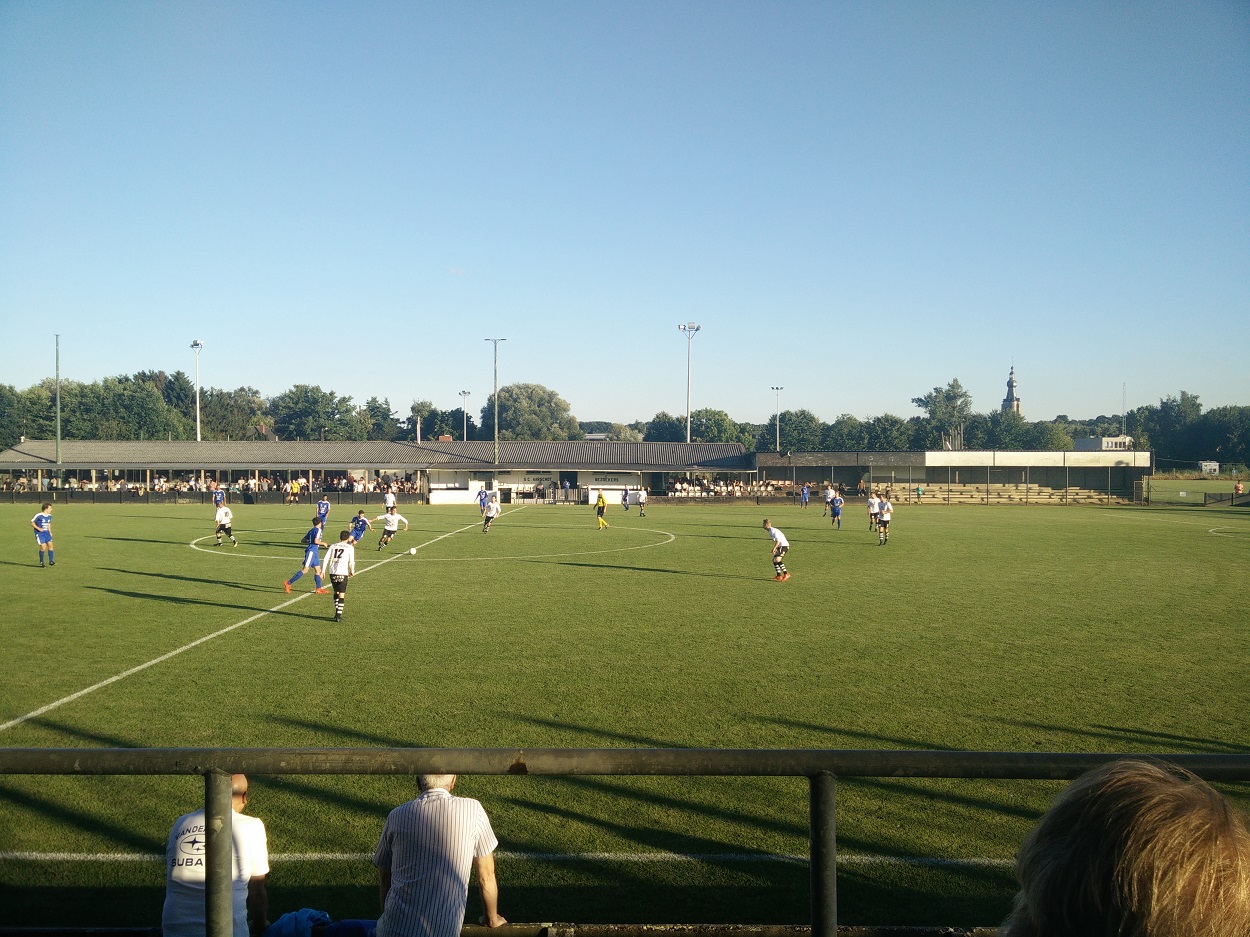 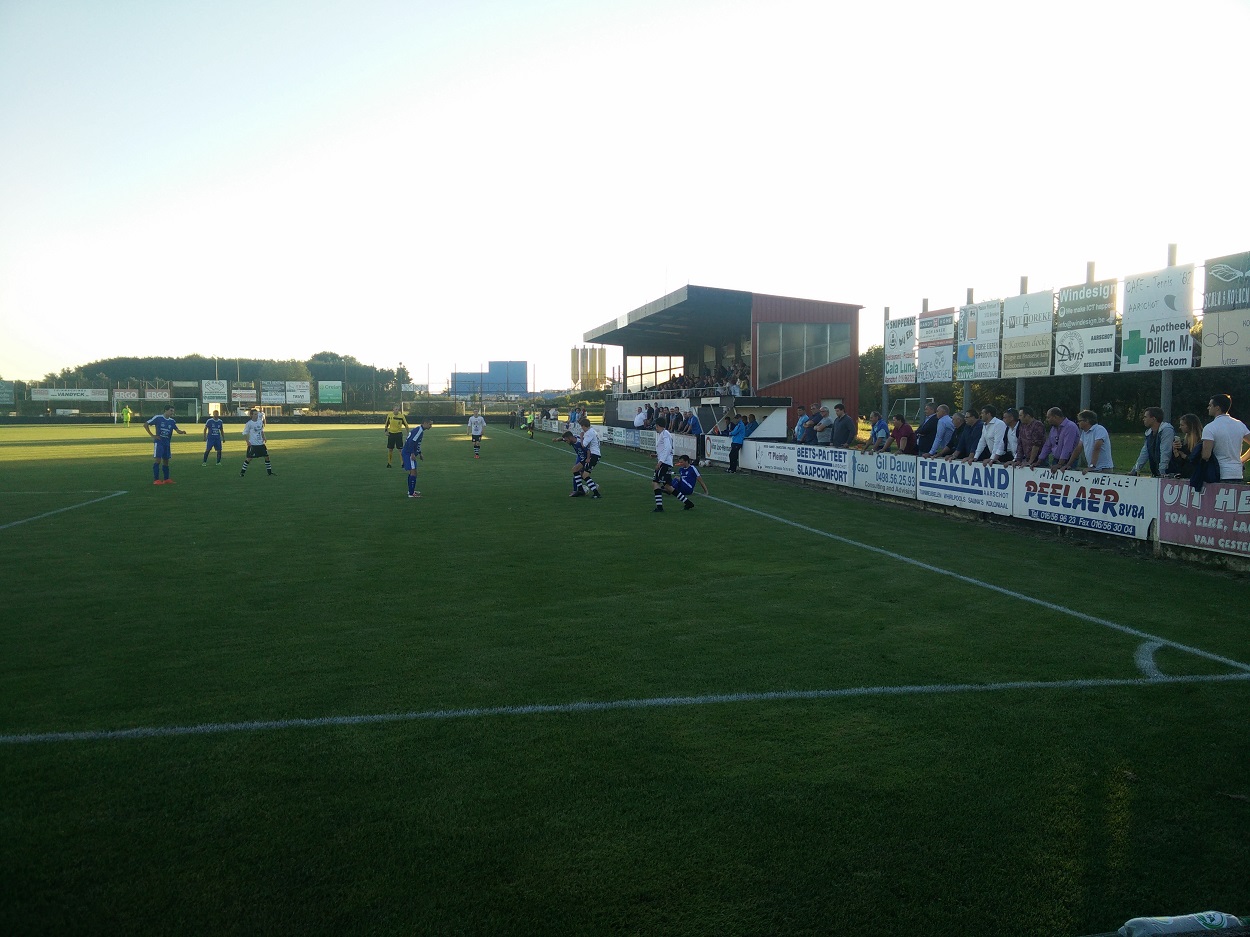 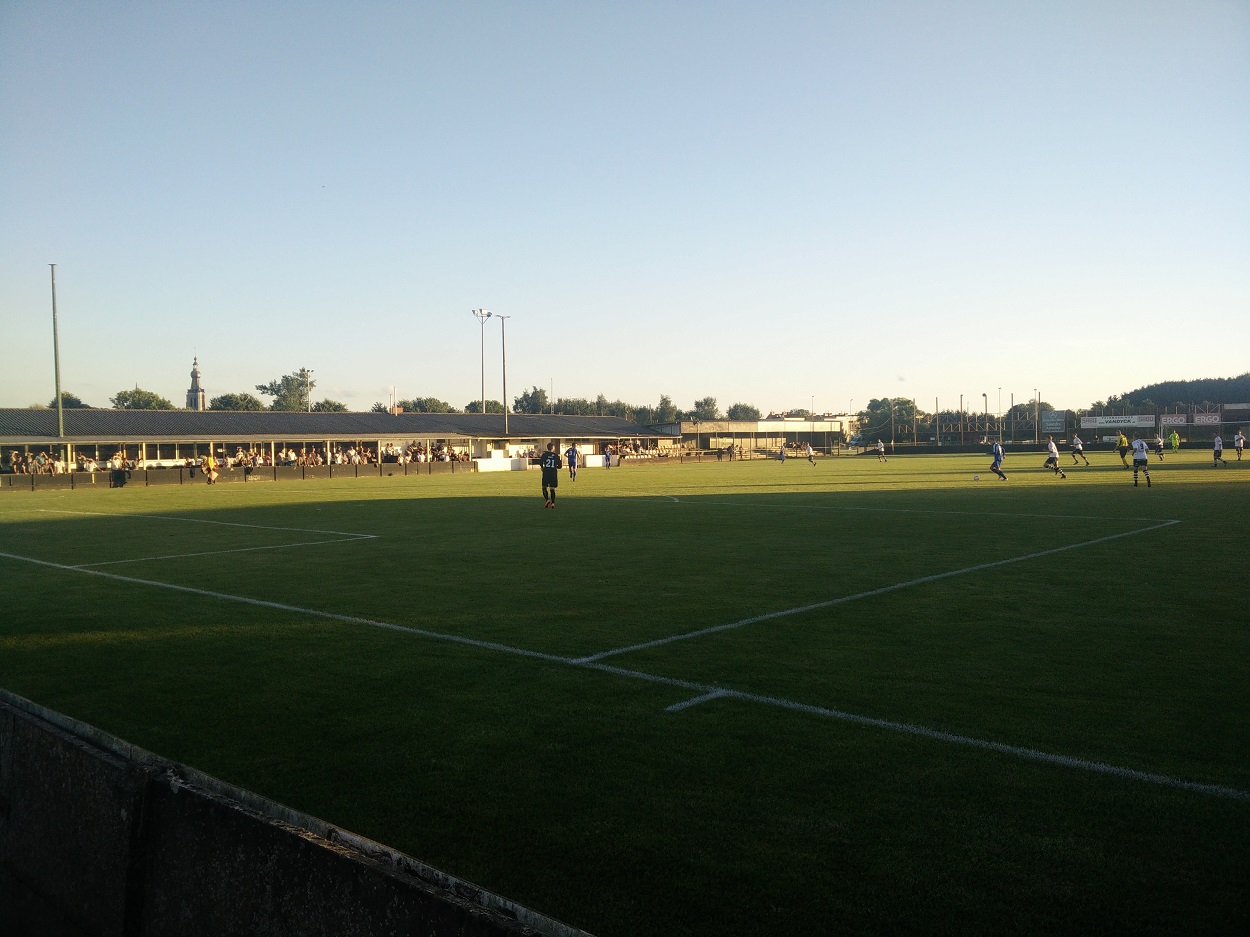