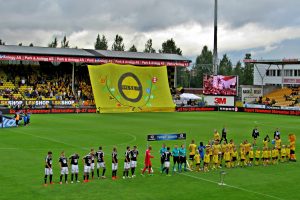 As I was on holiday in Norway I had the chance to visit my first Norwegian football game. I was staying with Norwegian friends and they surprised me having tickets for this game as we originally went to Mjøndalen - Ullensaker/Kisa! Arriving at the game, the Rosenborg fans took almost 1 entire stand behind the goal and they were the ones creating a nice atmosphere. (There were also plenty of them on the main stand.)

The game started quite well with Rosenborg having like 2 big chances but both were missed terribly. After an even worse miss in the Lillestrøm defense and an even worse save by their goalkeeper, Rosenborg was 0-1 up after 18 minutes only to make it 0-2 after 25 minutes. All of a sudden Lillestrøm got a huge chance but they failed to score and on the other side Rosenborg made it 0-3 and even 0-4 only 5 minutes before half-time.

Something strange happened in the changing rooms and the 2nd half was completely different with the home team instantly scoring, 1-4. Just a few minutes later they made it 2-4 but after the 4th official saw a replay on the screen in the stadium, the goal didn't stand... But that was just for 2 minutes as Lillestrøm made a superbe goal, 2-4 after 65 minutes. In the meantime Rosenborg also missed like 2 real sitters but it looked like they were still tired from their Champions League trip to Cyprus, which they lost 3-0. Luckily for them Lillestrøm only managed to score 1 more in the 89th minute so at least they won this game after the home team also was reduced to 10 players.

The Åråsen Stadion is a very nice stadium on the inside but the outside is filled with shops and appartments covering the actual stadium. They also have their ultra's creating a nice atmosphere and also the Rosenborg fans were just fantastic! So, an unforgettable game first game in Norway in a very decent stadium! 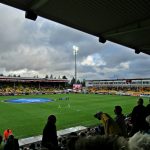 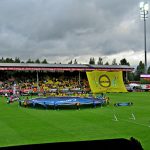 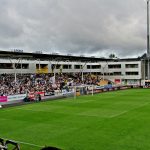 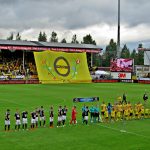 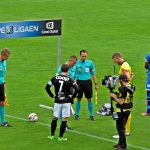 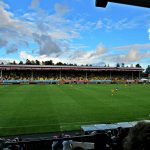 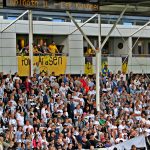 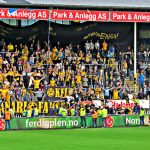 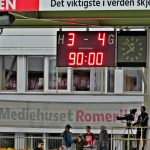 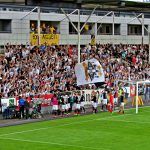 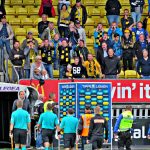 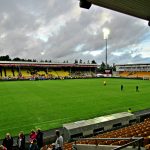 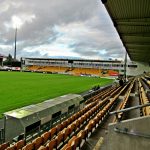 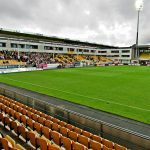 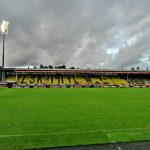