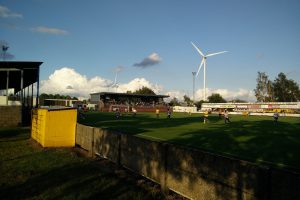 Eendracht Termien (6th division) hosted Patro Eisden Maasmechelen (3th division - D1 Amateurs). What should have been an easy win for the away team became a hard loss..

Patro Eisden lead 0-2 after only 25 minutes and everybody probably expected them to finish this game easily but even in the first 25 minutes Eendracht Termien dominated the game but they only managed to score oncee before half-time, 1-2.

The 2nd half looked as if the home side was about to start the season in the 3th division and vice versa and they managed to score 3 times; 4-2 after 75 minutes and game played.

After having seen this game, I expect the home side to have a very good season as they have a few very good new players.

Eendracht Termien also has a really nice ground for a 6th division team. The ground has over 150 seats behind the goal and a small but decent stand on the long side. No money or time lost by visiting this team and stadium this season! 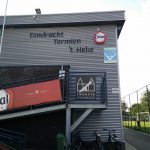 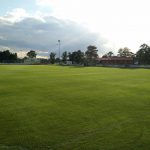 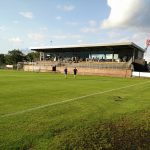 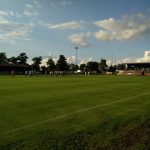 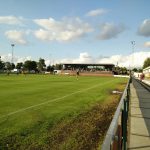 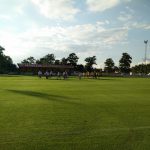 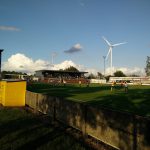 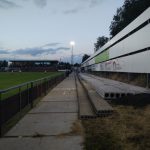 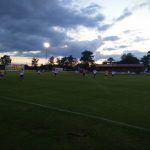 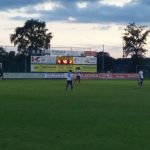