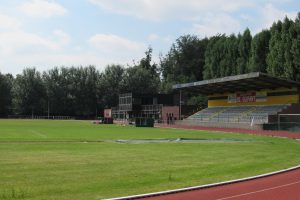 A 1pm kick-off, it couldn't fit any better in my schedule. Today would be the first time for visiting 3 games in 1 day with KFC Schoten SK - KVK Westmalle, Groen Rood Katelijne - Heur Tongeren and KVK Tienen - FC Dender.

My first stop of the day would be at KFC Schoten SK. Next week this club will celebrate their 100 year anniversary as they were found in 1916 as Schooten Sportkring. The club stopped in 1920, restarted in 1921, stopped again in 1926 and restarted again in 1927.

Today KFC Schoten hosted KVK Westmalle (9th, lowest division). For me it seemed like both teams played with (many/most) of the 2nd team players as both of them will play for the Cup of Antwerp this same evening too. The game ended at 2-0 with both teams missing a lot of chances and after a few unbelievable saves by the Schotens' goalkeeper.

The Gemeentepark has a beautiful and old stand, really worth the trip, which could be next week as the club is celebrating their 100th year anniversary with a game at 3pm. 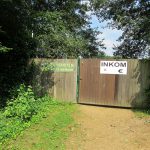 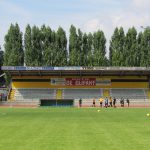 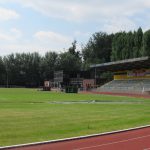 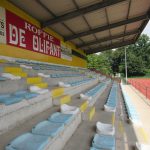 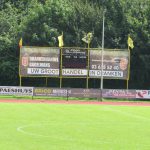 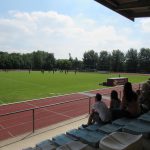 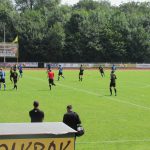 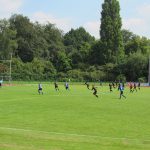 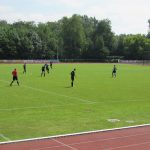 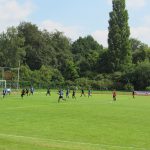