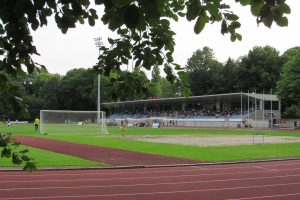 My 5th game of the weekend was a Crocy Cup game between KFC Turnhout and KSK Heist. It should be a walk in the park (literaly and figuratively) for the visitors as they play in the 3th division and the hosts only play in the 5th division.

KFC Turnhout started the game much better and they even hit the bar before KSK Heist got a penalty which was saved by the keeper.

The 2nd half started more intresting as KSK Heist scored a goal immedialtely after the break. But still Turnhout were actually the better team and did deserve the 1-1 which was scored after a cross was deviated into the goal by a Heist player.

Only 5 minutes later the home team was at it again with another "lucky worldclass" goal after a cross was scored by accident in a beautiful way, 2-1!

KFC Turnhout are true to the next round where they will meet FC Dender EH.

The Stadsparkstadion is a beautiful ground ground with a very nice stand. I can only recommend you to visit this one. 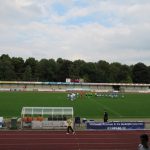 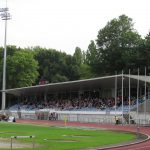 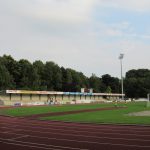 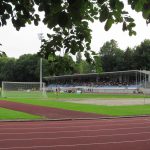 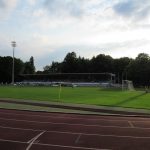 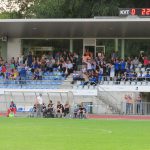 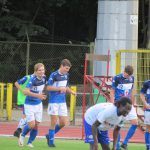 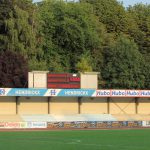