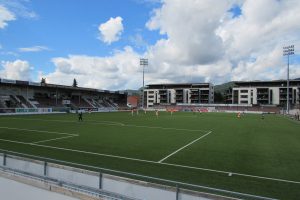 The first ground I visited in Norway is the Isachsen Stadium in Mjøndalen. Mjøndalen IF is playing in the 2nd division after they relegated in the 2015-2016 season from the Tippeligaen.

On the first sight this actually looks like a small club but when I checked the clubs history, they already played 8 cupfinales of which they won 3 (1933, 1934 and 1937), so they have a glorious past which also includes 6 European Games and they even won one against Werder Bremen.

2 From 3 European home games were played in the Nedre Eiker Stadion (old name), the one against Bayern Munich was played in the national stadium, the Ullevaalstadion. Today the club plays their games in the Isachsen Stadium, which can hold about 4.000 fans (average +- 1.800 for competition games).

As their secretary is still in the containers next to the ground, it seems likely that they are willing to expand the ground a bit more.

Mjøndalen IF is also the only club in Norway to wear brown colours. They were chosen because.. they would be the only club playing in brown as they originally wanted blue or red.

I can only recommend to visit this beautiful club as they are not very big but they do very well for their capacities, mostly because of the help of volunteers! 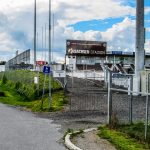 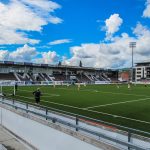 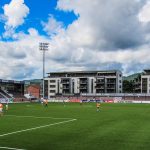 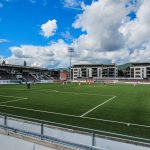 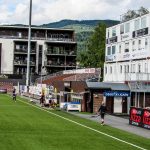 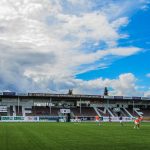 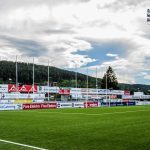 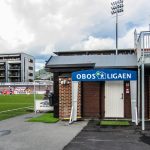 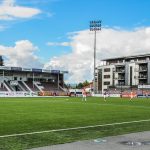