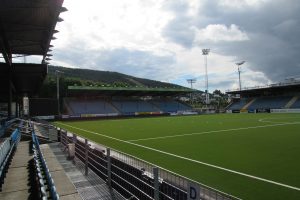 After visiting the beautiful 2nd division club Mjøndalen IF I went to visit the 2013 Tippeligaen winners, Strømsgodset IF.

The club is located in Drammen and was found in February 1907. The club is named after an old village called Strømsgodset, which is nowadays Gulskogen.

The most succesful period in the clubs history are the 60's and the 70's in which Strømsgodset got promoted from the fourth tier to the top flight in just a few years. The team then went on to win Tippeligaen in 1970 and the Norwegian Cup in 1969, 1970, 1973.

Later on the club relegated (even to the 3th tier) and gained promotion (and relegated again) year after year until 2006. Since they won the 1st division in 2006 the club didn't relegate from the "Eliteserien" and even won it 1x in 2013 after they actually got saved from bankruptcy by local investors in 2005.

As the team has been successful several times, they also participated in many European Cup competitions. Despite 11 campagnes, they never managed to reach the group stages and even lost 11-0 in a game against Liverpool (1974-75).

The Marienlyst stadion can hold 8.060 (all-seating) or 8.935 (standing allowed games) fans. The stadium is also very often used for Norway U21 international games. To me this stadion looks very decent and I really love the wooden part in it (as you can see in the pictures). 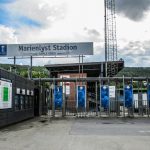 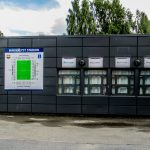 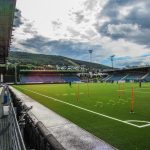 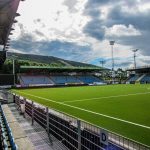 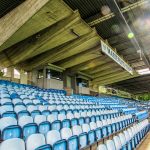 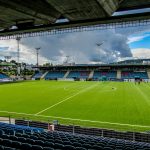 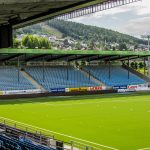 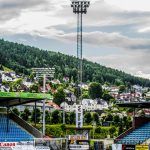