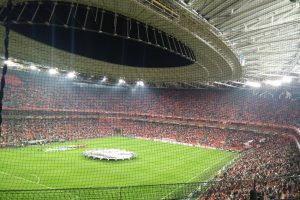 For the first time I visited an away game from a Belgian club in a European Cup, as I followed KRC Genk to Bilbao. In the previous game, the Belgians had beaten the Spanish side with 2-0, but I didn't expect to see the same outcome this time.

I arrived in Bilbao at Wednesday, so I had the chance to visit another game too (CF Barakaldo - Real Madrid Castilla), before the big game on Thursday. Before the game I had a few drinks with the guys until we got disturbed by the not so friendly Basque police..

After everybody was subjected to a full body search, we went to the stadium in corteo accompanied by the provocative Basque police. Luckily most of the fans kept their head cool, even after many provoking actions by the police.

Arriving at the ground, we got subjected to another full body scan and even had to take our shoes out (some even had to take their pants partially down!).. I had never seen this kind of things before, especially with a security agent beating a woman..

Luckily, the game was a very good one, when I finally got in the brand new San Mames stadium. The home team got in front after only 8 minutes and even doubled their lead after 24 minutes after receiving a penalty. I was already expecting another big Spanish beating for KRC Genk (Real Madrid 6-0, Valencia 7-0) but Bailey made it 2-1 after just 30 minutes.

Just before the break, Athletic made the difference 2 goals again, scoring the 3-1 with another penalty. Ndidi pulled another back for Genk six minutes after the restart, but Aduriz stepped up once again.

Susic reduced the deficit to 4-3 with a 79th-minute goal and everybody was hoping for a beautiful draw until Aduriz delivered his fifth goal from the penalty spot, making it 5-3 in the 94th minute..

A memorable night with great atmosphere by the Genk fans, 8 goals and a striker scoring 5 goals!

Trying to return the next day, our flight got delayed by 3 hours until it even got cancelled because of the fog in Bilbao. I had to stay another day in Spain and returned on Saturday via Zurich. Most of the time in Bilbao I also spend with Drughi Genk, which is an ultra group with amazing guys, as I could be with them for 4 days, experiencing a game as I never did before. 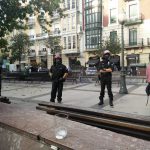 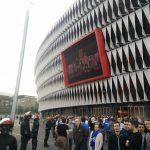 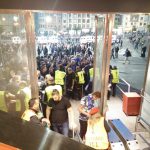 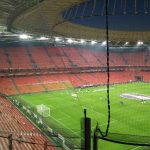 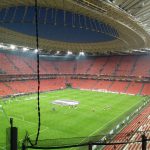 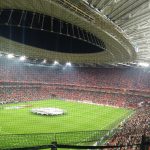 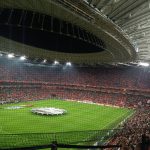 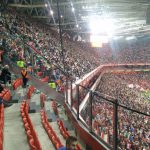 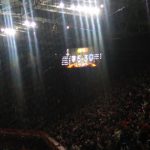