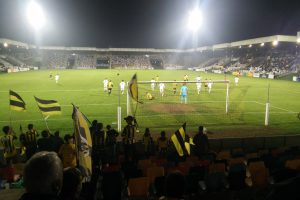 As I went to Bilbao on Wednesday for the game between Athletic and KRC Genk on Thursday, I had the chance to visit another game. After using the groundhopperapp I found out that Barakaldo CF was hosting Real Madrid Castilla. Taking the metro from San Mames, the trip to the ground takes about 20 minutes (10min. metro, 10 min. walk).

Barakaldo has a rather special stadium, as from the outside it looks nothing like a football ground. The inside is rather beautiful and modern with all kind of different seats, but I still don't understand all the gaps in the roof and the extra space on the sides of the pitch.

The game was a good one with Real Madrid Castilla opening the score after 30 minutes. Straight after the break the home team goalkeeper was given a red card. It seemed that the visitors were going to take the 3 points with them to Madrid until Barakaldo scored a free-kick, in the 4th minute of extra time, making the home fans going crazy. 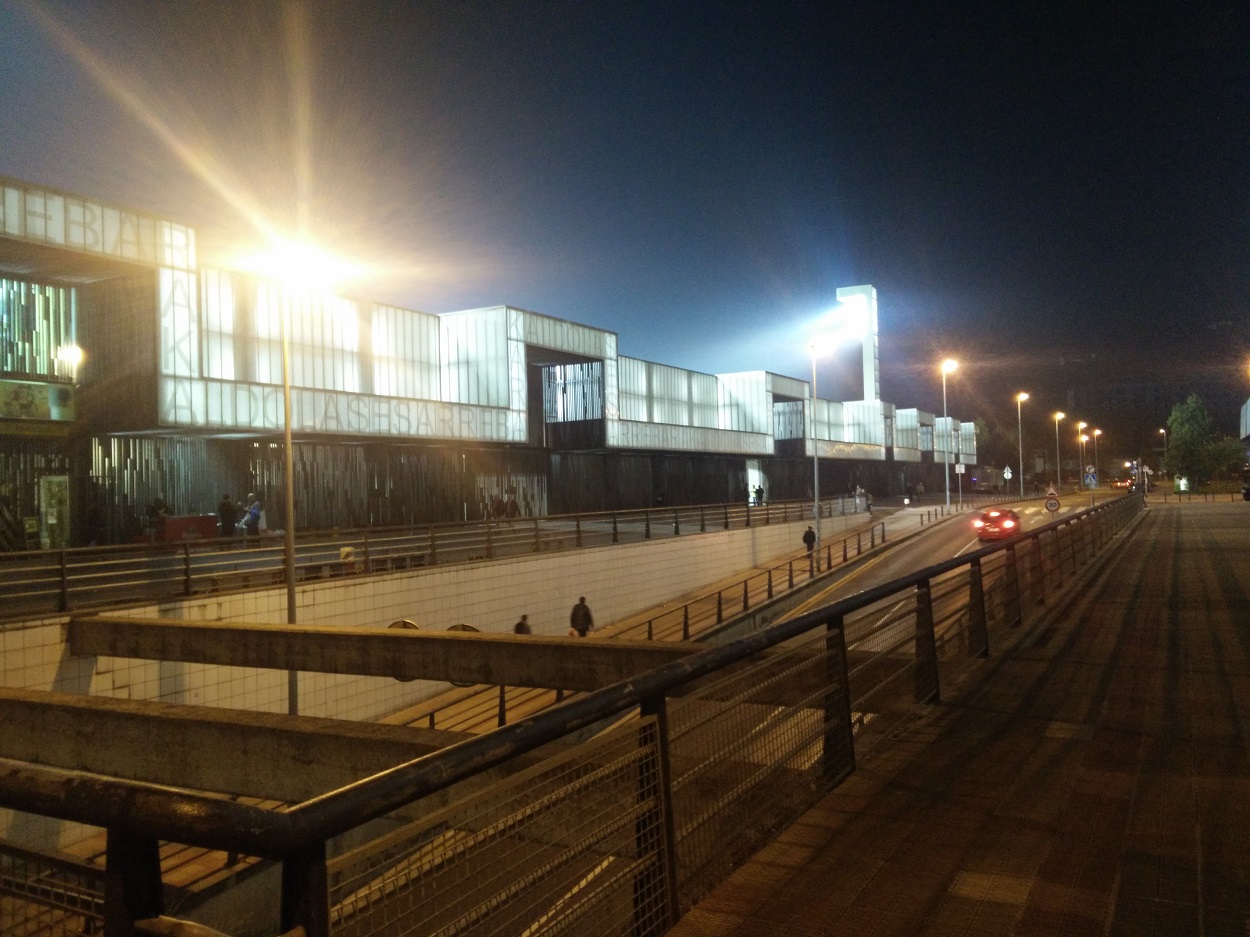 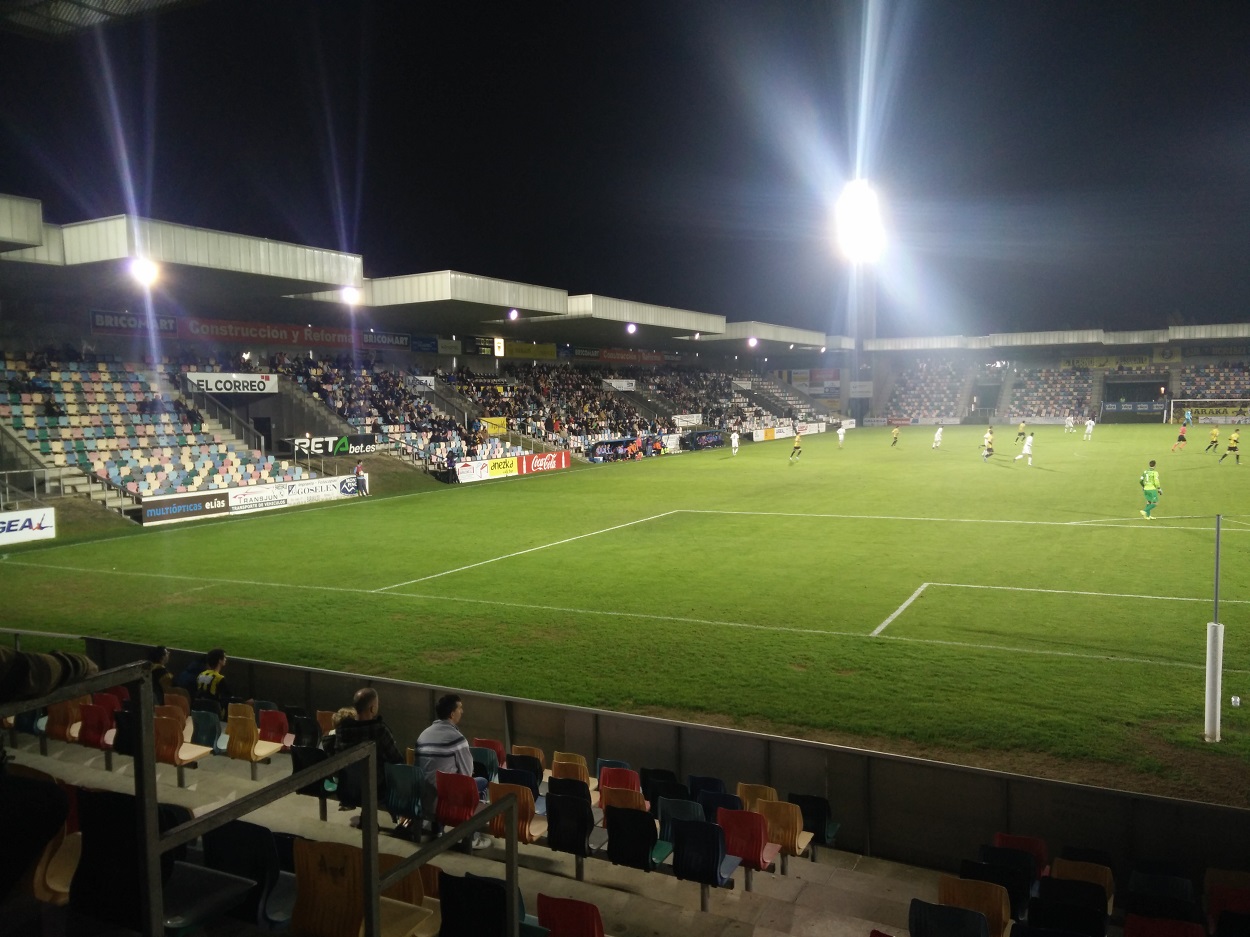 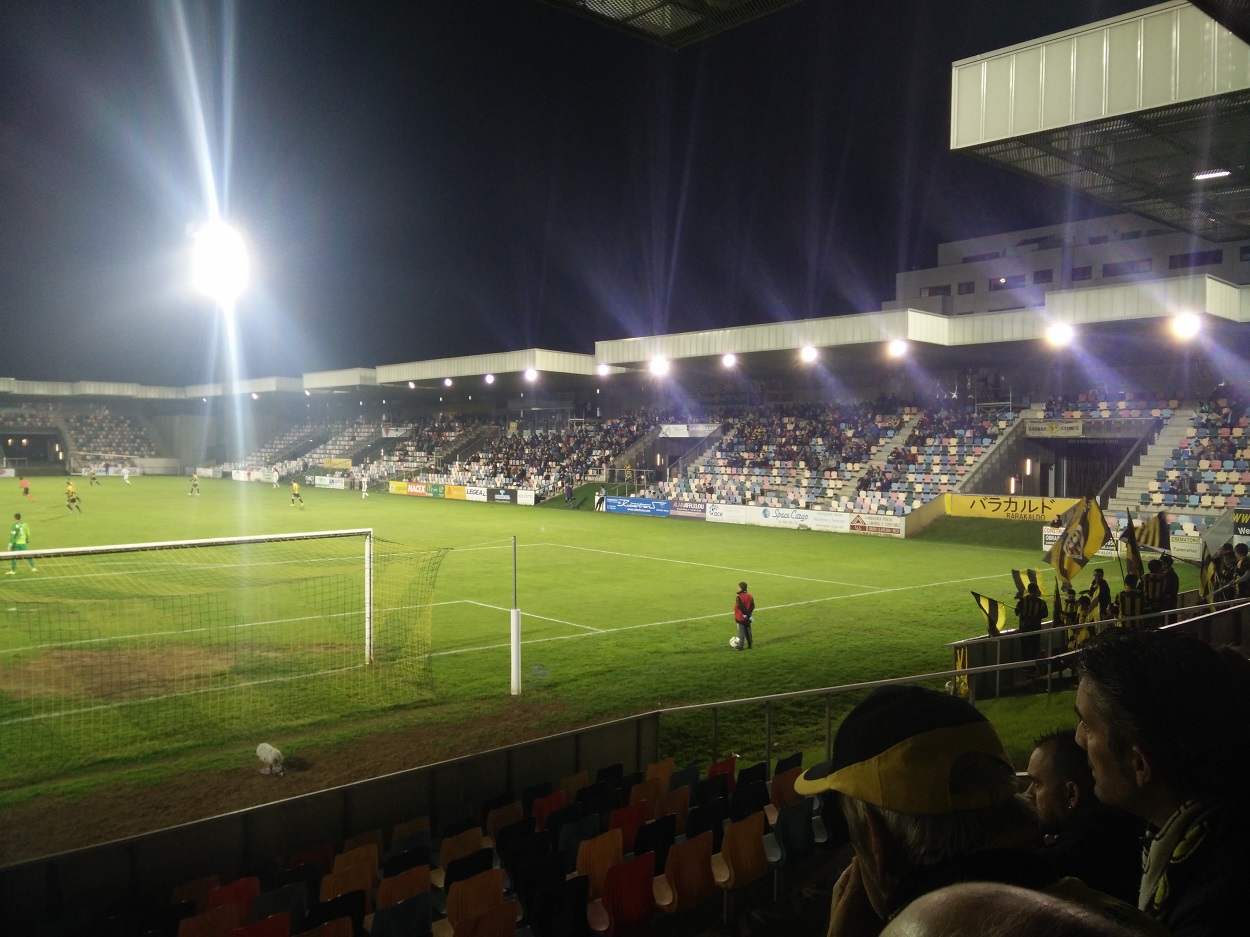 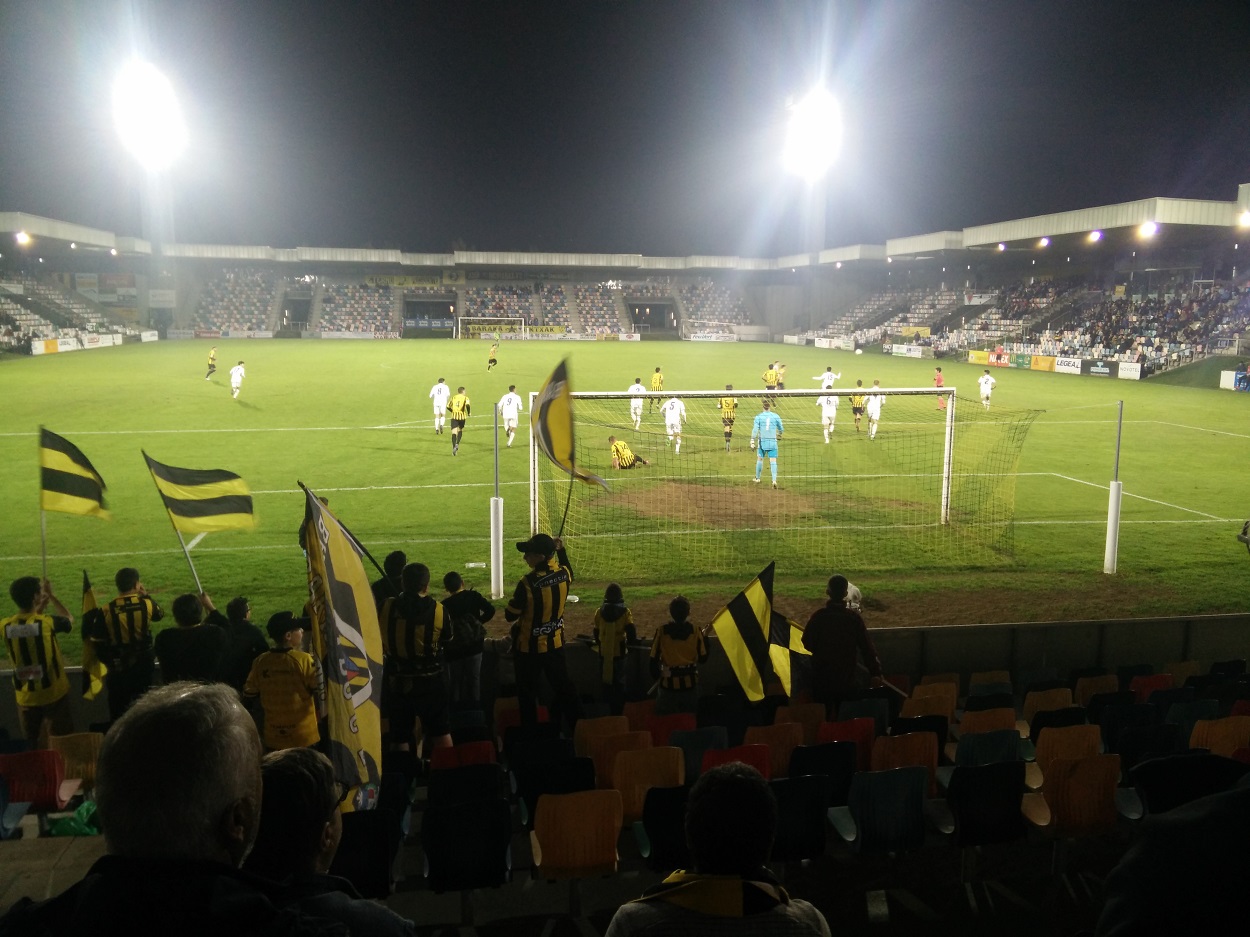 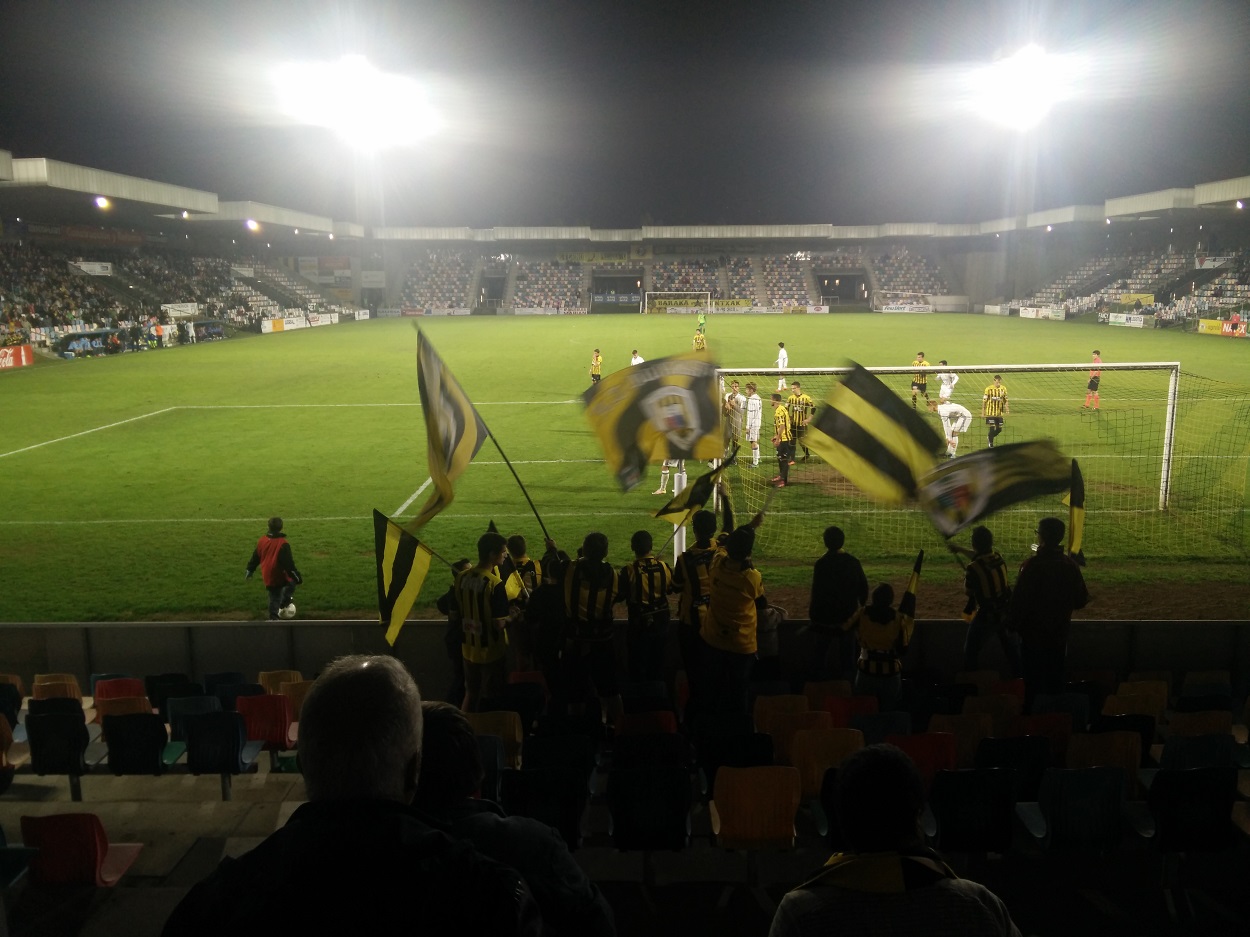 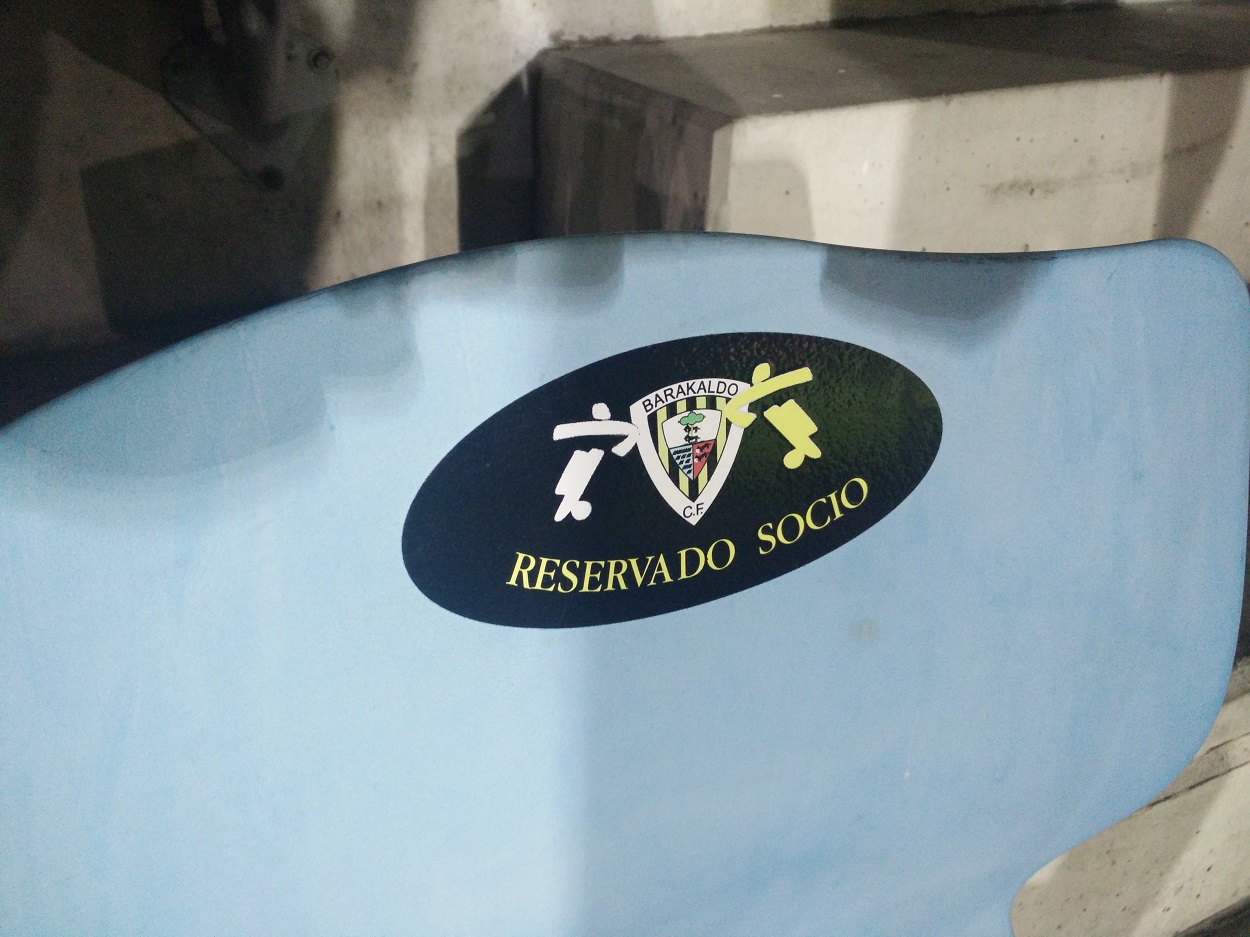 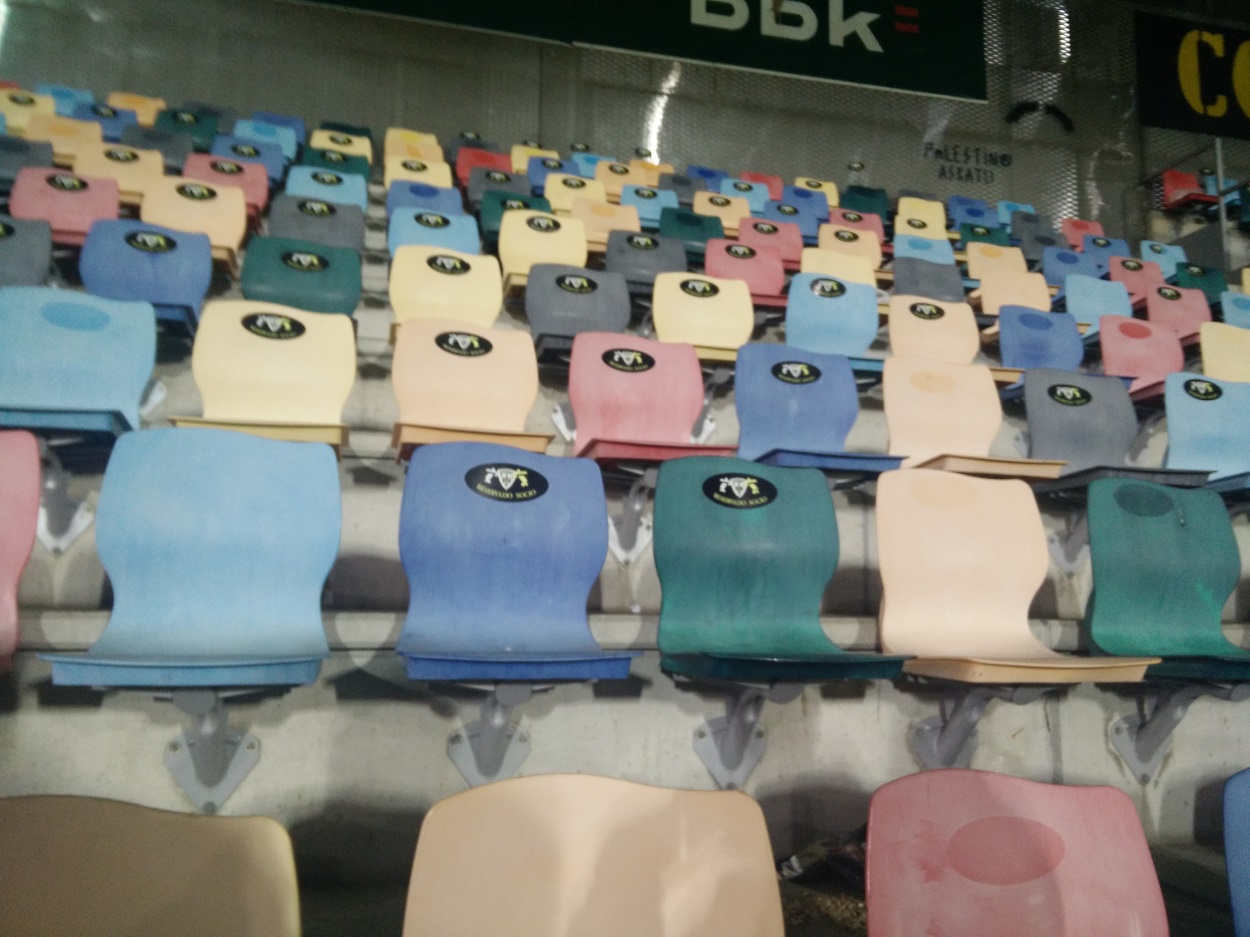 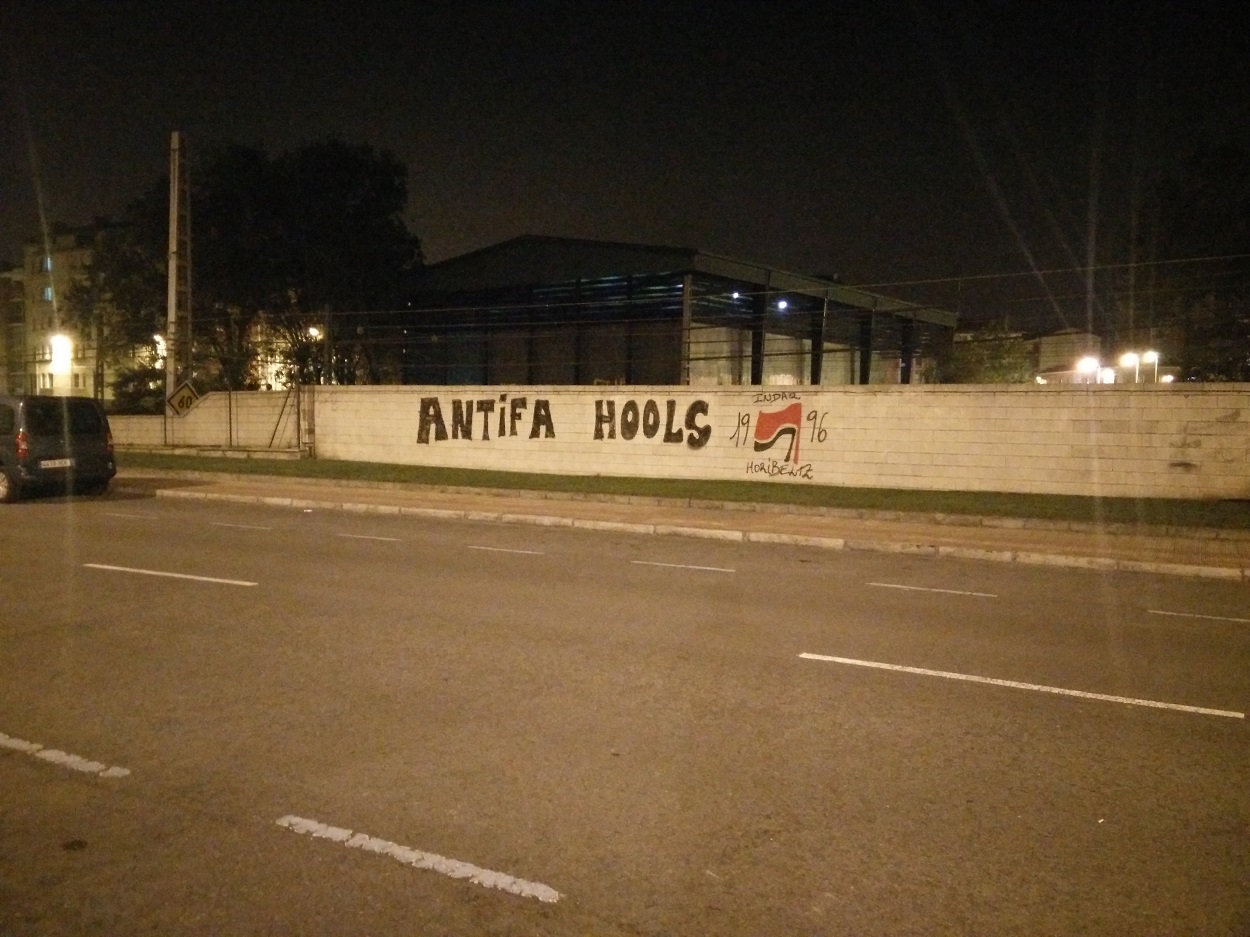