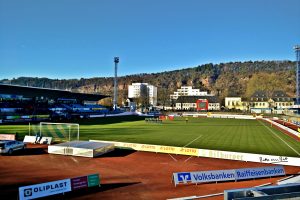 My first game in the Regionalliga Südwest was one in the beautiful Mosel region between Eintracht Trier and TSV Steinbach. I was very lucky to have beautiful weather even if it was quite cold.

The visitors were much better in the ranking (18th vs 4th) but it was a very close game. Steinbach won with a goal on the hour mark after both teams missed a lot of chances.

Eintracht Trier has a beautiful ground which was originally built in 1930. Nowadays the ground has been renovated multiple times but it still looks great and old school. 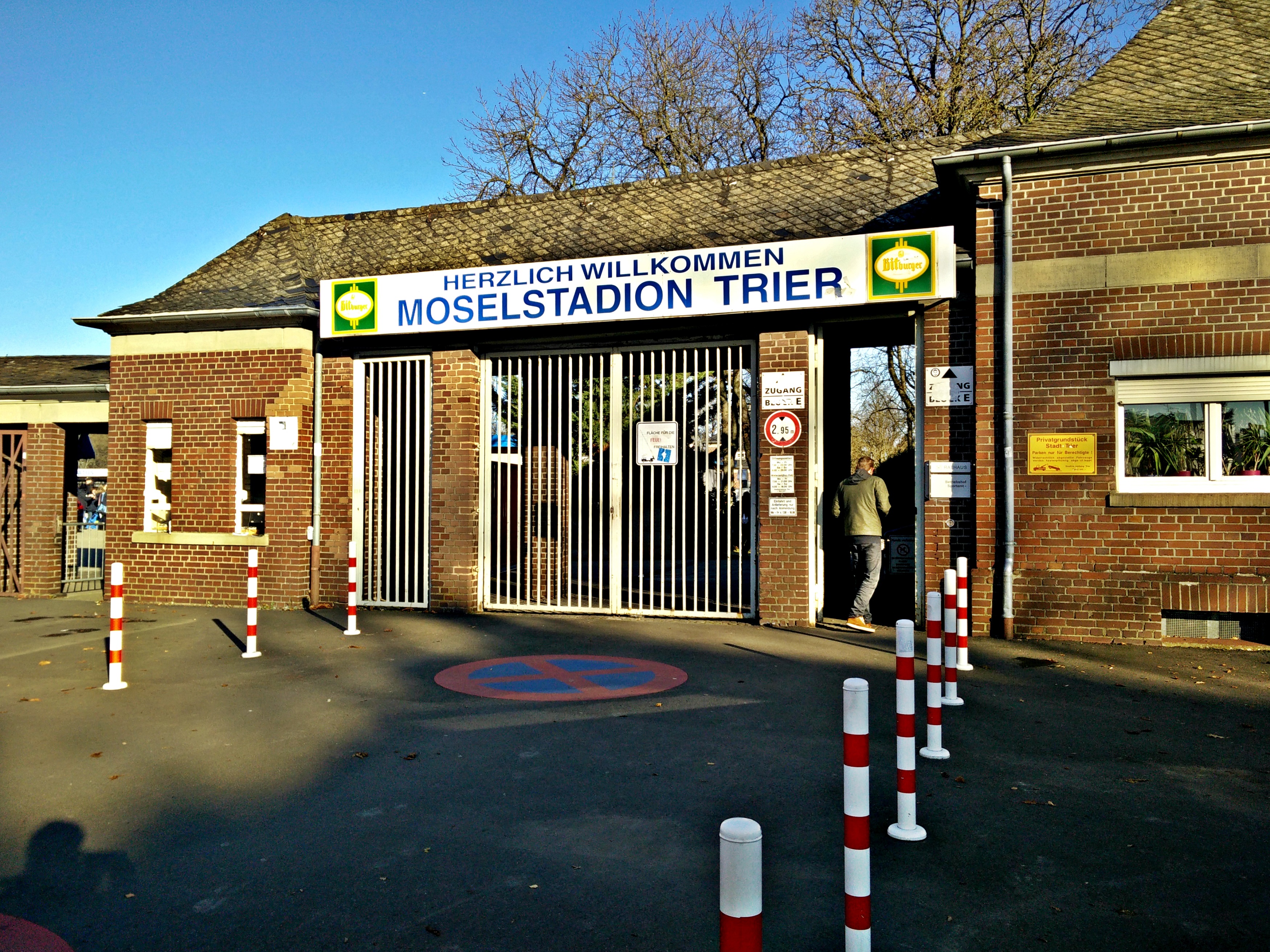 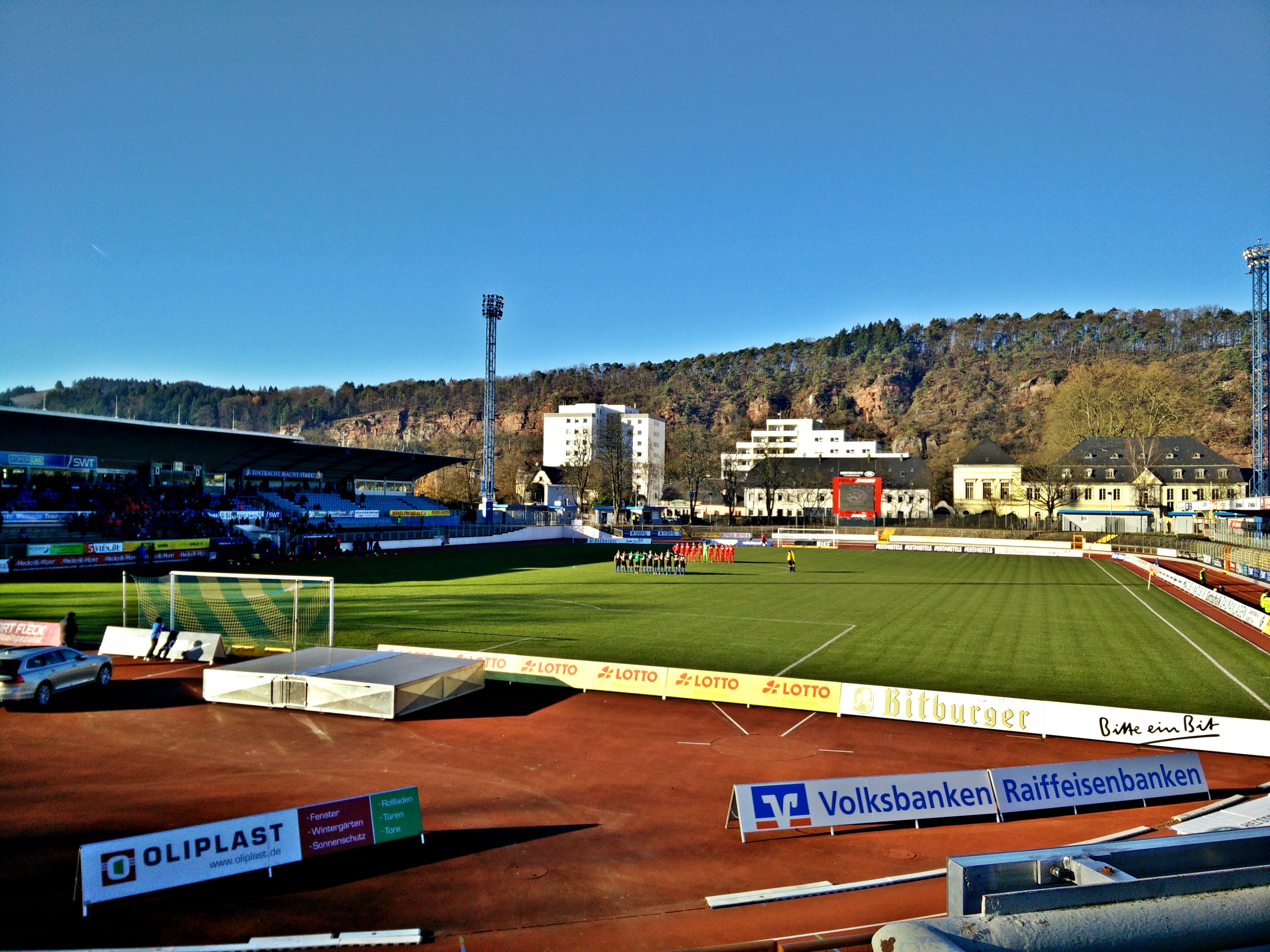 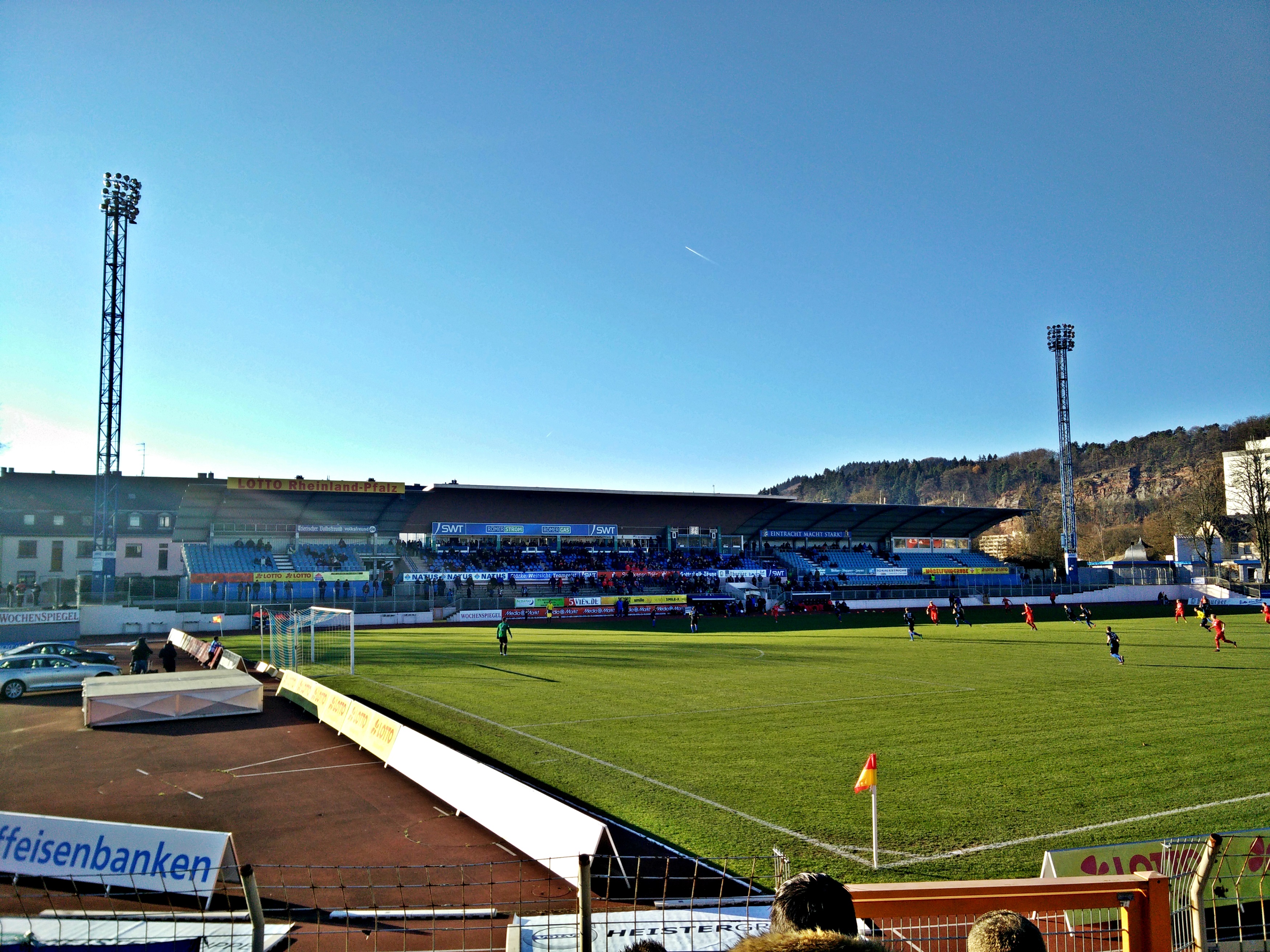 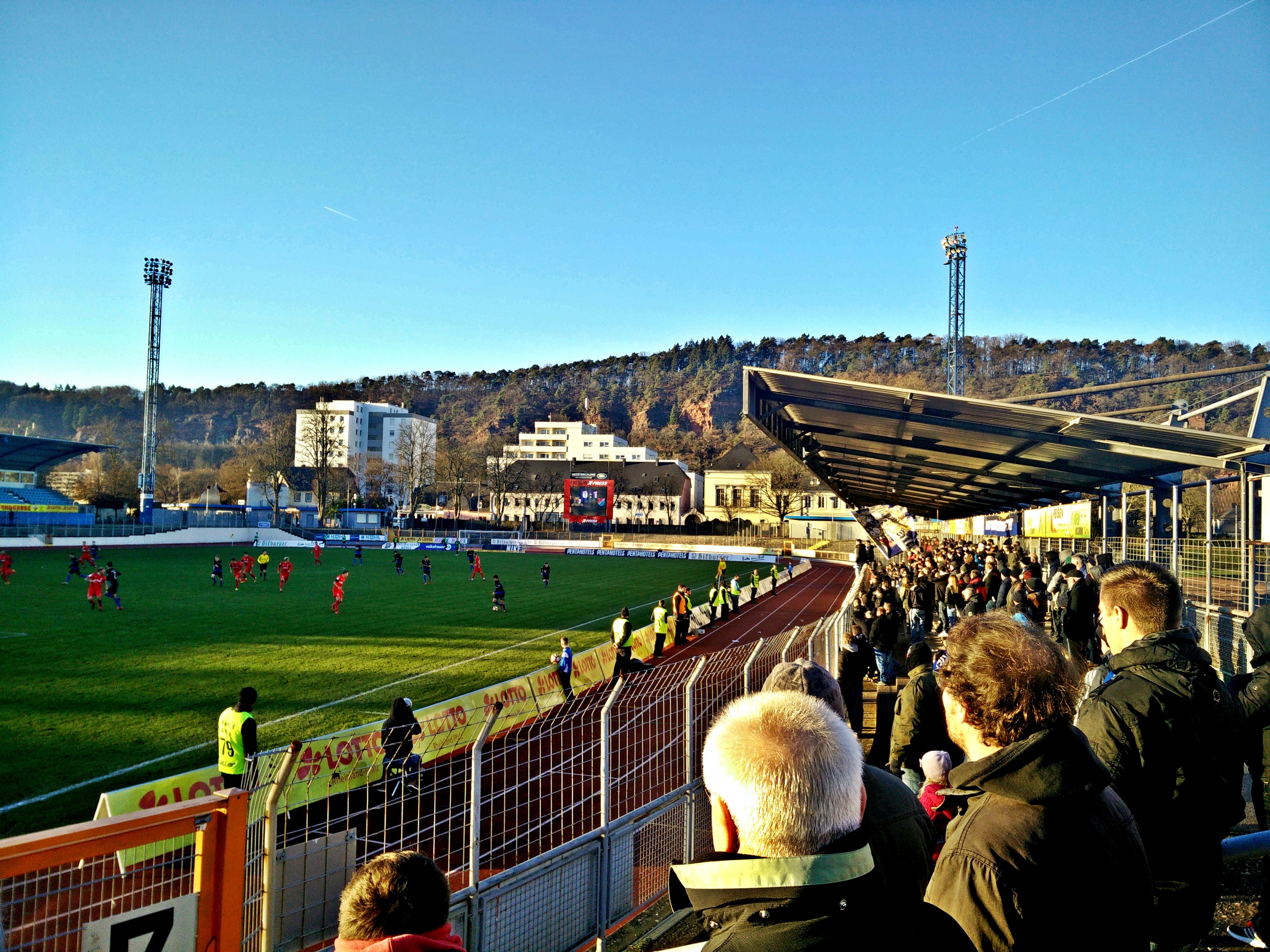 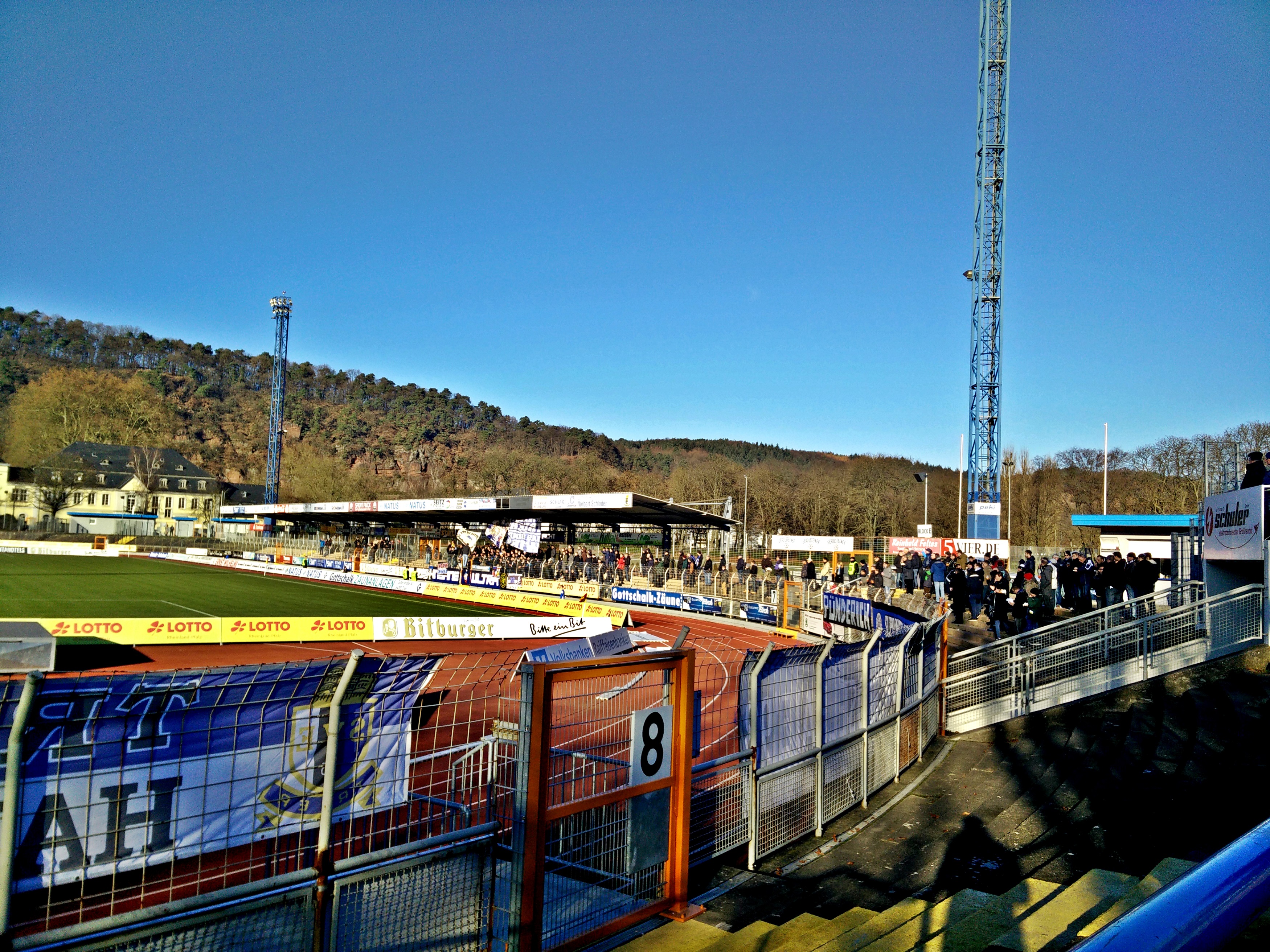 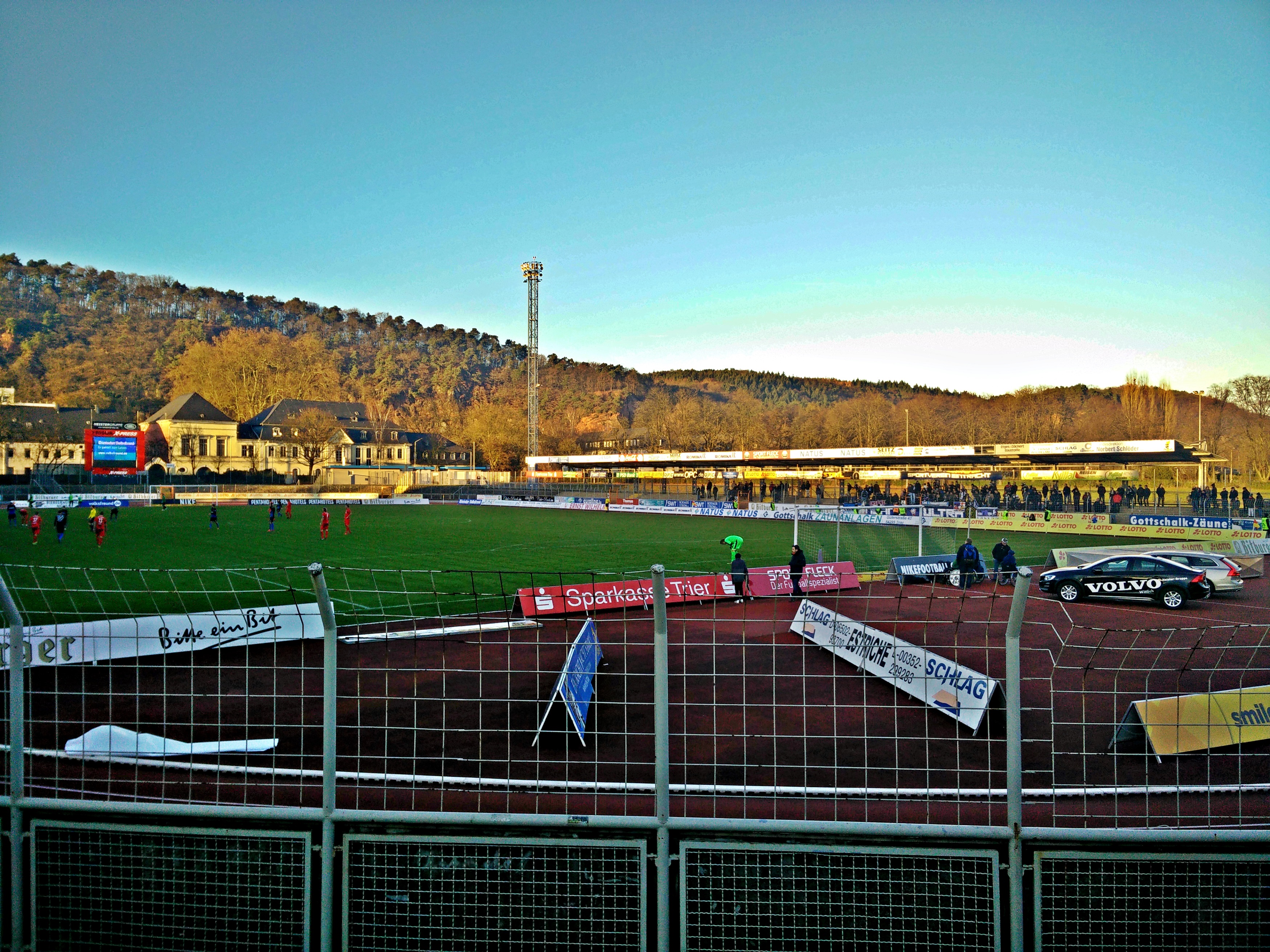