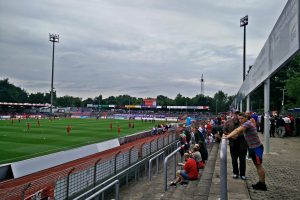 A midweek game in Germany is always nice to visit as a groundhopper with a lot of spare time. For the real fans and especially the visitors, of which 99% is working class, a midweek kick-off at 19.00 is just terrible and often means at least half a day off from work.. Both sides often made clear what they were thinking about it with „Scheiß DFB“.

Fortuna Koln was founded in 1948 and played 1 season in the Bundesliga (1974/75). The biggest success in the club's history was reached in 1983 when they reached the DFB-Pokal final after they had beaten Borussia Dortmund in the semi-finals with 5-0. Later on the club lost the final against their Kölner neighbours, FC Köln; 1-0.

In today's game the home team started with 6 points from 2 games where the visitors from Osnabrück only have 2 points. The first half was almost over and both teams only got a few small chances and I was preparing for a 0-0 until the home team made it 1-0 just before the break.

Straight after the break they doubled their advantage with another great goal and they made it even worse for the visitors with a 3th goal after 70 minutes. The outcome wouldn't change and Fortuna Köln stays on top of the league without dropping a point after 3 games. 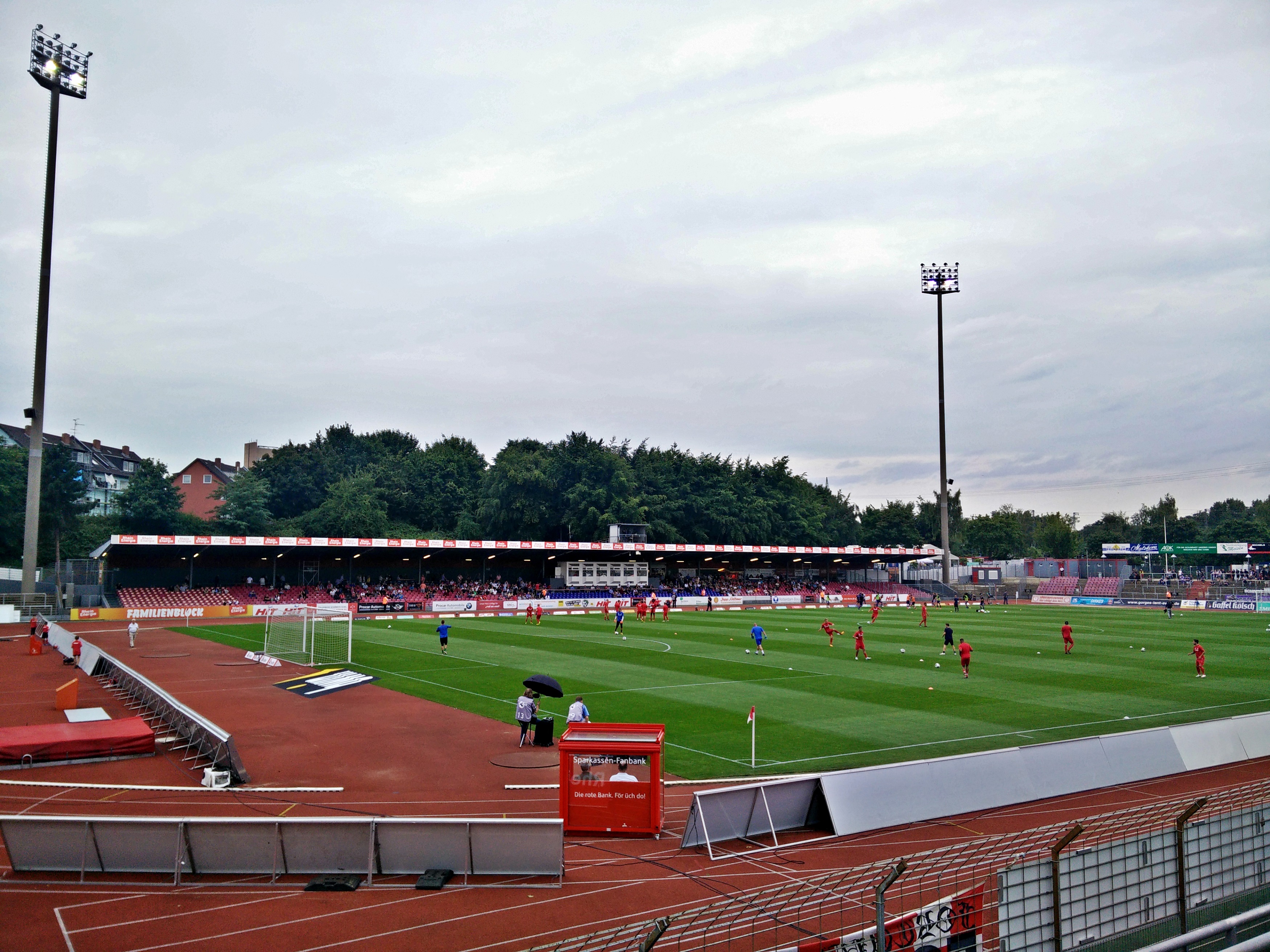 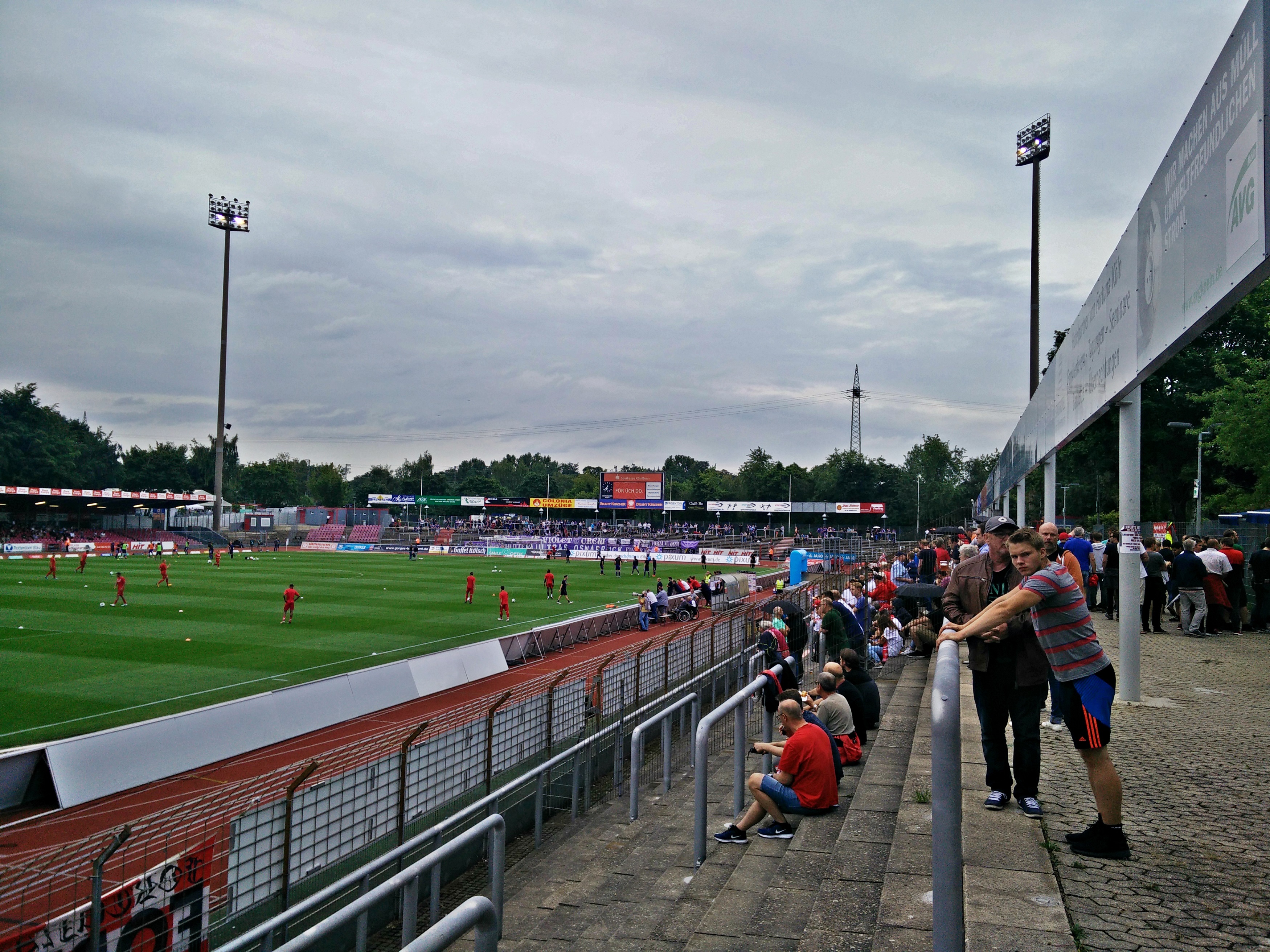 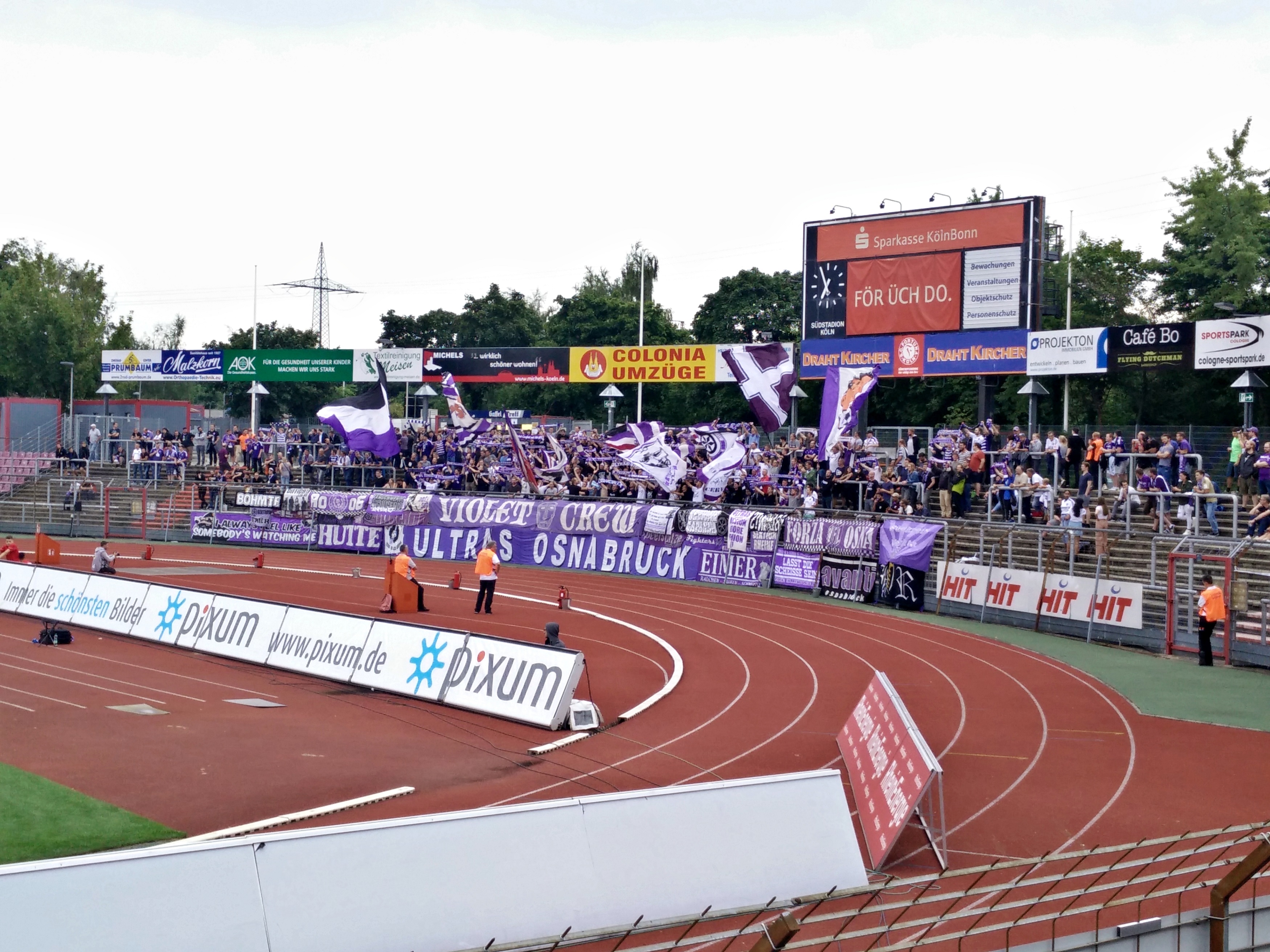 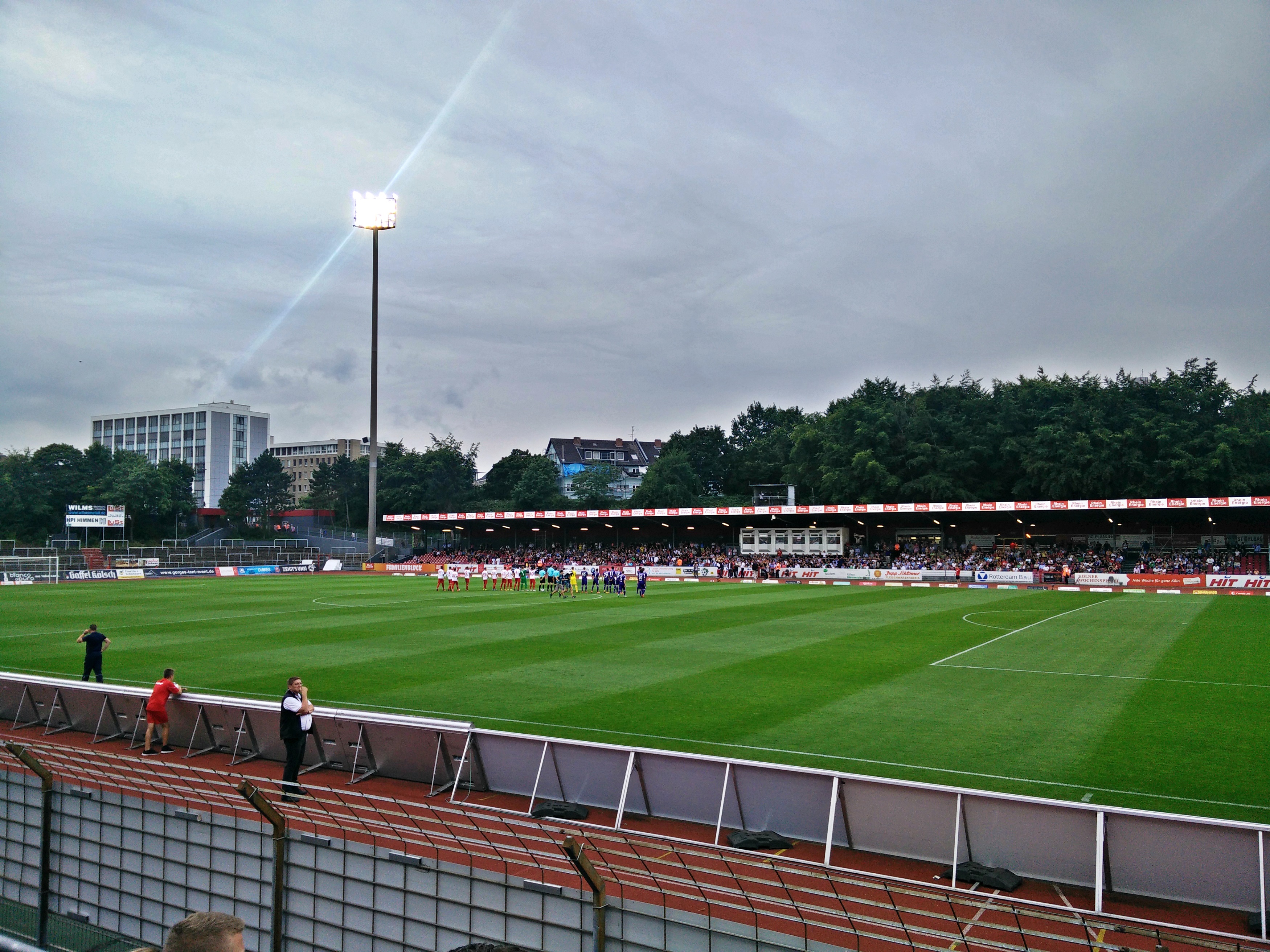 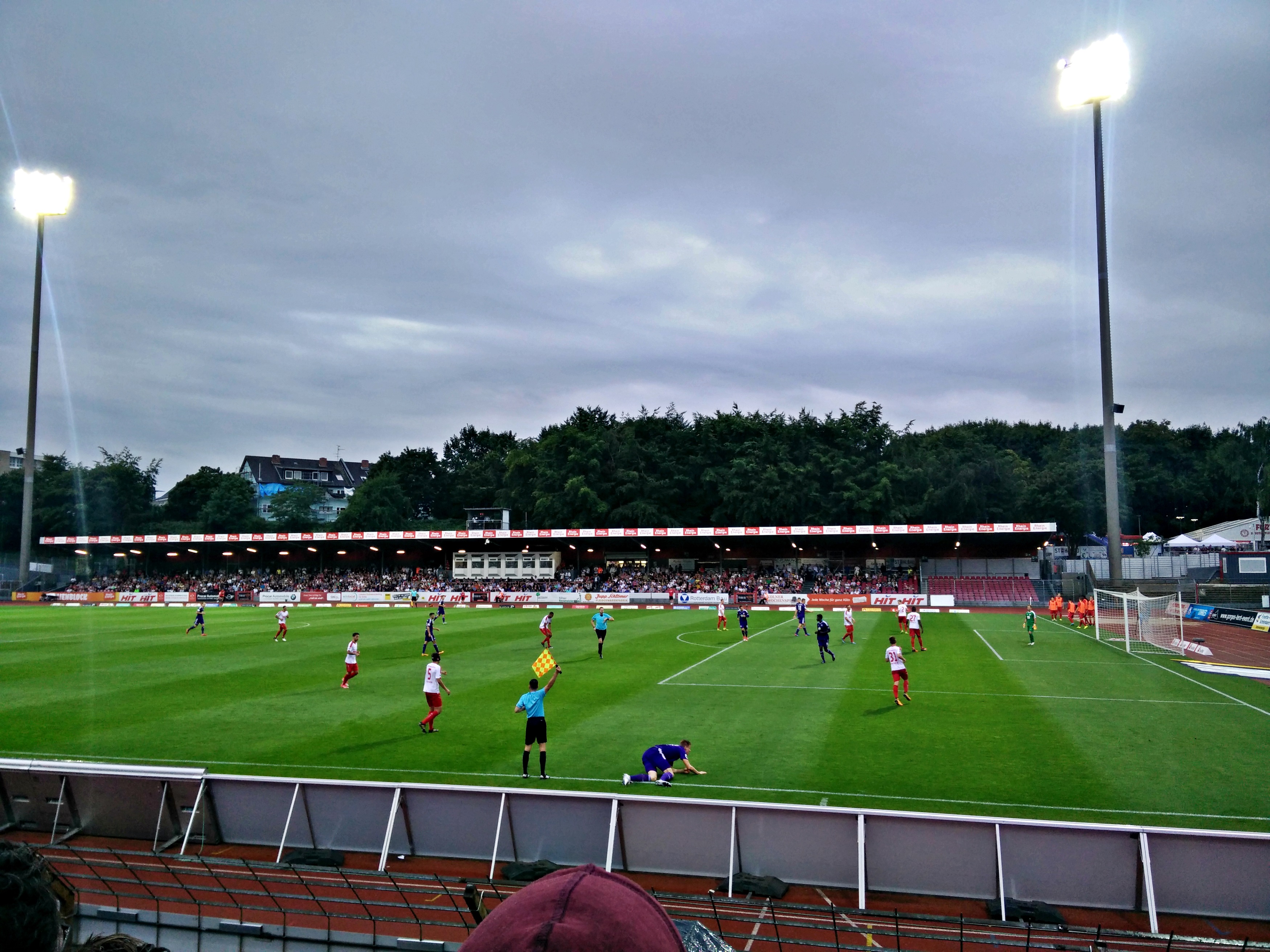