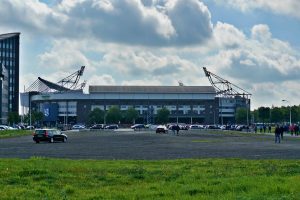 SC Heerenveen was founded in 1920 as Athleta, before their name got changed twice to Spartaan and later on to vv Heerenveen. In1974, the club was in financial trouble and to ensure its survival the club was split into amateur and professional sections, the professional part being renamed sc Heerenveen. SC Heerenveen never won the Eredivisie but ended in 2nd position in the 1999/00 season. In 1993 and 1997 the club missed out on the Dutch Cup as they lost both finals, but in 2009 they finally managed to win it.

In today's game against PSV Eindhoven, SC Heerenveen instantly got in front after a beautiful goal by Zeneli. Only 2 minutes later their lead was even doubled by Reza; 2-0 after just 6 minutes, what a start! Both sides still got a few good chances but the game was killed when PSV got reduced to 10 players after 38 minutes. After the break Heerenveen missed a few good chances and even a penalty was saved by PSV's goalkeeper, keeping the final score at 2-0. The atmosphere from both sides was actually very good and I also enjoyed the ground, something I don't often do in the Netherlands.

The Abe Lenstra Stadion was opened in 1994 and it can hold 26.100 fans. The ground has been used by the national team twice; 1985 vs Bulgaria and 2009 vs Paraguay. The ground is named after Abe Lenstra, an old-player who is seen as one of the best Dutch players in history, scoring about 700 goals in about 730 games. I absolutely love the fact that a club names their ground to a player, especially when it's a part of the older part of the club's history, which is often too quickly forgotten. It's been a while since I enjoyed a game in the Netherlands, so I can only recommend this beautiful club. 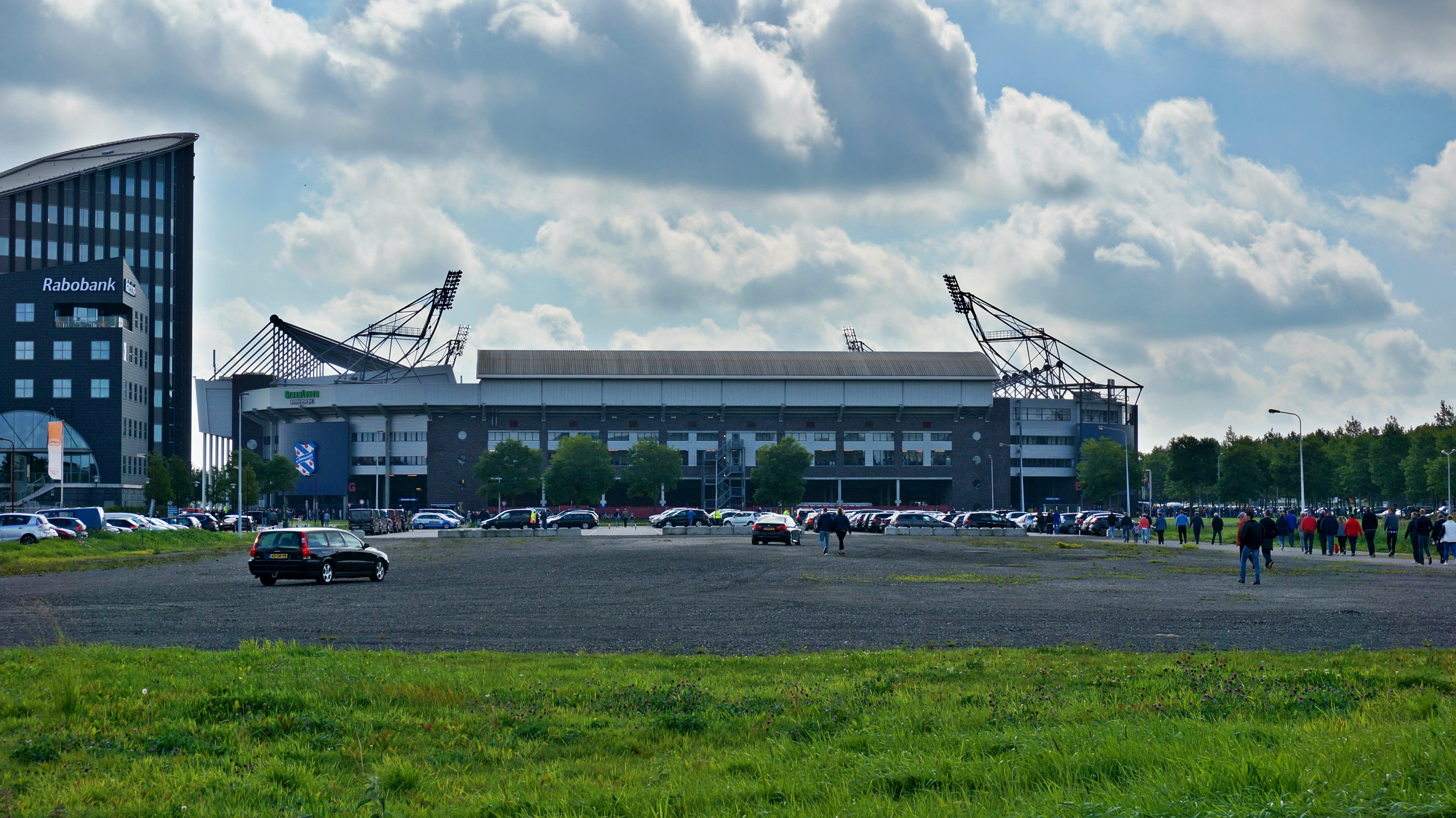 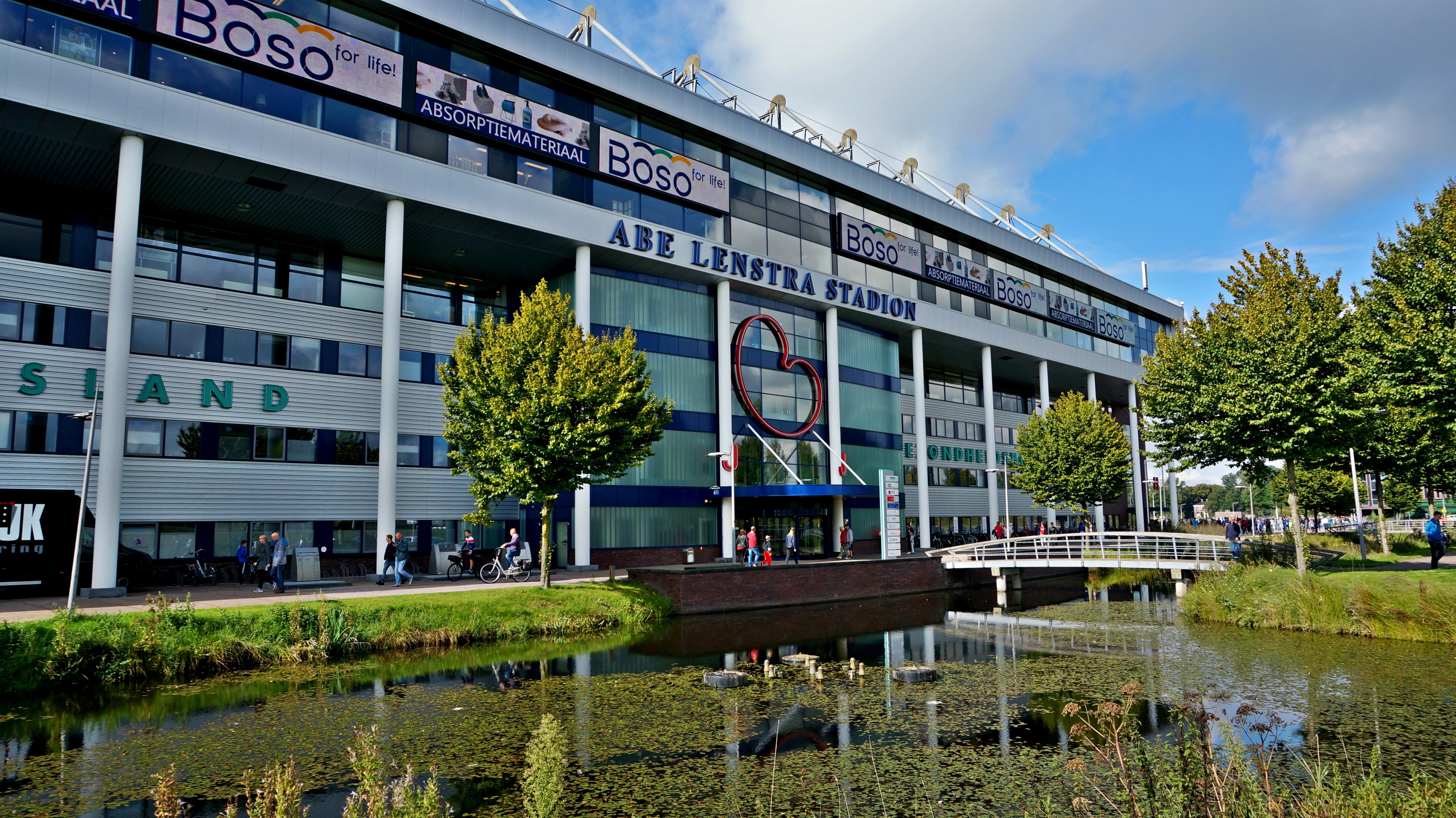 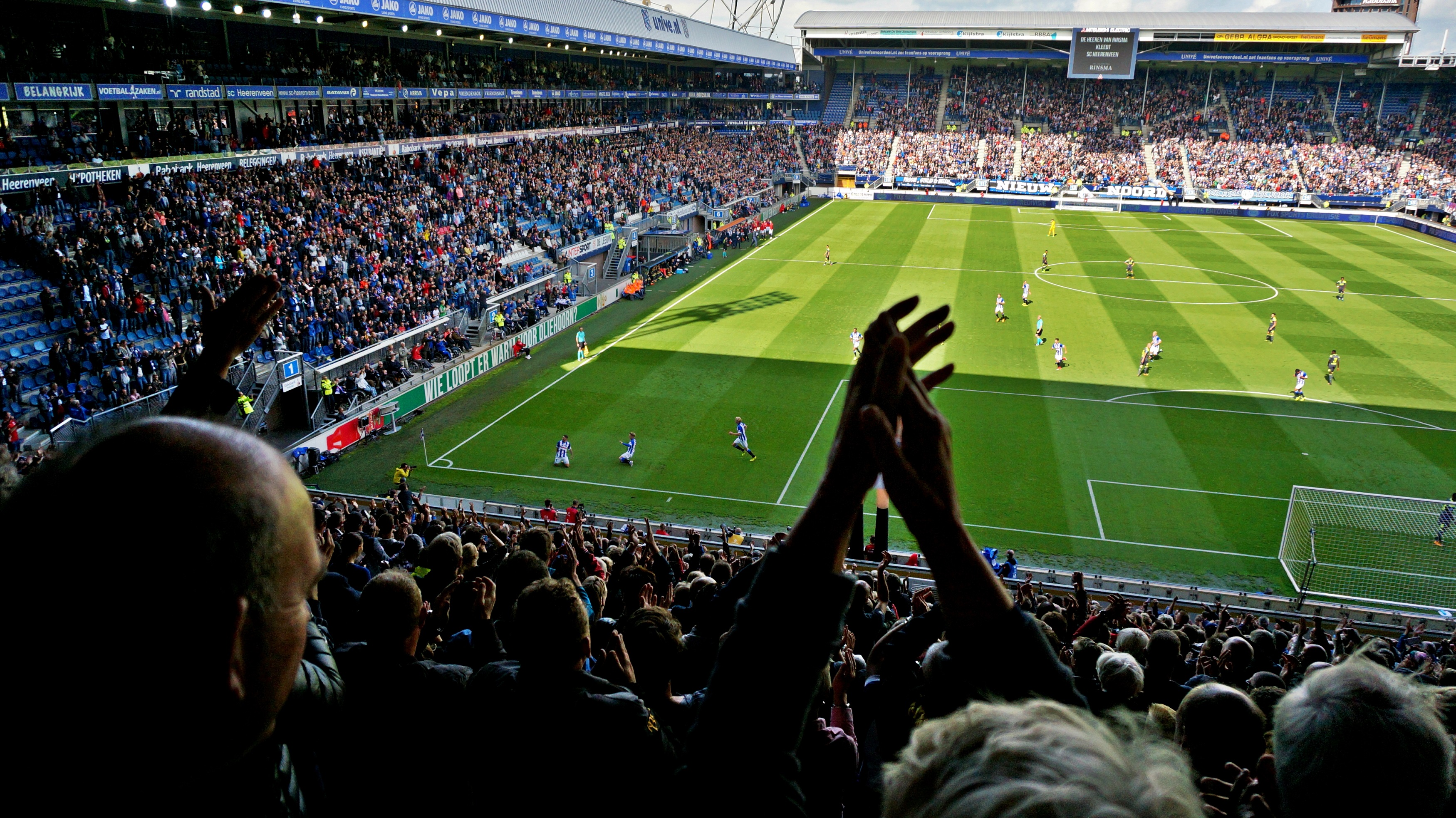 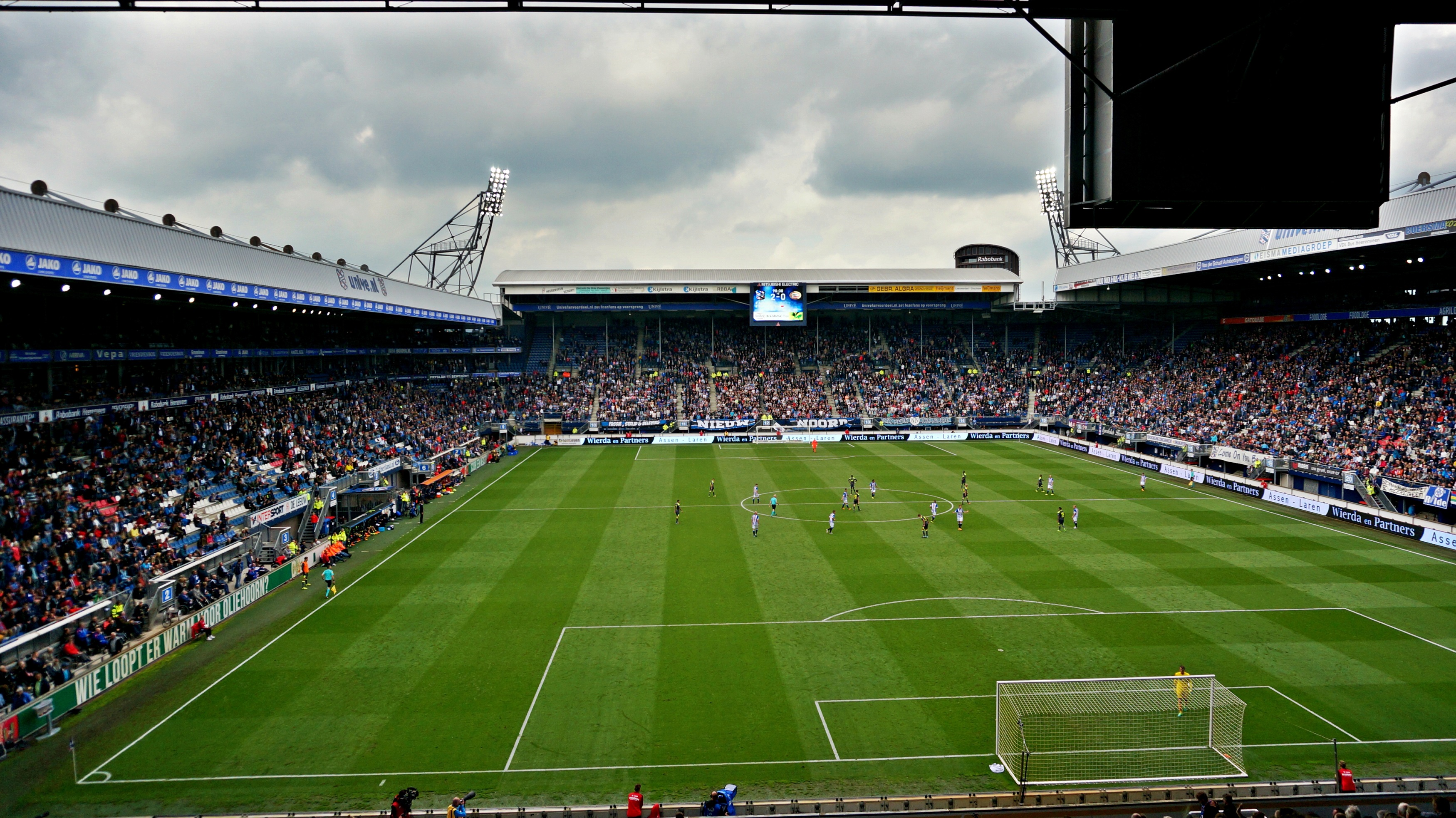 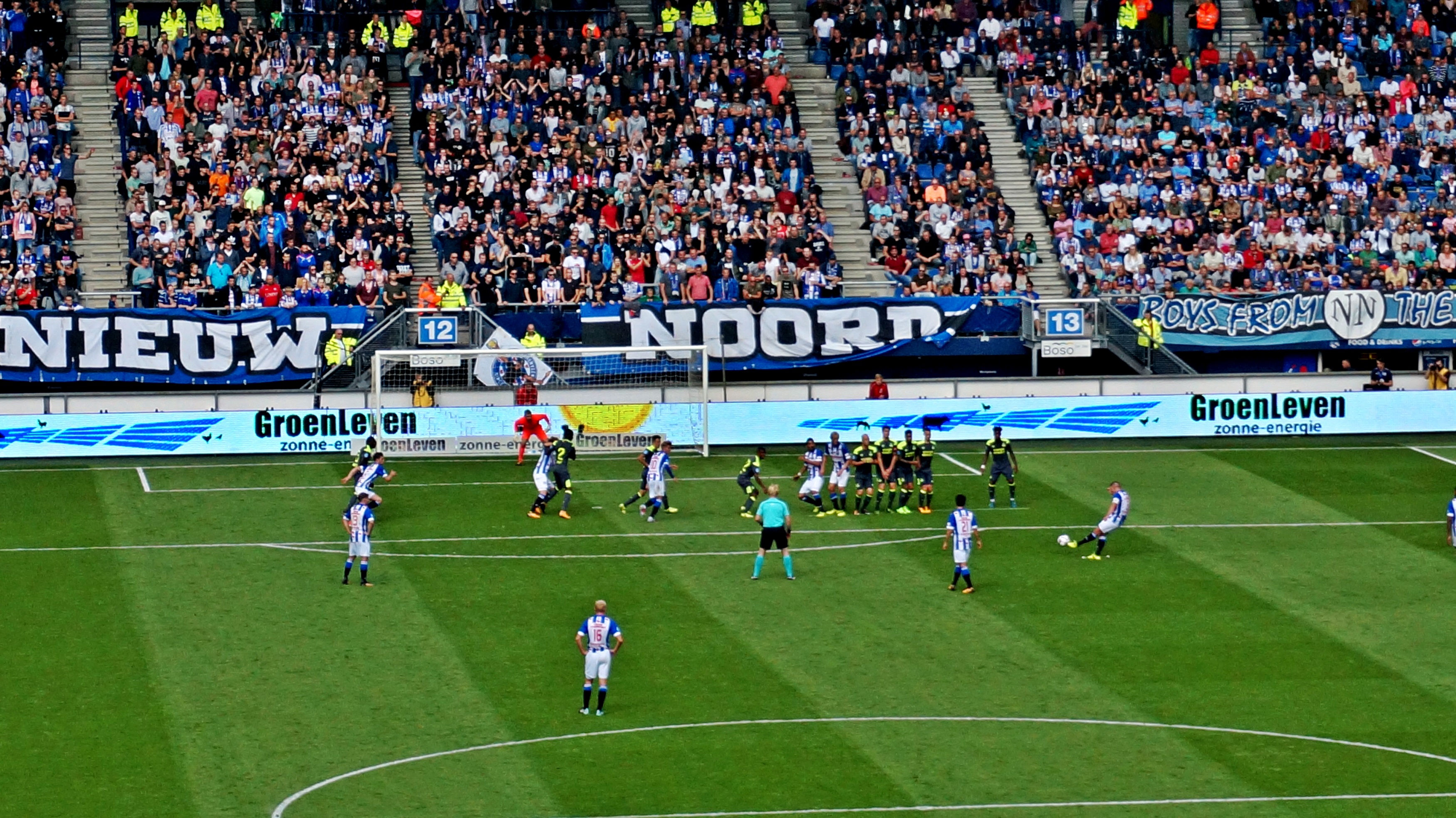