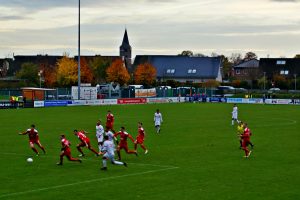 After the game between Borussia Mönchengladbach U19 and Bayer Leverkusen U19, I went Wegberg-Beeck, which is just a 15 minutes drive. Arriving at the ground, parking was very easy too. When entering the ground it actually looked more like a Dutch lower league ground than a German one.

FC Wegberg-Beeck was founded in 1920 as Sportvereins 1920 Beeck. After the Second World War, the club changed their name to SC Beeck. In July 1996, the club changed their name again to the current FC Wegberg-Beeck. Their current Waldstadion was built in 1998 and has the capacity for 5.000 fans, including 422 seats. The ground was opened in a friendly against Borussia Mönchengladbach.

The game against Fortuna Düsseldorf II started very slow. Both sides got a few chances during the first half with the home team being the most dangerous. After the break the game turned a bit but it took Fortuna until the 70th minute to score the first goal of the afternoon; 0-1. From that moment on the lock was unlocked and only 5 minutes later the visitors scored again; 0-2. Wegberg-Beeck tried to pull one back but in the last minutes of the game it got even worse with a 3th goal; 0-3. 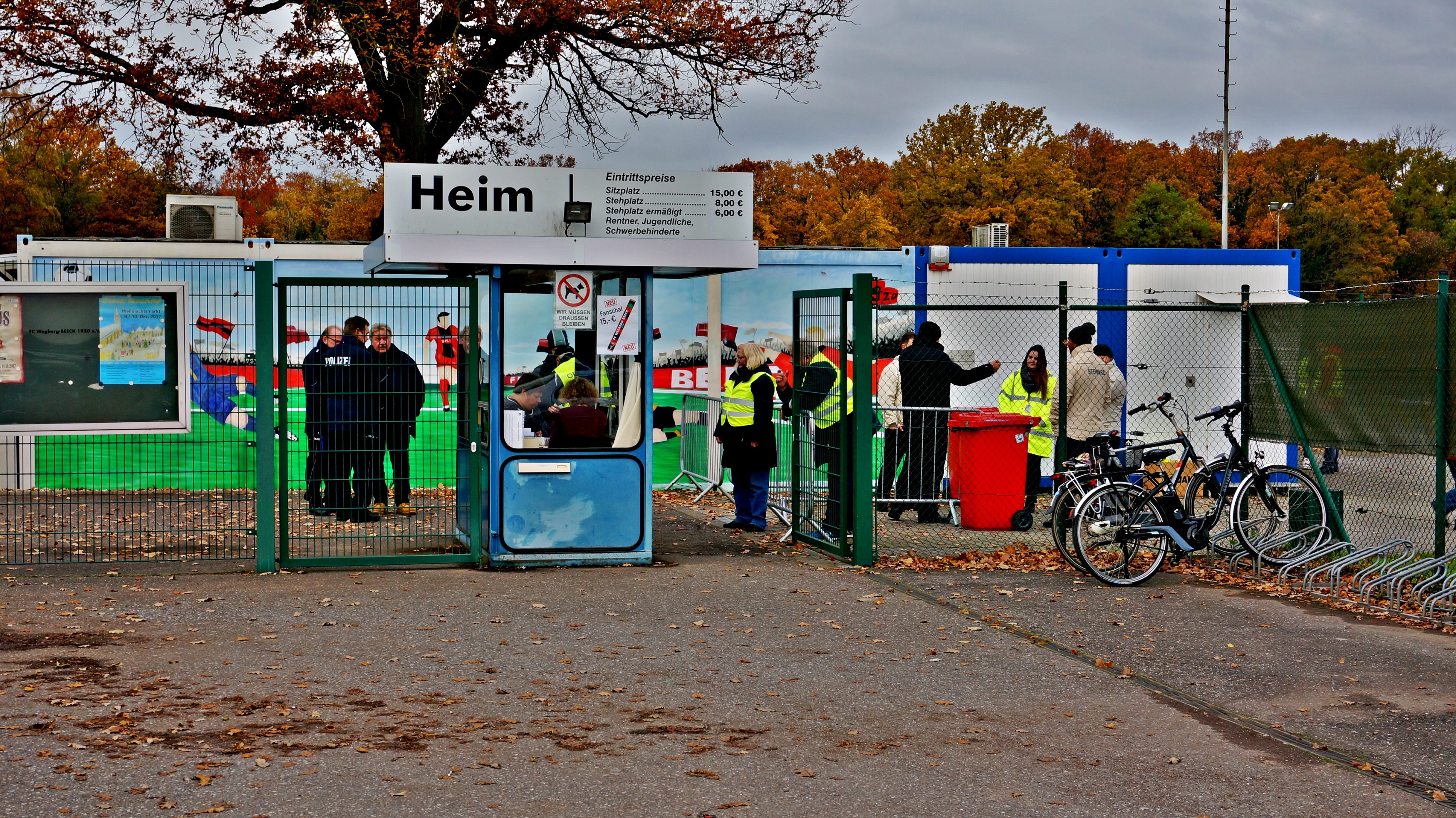 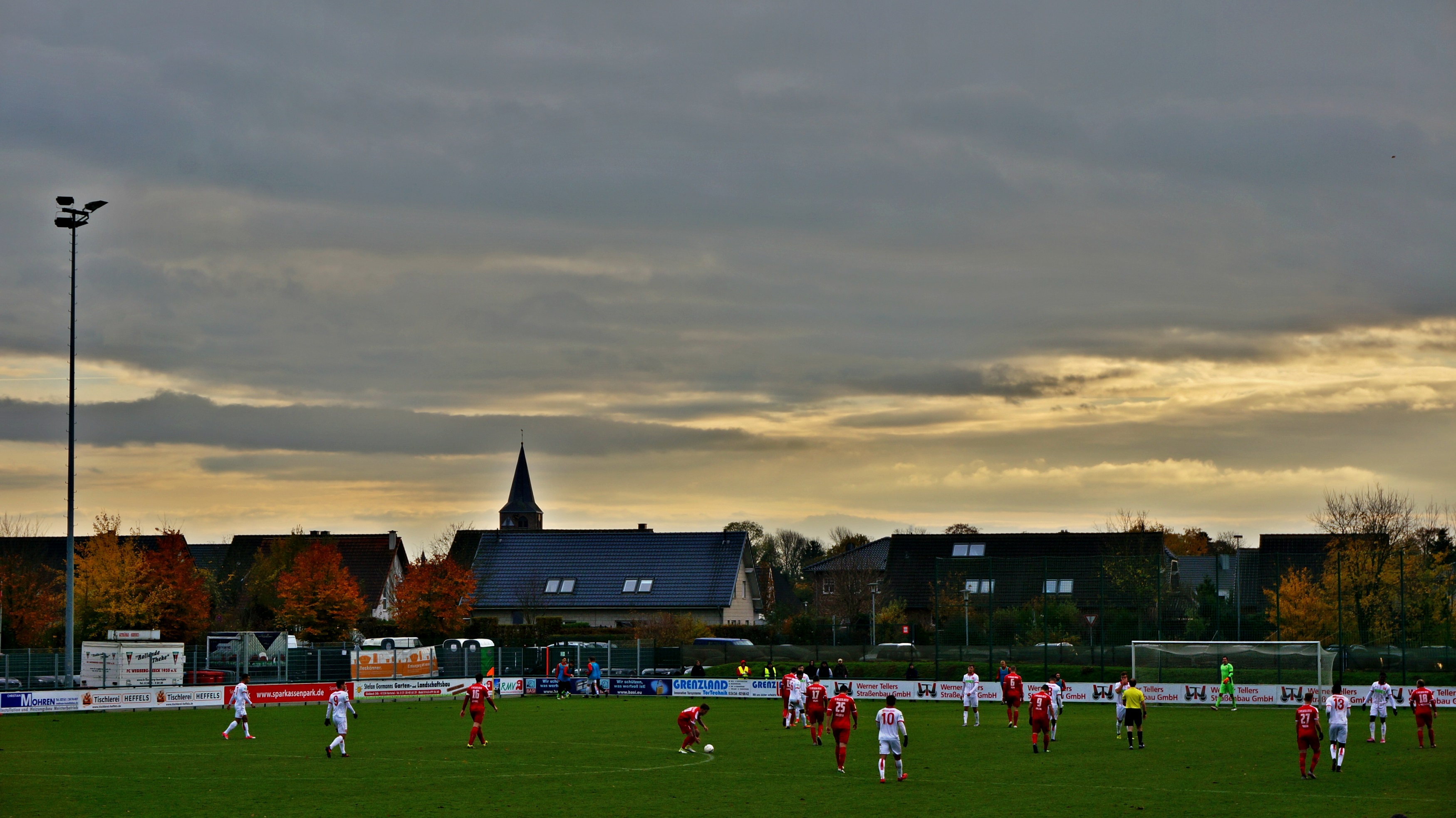 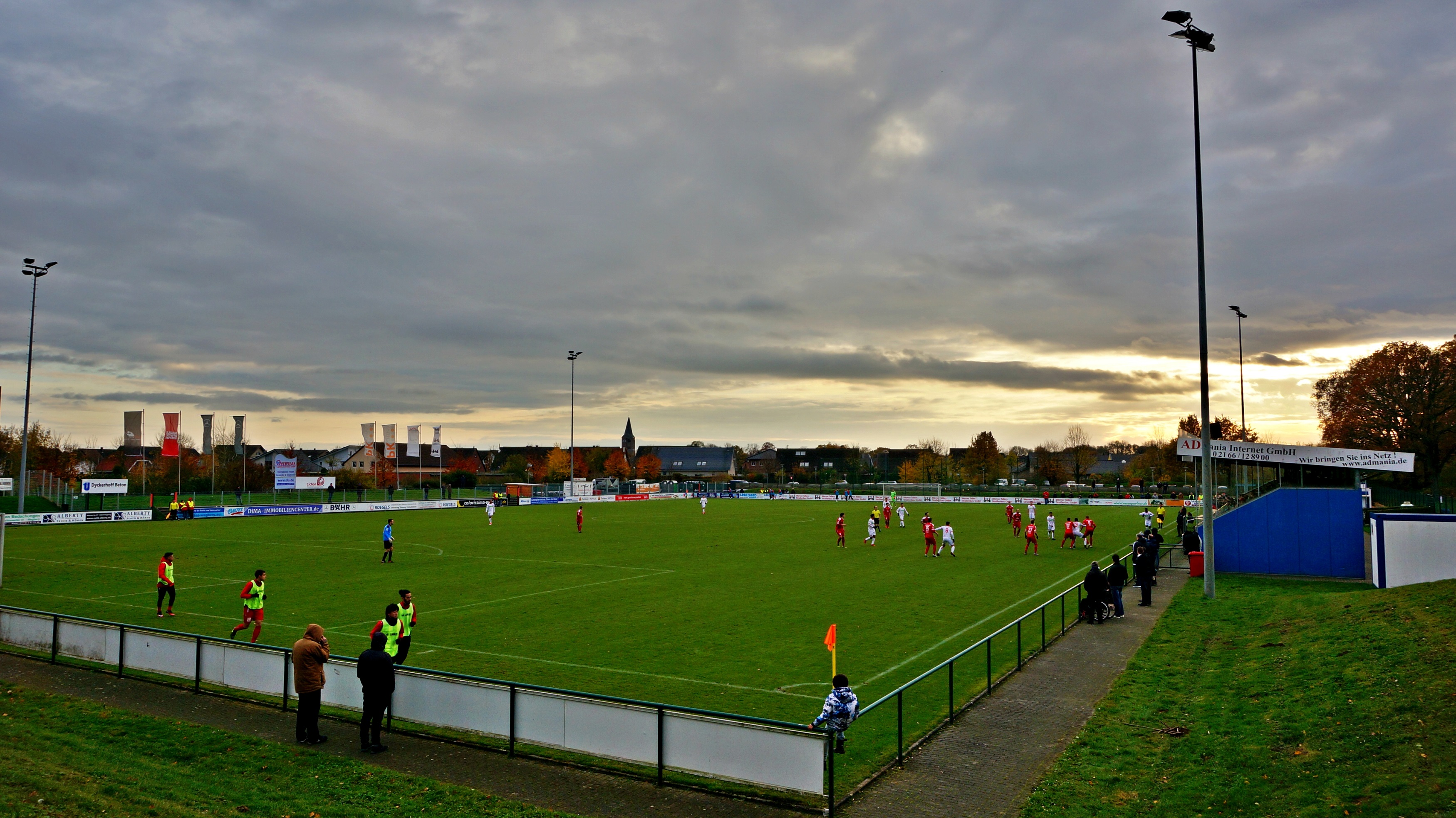 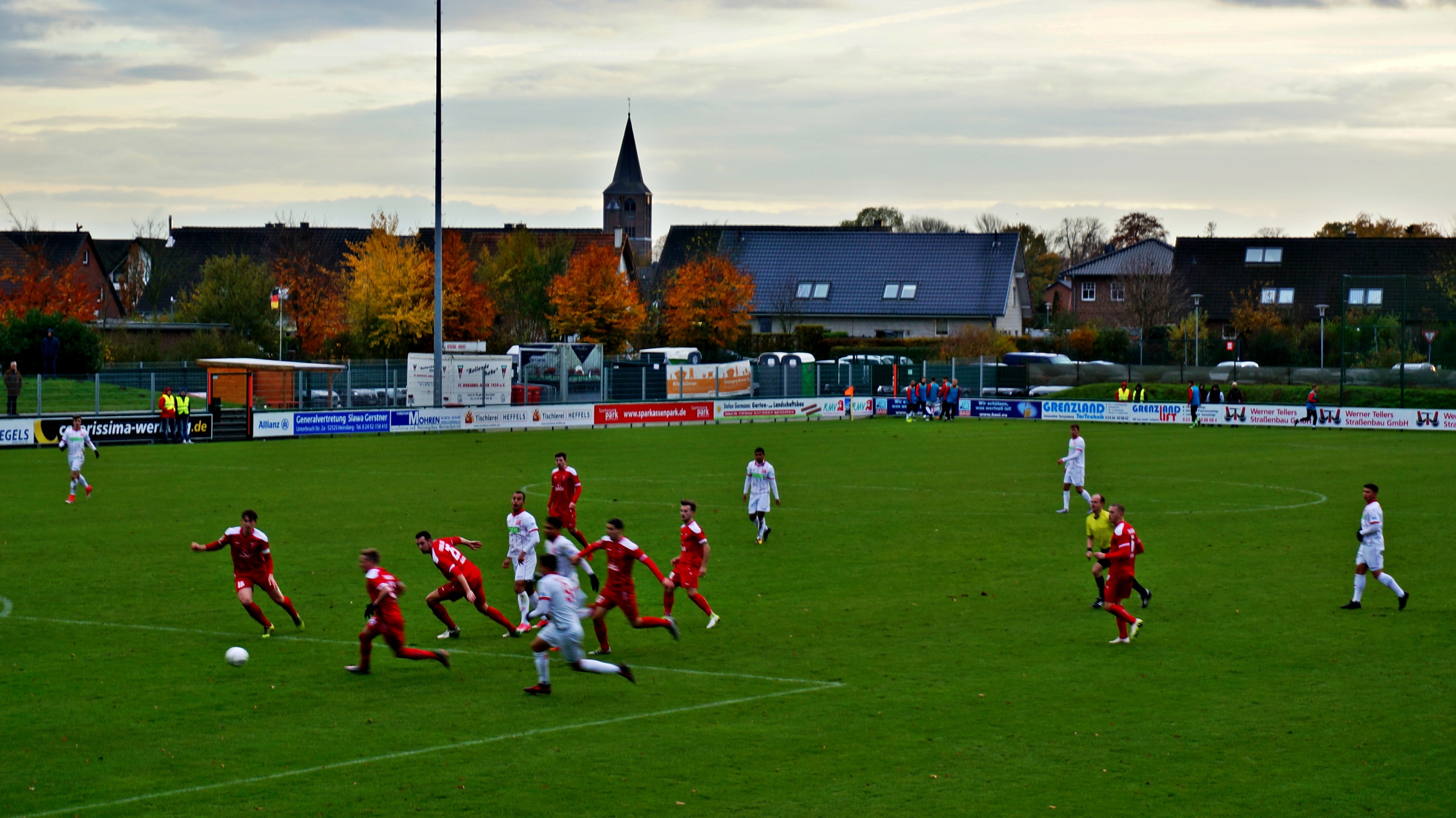 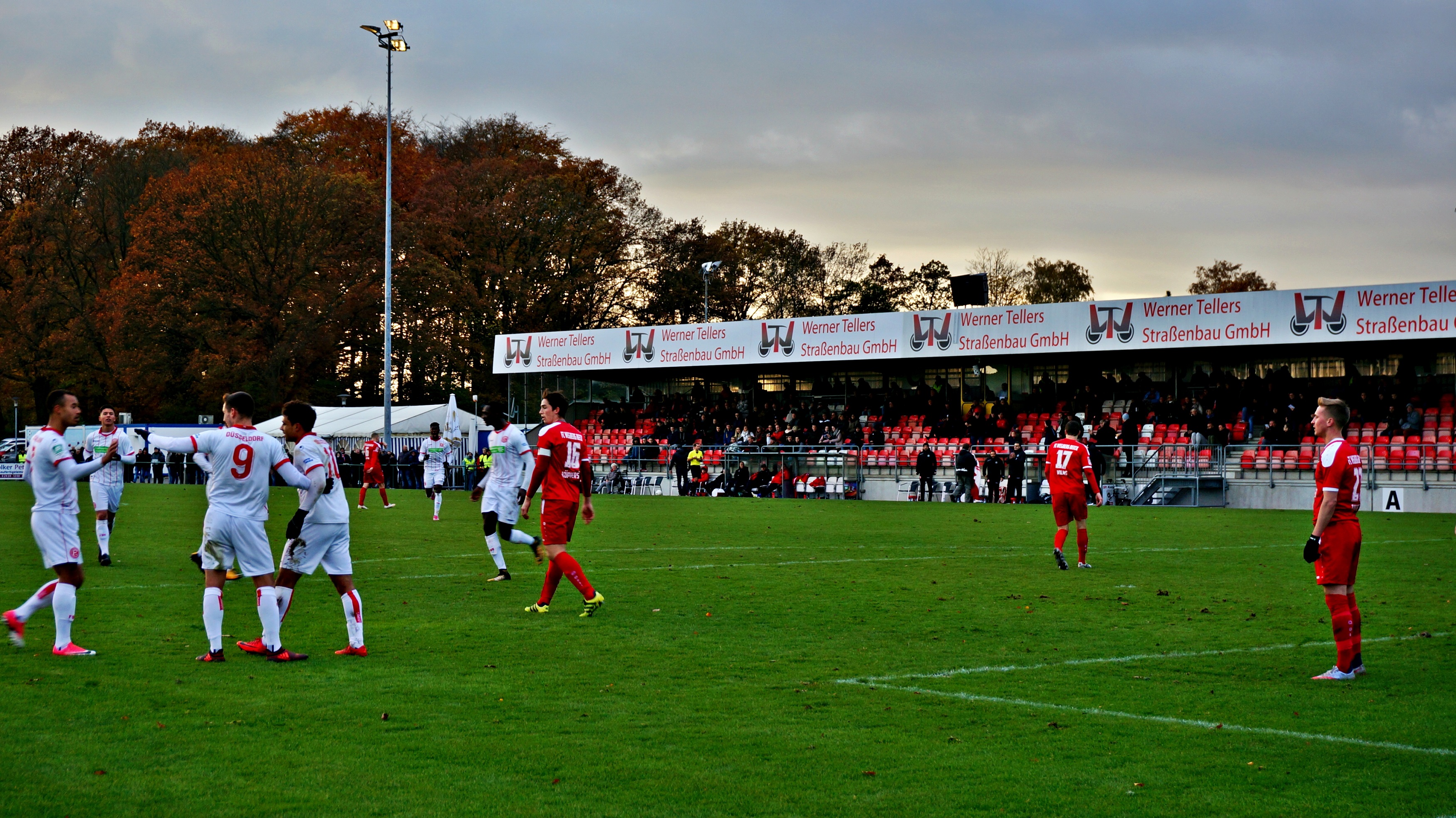 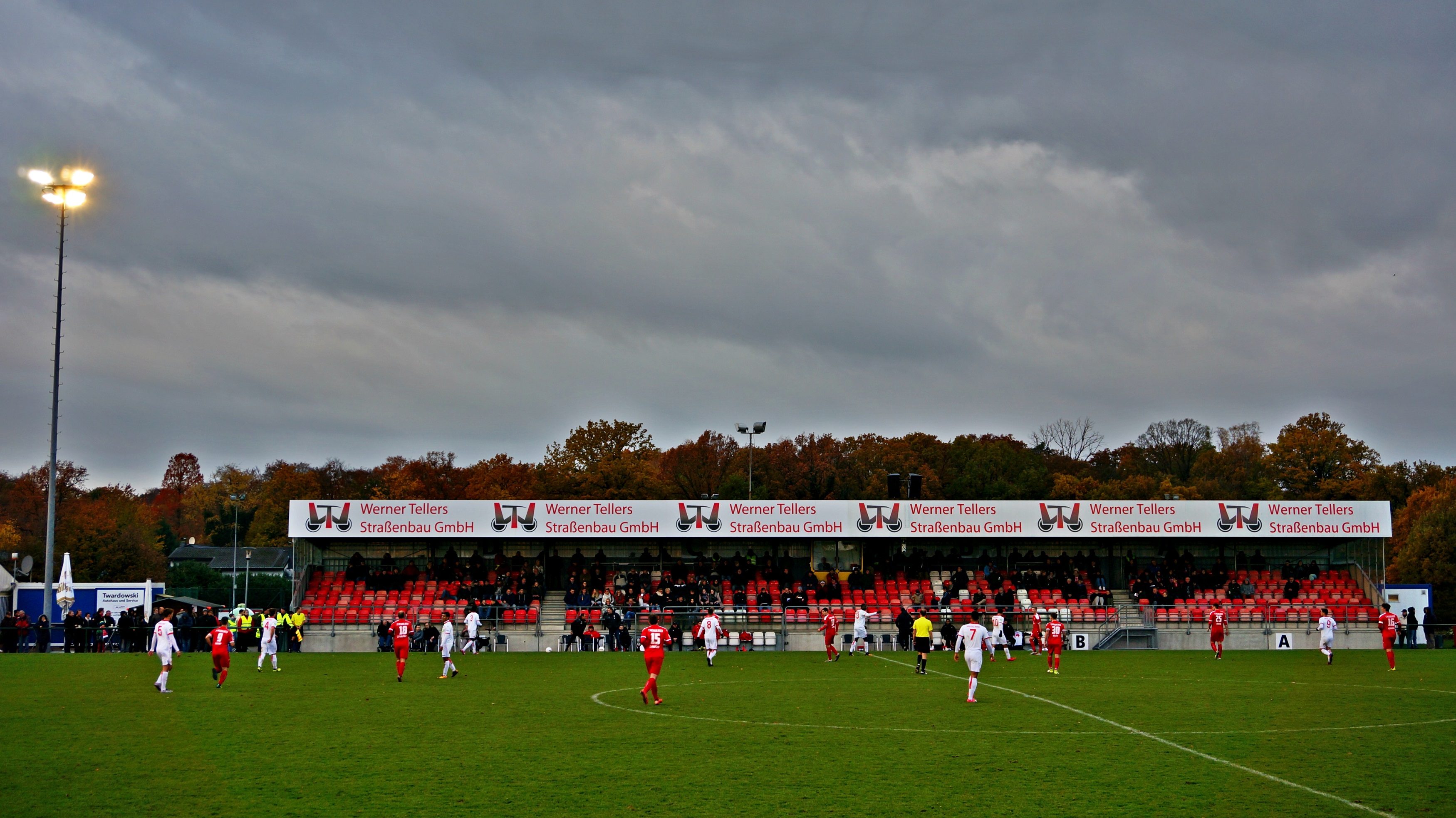