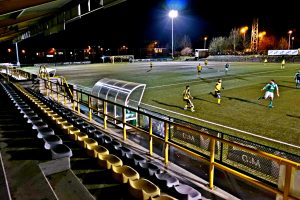 When arriving at the ground the club's "matricule", number 33, shows that it's one of Belgium's oldest clubs. Fléron FC was founded in 1908 and until 1975 the club has almost always played at the national levels and even reached the 2nd level of Belgian football. After 1975 the club never returned to the national leagues and has always played in the provincial levels. In 2002 the club merged with Royal Star Romsée, to become Royal Star Fléron. The club is currently active at the 7th level of Belgian football or the 2nd provincial level.

The visitors for today, Cercle Sportif Verviers, are playing one level below Fléron. Nevertheless they started the game much better and got 0-2 up, scoring a beautiful 2nd goal from distance. The home team missed a penalty but still made it 1-2 later on. But before the break the visitors expanded their lead again, making it 1-3. After the break Fléron fought back, making it 2-3 with 30 minutes to go. Verviers hit the bar for the 2nd time in the evening and almost scored another beauty from distance but it was the home team who made it 3-3 in the last minutes, which was probably an offside case for the unavailable video assistent. 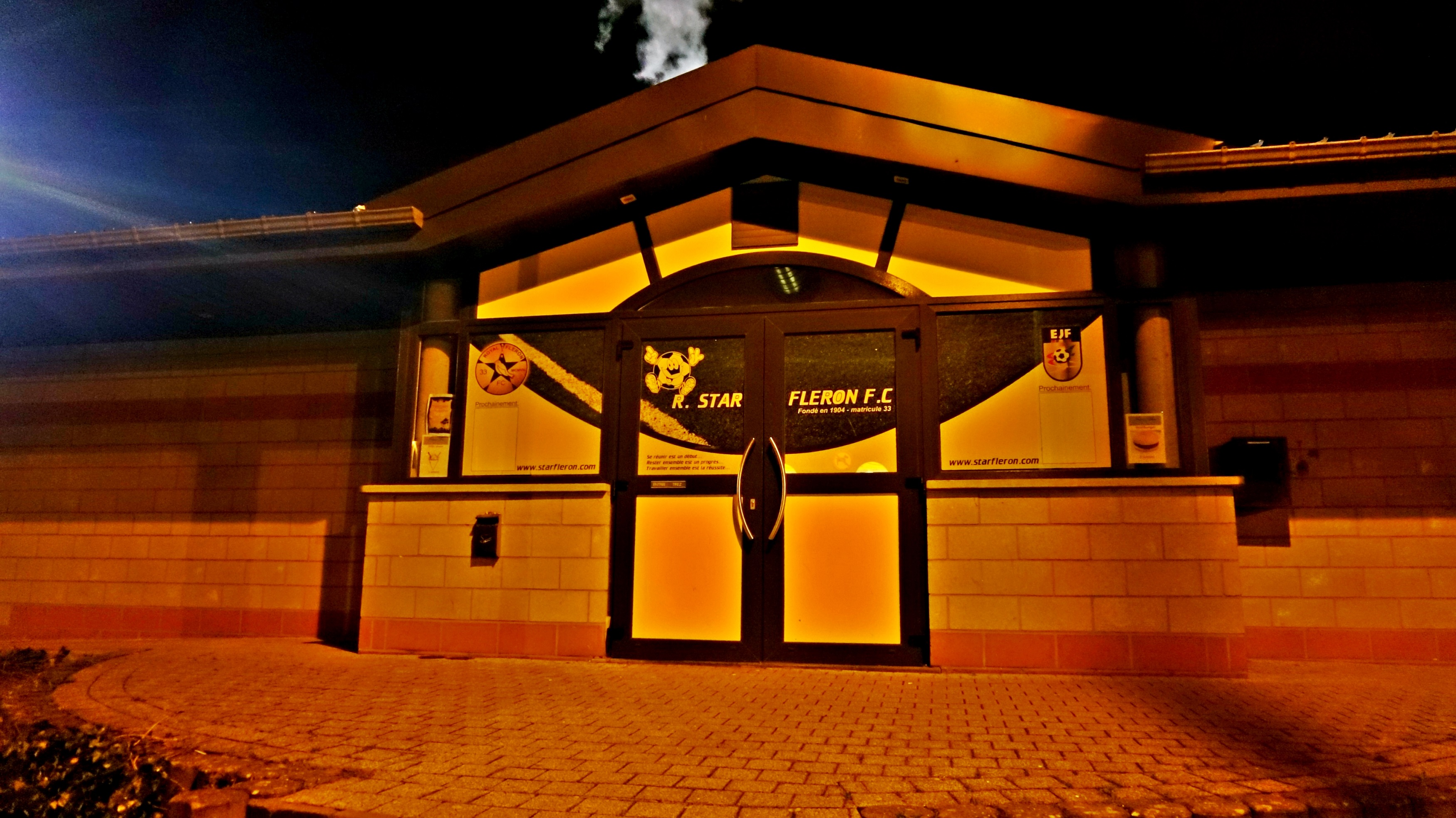 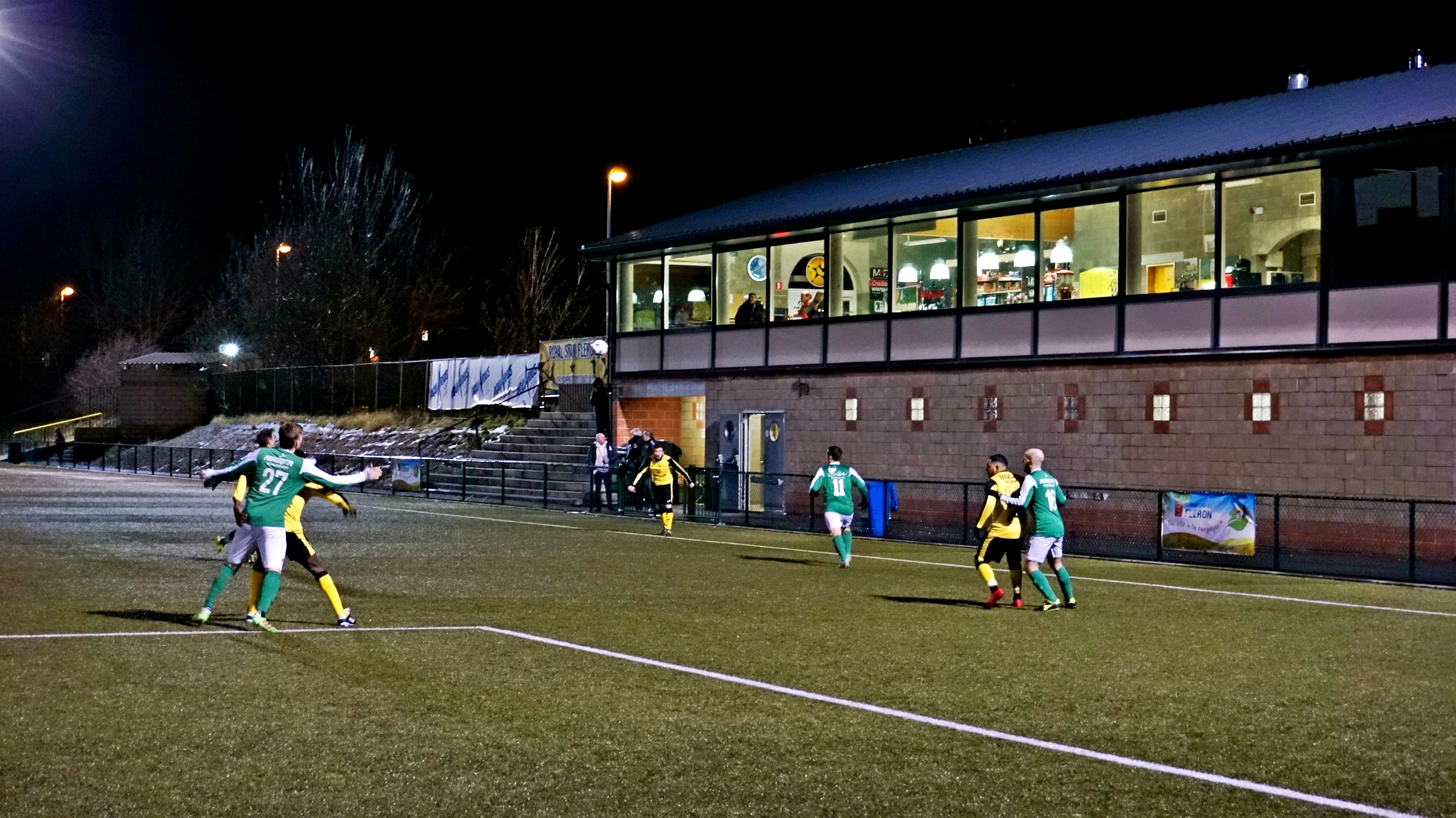 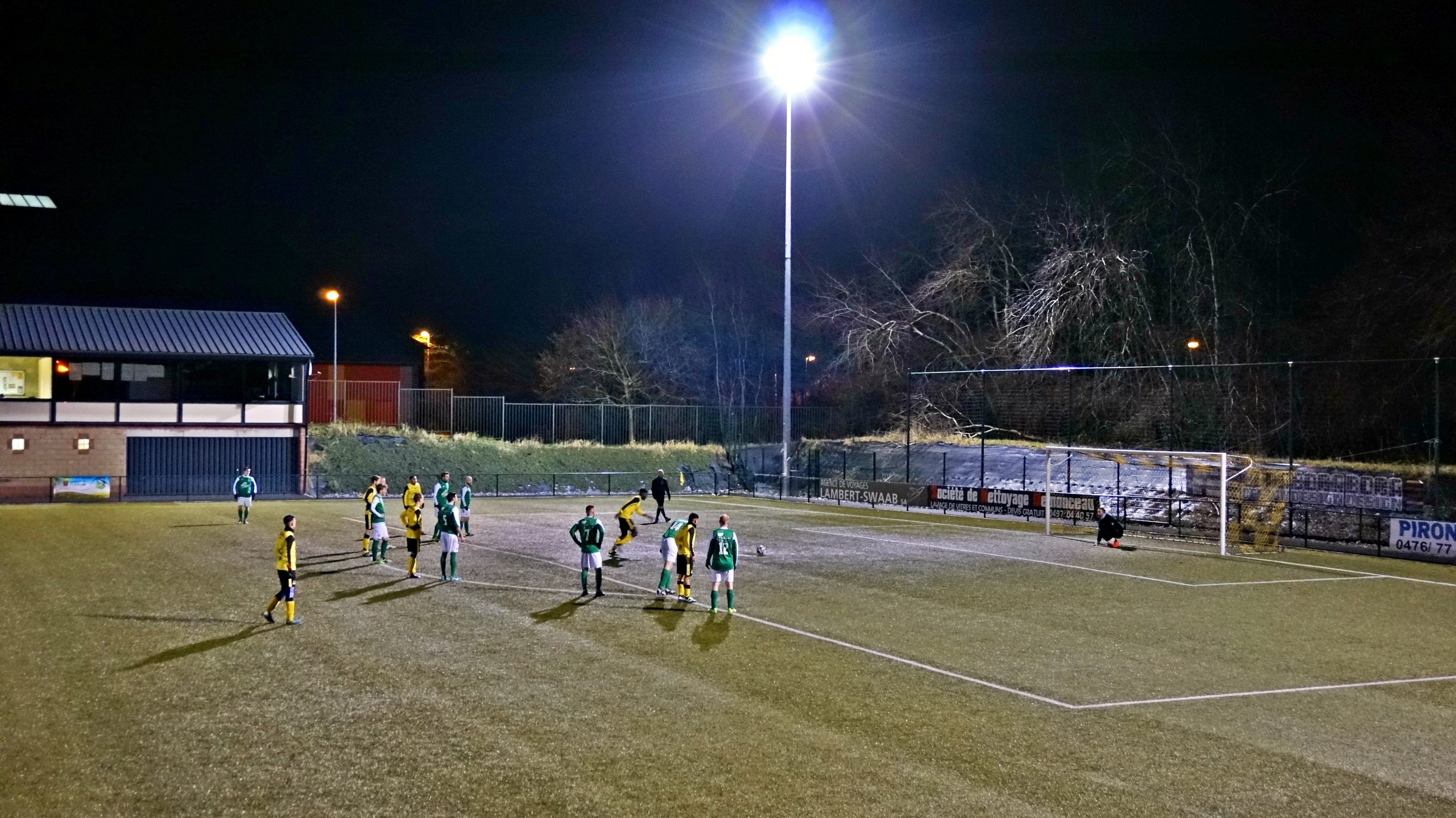 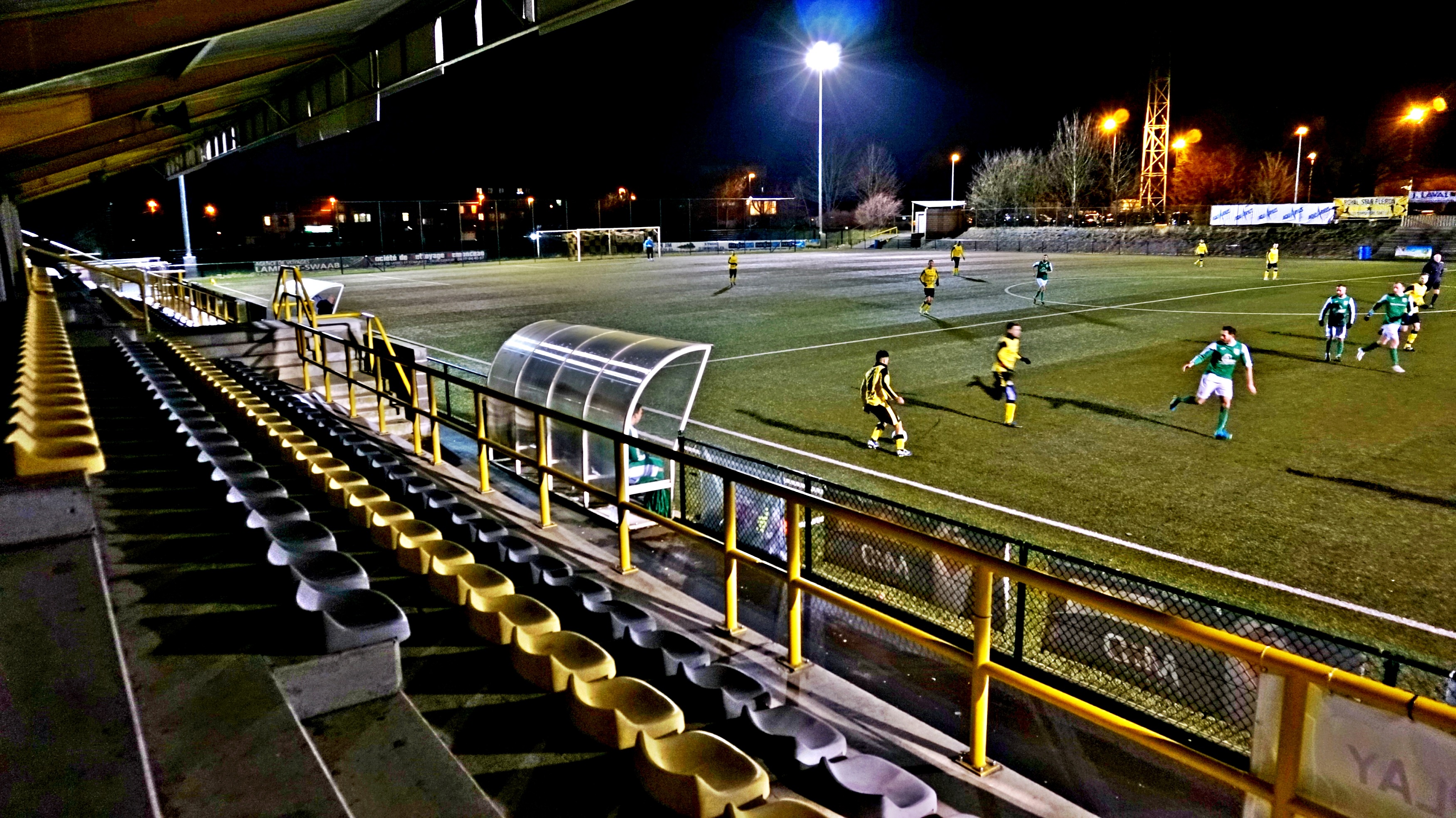 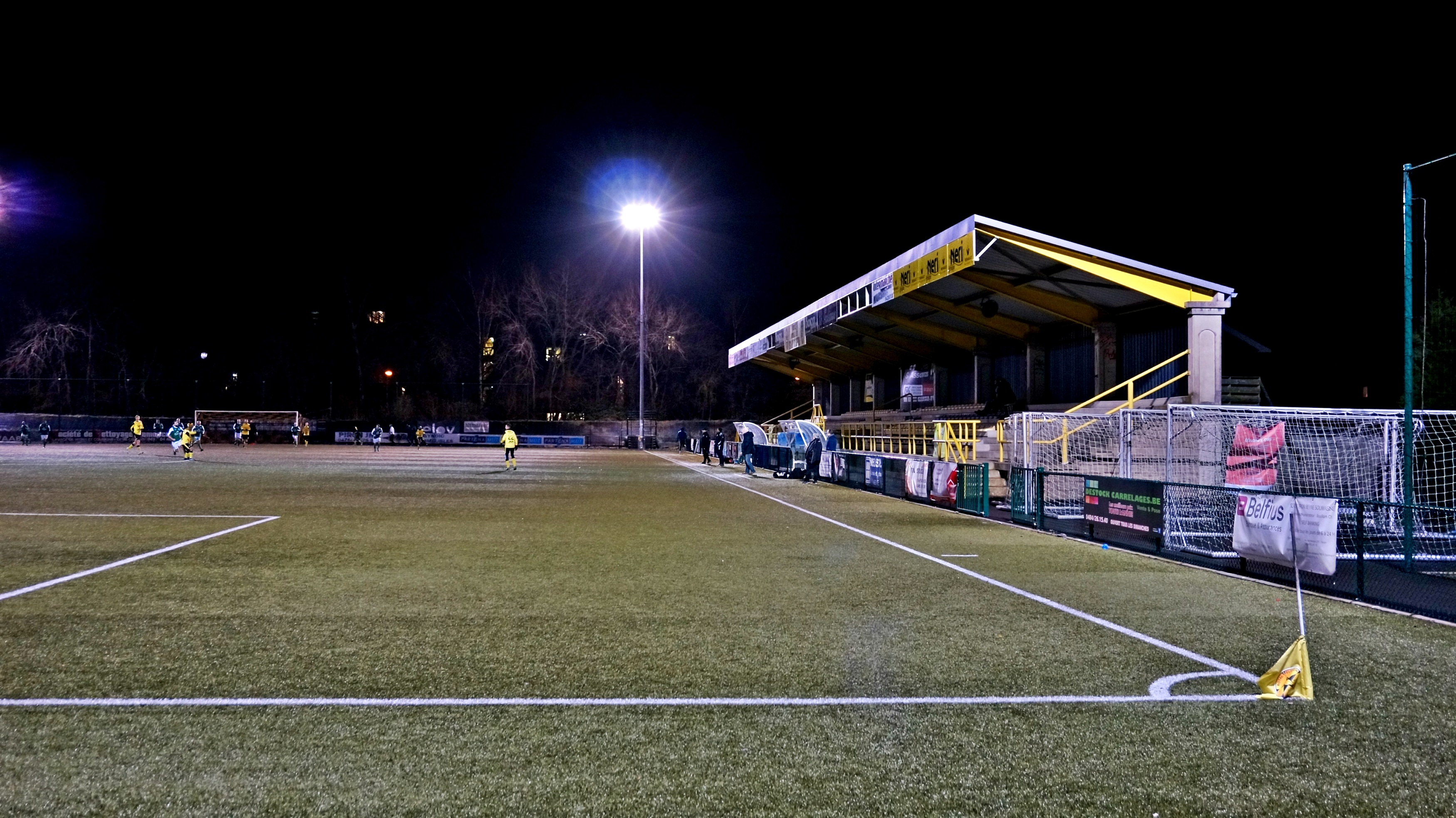 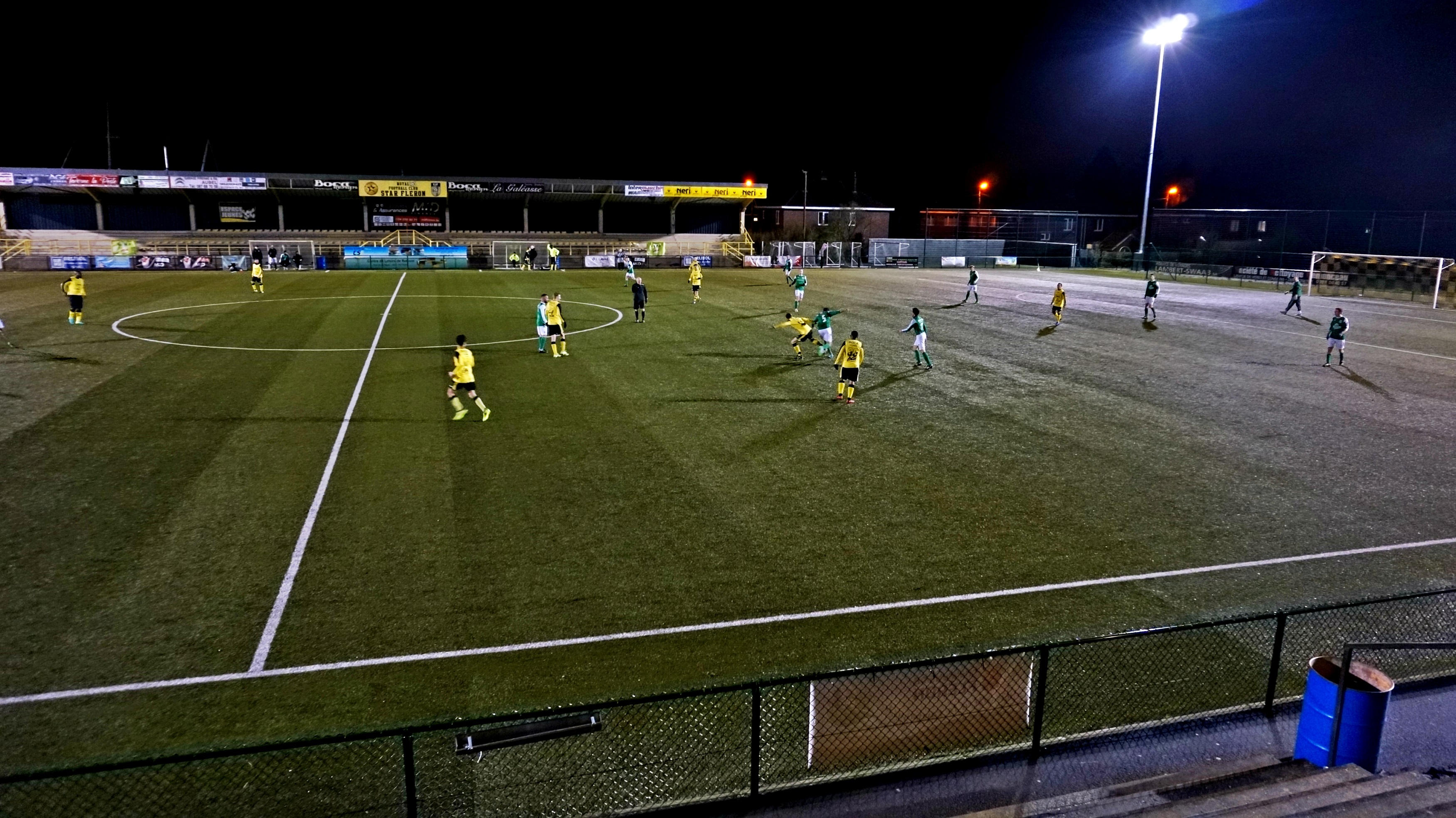