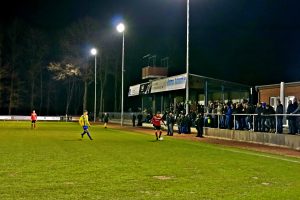 FC Germania Teveren and Viktoria Köln finally met each other as the game was postponed for several times. The visitors from Köln are having a very good season, being league leaders in the Regionalliga West, while FC Germania Teveren is close to the relegation spots in the Landesliga. FC Germania Teveren was founded in 1910 and for most of it's history, the club played in the German lower leagues. The club reached the national 3th tier for the first time in 1996 for 2 seasons. Nowadays they're active in the Landesliga, which is the 6th tier of German football.

The Mittelrhein Pokal game against Viktoria Köln wasn't a very good display from both teams. Teveren could not really endanger the visiting keeper during the entire game while the visitors scored from their first chance in the 11th minute; 0-1. At the half hour mark they doubled their lead with a free kick which went under the jumping wall; 0-2 at the break. After the break Viktoria Köln scored 2 more goals, resulting in a 0-4 final score. 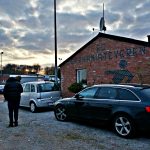 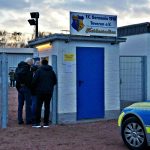 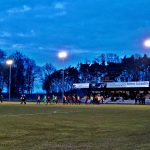 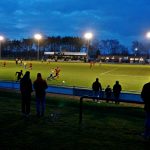 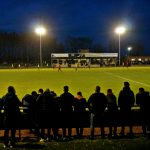 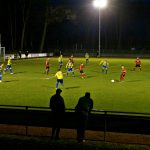 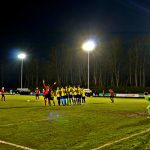 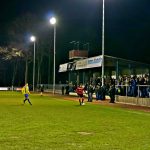