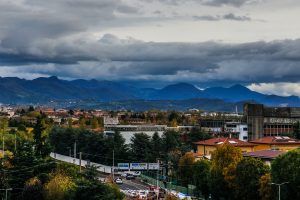 When I booked my trip to Bergamo last June I was hoping for Atalanta Bergamo to play at home, something the Italian FA fixed for me. But later on, when they published the schedule including the kick-off times they forget I would arrive on Saturday at 3 pm, exactly when Atalanta Bergamo was hosting FC Parma.

Luckily FC Hellas Verona was scheduled on 6, which was easy to reach after picking up the rental car and dropping the luggage at the hotel in Bergamo. A 1 hour and 10 minutes drive took me to the 'Parcheggio Stazione Ovest', which was only a 15 minute walk to the 'Stadio Marc'Antonio Bentegodi'. As the rain kept on falling I bought a €25,00 ticket for the highest tier, the Tribuna Ovest Superiore, just to make sure I wouldn't drown.

'Il Mastino del Bentegodi' managed to keep the 3 points at home after a 2-1 win. The game was attended by 9.525 fans including 239 visitors. 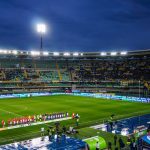 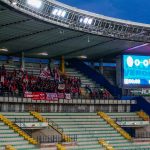 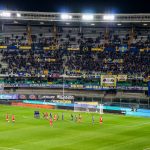 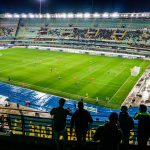 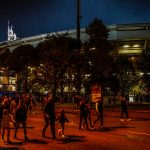 On day 2 a Serie A double was possible as US Sassuolo kicked-off early against FC Bologna. US Sassuolo is playing their home games at the 'MAPEI Stadium - Città del Tricolore', which can hold 20.000 fans. It didn't stop raining until we arrived at the ground, which lead to only 1 stop, Piacenza Calcio. At the ground we decided to take covered seats, which were €25.

About 1200 visitors (on a total of 12.000 spectators) made the trip to Reggio Emilia but as Sassuolo isn't selling out at all, a fair amount of tickets were donated or sold for a very low price to nearby youth clubs, with most of them supporting... the visitors. Both teams managed to score twice while many fans had to seek shelter as it rained cats and dogs for the entire 2nd half. 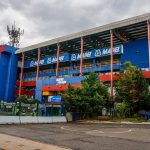 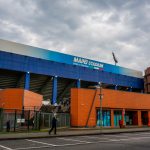 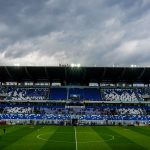 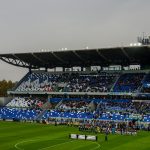 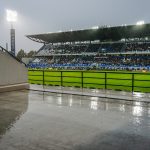 After the game in Sassuolo we left Reggio Emilia for Milan, where AC Milan was hosting UC Sampdoria in San Siro. After parking our car at Lampugnano metro station we had a 20 minute walk to go. Arriving at the ground the stadium looked very impressing from the outside (it's more impressive than the inside) and after queuing for a few minutes we got 2 tickets at €45,00 each.

The game and the atmosphere were decent from both sides, with a 3-2 for AC Milan. I've never witnessed anything more annoying than the beer (€ 5,00) and food (read: overpriced crisps..) vendors inside the ground. It's terrible to see how they can keep on selling stuff during games and how they stand in front of people who want to watch the game.. 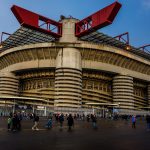 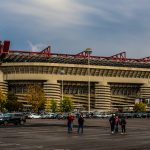 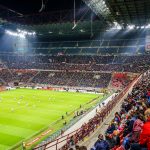 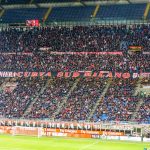 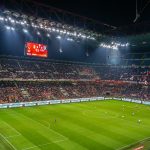 Internazionale U19 - Juventus U19

Day 3, where we had planned to visit a few grounds but because of the rainstorms we only tried to get in at SS Monza 1912, before going to the Milan city center, visiting the 'Duomo' and a few local restaurants and shops. We left the car at the parking next to SSD Pro Sesto where Internazionale U19 and Juventus U19 were playing that same evening. When returning to the game it started to storm and we never expected the game to be on.

Tickets were at €5,00 and after the referee inspected the ground with the 2 captains the game was on, 10 minutes later than expected. The first 45 minutes looked like a water ballet and with 15 minutes to go in the 2nd part the floodlights failed.. As the entire day was wet and cold we decided to leave, missing Juventus going from 3-1 behind to 3-3. 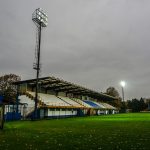 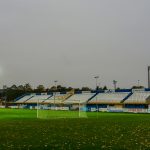 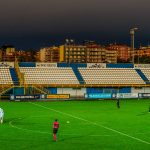 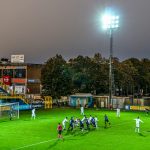 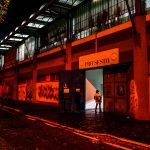 "Save the best for last" is a perfect resume of our last day in Italy, as we finally managed to visit a few grounds (Virtus Bergamo and USD Scanzorosciate) and got to the 'Città Alta' in Bergamo. In the evening we were off to Cremona where US Cremonese were hosting Venezia FC. Tickets were at €15,00 and about 6300 fans showed up including 150 Venetians.

The atmosphere was absolutely fantastic during the entire game, making me miss a big part of it as the activities in the stands were much more intresting. It seems like Cremonese covered 2 of their stands with a brand new roof but the ground is still absolutely worth visiting! Personally my favorite game, ground and atmosphere experience during this trip. 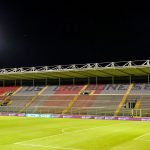 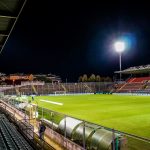 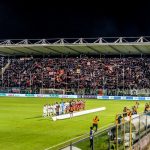 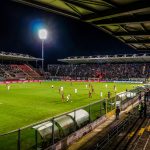 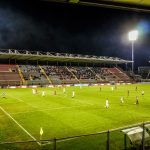