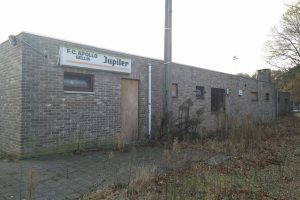 Not just a lost ground in Gellik, but even a double lost ground. FC Apollo 74 Gellik was found in 1974 and started with a competitive team in 1976. Within their first 4 seasons, the club already managed to gain promotion twice.From 1980 until 2000 they were a very decent and stable 2nd provincial team (6th tier). In 2001 Apollo