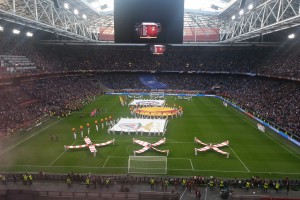 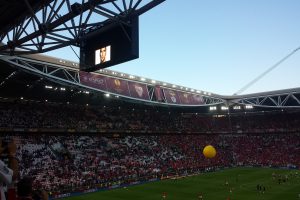 Game: SL Benfica – Sevilla FC 0-0 (2-4 pen.)Competition: Europa League Final, ItalyDate: 14-05-2014Stadium: Juventus Stadium, TurinAttendance: 33.120Ticket Price: €70After visiting last year’s final in Amsterdam between Chelsea and Benfica, I was lucky to have the chance to watch another Europa League Final, thanks to a Belgian supporting club, the Bemvoort.The game was not very good, ending as it started at 0-0. Sevilla won it by