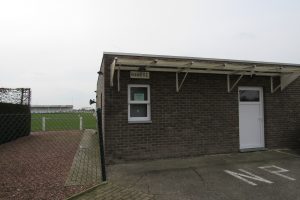 VC Kesselt is a Belgian club situated between Riemst and Lanaken, very close to the border with the Netherlands.The club was founded in 1929 as Kesselt VV (Kesselt Voetbalvereeniging) but stopped in 1933 after having played only 1 season and only managing to win 1 game in 14 games and having 2 points at the end of the season. (2 points for a